A Portslade man has been jailed after trying to meet a 13-year-old girl for sex. 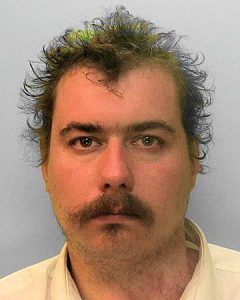 He pleaded guilty at an earlier hearing at Brighton Magistrates’ Court to trying to meet a 13-year-old girl to engage in sexual activity after  grooming her online.

He will be a registered sex offender for 10 years and was also given a sexual harm prevention order (SHPO) to last ten years.

Sexual harm prevention orders are intended to place severe restrictions on his access to children and computers.

Collard, who was living in George William Mews, Portslade, at the time of the offence, was arrested at the Victoria Recreation Ground in Portslade on Sunday 3 June.

His arrest followed information from members of the public who called Sussex Police after they confronted him at the rec, where he had gone thinking he was going to meet a 13-year-old girl for sex.

Sussex Police said: “The case had begun when a teenage girl became suspicious after she received inappropriate messages from a man who turned out to be Collard, on Facebook, so she alerted her parents.

“They contacted a third party who took over the online conversation posing as the girl and Collard continued to chat and arranged the meeting, unaware of what had happened.

“When Collard was arrested officers from the Brighton Safeguarding Investigations Unit took over the investigation and secured all the evidence necessary for an effective prosecution, as a result of which Collard pleaded guilty at his first court appearance the day after he was arrested.”

Police Investigator Andy Scott said: “Online approaches like this should always be reported to us first so that we can ensure a proper investigation that will ensure that the offender is brought to justice.”