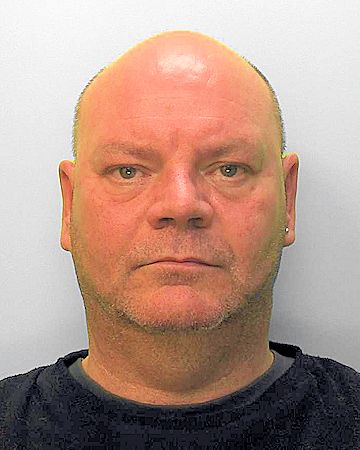 A Portslade man has been sentenced to seven years for a sex assault on a small girl – just eight years after being jailed for sleeping with an underage girl.

Ian Skilling, 49, a driver, of Wolseley Road, Portslade, befriended the young girl’s family until they were happy to leave him alone with their daughter in the summer of 2016. It was then, while visiting the Steyning area, he assaulted her.

On Friday, he was sentenced at Portsmouth Crown Court having been found guilty at the same court on 9 July of sexual assault on the six-year old girl.

He was also convicted of breaching the conditions of a 10-year Sexual Offence Prevention Order imposed at Lewes Crown Court in March 2010, imposing severe restrictions on any contact with children under-16.

Detective Sergeant Craig Wilkie said: “Skilling came to know and befriend the family and clearly took an opportunity when visiting the Steyning area to be alone with the small girl who he sexually assaulted by touching under clothing.

“When her family picked up on some remarks the girl made several months later, they realised what had happened and immediately contacted the police.”

At Portsmouth Crown Court on Friday (7 September) Skilling was sentenced to a total of seven years in prison, with an extended three year licence.

As well as seven years for the attack, he was given three shorter sentences for breaching conditions, with all terms to be served concurrently.

Skilling will also be a registered sex offender for life and was given an indefinite Sexual Harm Prevention Order (SHPO) which will severely restrict his access to children under 16.

The case followed an investigation by police from the West Sussex Safeguarding Investigations Unit.

Skilling had previously been sentenced to 15 months imprisonment at Lewes Crown Court in March 2010, having been found guilty of two counts of sexual activity with a female under 16. This was the sentence for which he had been issued with the Sexual Offence Prevention Order.