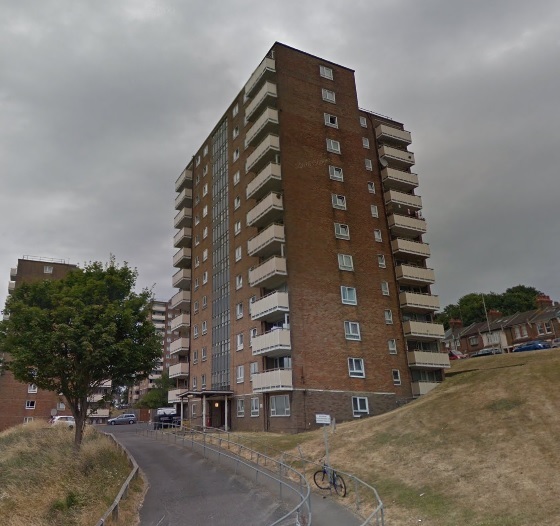 Owners of more ex-council flats in blocks in Brighton have been warned they are facing bills of tens of thousands of pounds for major works.

Last month, 20 leaseholders on the Bristol Estate settled with Brighton and Hove City Council over £28,000 bills for similar works ahead of a tribunal.

Now, leaseholders at the 12-storey block Saxonbury in Ashton Rise on the Tarner estate are being given bills of about £36,000 – less than ten years after being hit with two bills of £9,000 and £7,000 to replace lifts and balconies.

One leaseholder, Nicky Falkof, said: “No one is disputing the fact that the building needs maintenance, but the council has done nothing structural on it for decades and is now suddenly forcing this huge bill onto us.

“The council have, as usual, offered their very unfavourable loans to those who don’t have other resources, as though paying those off won’t push people over the edge financially.

“People have complained, sent endless emails, organised, all sorts, and we all get the same brush offs: it has to be done and this is what’s happening.

“There’s absolutely no acknowledgement of how this will destroy people’s financial stability, how unfair it is or how the council should have taken responsibility for the condition of the building years ago.”

The council took the Bristol Estate leaseholders to tribunal saying they were still owed £400,000 three years after the money was due. The works included replacing roofs and windows, repairing masonry and balcony railings and installing cladding.

After 12 leaseholders settled, just one was left to fight his corner. He contended that the works were not just repairs, but non-essential improvements which leaseholders should not be billed for – for instance, replacing windows instead of just fixing faulty hinges.

He and other leaseholders also complained about the quality of the cladding, which was installed to provide better heat installation, but which some residents say has caused damp and mould.

Meanwhile, owners of former council flats in many other council blocks are also facing similar bills. In some cases the work has been carried out, in others such as Saxonbury, they have been given a month’s notice of works starting and an estimated bill, and in others flat sale enquiries have unearthed major works in the pipeline.

Shula Rich, chair of the Brighton and Hove Leaseholder Association and a leasehold expert who has advised many other people stung by similar bills, said: “The huge bills could be avoided with better management from the council.

“The council doesn’t put aside reserves from the annual service charges leaseholders pay, so the bill gets dumped on the latest available leaseholder.

“Housing maintenance should be brought in house and controlled by trained staff working for Brighton and Hove Council.”

A council spokeswoman said: “We’ve consulted leaseholders in Saxonbury in Ashton Rise about essential work on the building. We will be starting the work on 15 October, but no bills or service charge demands will be issued until the end of September 2020.

“The council has a long term agreement with Mears to provide repairs and maintenance services. Mears do not carry out the work themselves but have procured sub-contractors by competitive tender.

“Saxonbury has not been neglected by the council. We have been carrying out repairs to the building when needed required, but expensive and unexpected work are sometimes required on all buildings, especially older blocks like Saxonbury.

“We do realise the expense of high cost work can be difficult for leaseholders to fund, so offer a number of payment options, including interest free loans and non-repayment loans for resident leaseholders unable to pay in any other way.”