Royal Pavilion and Museums to be run by charitable trust

A charitable trust is expected to take over running the Royal Pavilion and Museums after an all-party agreement was reached by councillors.

Dozens of staff are due to transfer to the trust which should be up and running within four years.

But a move by Conservative councillors to speed up the process and set up a “shadow trust” by April was defeated by Labour and the Greens.

Brighton and Hove City Council wants to transfer its museums staff to a standalone trust as part of a drive to save money.

But when it tried to place the trust under the management of the Brighton Dome and Festival, staff protested.

The latest decisions were made by the council’s Policy, Resources and Growth Committee after a report from a specialist consultant.

Staff appear to be behind the new plan, with the GMB and Unison trade unions having consulted members.

Conservative group leader Councillor Tony Janio said: “We can trust the staff. We believe wholeheartedly there is a strong future for the Royal Pavilion and Museums. This should help remove uncertainty for staff.

“The consultant details the risks of going to trust very early but what he doesn’t mention are the opportunities.”

He said that grants could be sought from organisations other than the Arts Council and that the trust would benefit from Gift Aid.

Labour councillor Emma Daniel asked whether the call to set up a shadow trust next year was feasible.

Nick Hibberd, executive director of economy, environment and culture, said that it would take time to set up the trust, buy new computers and transfer everything over correctly.

Mr Hibberd told committee members at Hove Town Hall on Thursday (11 October): “We want the right plan to make sure the Royal Pavilion and Museums has the right plan for success.

“With setting up a new independent trust there is quite a lot more that needs to be done.

“We just want to make sure we have done that correctly as we want it to be done in the right way.” 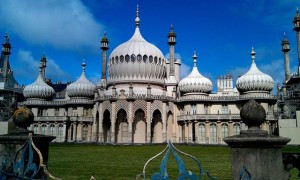 He pointed out budget setting, staff training and improvements to cash handling were among many things that the council would have to deal with before the trust could be set up.

Bringing the Pavilion and Museums under the umbrella of the Brighton Dome and Festival Trust would have been quicker, Mr Hibberd said, as the organisation already existed.

But Green and Labour councillors voted together to defeat the earlier plan.

Councillors from all parties supported starting the process to set up a standalone trust and to ensure that it was in place by the next round of Arts Council funding in 2022.

The trust will run the Royal Pavilion, Brighton and Hove Museums, Preston Manor and the Booth Museum.

At the moment the council is considering discussions with the Royal Pavilion and Museums Foundation (RPMF) to operate the trust.

The service generates about £4 million a year. As a trust, with charitable status, it would be able to attract funding that is not available to councils.

But if it were to stay as a council-run service, councillors were told that savings of about £400,000 a year would be needed.