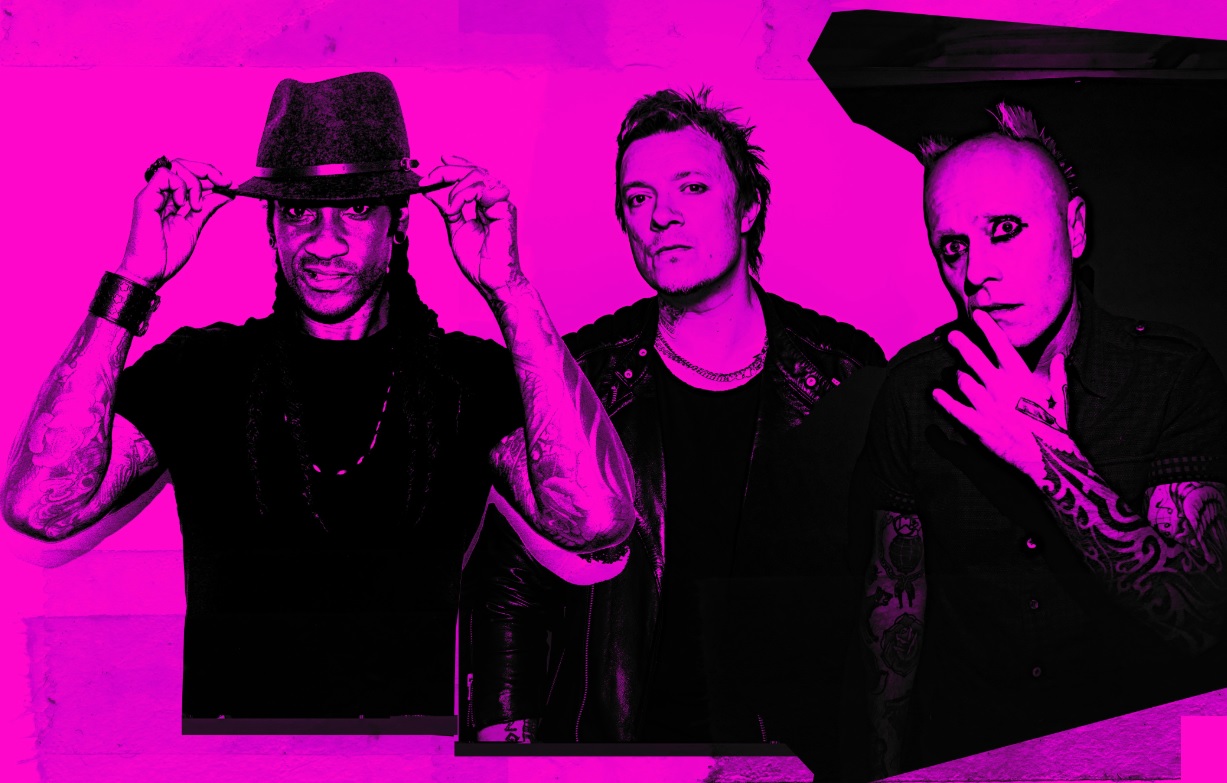 The Prodigy firmly parked their No.7 buses into the packed Brighton Centre to tie in with their seventh studio album ‘No Tourists’ which was released on 2nd November. Undoubtedly this new album will crash into the UK albums chart at No.1 this Friday (9th November) and thus provide the lads with their 6th consecutive chart topping album.

It’s funny as those of a certain age will recall the Sex Pistols ‘Pretty Vacant’ single cover, which has on the back two coaches that say ‘Nowhere’ and ‘Boredom’ on them. Well The Prodigy’s stage set tonight had an impressive backdrop of two buses as in a souped-up version of that famous cover.

The twenty-date tour has ten UK dates and then the boys venture onto Europe for the remaining ten slots. This evening’s Brighton Centre gig is date three of the tour and as you would expect Liam Howlett, Keith Flint and Maxim (with help from a couple of mates) were in an uncompromising mood. 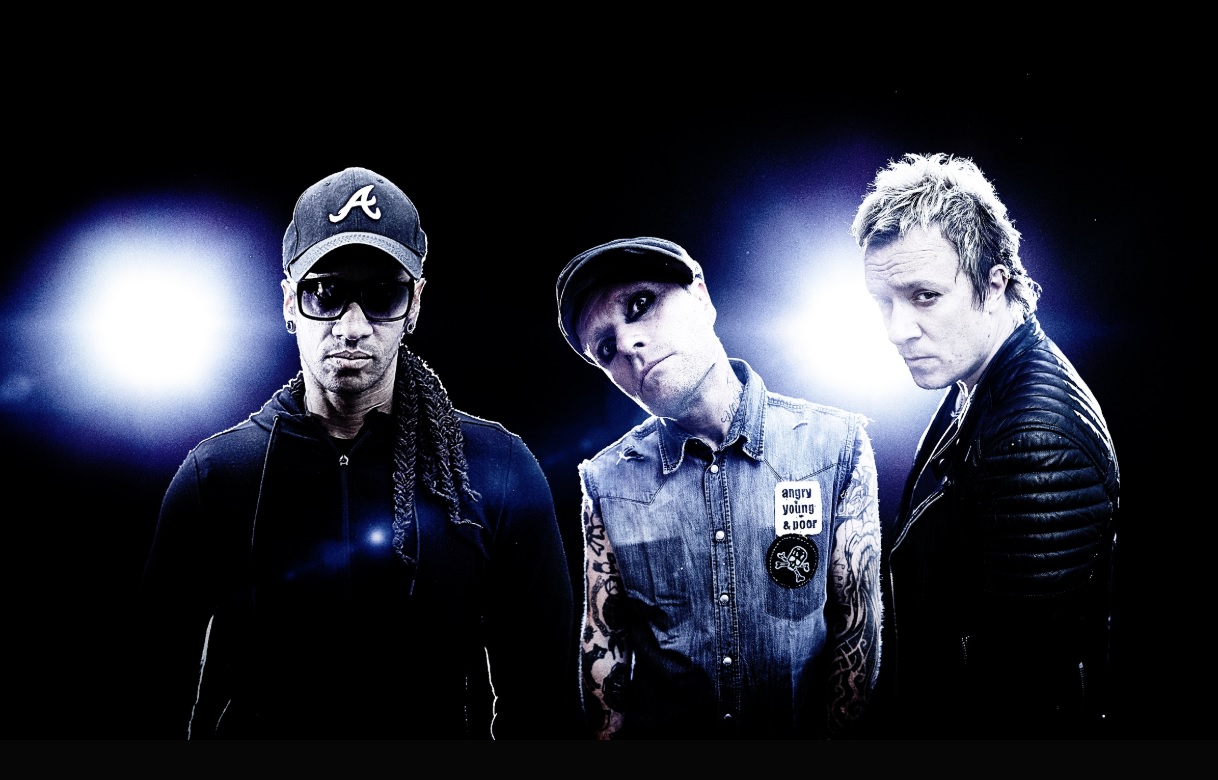 The Prodigy’s influence can be seen across generations, turning metal kids onto raving and ravers into metalheads. The band put out genre destroying record after genre defying record and from the very start, The Prodigy were renegade revolutionaries. Put simply, The Prodigy are no tourists and never were.

The band have sold 30 million records, played to many millions around the world, and won multiple honours (two Brits, two Kerrang! awards, five MTV awards, two Grammy nominations). Though much has changed in the musical and social landscape, what remains a constant is The Prodigy’s resolute focus to always do things their own unique way and in 2018 the urgency and irrepressible spirit of The Prodigy has never been more needed.

Tonight, The Prodigy put on the mother of all light shows and surely must be the best that the venue has seen for many a time. It was truly astounding with the rapidly moving strobe lights and searchlights and the pumping loud music hitting everyone’s body frame – no wonder they were all up for it!

The 5-piece generated so much power with their modern day tribal rhythms with Maxim and Keith Flint as usual sharing vocal duties, accompanied by an impressive live drummer, a mad axeman on guitar and Liam Howlett on keyboards, certainly knew how to hold the audience’s attention.

This was certainly a big occasion and one that will be cherished by all and sundry for many years to come – yes it was one of those! 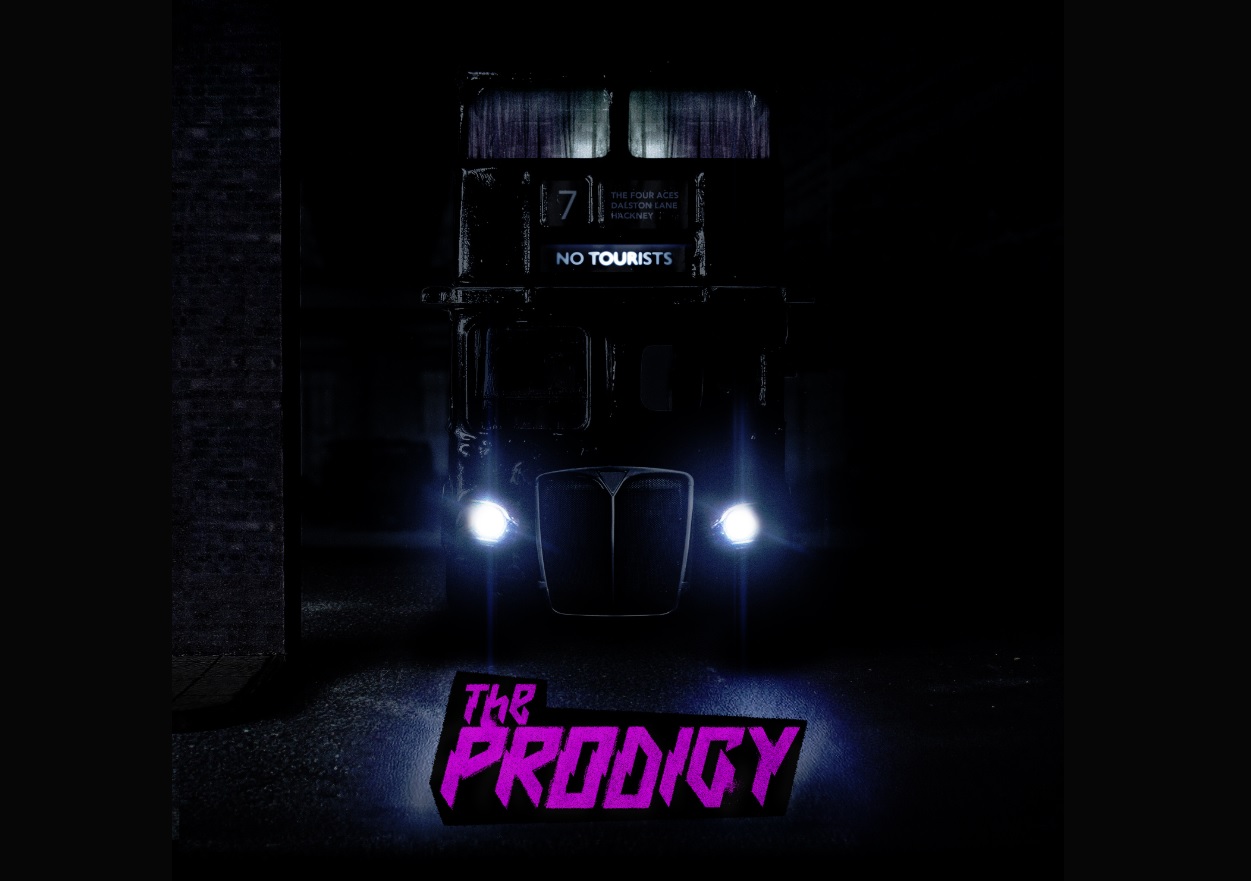 ‘No Tourists’ the new album from The Prodigy

The new material from the ‘No Tourists’ album, of which they performed five tracks, blended in perfectly with their other anthems. Each and every person present will have his or her own faves on the night, but for me personally, I would say that my Top 5 tracks were ‘Voodoo People’, ‘Everybody In The Place’, ‘Firestarter’, ‘Champions Of London’ and the best being ‘No Good (Start the Dance)’.

More info on The Prodigy HERE and order ‘No Tourists’ HERE.

Support tonight came from the Canadian electronic music producer and DJ René LaVice as in BBC Radio 1’s long-running Drum & Bass Show. Suffice to say that he warmed the crowd up with his drum and bass, dubstep and trap music with splatterings of ragga too. He was aided by a geezer on mic.

More on René HERE and HERE.

Prior to René being on stage, there was a Reprezent DJ to kick the night off.

So in rounding up, an evening just as explosive as the Lewes firework night! 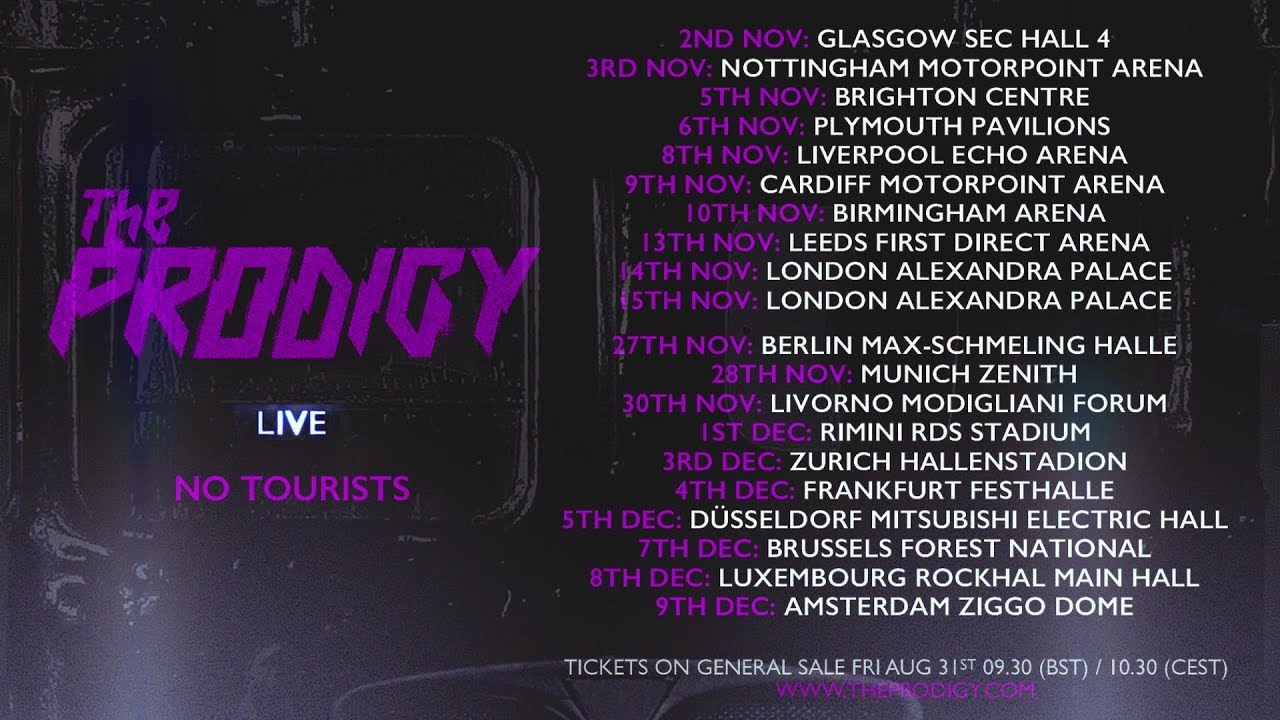