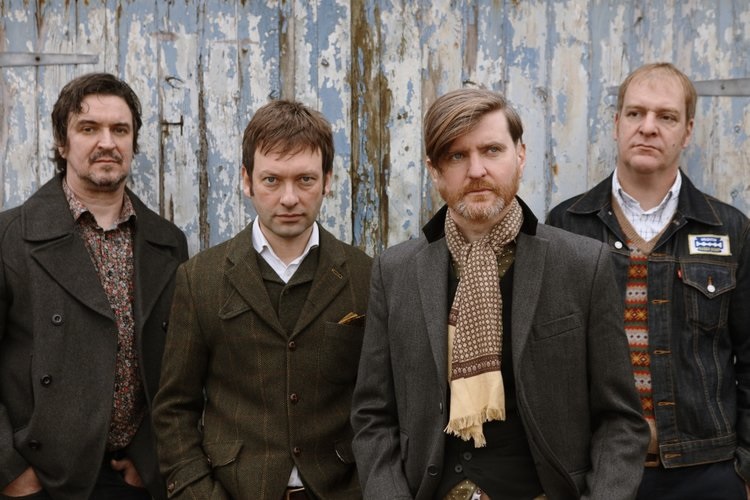 The Dials have been familiar faces on the Brighton music scene since 2002, playing their own peculiar blend of psychedelia, surf, folk and jazz garage. Dermot Watson, Andy Taylor, Rich Parrish and Joe Allenby-Byrne sound like The Zombies, Funkadelic, Caravan and Miles Davis jamming at the UFO Club on a rainy September night.

An early lineup emerged busking trad country numbers with banjos on the seafront, but when the band went electric in 2005 their demos were picked up by fan Mark Lamarr, who persuaded them to play a series of sessions for BBC Radio 2. 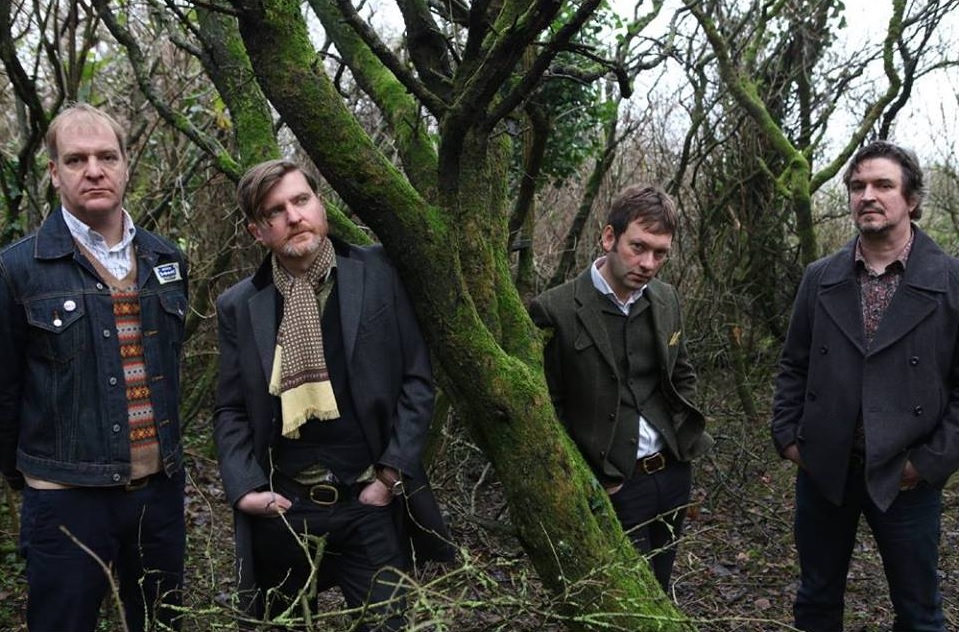 The Dials sorting the wood from the trees

Their eponymous debut album in 2007 showcased a bewilderingly eclectic collection of songs which somehow won the hearts of small pockets of radio DJs and listeners worldwide. Their showcase at NXNE in Toronto was described as “pure energy, hard-howling, Brit-infused honky-tonk”.

After famously requiring a fire crew of nine to rescue them from a bank vault in which they had become trapped whilst recording 2009’s “Companions of the Rosy Hours”, the band disintegrated in a whirlwind of passive aggression.

Dermot and Andy shut themselves away and began writing the album which would become the critically-acclaimed ‘The End of the Pier’ (2013). Self-produced and recorded all over Brighton with a rotating cast of musicians including Gordon Russell (Dr Feelgood), the album was eventually released with the current lineup established. 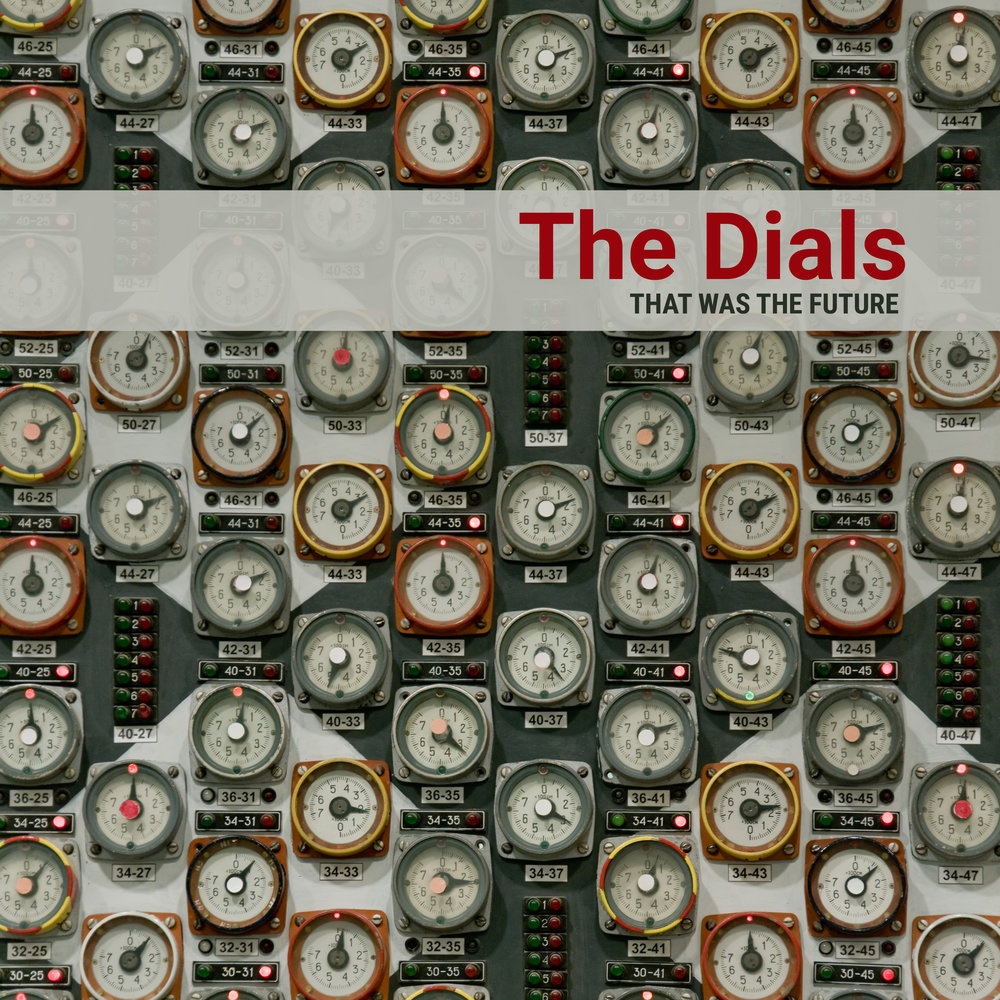 The Dials latest album ‘That Was The Future’

For the last few years, the Dials have been recording in UNKLE’s Toy Room studio in Brighton with Ben Thackeray (Patti Smith, Nick Cave, My Bloody Valentine, Gruff Rhys) producing. Featuring pump organs, mandolins, Moogs, mellotrons, pastoral folk and Bavarian waltzes, ‘That Was The Future’ is released on vinyl and CD and you can purchase it HERE.

What have the music industry had to say about The Dials:

The Dials: “Glides effortlessly between the harmonic swoon of The Byrds, the poppier elements of the Velvets and the child-like psych of Syd Barrett’s Pink Floyd.” Uncut Magazine 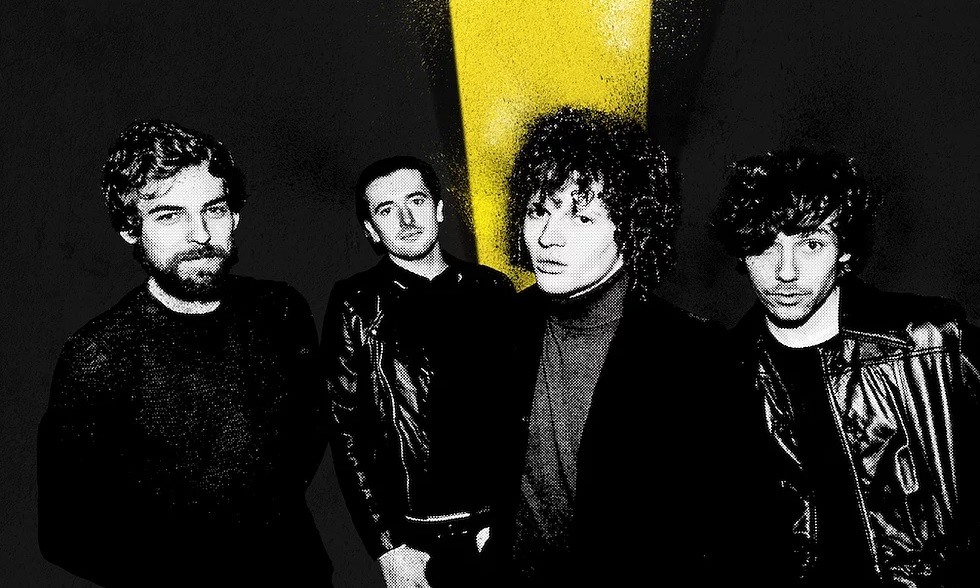 The Dials have announced their last show of the year and it is taking place on 7th December at the Hope & Ruin on Queens Road, Brighton. They are delighted to be joined by Liverpool’s finest, Little Triggers, banging out some Heavy Maximum R’n’B. There will also be a DJ set from Lewis Wharton of Little Barrie fame.

When Little Triggers first hit the UK scene in 2016 they instantly brought with them a revived feeling that guitar music still has something to offer. Amid a musical landscape awash with pristine pop and lightweight indie rock, the Merseyside four-piece offered hope for something fresh, original, but more importantly, for something that was bold and brash. Here was a band unashamed of brandishing the rock n’ roll label, and the band has persisted to bring a raw quality to the genre that is much missed in modern music.

The band were favourites at their hometown’s Sound City Festival, whilst they have also warmed-up for Iggy Pop and have proved to be popular internationally on their recent tour of China.

More on The Dials HERE.
More on Little Triggers HERE. 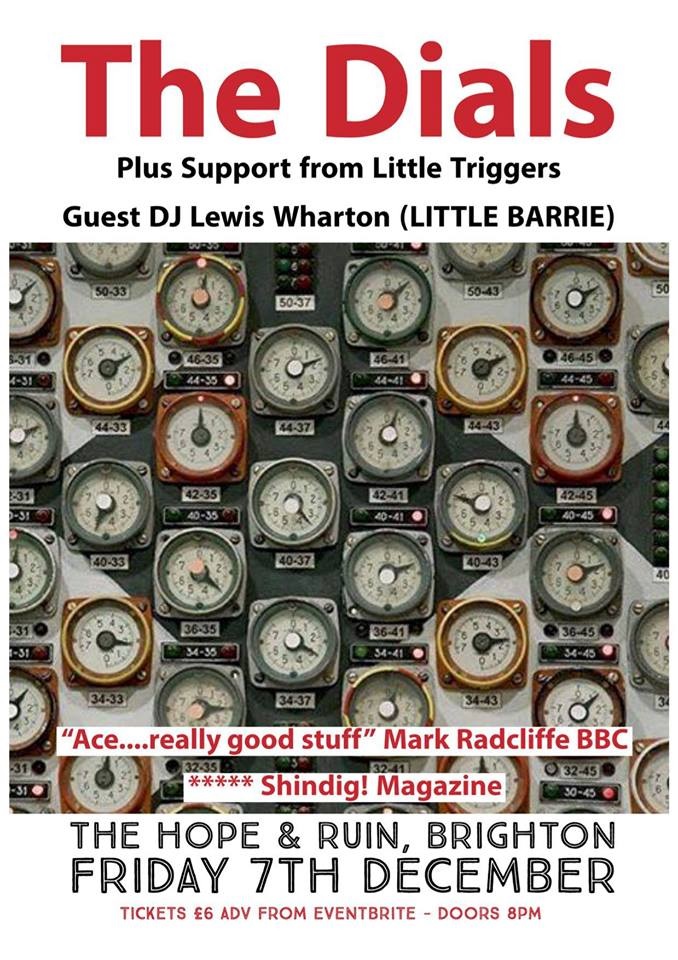