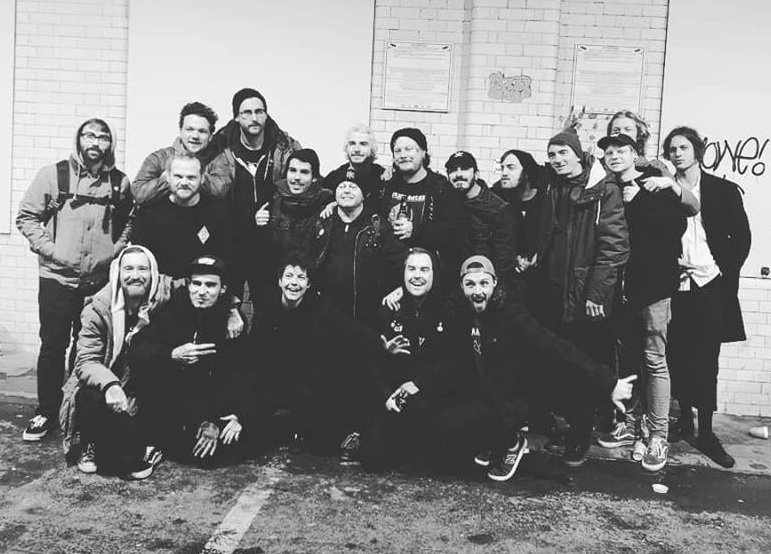 Ducking Punches are a 4-piece punk rock band made up of Dan Allen, Pete Wright, Marcus Gooda and Ryan Hillier. They hail from Norwich and have impressively played nearly 1,000 live shows in their career so far. 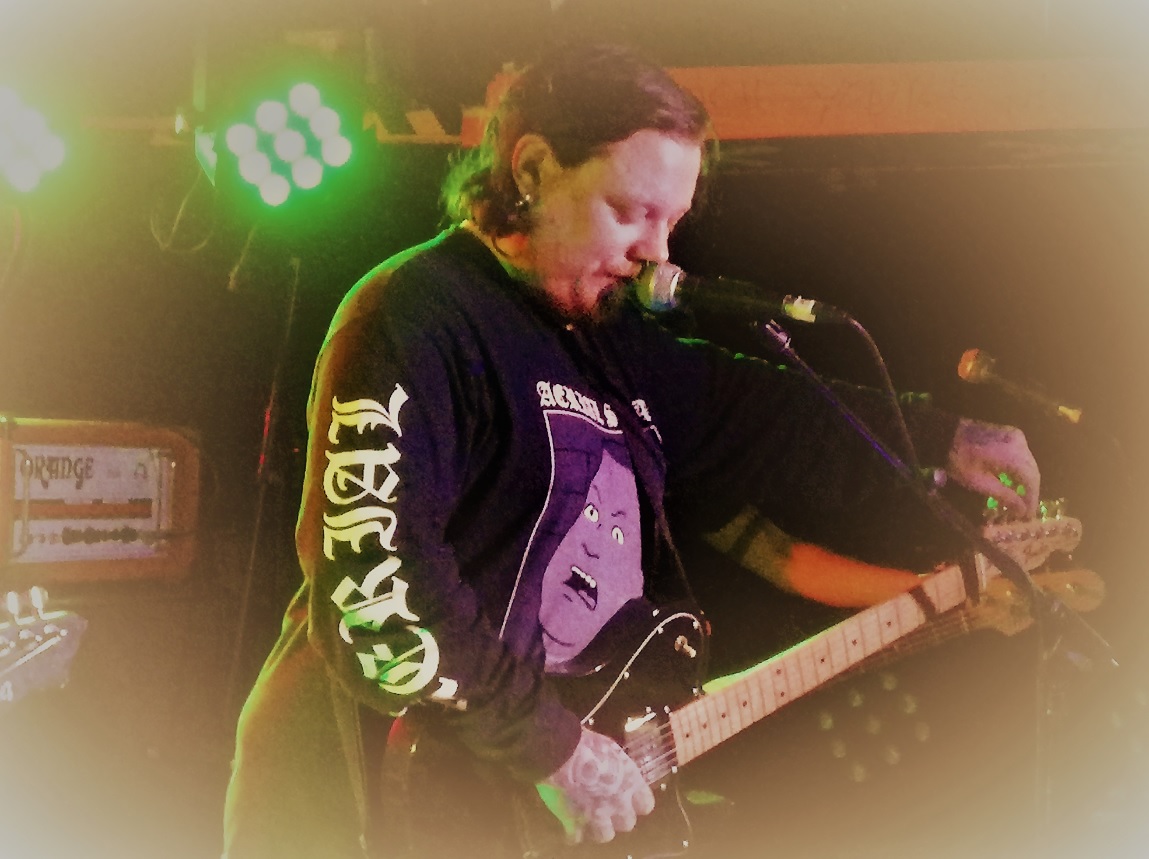 This evening, they are headed down to Brighton from playing the Boston Music Rooms in London on the opening night of their tour and so they were still very fresh and as a result they went down a real treat with the packed punters at the sadly soon to close Sticky Mike’s Frog Bar. This was something that didn’t go amiss with the band as they seemed genuinely upset that the venue was to close and so made a point in thanking all of the employees for their work.

Tonight’s event was an early one running from 7pm-10pm and so there had to be swift turnarounds in between sets in order to get all four bands in. Thankfully a large majority of the punters had managed to get to the Middle Street venue nice and early and so the event was reasonably packed right from the off, which is not usually the case at many concerts. 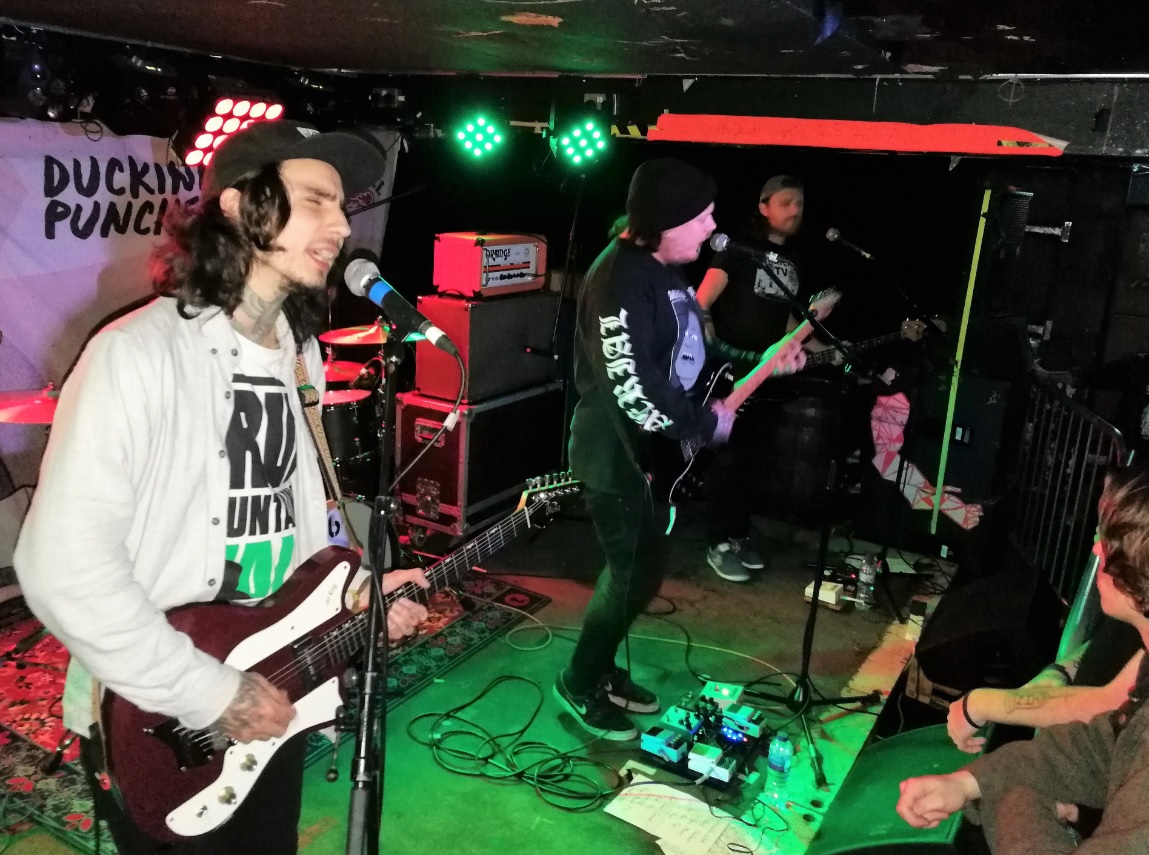 Ducking Punches craft storytelling songs that weave between love and death, friendship and mental illness. The songs have been penned from a personal view and we were informed that the singer has regrettably lost four friends to suicide and that the subject of men being told to man-up when as children and thus hiding their true feelings is one that can no longer be swept under the carpet so to speak. This subject has also been highlighted by IDLES as they recorded a song called Samaritans for their excellent new ‘Joy…’ album and when they recently performed at the Concorde 2 in town, there was even a couple of people from the Samaritans with a stand right by the bar. I believe that this is a brilliant idea and would urge more bands to highlight this sensitive subject.

For those of you that may be unaware, the Samaritans is a registered charity aimed at providing emotional support to anyone in emotional distress, struggling to cope, or at risk of suicide throughout the United Kingdom and Ireland. For residents in and around Brighton, our local branch is located at Dubarry House, Newtown Road, Hove, East Sussex, BN3 6AE and if you feel that you need to talk to someone then simply pick up the phone and dial 116 123 for free. 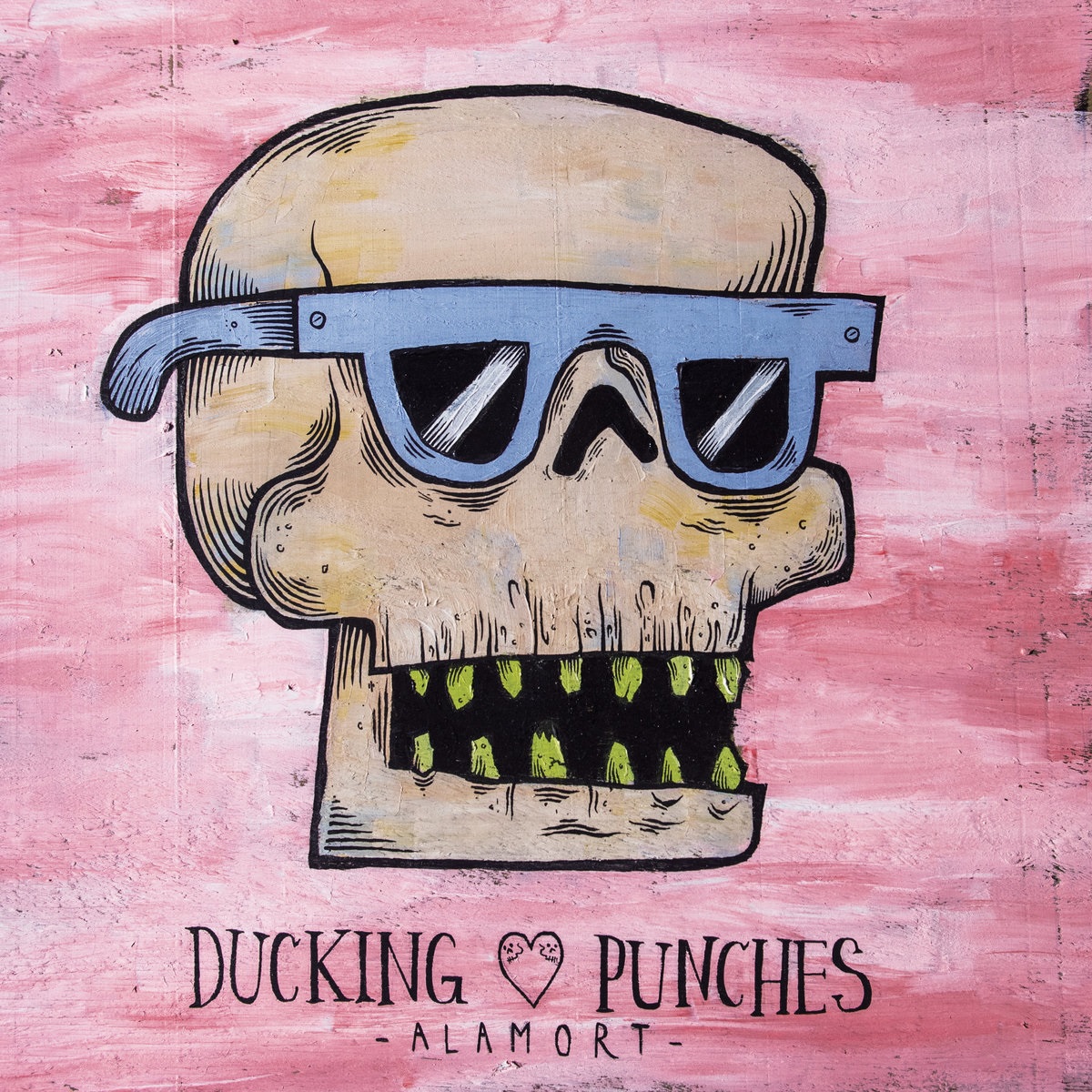 Suffice to say that we like Ducking Punches and their latest album entitled ‘Alamort’ made it into our Top 50 Albums of the Year and we reviewed it HERE.

Tonight the band only had time for a mere nine songs, but every one was a corker and they themselves had a ball as they posted on social media “What an incredible show. Brighton you smashed it. Thanks so much”.

More on the band can be found below:
Bandcamp
Facebook

Support on the night came from Spanish Love Songs, We Bless The Mess and Harker.

Spanish Love Songs is a punk band from Los Angeles, California and according to their Facebook page are made up of Dylan Slocum (guitar and vocals), Kyle McAulay (guitar), Gabe Mayeshiro (bass), Ruben Duarte (drums) and Meredith Van Woert (keys). However this evening at Sticky Mike’s they were only a quartet of four guys! 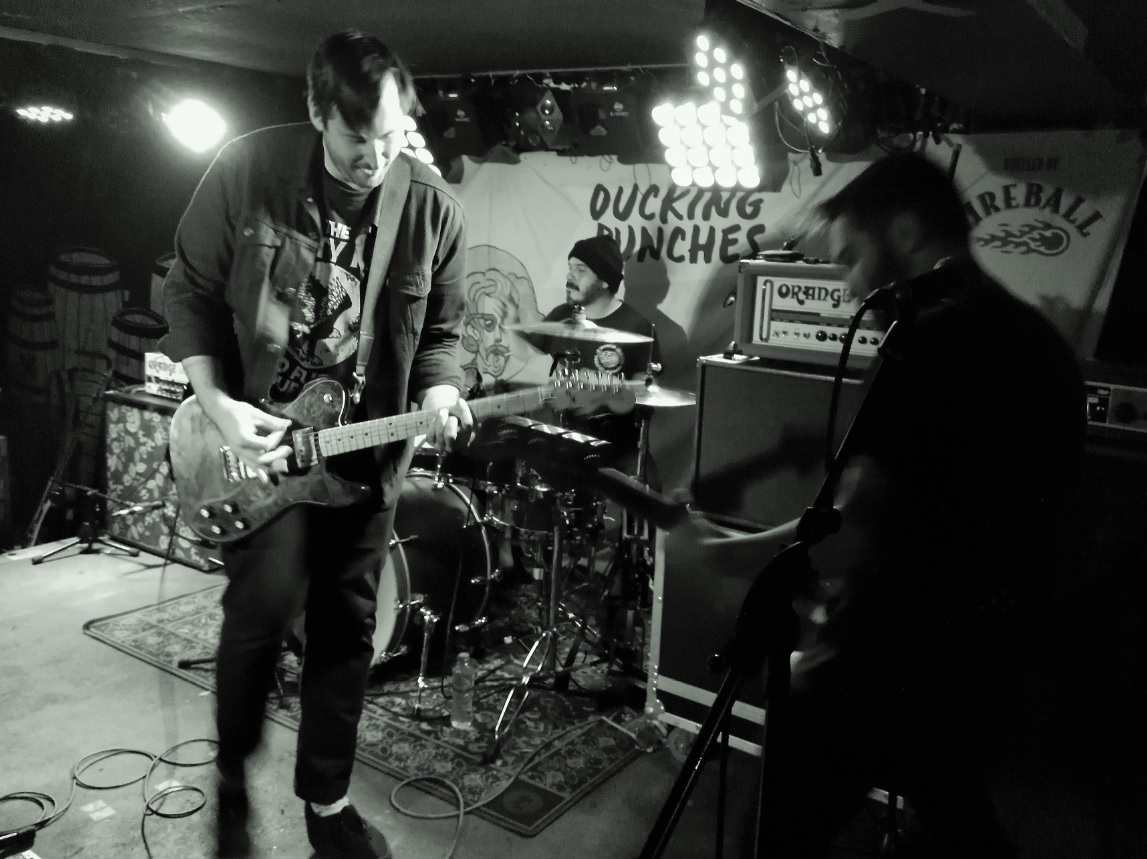 Their sound combines the energy of of drunken bar shows and the intimacy of passionate, lived-in lyrics. Their debut album entitled ‘Giant Sings The Blues’ and their new album ‘Schmaltz’ are available through iTunes, Apple Music, BandCamp and Spotify. For fans of boxed wine, divorce and self doubt.

The band sure did enjoy themselves this evening during the ten song set, as they posted on social media “Thank you Brighton for another wild night! Y’all know how to rage”. 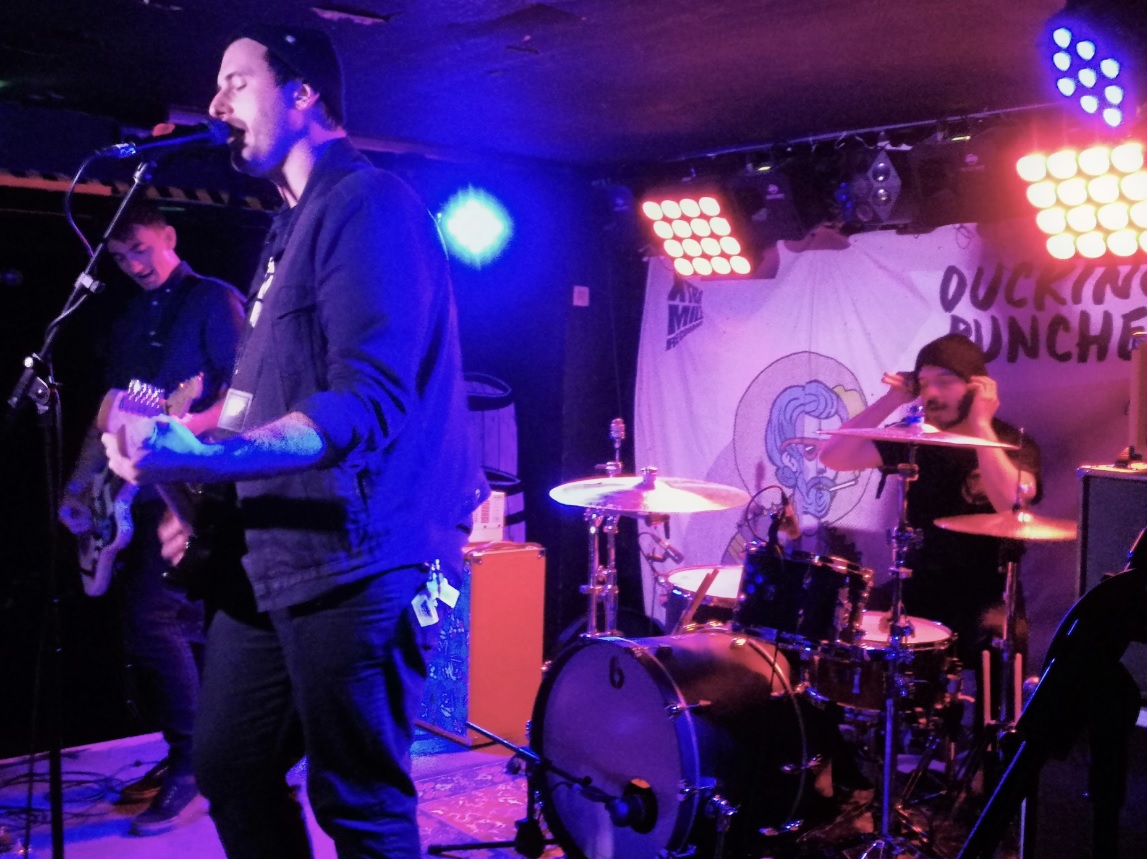 We Bless This Mess are a conscious punk trio originally out of Porto, Portugal, but the guys now reside in London. They are made up of Nelson Graf Reis (vocals/guitar), who incidentally played with Ducking Punches tonight, Bernardo Queirós (drums/backing vocals), and Ash Lewis (bass/backing vocals), and for the tour they have added a second guitarist called Dennis who hails from Germany for that extra depth of sound. 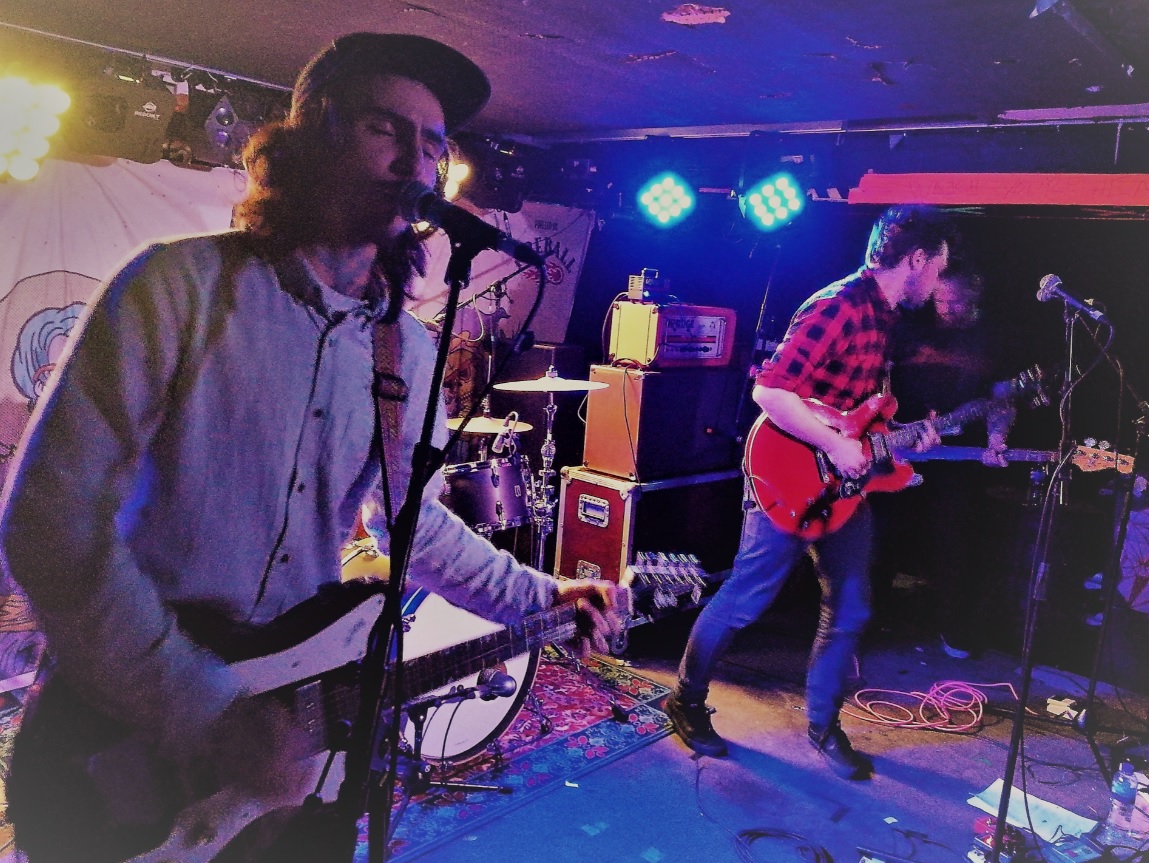 This was the accomplished band’s second appearance in Brighton and they sound similar to the likes of Blink 182, especially with Nelson’s regular gravelly voice.

Tonight’s Sticky Mike’s gig was part of their album release tour for their first full-band album ‘Awareness Songs and Side Stories‘. They performed just the eight songs and went down really well with the crowd, especially Nelson’s Portuguese charm. 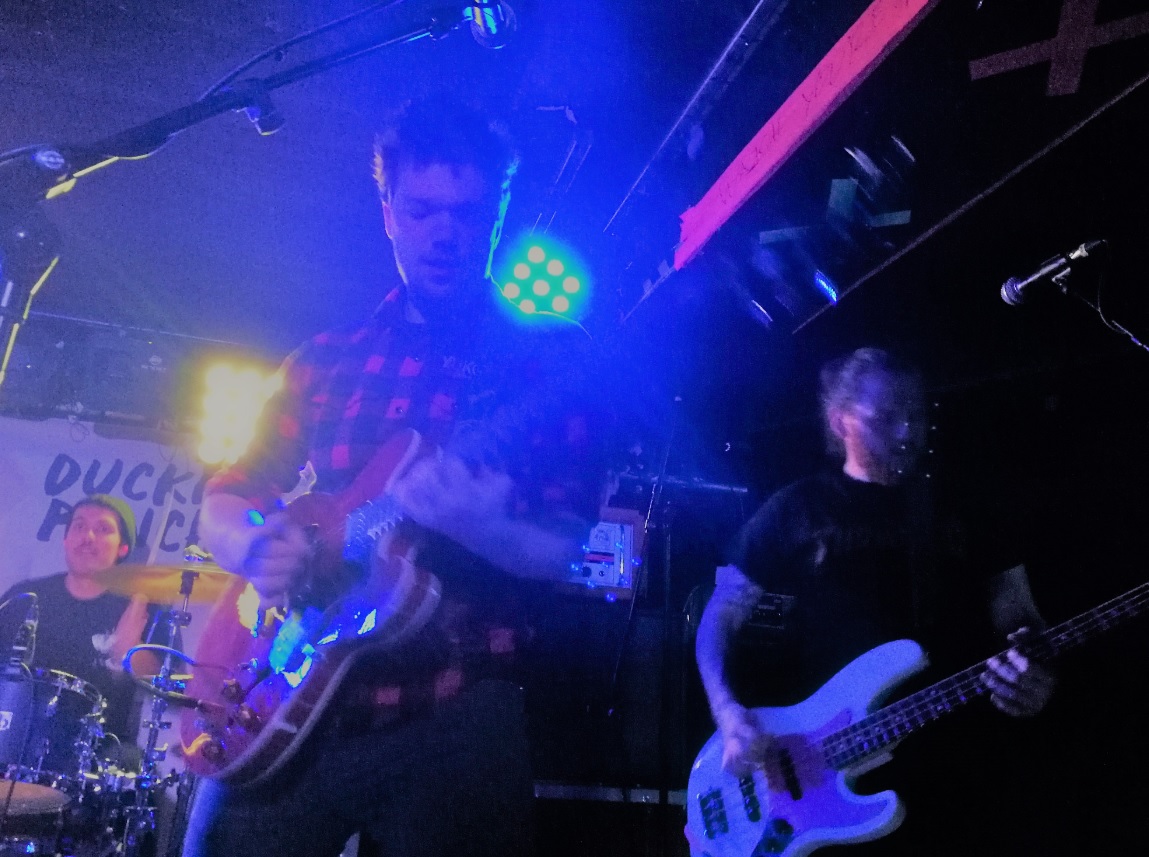 They state “We are meant to shine through our expression, through our existence. This life is unique and brings with it this gift of breathing. We Bless This Mess”. During the gig Nelson added that he is only on this planet for around 70,80,90 years and that he is really privileged to be standing up there in front of people performing his songs.

Harker are singer/guitarist Mark, Phoebe Saunders (bass/vocals), Tony Ware (guitar) plus Matt Claxton (drums) and they are Brighton’s very own USA influenced fuzzy punk rockers. Last time we saw them live back in April they were plugging their lovely new coloured vinyl album ‘No Discordance’, which is a very enjoyable listen. 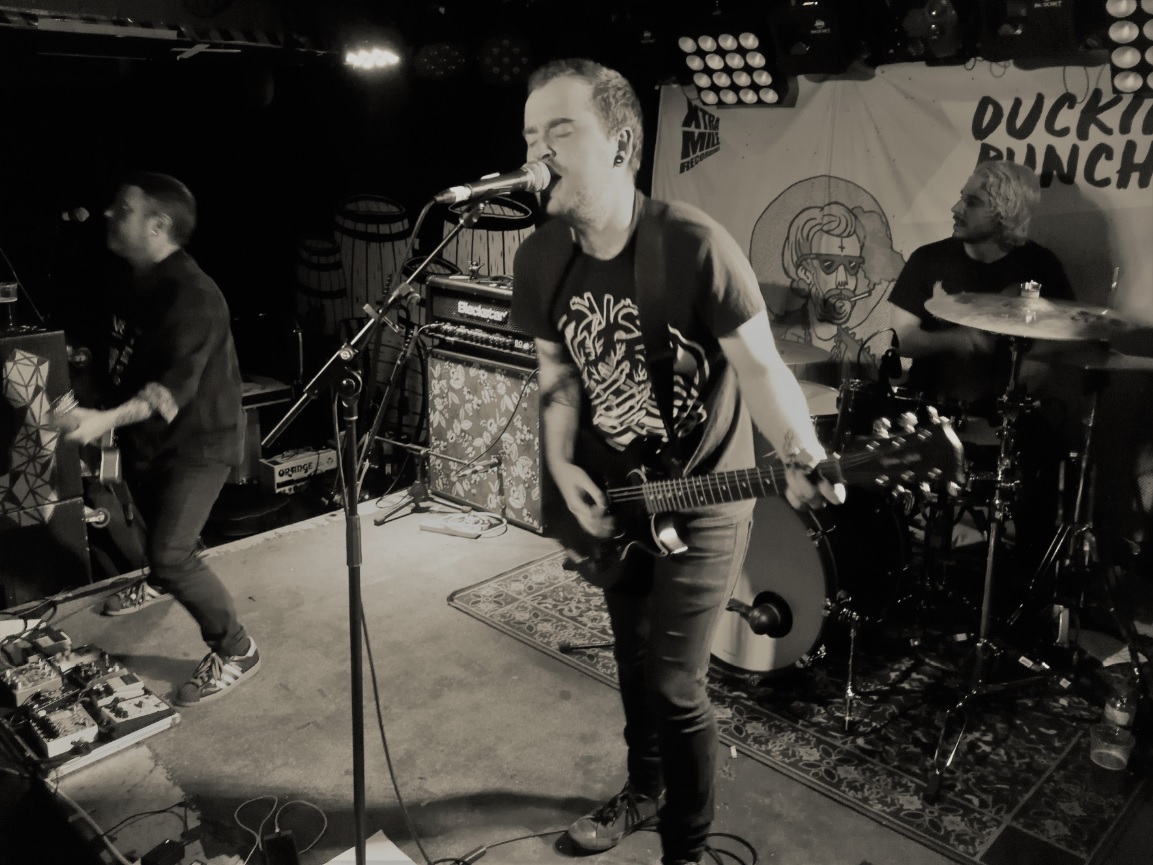 Tonight they were sadly restricted to a mere seven tracks due to the time constraints of putting on four bands, but once again they were seriously on form right from the off, with heads down backs bent forwards and off we go! A very consistent set indeed. As I said to Mark after their set, I can’t understand why they are not headlining gigs as they are that good! They even made it into our Top 50 Albums of the Year.

See them perform live in Brighton with the Muncie Girls at the Green Door Store on 6th December. Tickets HERE. 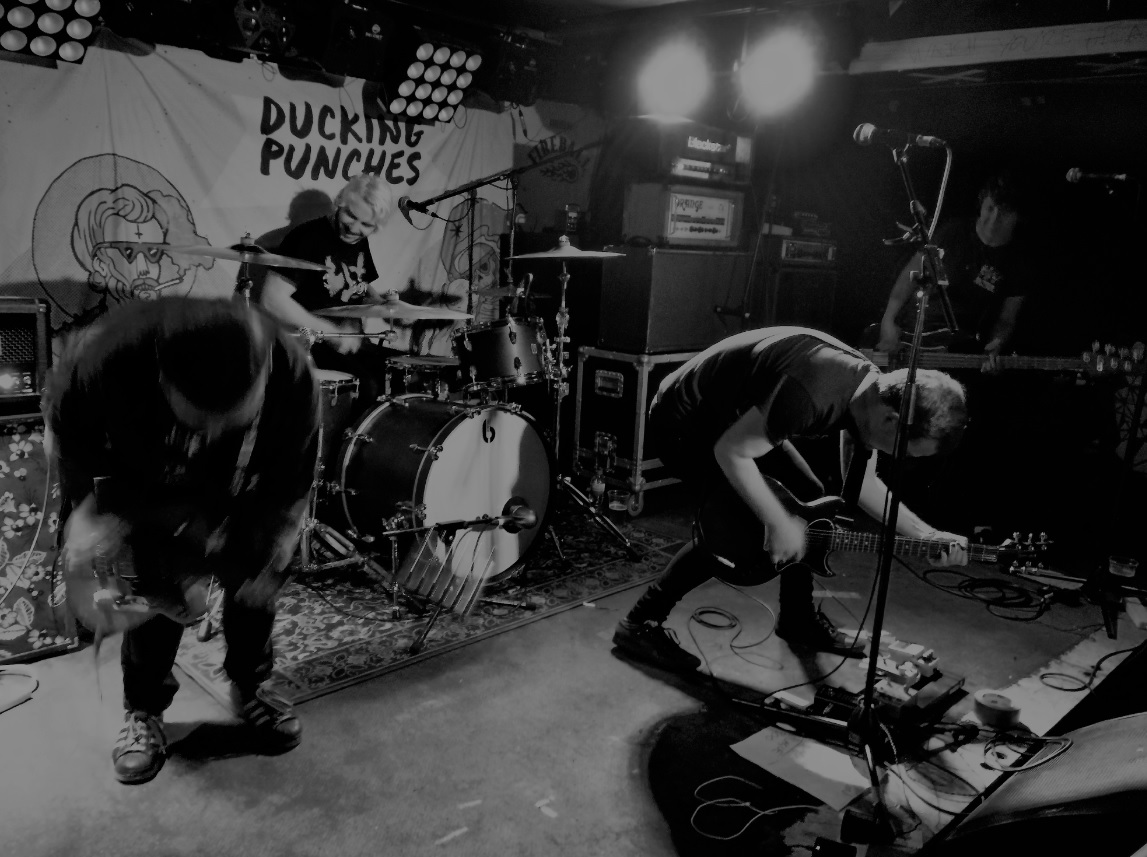 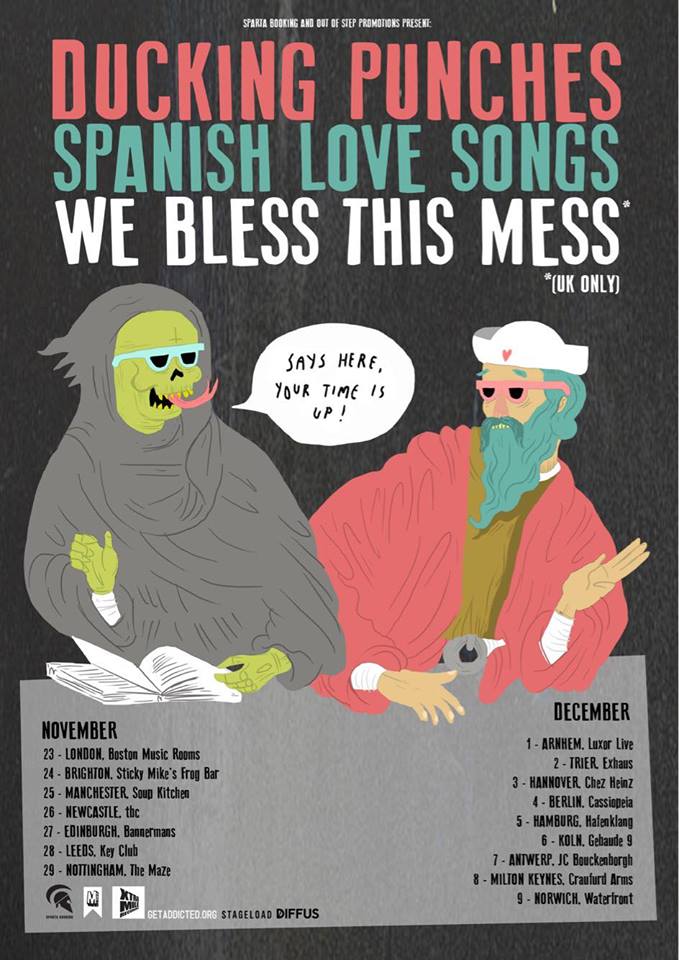 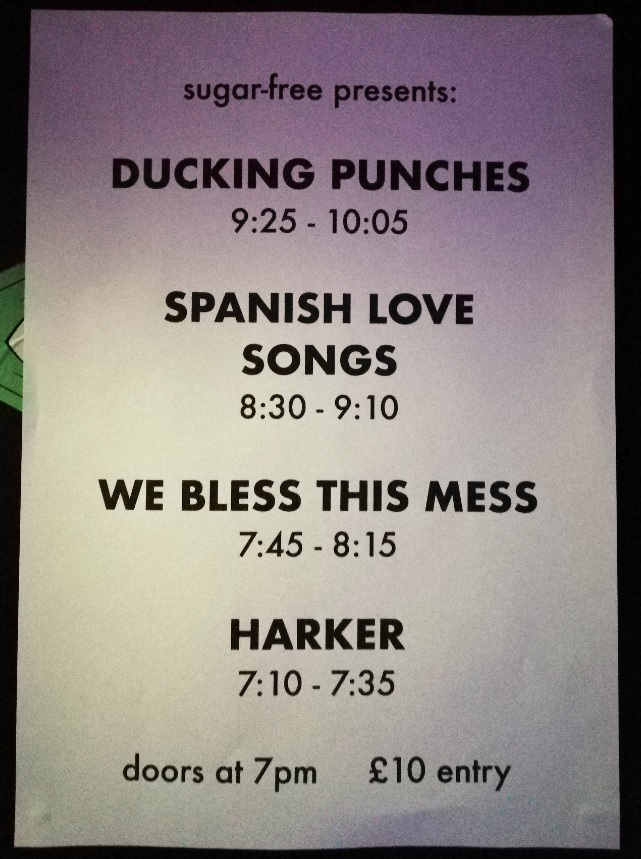