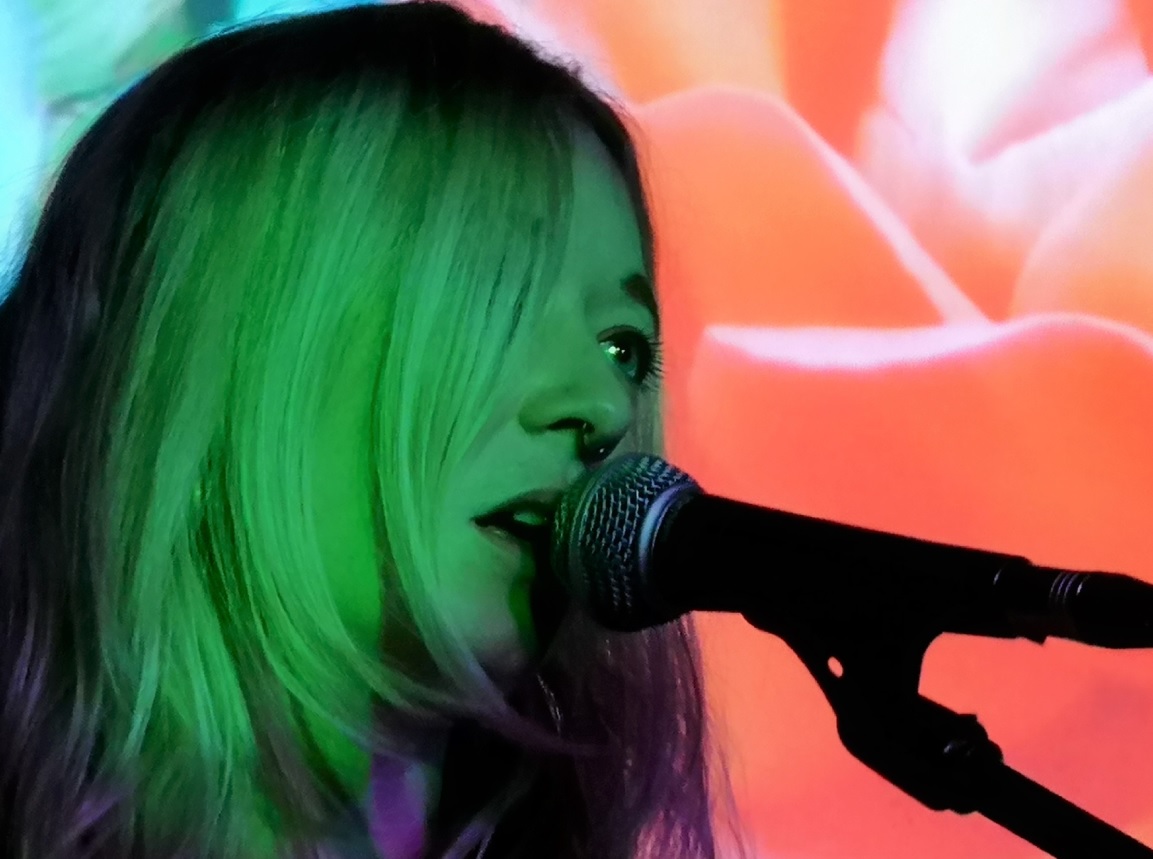 The opportunity of spending a Sunday evening in salubrious surroundings in the heart of Brighton was one that surely wasn’t going to be missed by some of the Brighton & Hove News music team.

It might have been cold and drab outside but inside the wonderful Rialto Theatre in Brighton it was just fine and dandy thank you. 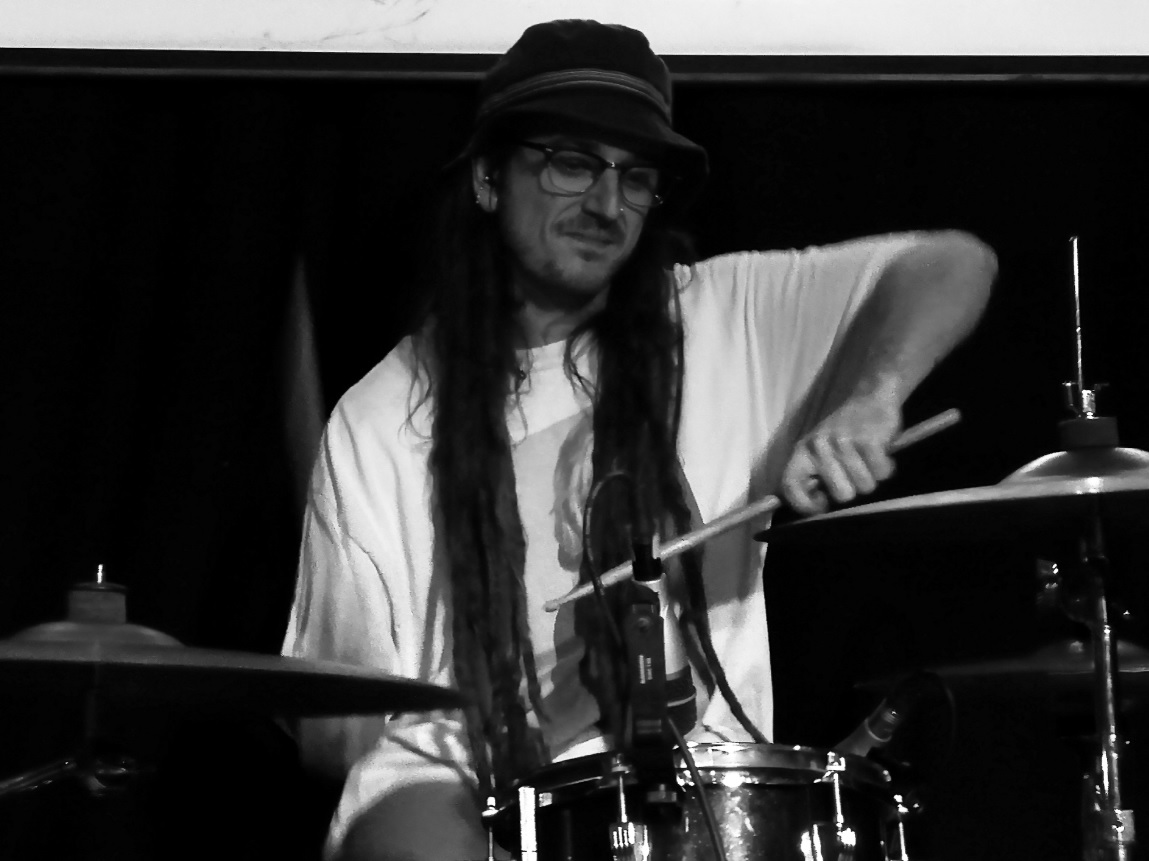 This evening was a special launch night (at 11 Dyke Road) put on by local duo Heather Sheret (‘Hev’ to her mates) and Jack Watkins, better known as Hanya. They were playing a half dozen tunes in support of their brand new EP entitled ‘I Used To Love You, Now I Don’t’ released on Leisure Records on Friday 23rd November.

Also appearing on the bill this evening were Zooz and Blush – more from them shortly. 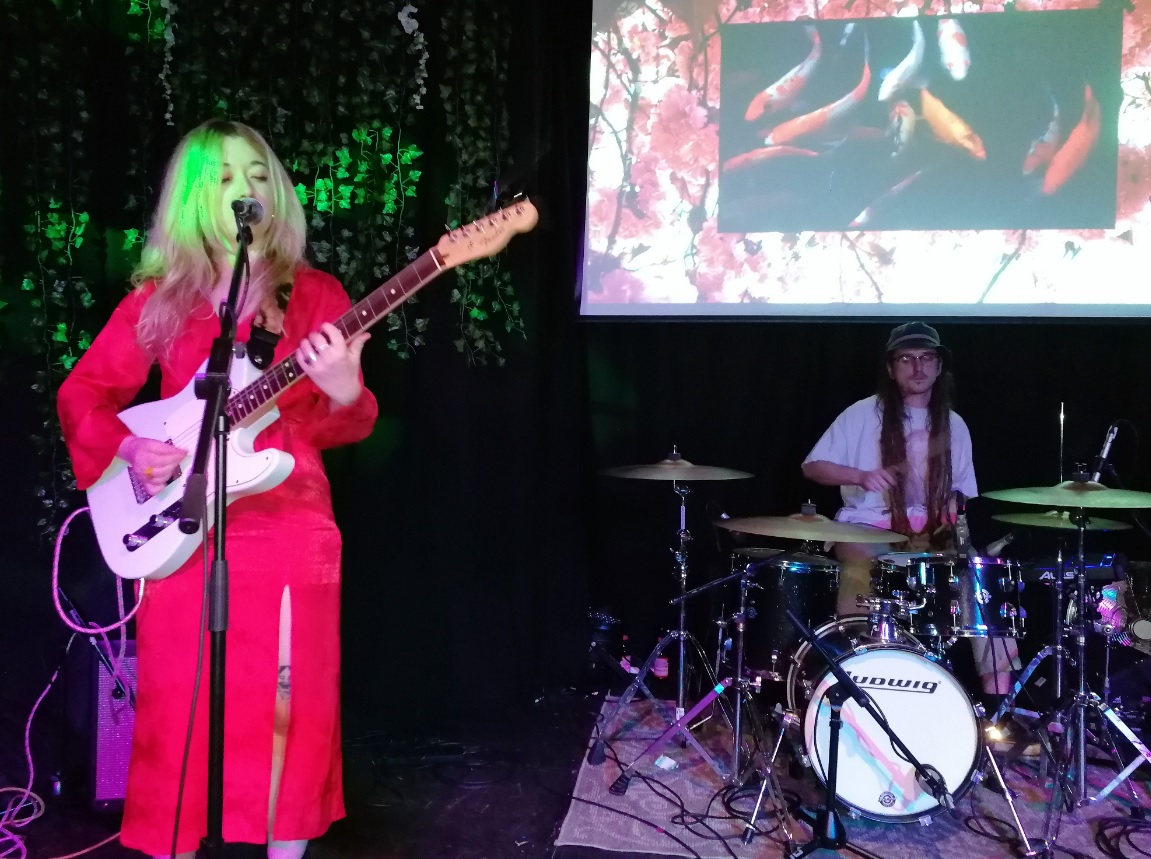 Hanya is the brainchild of guitar/vocalist Hev and drummer Jack and was conceived above LazerZone in Brighton. They specialise in belting out vocals of late 60’s/early 70’s style garage rock meets shoegaze, recalling Angel Olsen or PJ Harvey. Hev’s vocals can go from grit to honey, weaving extra layers and emotion into the band’s simple set up. A set up that this evening included Ben Varnes on bass to bolster their distinctive sound. 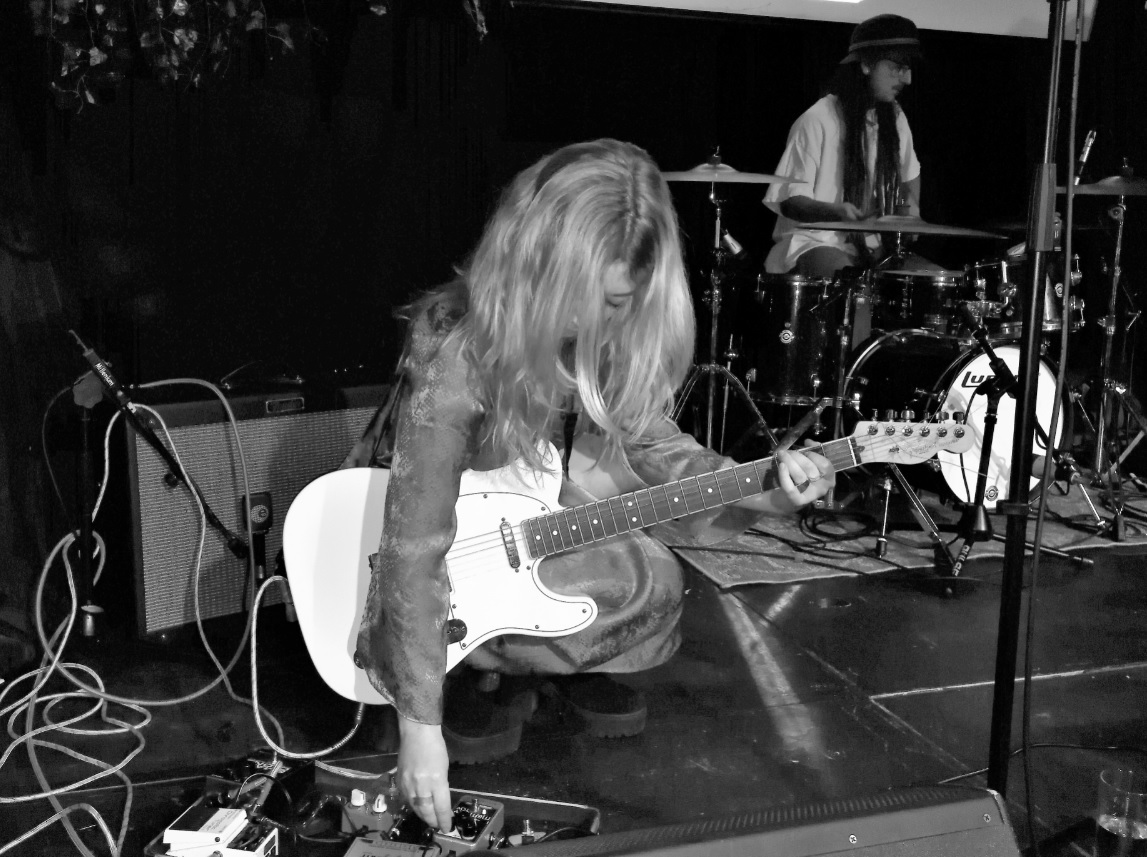 Hev and Jack had been in the venue since 3pm and had taken the time to dress the stage with green plastic vegetation and had installed a slide show, which was mainly of flora and fauna and the occasional digger knocking down a building. Thus a warning of the first floor of the venue had been achieved. 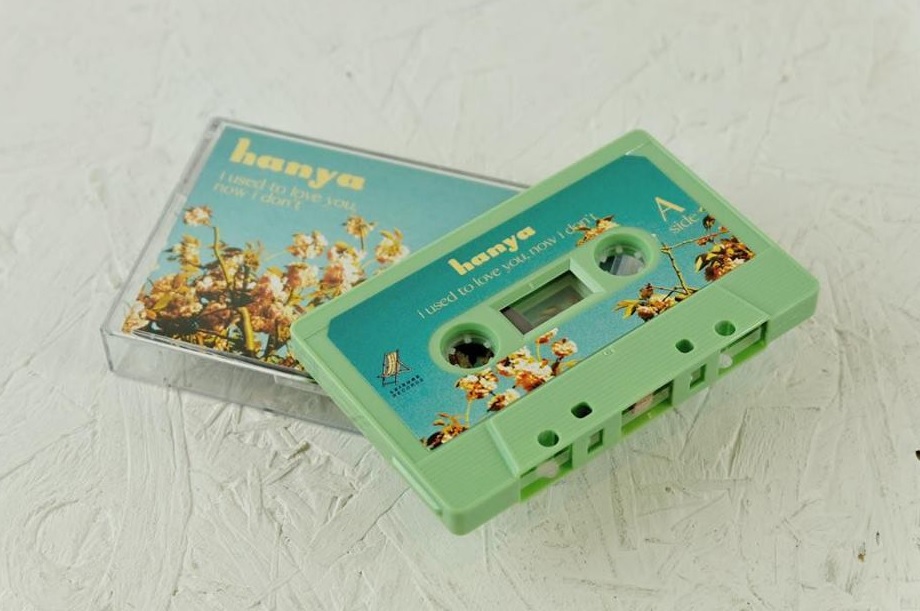 The new ‘I Used To Love You, Now I Don’t’ EP from Hanya

Tonight’s trio performed all four of the tunes found on the EP, namely ‘Trust Fund Baby’, ‘Honey’, ‘Radio’ and ‘Old New’, which you can listen to HERE. 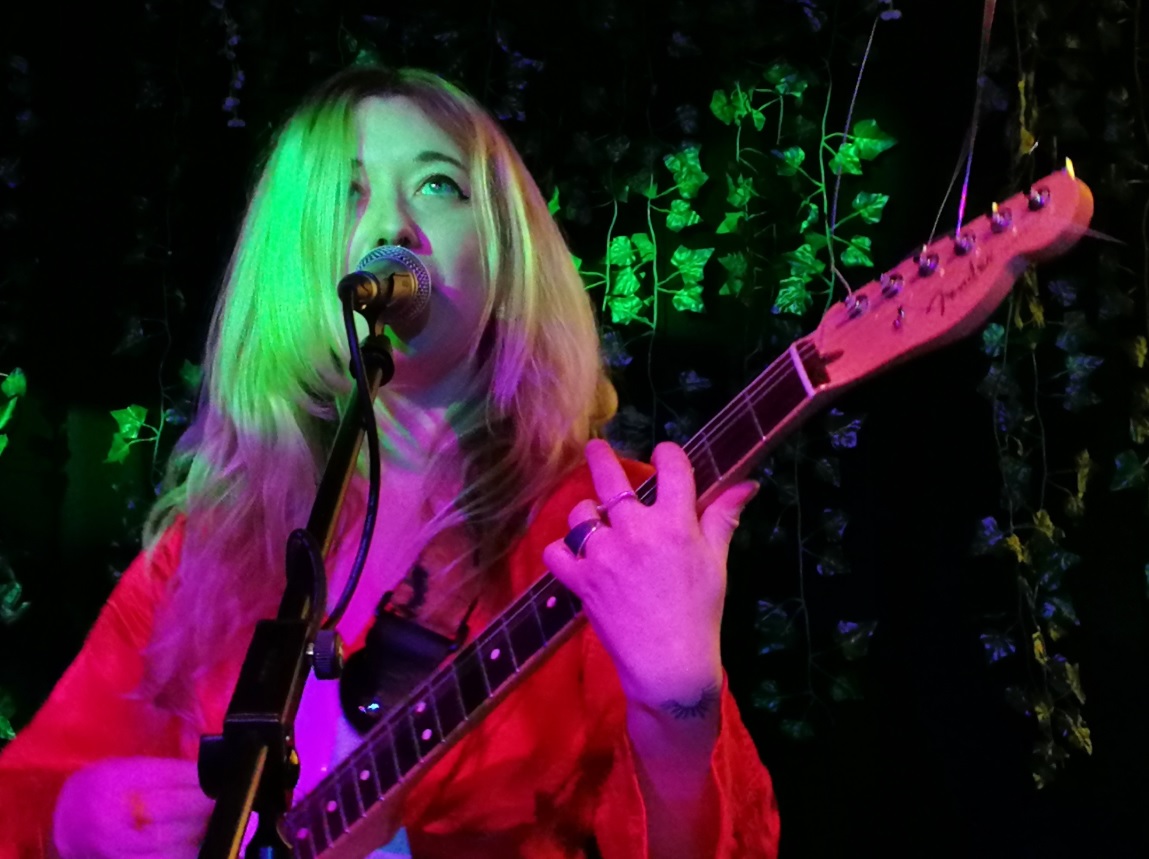 The young happening dudes and dudesses in the packed crowd enjoyed the brief set and it was clear that Hev had in fact had a ball. So much so, that I think a large majority of the crowd were rewarded with a hug on the way out. She has since posted on social media saying…“Thank you thank you for this evening it was f**king spectacular and we are filled with big hearts”, Hev added “Thanks again for turning out on a cold Sunday evening in November … still spun out by the whole thing, so thanks for all the love”. 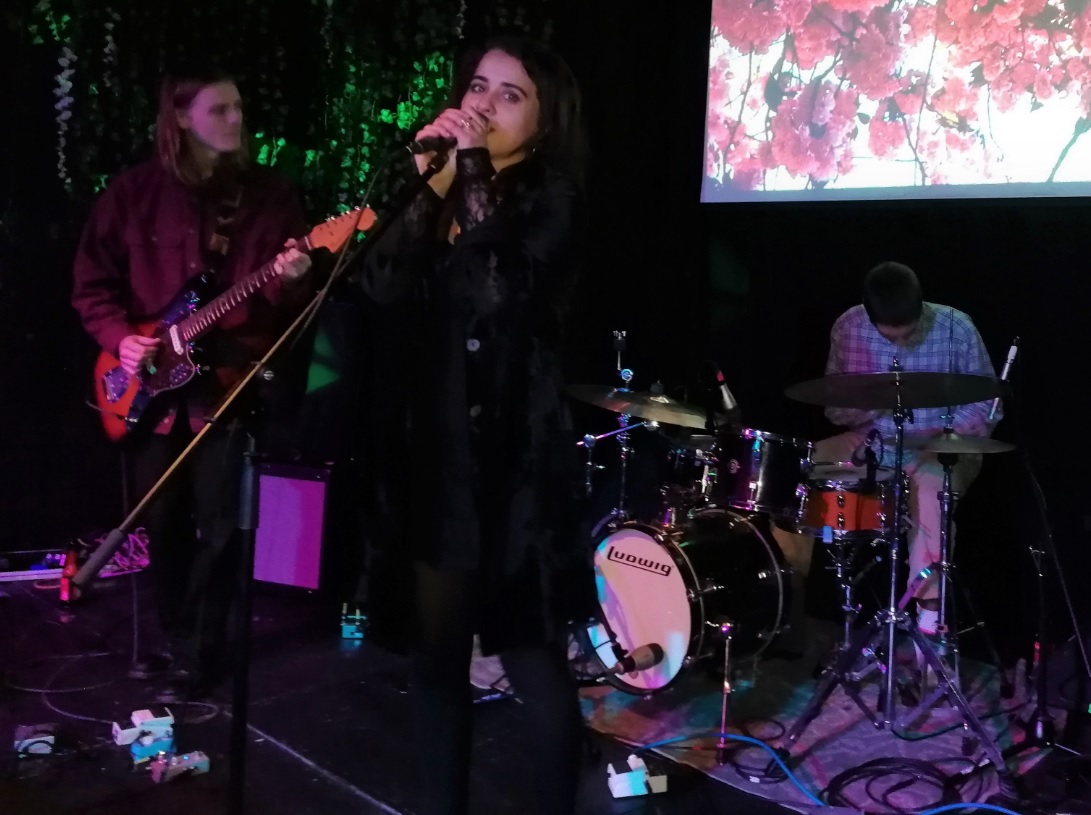 The first support act this evening were Blush, who are a Brighton based dreampop trio made up of Asya Fairchild (vocals and bass/guitar), Kieren Taylor-Dixon on guitar/bass) and Joe Klose (drums). Asya also plays live as a member of Bella Union boss Simon Raymonde’s up-and-coming outfit, Lost Horizons. 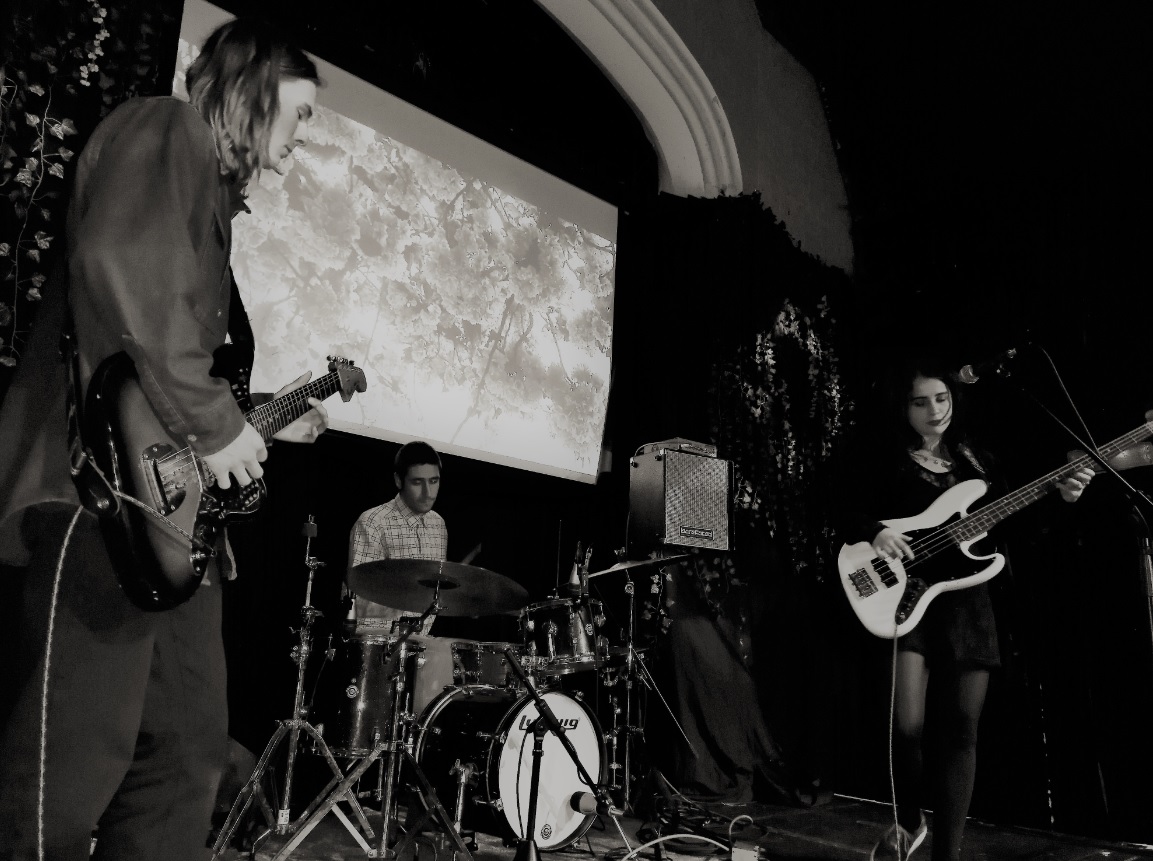 Their live set has elements of The Sundays meets the Cocteau Twins hidden within parts of their repertoire along with hints of haunting folk music. One of their tunes is soon to be recorded with Jack (aka Cuboza) from now Brighton based Penelope Isles, who incidentally were recently announced as one of the first 50 Great Escape acts for the 2019 lineup.

For half of their short set Asya played bass and Kieren played guitar and then half way through they swopped instruments, so clearly there’s talent here. 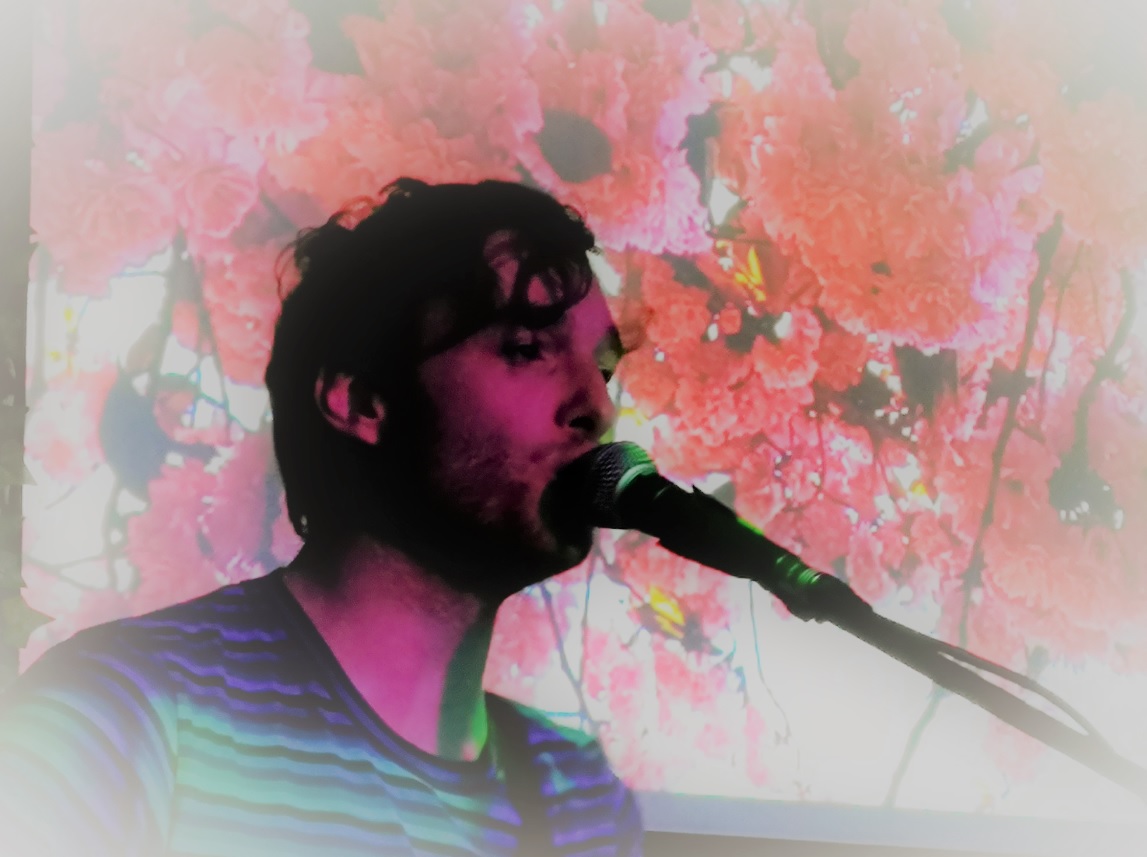 Next up were Zooz who are usually a quartet made up of Kieron Johnston, Michael Dent, Chris Jones and Cameron Black, however, this evening they were just a trio. Possibly someone’s gone on walkabout? The guys hail from London and apparently formed after a transatlantic romance went wrong. 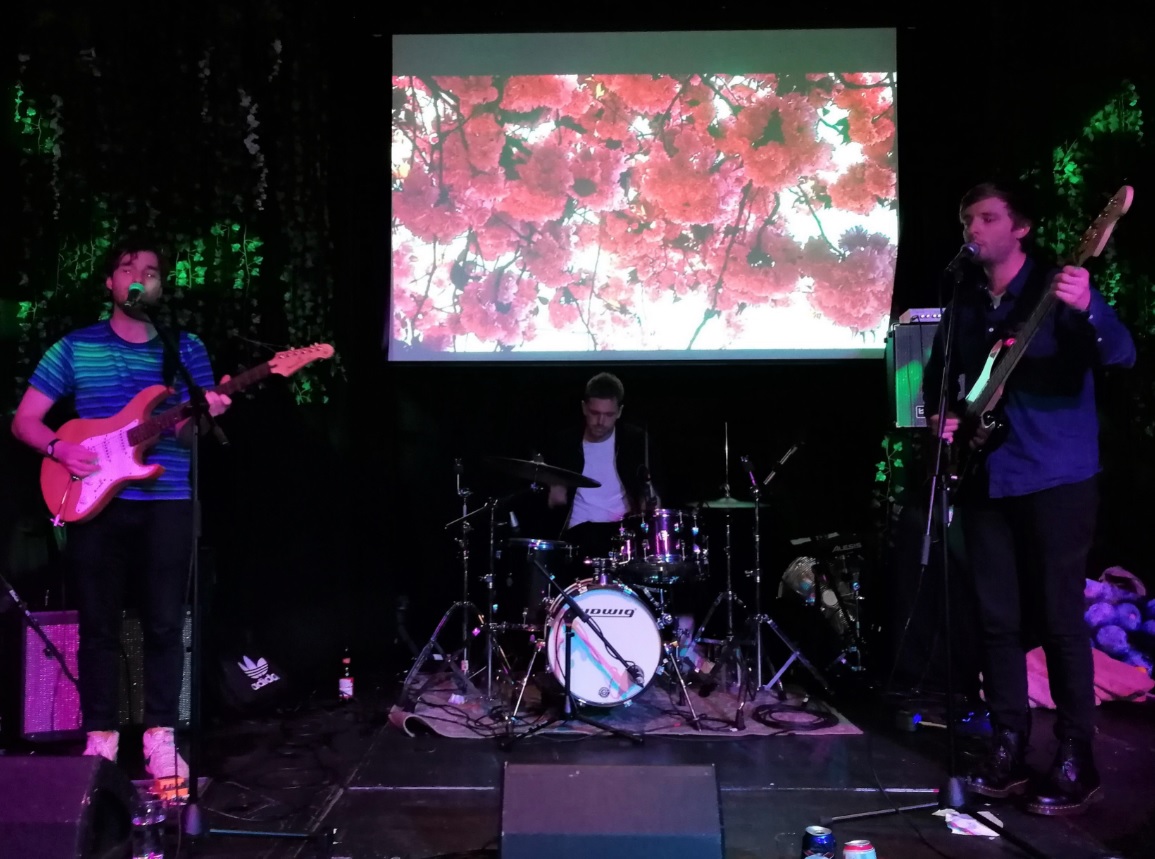 Zooz explore the hazy, dreamy shoegaze sounds that perfectly soundtrack such an event. Having released their debut EP ‘Surf In Stereo’ in 2015, followed by their ‘Stupid & Dirty​/​Holiday From The Norm’ single three months later, the guys are hopefully set to return with some new material and a desire to make you say “yeah, they were pretty good actually.” So in summary of their short set “yeah, they were pretty good actually.”

Find out more about the acts below:
Hanya 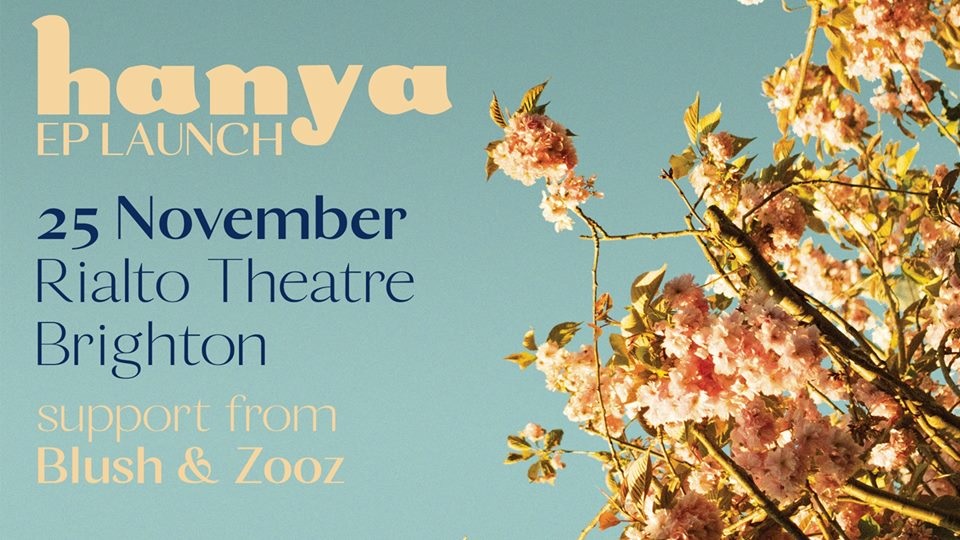