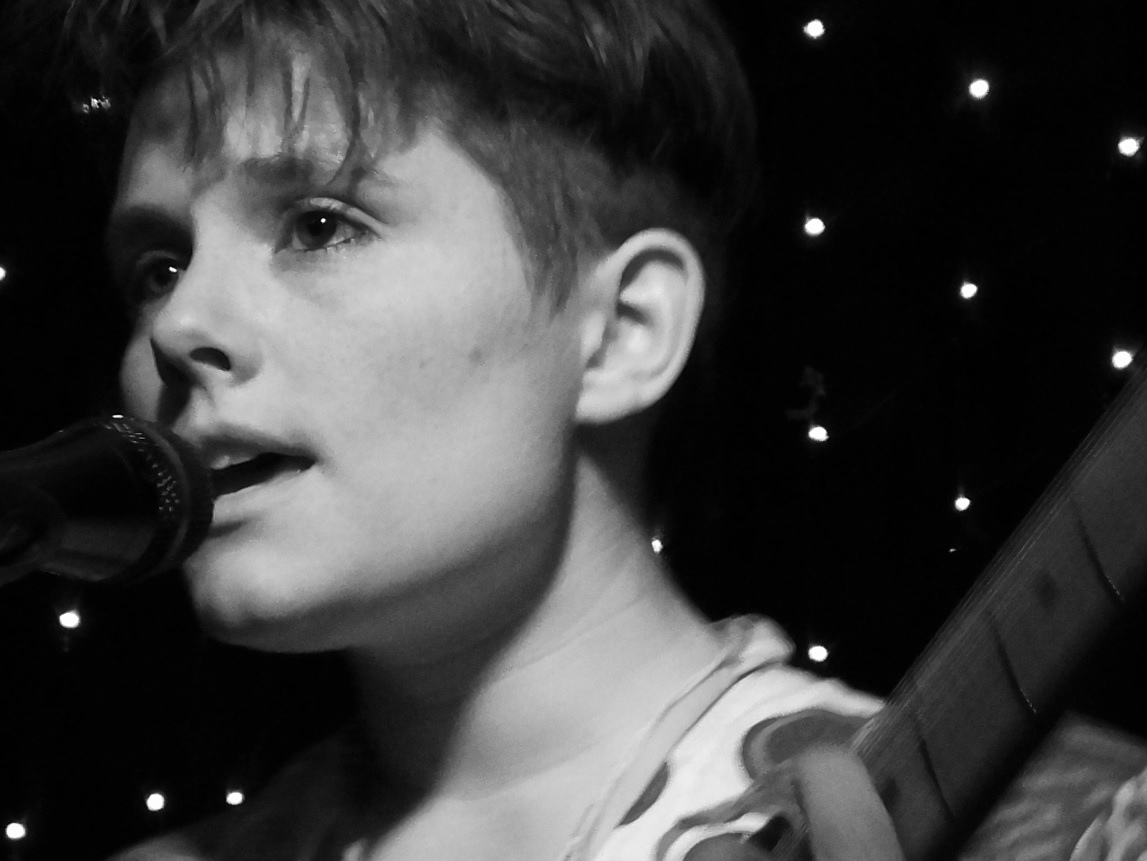 This evening’s event at the Prince Albert, Brighton was billed as “Christmas Is Magic” and “I’m dreaming of a synth/dream/kraut pop Christmas”. So we were aware that luscious synth sounds would be the order of the day, as well as the possibility of a Christmas jumper or two.

The upstairs music room was rammed with concert going revellers and had taken the promoters Brighton Noise quite by surprise – mind you it was a pleasant surprise though!

On offer were three bands of varying musical styles and all of which were most enjoyable. 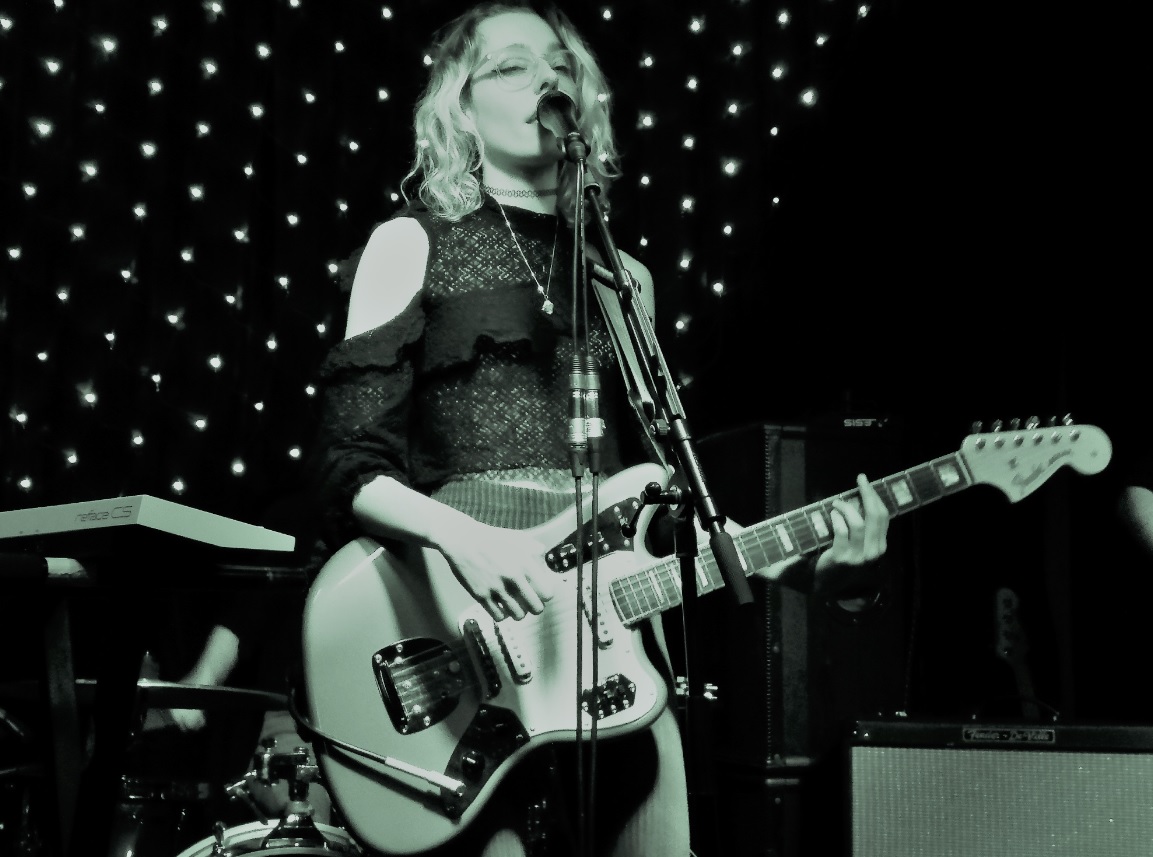 First up was CIEL, which is pronounced SJƐL. This has been up until tonight the solo project of one Michelle Hindriks from The Netherlands. Michelle attended the terrific BIMM musical school a few years ago and Brighton has been calling her back for the past eight years and so two months ago Michelle decided to come and live here, in order to build the next stage of her life.

Back home she had previously released her debut EP entitled ‘Anxiety’ fifteen months ago via Geertruida (NL) and Tree Machine Records (USA). She wrote, played and produced all four numbers, which incidentally three of which got an outing this evening. However, now that she is a welcomed Brighton resident, she felt that it was time to put a four-piece band together and so this evening was their debut gig and in fact was Michelle’s very first performance in the UK. 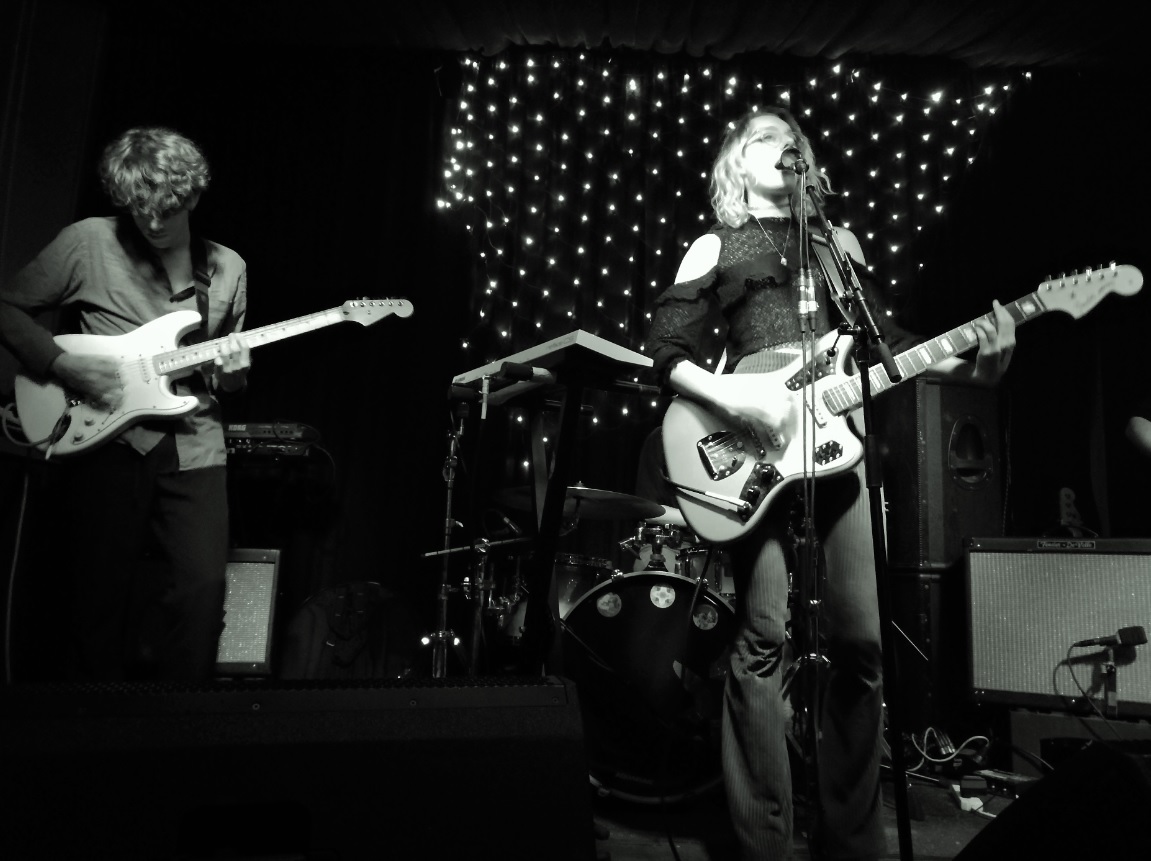 Michelle bravely opened up her UK gig account with a solo number entitled ‘Monochrome Coast’ which is a ‘Twin Peaks’ style number found on the aforementioned EP. She took to the stage and crouched on the floor and sang away – a surprising start! For the remaining five numbers she was joined by Hannah on drums, Jorge on guitar and Scott (from Bloom) on bass and thus CIEL the band were born in the UK. 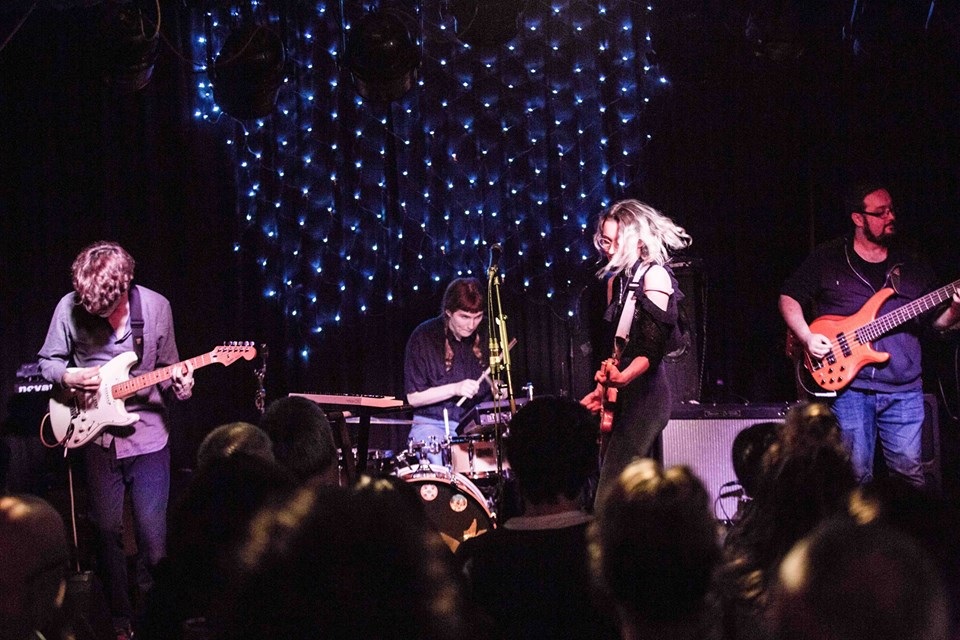 CIEL produced shoegaze style mellow dream-pop. The highlights of which were track three ‘Naked’ which sounded very Cure-esque or even like fellow countrymen Clan Of Xymox, and also their final number ‘The Shore’.

So did they enjoy themselves? Well, seems they sure did as Michelle has posted “Yesterday was totally rad! We were so happy to play our first show in a full The Prince Albert! Thanks so much everyone for coming out early! Also many thanks to Bloom, Fröst and Brighton Noise for putting on this show. We had a blast!”. 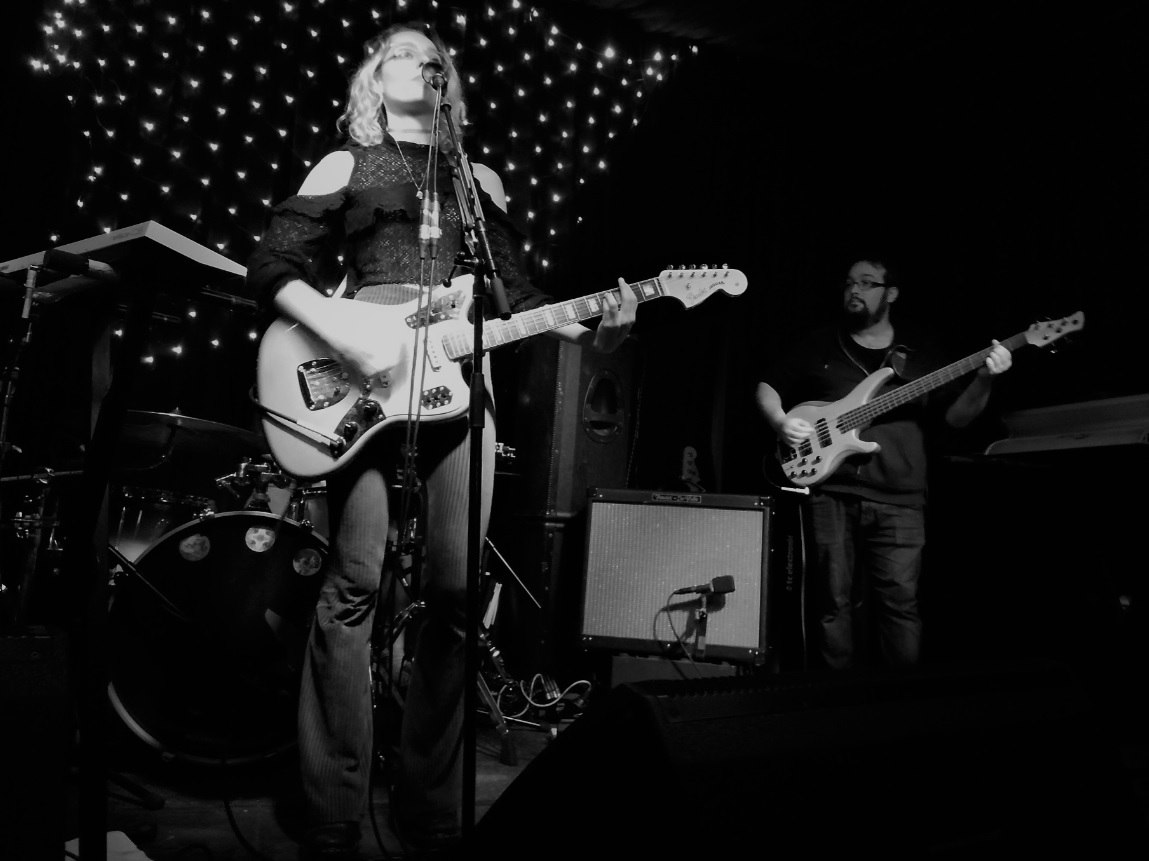 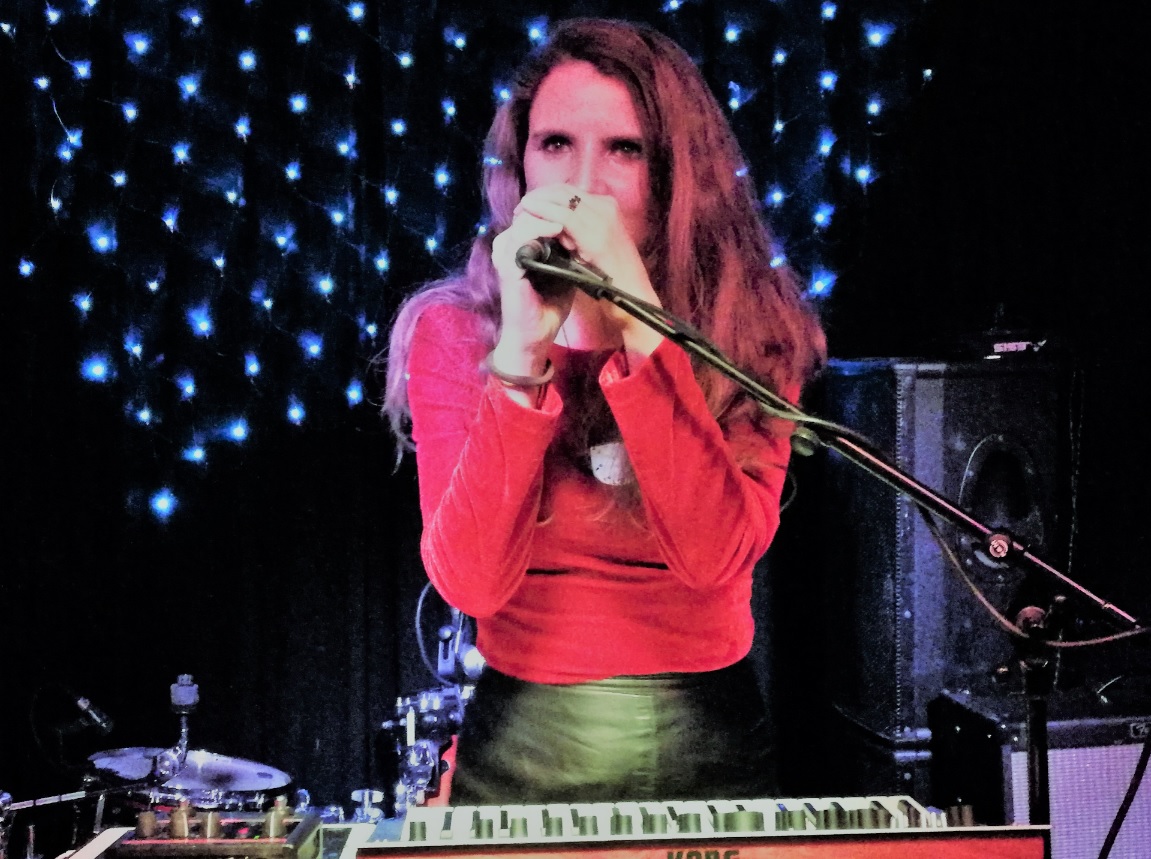 Next up were Fröst. Note the “o” with the two dots above it, as in one of the 29 letters of the Swedish alphabet. I have been meaning to see these guys live for some time now. I nearly ventured along to coast to the wonderful Grade II* listed Greek revivalist styled St Paul’s in Worthing a few weeks ago (1st December) to see them, but as usual there was a clash of gigs and I was instead off to Lewes that night to see the terrific Sex Pistols Experience – read the review HERE. 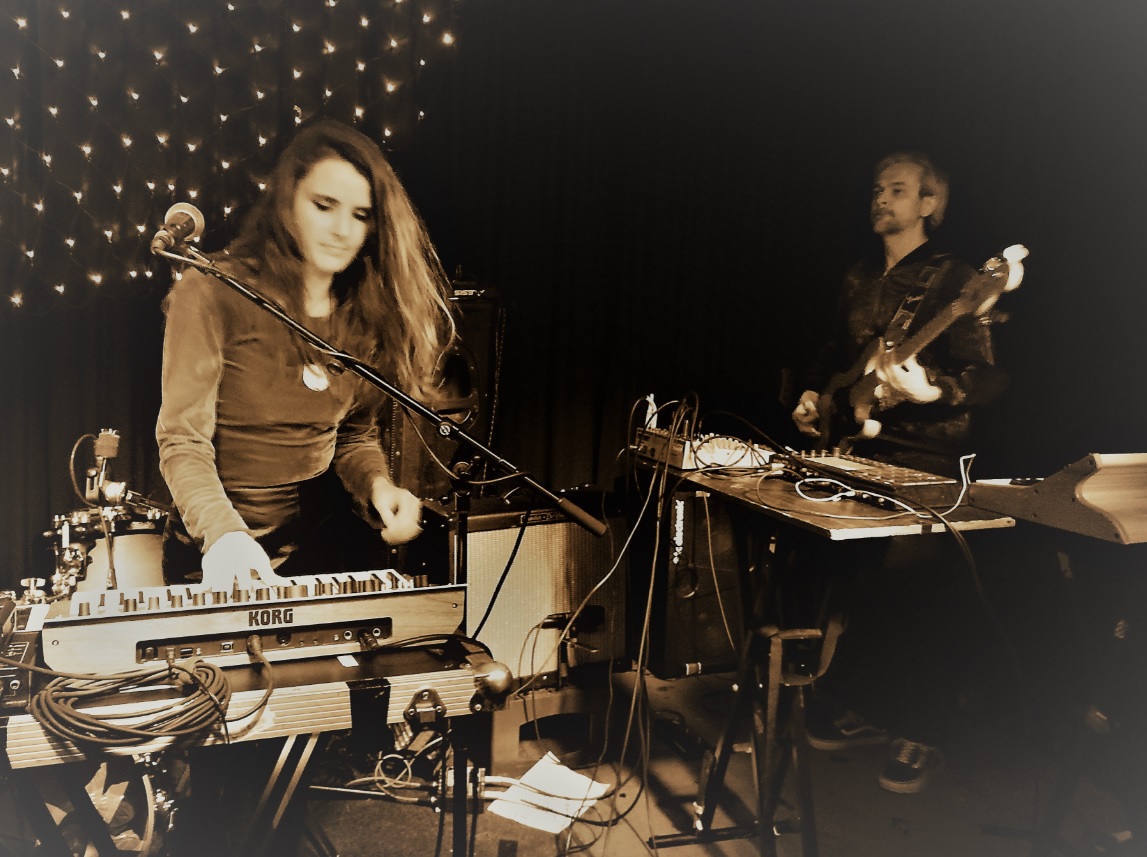 Actually whilst I’m on the subject of St Paul’s, one of the very best gigs that I saw last year took place at that venue. It was an event created by those rather nice SynthesizeMe people (who also put Fröst Worthing gig and also the Vile Electrodes 2016 performance in the same building) and it featured the fabulous AK/DK – you can watch that performance HERE.

This now leads me nicely back to Fröst at the Prince Albert as Ed from AK/DK was in attendance. Turns out that he had two interests on the night, with the first being that he had been working with tonight’s headliners Bloom on one of their tracks and also he only happens to be married to Johanna Bramli from Fröst. 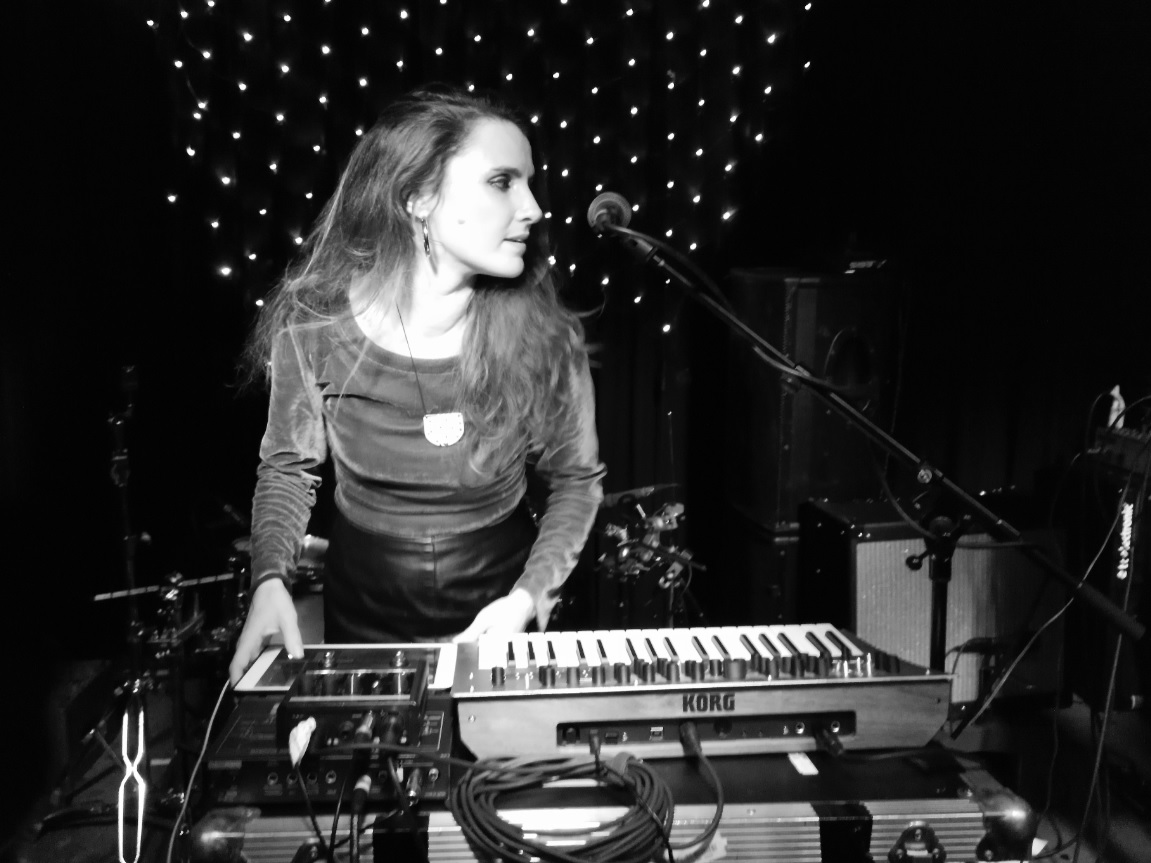 Franco-Swedish Belgian born Johanna being 50% of the band with Steve Lewis being the other half. However for all of their live performances they draft in Megan from Bloom to assist with vocals and keyboards. Artists quite often turn up in more than one act these days and tonight is certainly no exception, as Johanna is the vocalist for Stereolab offshoot Imitation Electric Piano and Steve is in Fujiya & Miyagi.

Fröst for me are the perfect combination of the aforementioned Stereolab and Vile Electrodes mixed in with Kraftwerk, Battery Operated Orchestra and Broadcast. They have put together a hypnotic blend of radiophonics and repetition that’s all neatly wrapped in pop structures and this evening we were treated to all ten of the tracks from their truly magnificent debut album ‘Matters’ which came out on 28th September – listen to it and purchase it HERE. 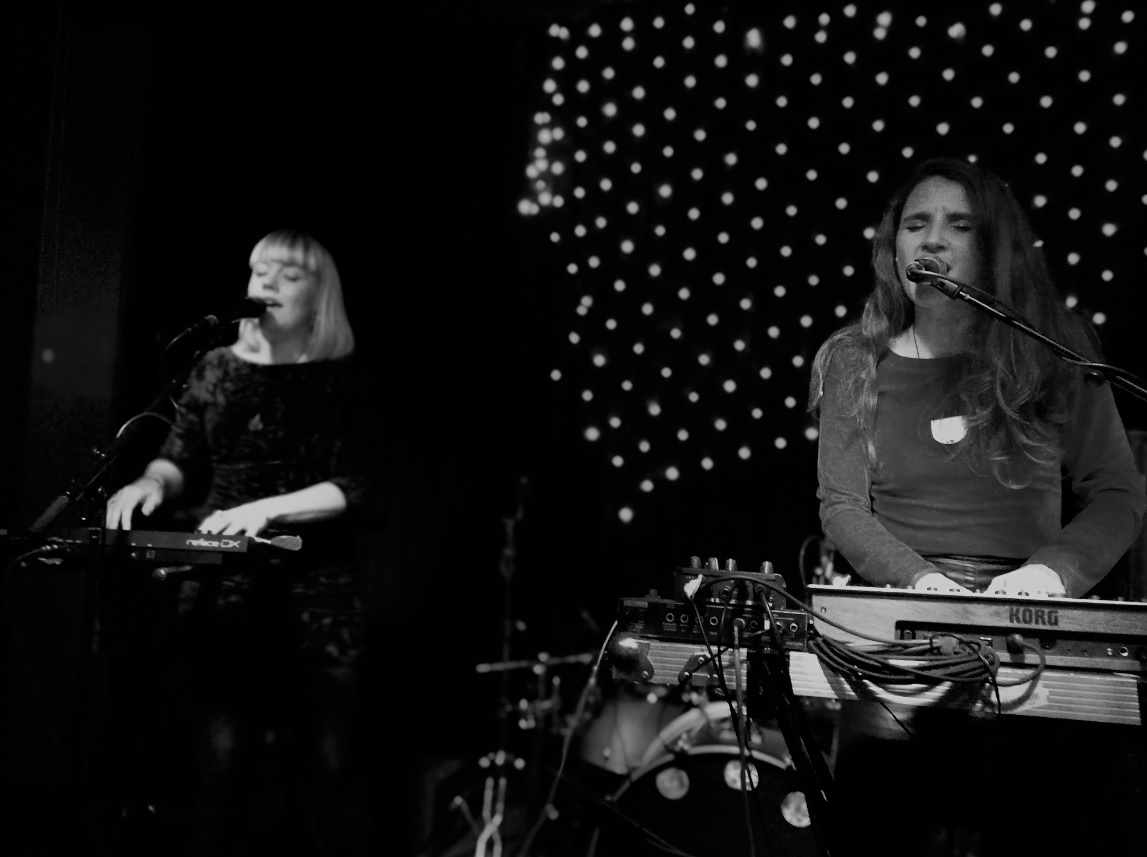 I purchased the album tonight from the band and got it signed too, so I know the money has gone straight to them. I’m not the only one raving about it. Resident Music placed it in their Top 100 albums of the year and Lauren Laverne from BBC Radio6 Music last month stated “Just love this band”.

The Prince Albert punters really enjoyed their set, which also included a cover of Tears For Fears No.4 hit ‘Shout’ from 1984. Johanna and Megan’s vocals were in pleasant harmony, with Johanna switching from English to French. The ladies were certainly having a ball. Not a dud song from them tonight, with the best being ‘Delta Antenna’, ‘Éternelle’ and ‘Trail Away’. Need to see this lot play again live, very soon! 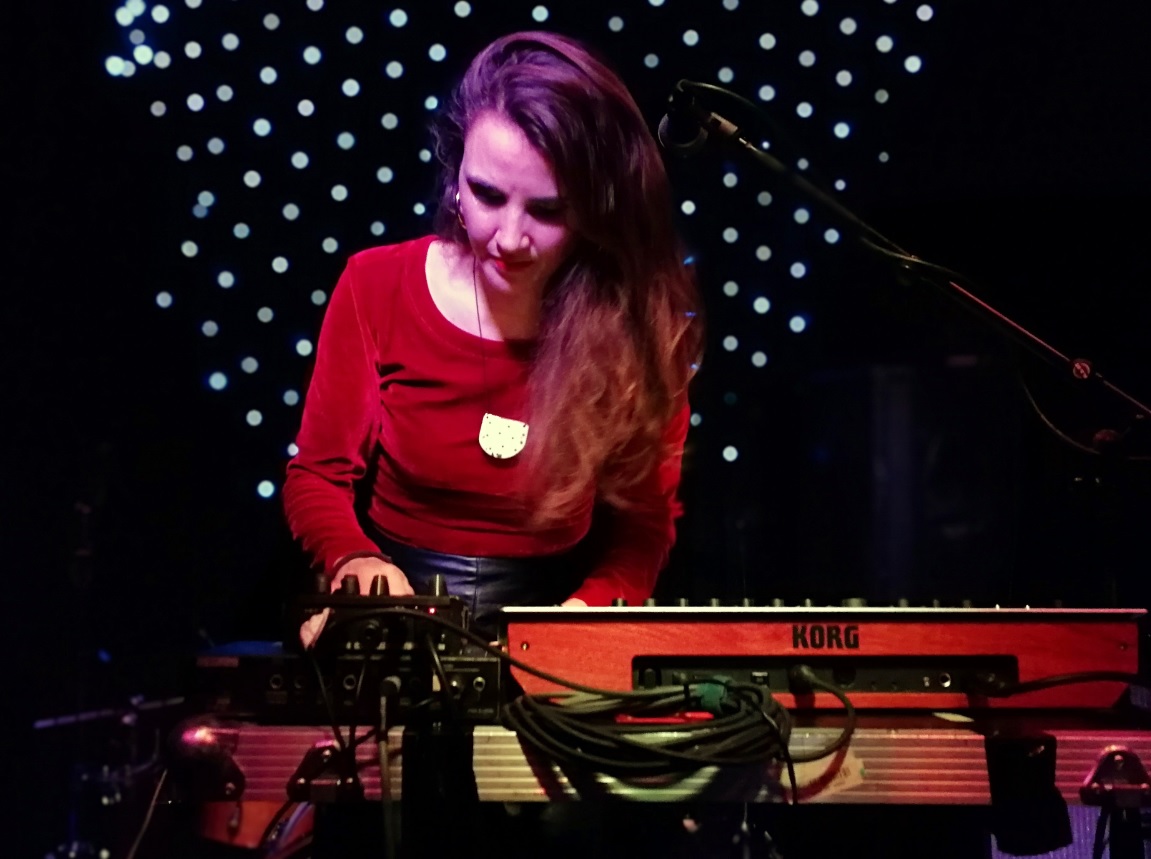 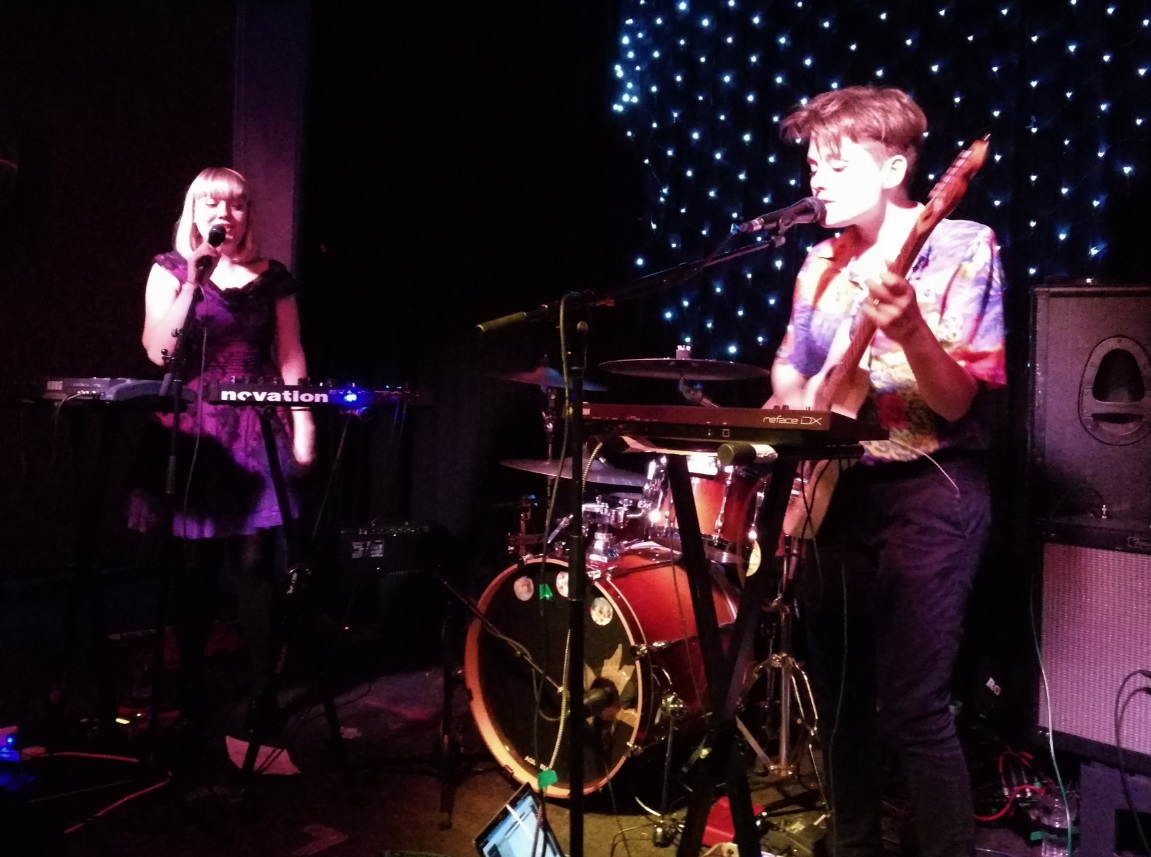 Megan must be one of the busiest ladies in Brighton as not only is she in Bloom and live work for Fröst, but she also hosts ‘The Brighton Guide’ show on Radio Reverb. Even tonight I clocked that she had changed her frocks from one band to another, with a blue number in Fröst and a purple one in Bloom. 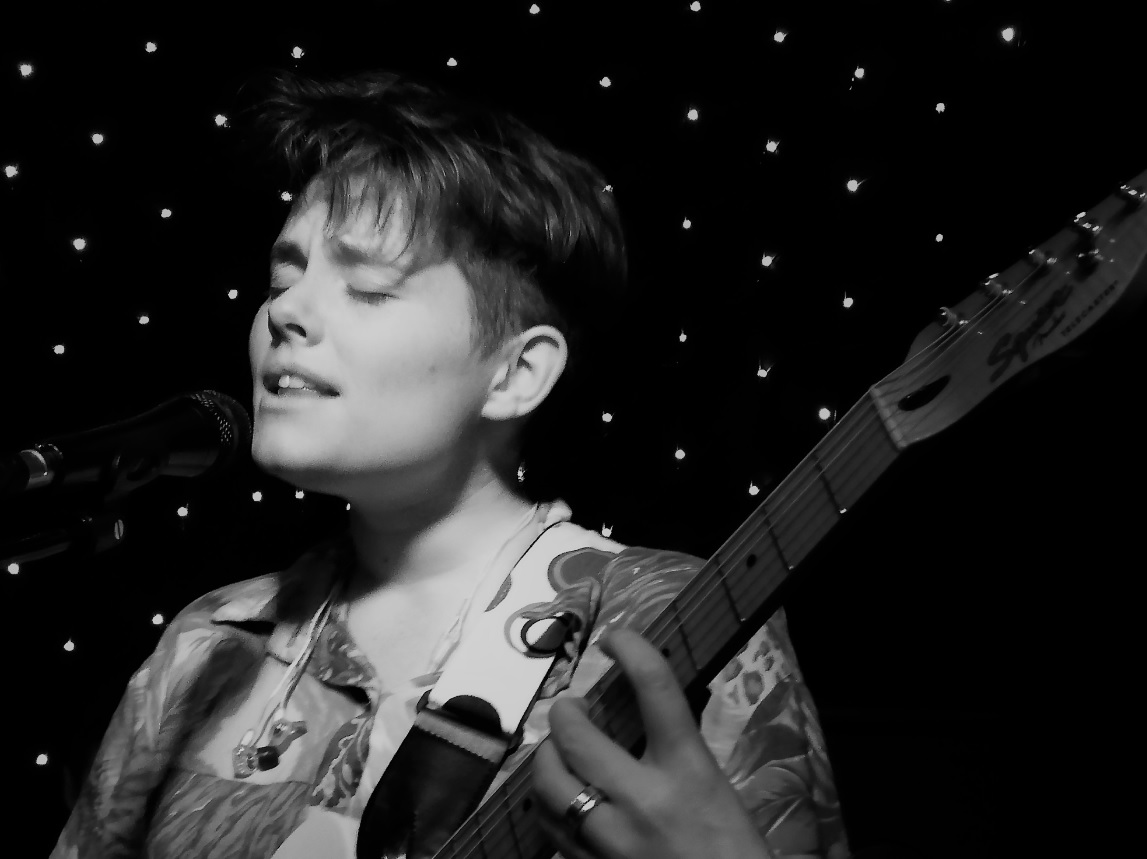 The Bloom dream-pop sound is most pleasant indeed – check out their locally shot video for ‘Letting Go’ HERE. The video and tonight’s live performance were full of perfect harmonies from both ladies with Emily’s the voice of a Christmas angel. Well it was very hot up there on stage by now with a packed house and the wall mounted fans either side of the stage weren’t turned on. Poor Emily wanted to get into the Christmas spirit and thus part the way through their eleven song set, she put on her Christmas jumper on top of her colourful shirt. Talk about suffering for your art! Not only that, but Megan had a cable running inside her two frocks tonight. Not sure what that was about, but possibly something to do with vocal special effects. 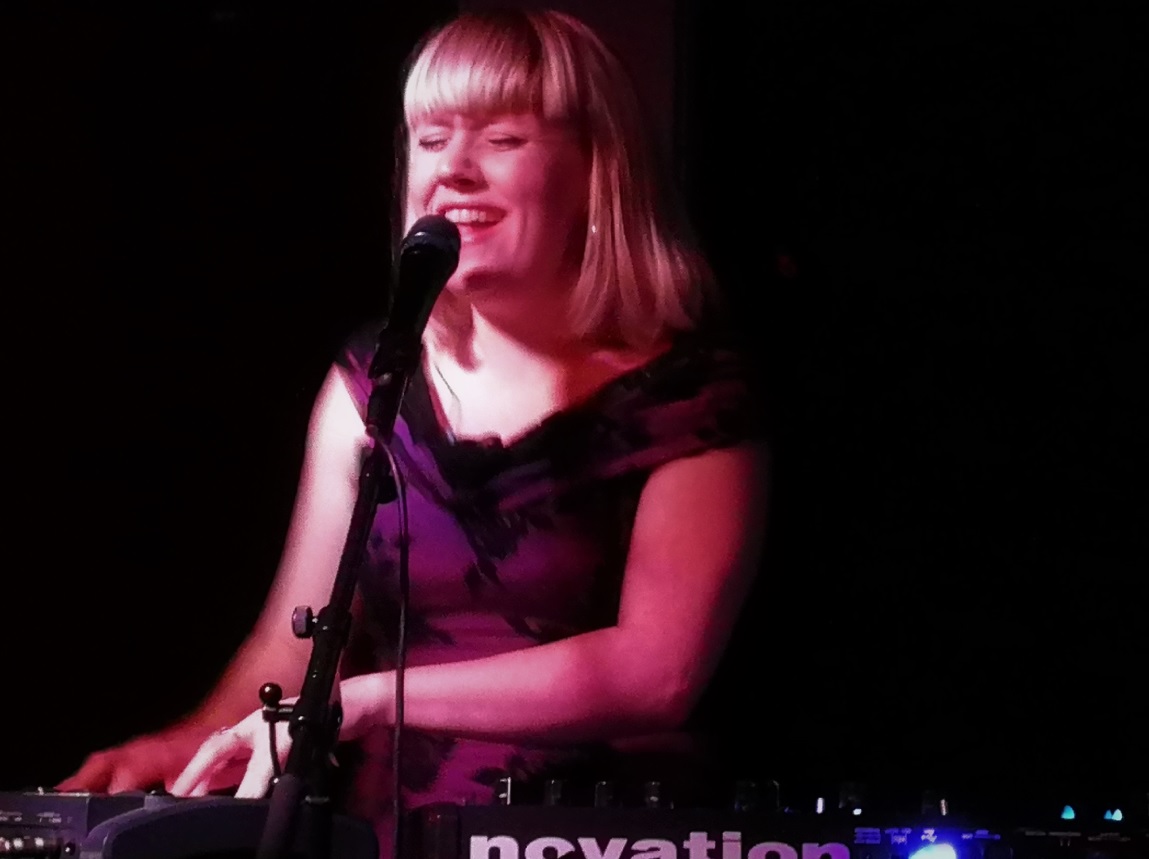 The band are clearly working on a new project, as they are recording something with Ed of AK/DK and it’s about time too as their current album harks back from a couple of years ago in the form of ten track ‘What Is Life’. The opening track of said album was also the opening for tonight’s set, namely ‘Such A Shame’. In fact they only played three other tracks from that album tonight, those being ‘Try’, ‘Something’ and ‘Tiny’.

Their set tonight occasionally had a calypso holiday feel due to the guitar and with all the heat, it certainly didn’t feel like the middle of December. In fact Bloom have commented on social media “We had a great time! Who knew Christmas could be so sweaty”. 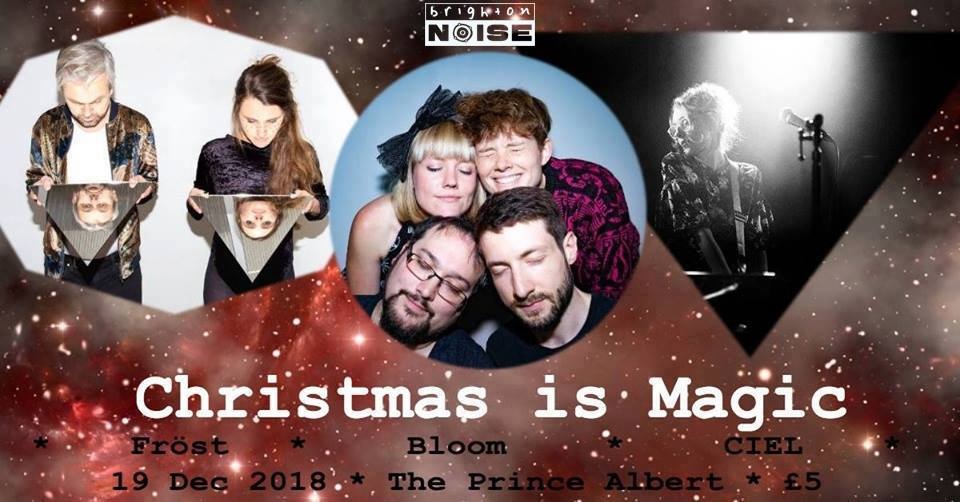 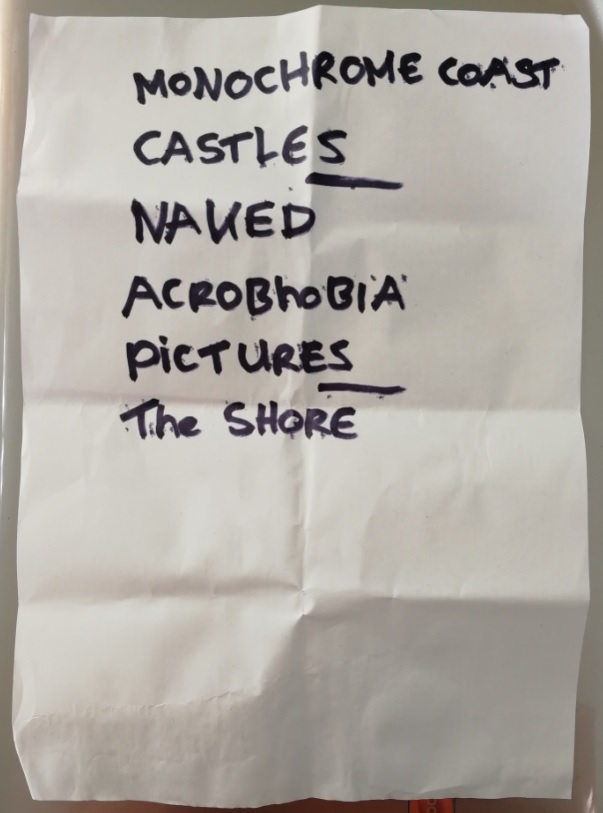 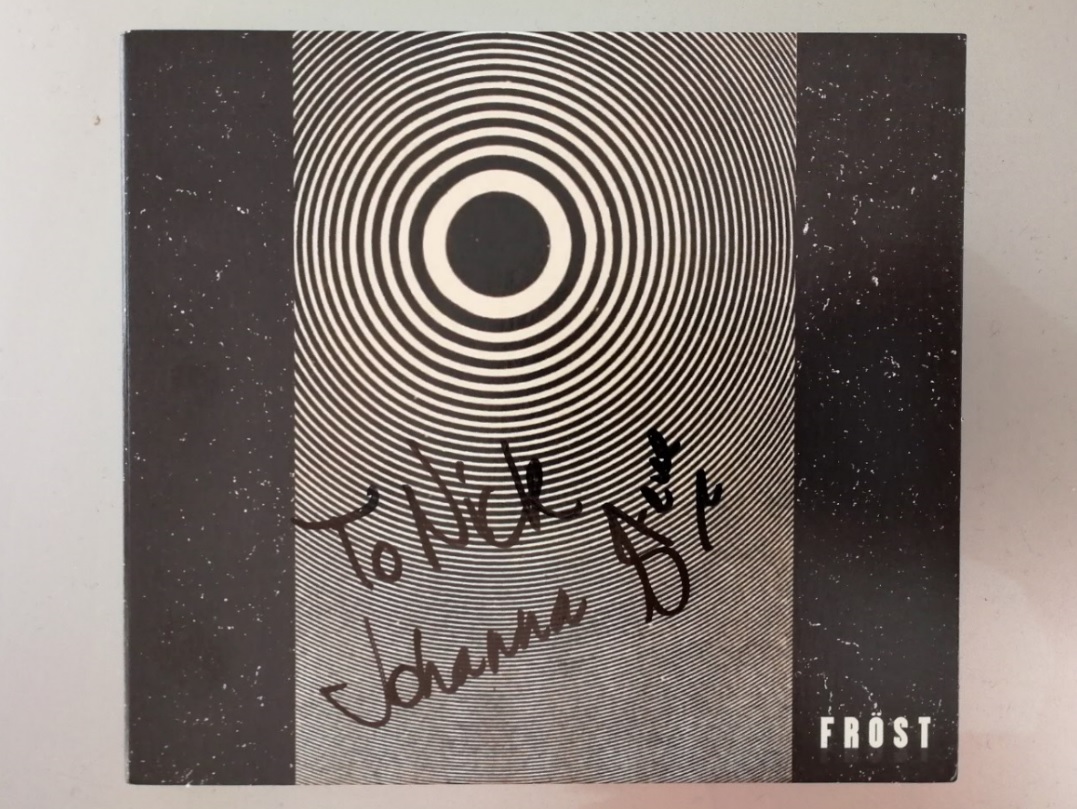