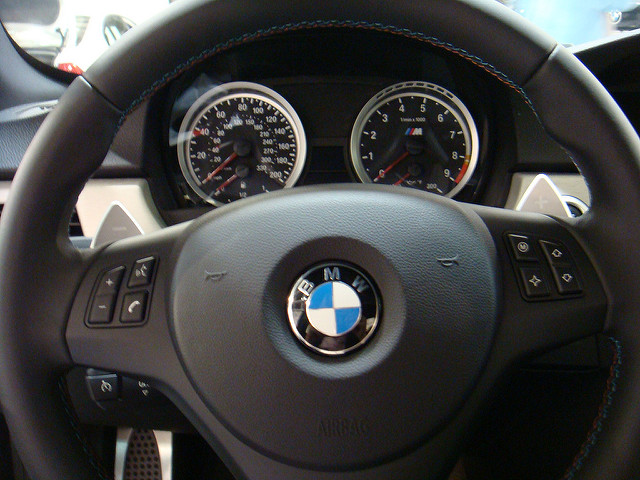 Three men have been arrested on suspicion of stealing steering wheels from parked cars in the Hove area following work by alert local police officers.

At 3am on Tuesday (15 January) patrolling officers saw a car containing three men being driven in New Church Road, Hove. The officers became suspicious of the occupants and stopped the car. In the car were found two steering wheels from BMWs.

The three men, one aged 34 and two aged 24, all of no fixed address, were arrested on suspicion of thefts from vehicles and are currently in custody for interview and further enquiries.

Officers then searched an address in Bognor where vehicle accessories including steering wheels were seized. A 24-year-old man was arrested at that address on suspicion of handling stolen goods. He is also currently in custody for interview and further enquiries.

Detective Sergeant James Meanwell said: “This was good work by two alert patrolling officers which we think may have nipped this particular activity in the bud.”

On the night of Sunday to Monday, 13 to 14 January, parked BMWs had been broken into and had steering wheels stolen in the following locations:

On the night of Monday to Tuesday, 14 to 15 January, prior to the arrests, steering wheels had been stolen from parked BMWs in the following locations: