Parking charges set for the year ahead in Brighton and hove

Parking charges are to go up in some streets and two car parks in Brighton and Hove.

But for most places, charges will be frozen for the financial year ahead.

The freeze applies to resident and visitor permits as well as permits for businesses and traders.

The rise in charges agreed this afternoon (Tuesday 22 January) will take effect from April.

Two-hour and four-hour parking charges in medium-demand zones will increase by between 4.8 per cent and 7.1 per cent.

Charges in the seafront pay and display zones will rise by between 1 per cent and 9.4 per cent.

Seafront parking along Madeira Drive west of the lift, goes up 9.4 per cent from £3.20 to £3.50 for an hour in the summer season – from the start of March to the end of October.

There are no changes to charges for Madeira Drive east of the lift – or during the winter for the west. 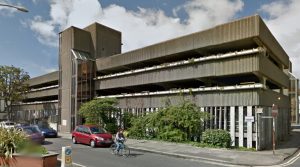 Car park prices will stay the same except at two car parks where workers often park for the day – Norton Road, opposite Hove Town Hall, and London Road, in Brighton. The price rises at both are aimed at moderating demand.

At London Road car park, drivers will pay 12.5 per cent more for between four and nine hours of parking with the charge going up from £8 to £9. The other charges will stay the same.

Green councillor Leo Littman noted the higher prices, saying: “When the Greens put up parking fees when we were in administration, people used to say we hated motorists.”

Conservative councillor Lee Wares asked if any additional surplus could be used to reduce the cost of traders’ permits.

Labour councillor Gill Mitchell, who chairs the council’s Environment, Transport and Sustainability Committee, said that it could be considered in the future.

Any profits from parking charges must be used for transport-related projects and about two thirds is spent on concessionary bus fares, mostly for pensioners.

Last year new parking zones brought in an extra £1.5 million which was spent on fixing potholes.