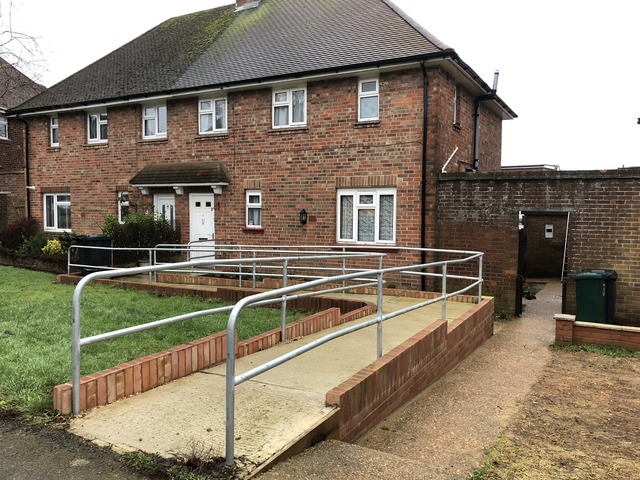 A large access ramp which neighbours complained about when it was built without planning permission will remain outside a house in Hove as it is needed by a resident.

Housing officials told councillors that the ramp, in Clarke Avenue, Hangleton, was built for a specific person.

They housing department had checked that the ramp complied with building regulations and believed that it did not require planning permission.

Neighbours complained – with one even taking the case to the local government ombudsman, which said it could not investigate.

Since then, Brighton and Hove City Council has submitted a retrospective planning application to itself, seeking permission to retain the ramp.

In objections to the application, one anonymous neighbour said: “There has been no balancing exercise by the council to assess the needs of the resident … against our rights as the adjoining landowners and the rights of other neighbours.”

Labour councillor Julie Cattell, who chairs the Planning Committee, said: “This is something that needs to be put through planning. It puts us in a level of embarrassment.”

Councillors discussed whether to put a “personal condition” on the ramp, so that it would have to be removed when a named person moved out.

At a meeting at Hove Town Hall, they voted against this but agreed that the ramp could stay.