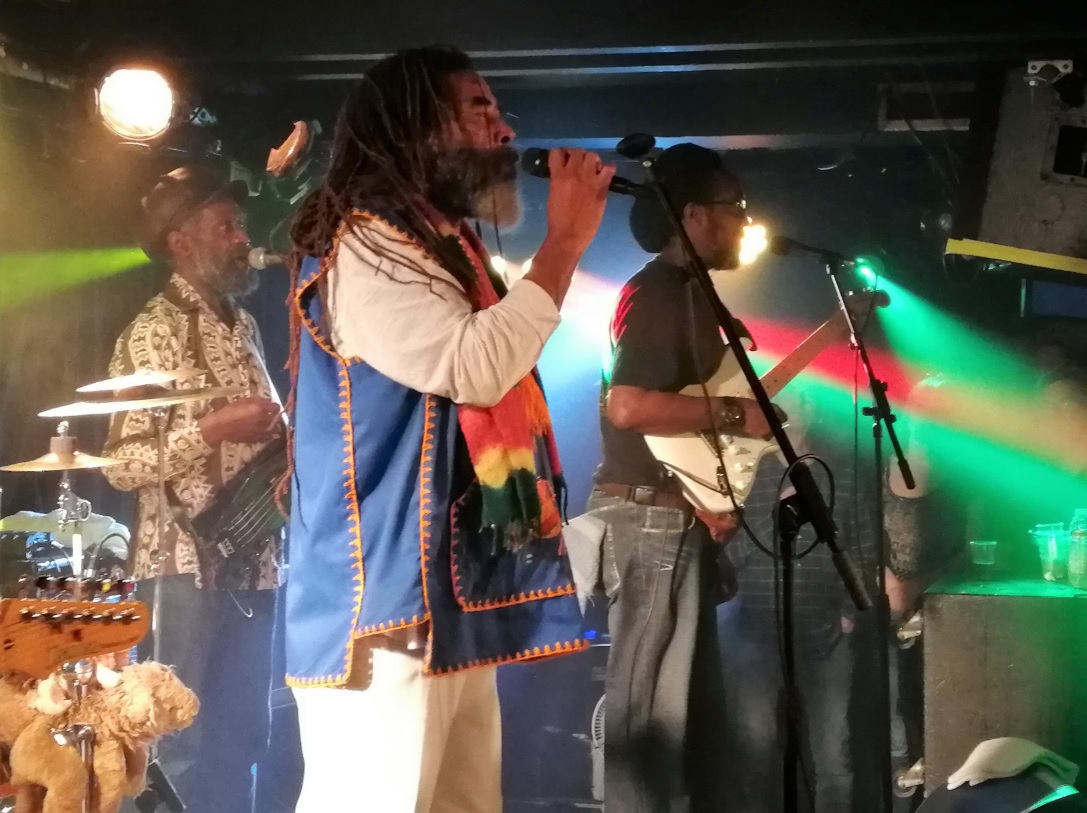 The legendary Twinkle Brothers were in Brighton tonight with their blend of infectious Jamaican reggae sounds. The night was a celebration of the birth of Robert Nesta Marley, that’s Bob to us. Bob was born on 6th February 1945 and sadly departed on 11th May 1981 at the tender age of just 36. His final words to his son Ziggy were “Money can’t buy life”. If he was still with us, he would currently be 74 years old. His legacy still continues and his achievements are celebrated throughout the globe. Thank God I was him perform live at the Brighton Centre shortly before his passing. 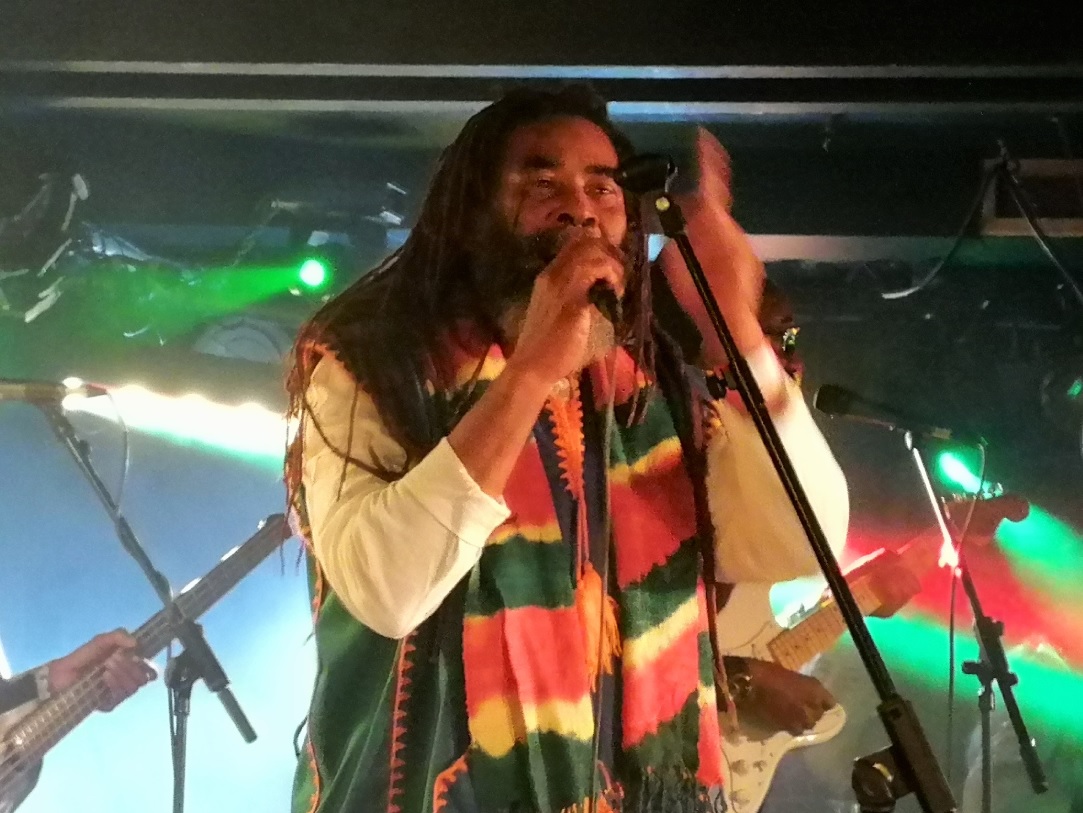 The Twinkle Brothers and support act Dubious Roots were certainly giving the celebrations a good old go at the Komedia Brighton located on Gardner Street. The party celebration was to continue afterwards at the nearby Richmond until 3am. 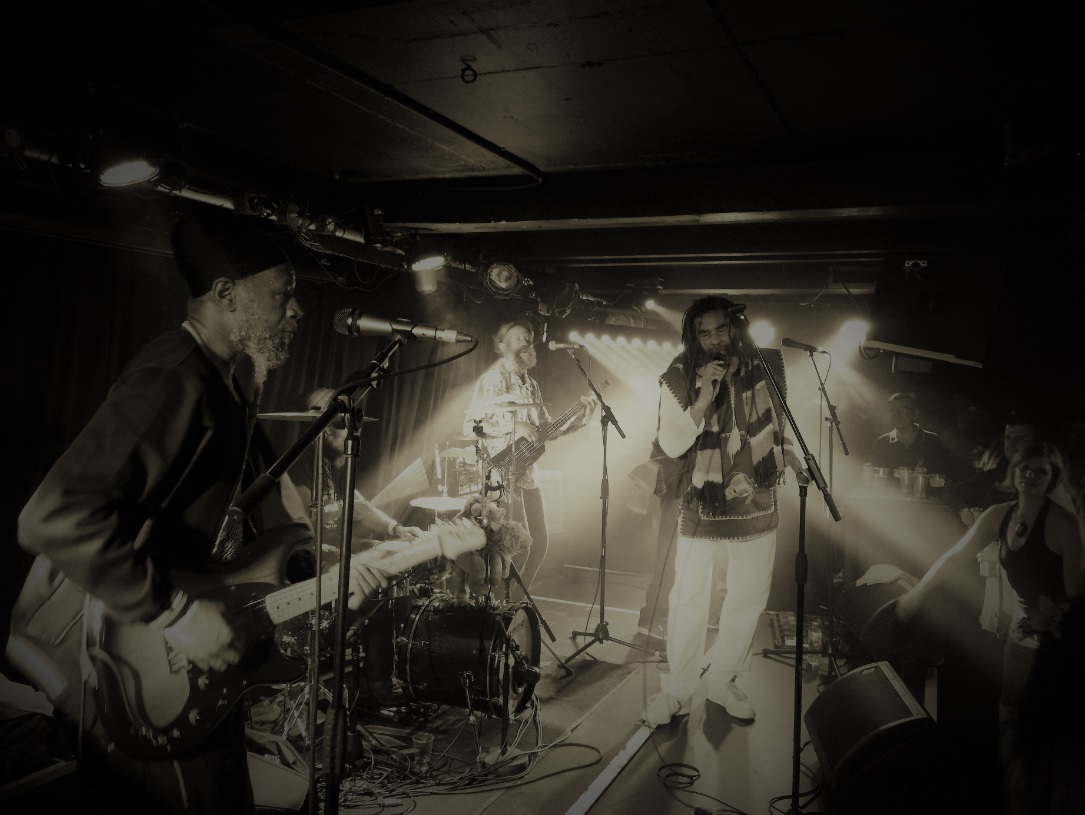 Brothers Norman (vocals, drums) and Ralston Grant (vocals, rhythm guitar) formed the Twinkle Brothers back in 1962 in Falmouth, Jamaica. The band was then expanded with the addition of Eric Barnard (piano), Karl Hyatt (vocals, percussion), and Albert Green (congas, percussion). Clearly 1962 is a special year for Jamaicans as on 6th August 1962 was when the nation adopted their instantly recognisable Jamaican flag on their Independence Day. It is the only current national flag in the world that does not feature any of the colours red, white, or blue. 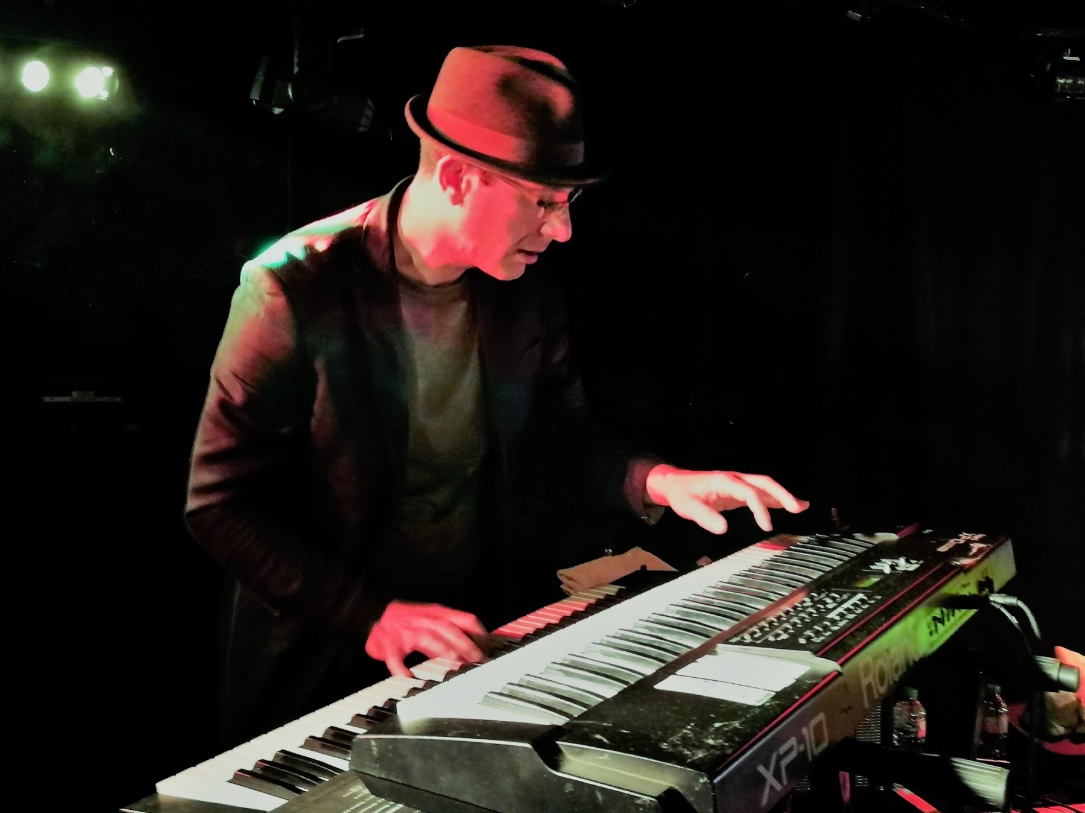 After winning local talent competitions, the Twinkle Brothers recorded their first single, ‘Somebody Please Help Me’, in 1966 for producer Leslie Kong. This was followed by sessions for other top Jamaican producers such as Duke Reid, Lee “Scratch” Perry, Sid Bucknor, Phil Pratt, and Bunny Lee. The band worked in the late 1960’s and early 1970’s on the island’s hotel circuit, playing a mixture of calypso, soul, pop, and soft reggae, and in the early 1970’s, they began producing their own recordings. Their debut album, ‘Rasta P’On Top’, was released in 1975, featuring strongly-Rastafari-oriented songs such as ‘Give Rasta Praise’ and ‘Beat Them Jah Jah’. 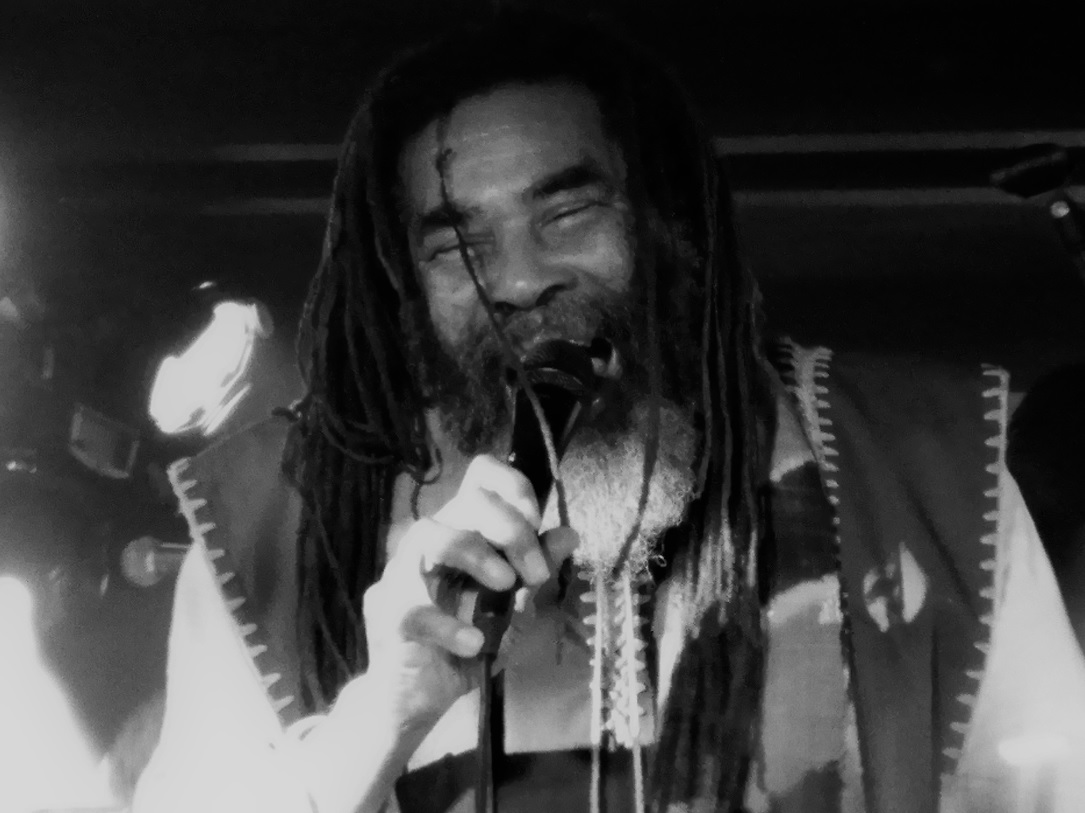 As well as producing Twinkle Brothers work, Norman Grant also produced other artists since the mid-1970’s, including several albums by E.T. Webster. In 1977, the band were signed to Virgin Records’ Frontline label, leading to the release of the ‘Love, Praise Jah’, and ‘Countrymen’ albums. In the early 1980’s, Norman Grant moved to the UK, and carried on effectively as a solo artist, but still using the Twinkle Brothers name, and continued with regular releases well into the 2000’s, mainly on his own Twinkle label. The band have been rather prolific since forming and according to Norman tonight, they have released 70 albums! There’s over 50 of them listed on the bands Wikipedia page. 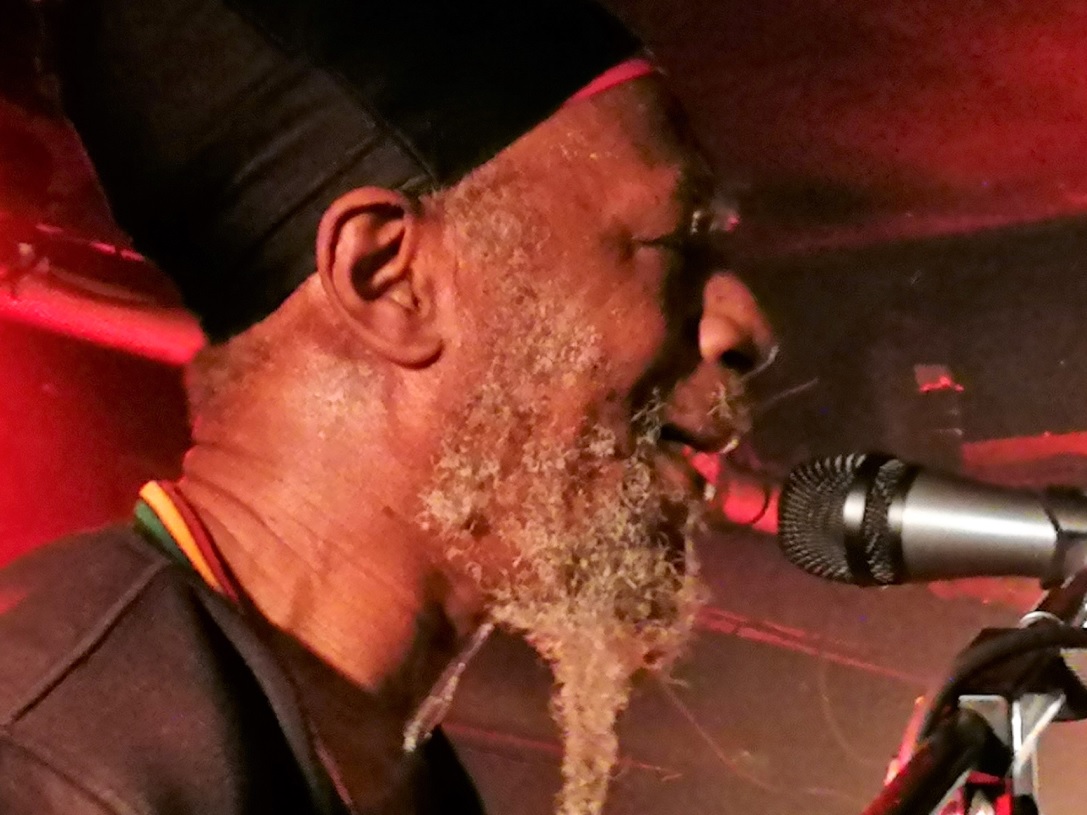 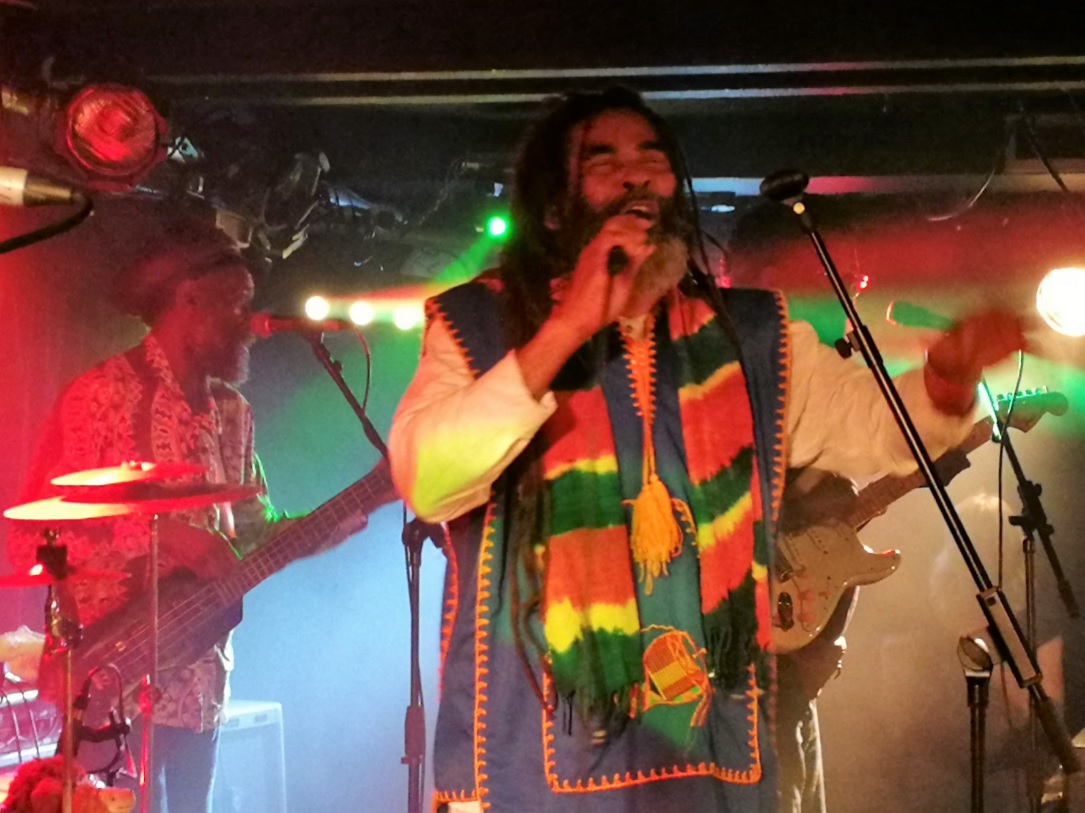 They were a sextet on stage as co-founding member Ralston Grant wasn’t available. Having said that, boy they are certainly all in tune with each other. They were drilled to the millisecond and performed a most enjoyable tight set. Clearly these guys are accomplished musicians and they paid tribute to Bob Marley by performing his famous closing track from his 1980 ‘Uprising’ album, namely ‘Redemption Song’. 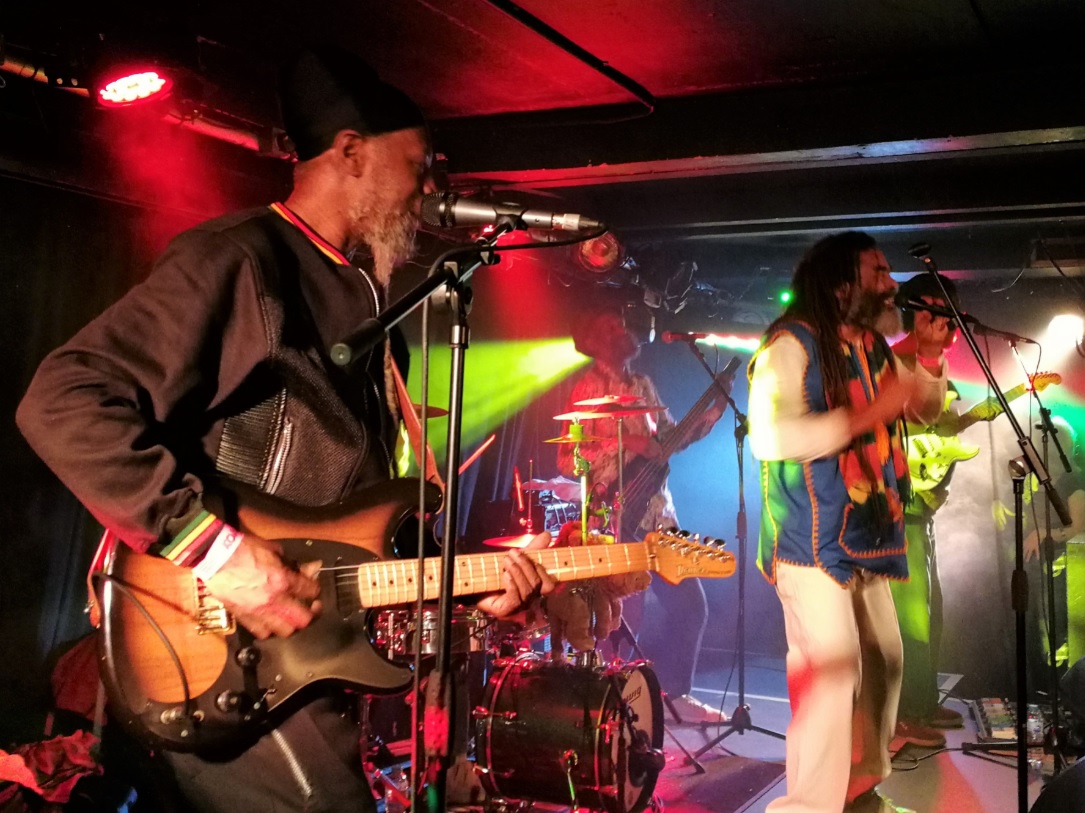 Tonight’s set bore very close resemblances in choice of tracks and crowd banter to their 2018 appearance at the Swiss Afro-Pfingsten Festival. So for those of you that attended this evenings fab event or for those of you who are curious as to what you have missed, then watch their performance in Switzerland HERE and chill out for about 85 minutes. 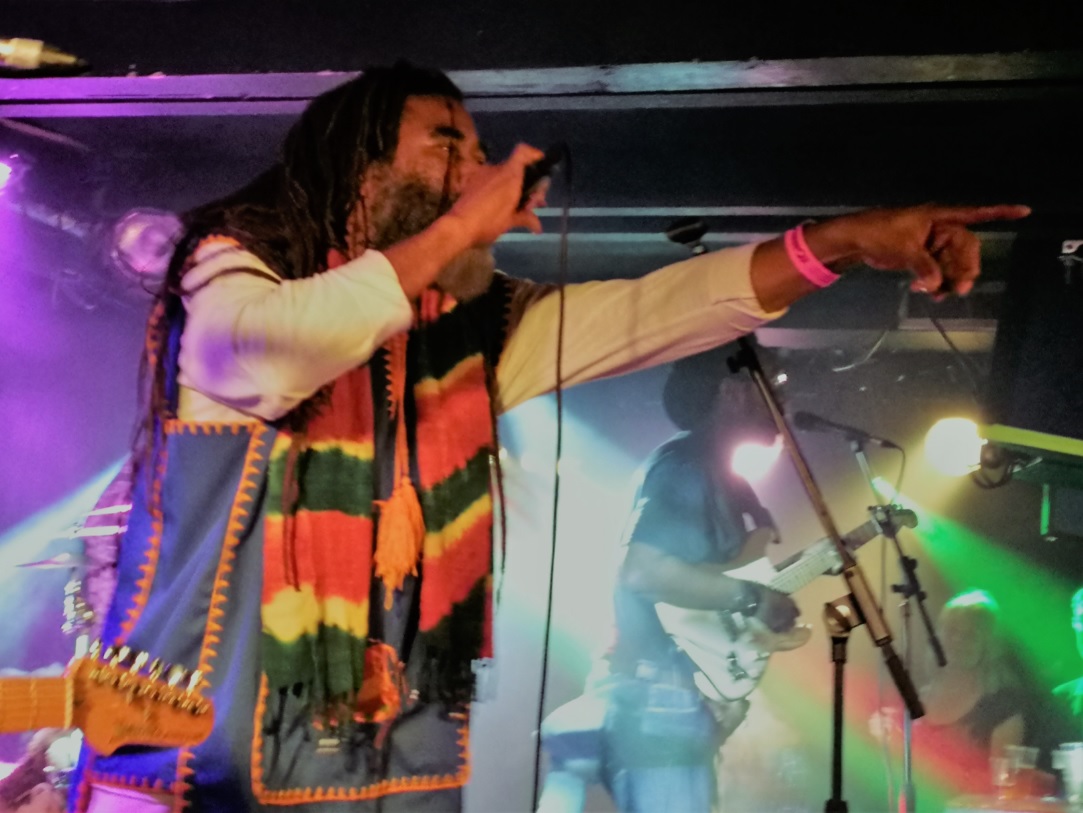 Funnily enough one of my fave tracks this evening was when bassist Dub Judah was allowed to serve us up his 1992 ‘Babylon Is A Trap’ tune. It reminded me of the times when I saw Black Uhuru live in Brighton with Sly and Robbie back in their heyday. It’s has an infectious vibe – listen to it HERE. 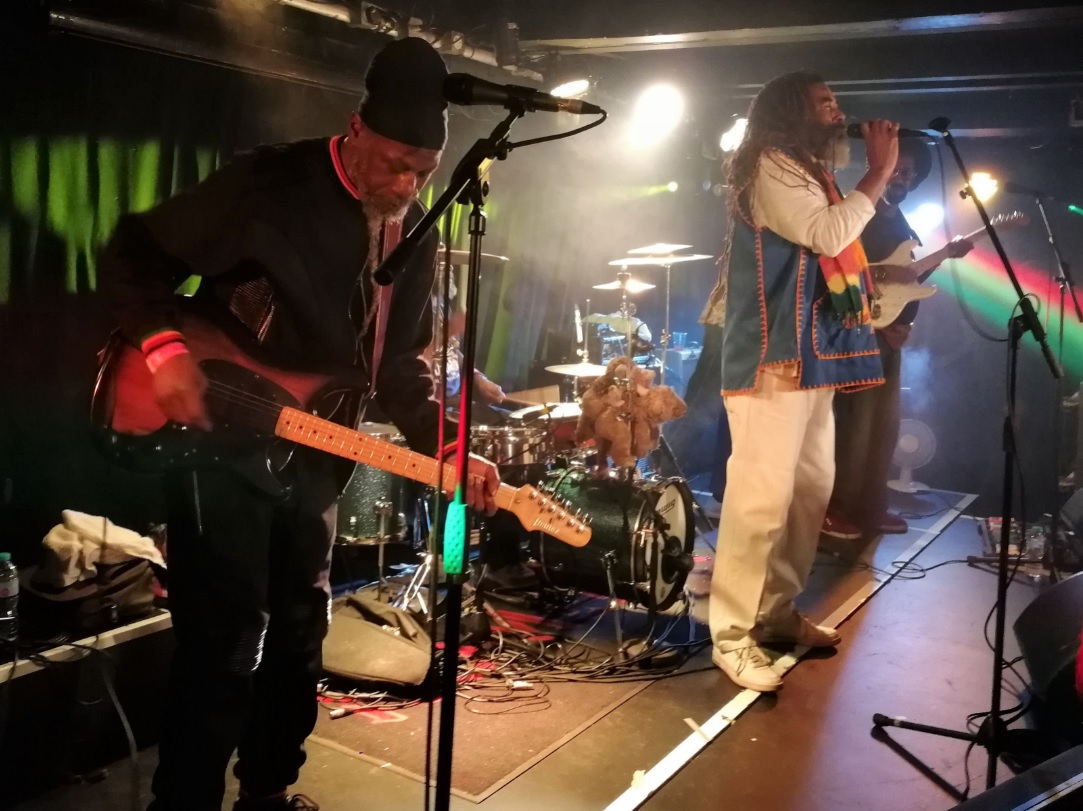 An interesting tune on the night was their rendition of the 1981 single entitled ‘Robot’, which has elements of David Bowie’s epic ‘Space Oddity’ in it.

I’m very pleased that I have finally got to see the Twinkle Brothers play live after all these years as I can recall hearing their John Peel session in 1981. Would I go and see them play live in Brighton again? ABSOLUTELY! Especially if Ralston Grant is also in the band next time! 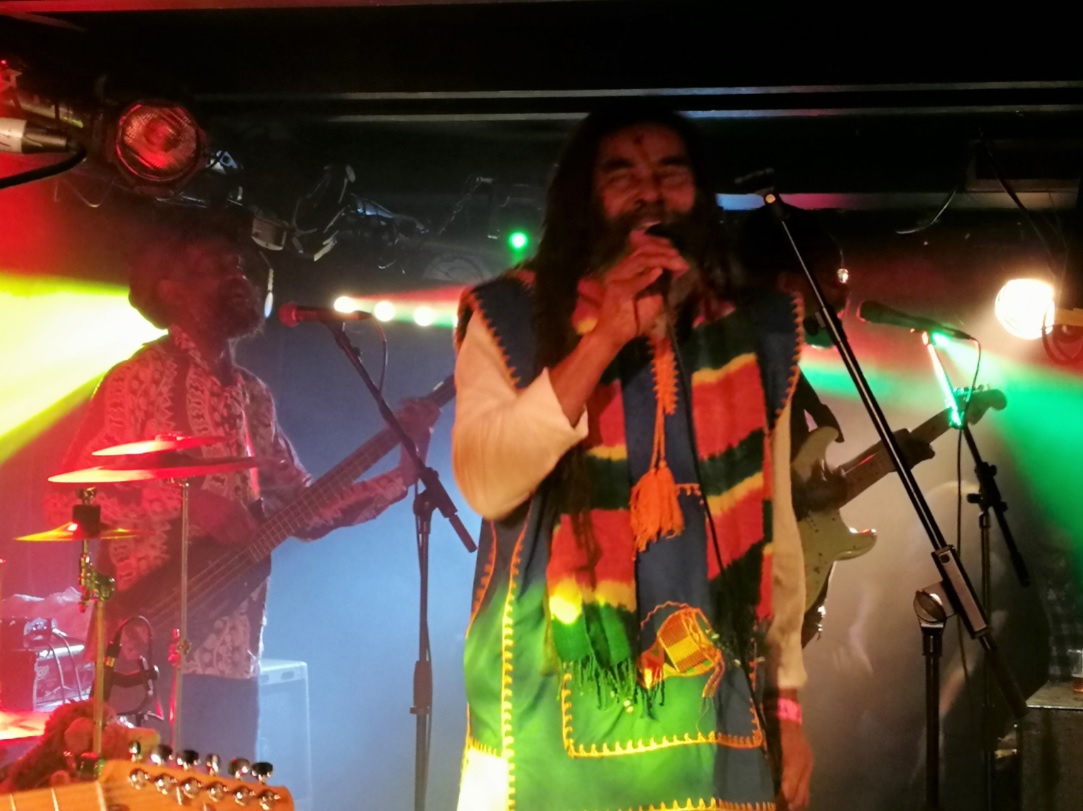 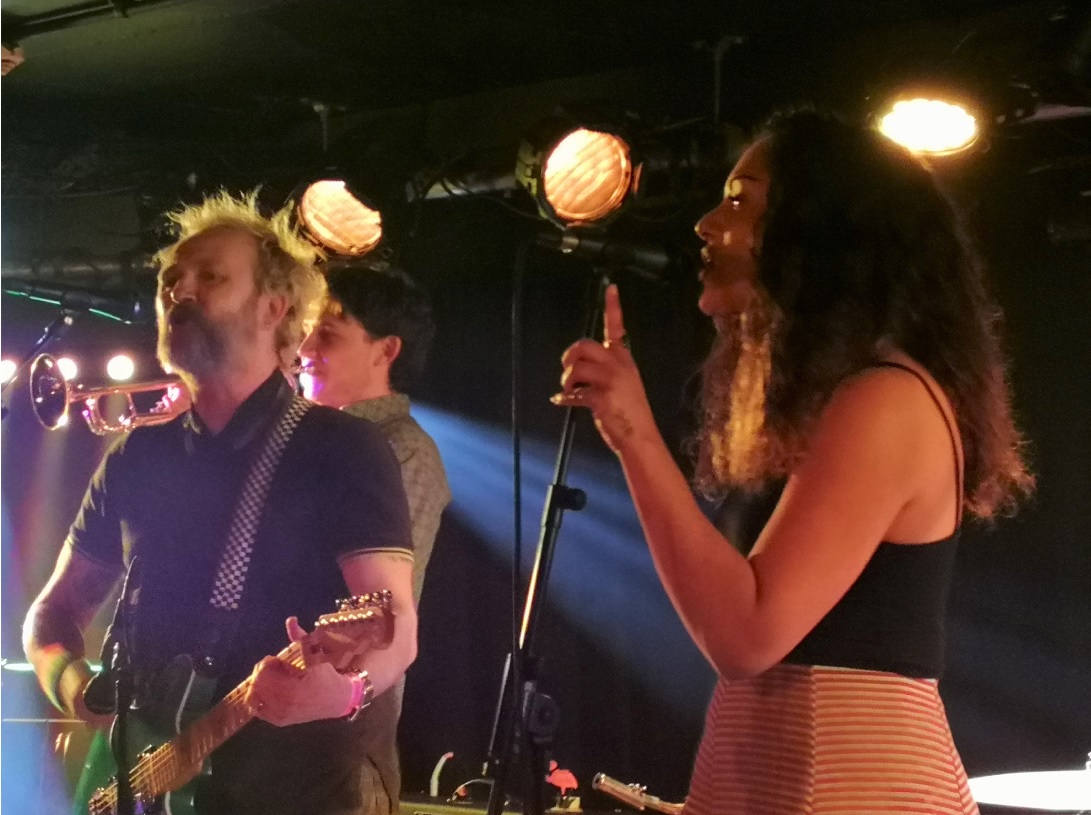 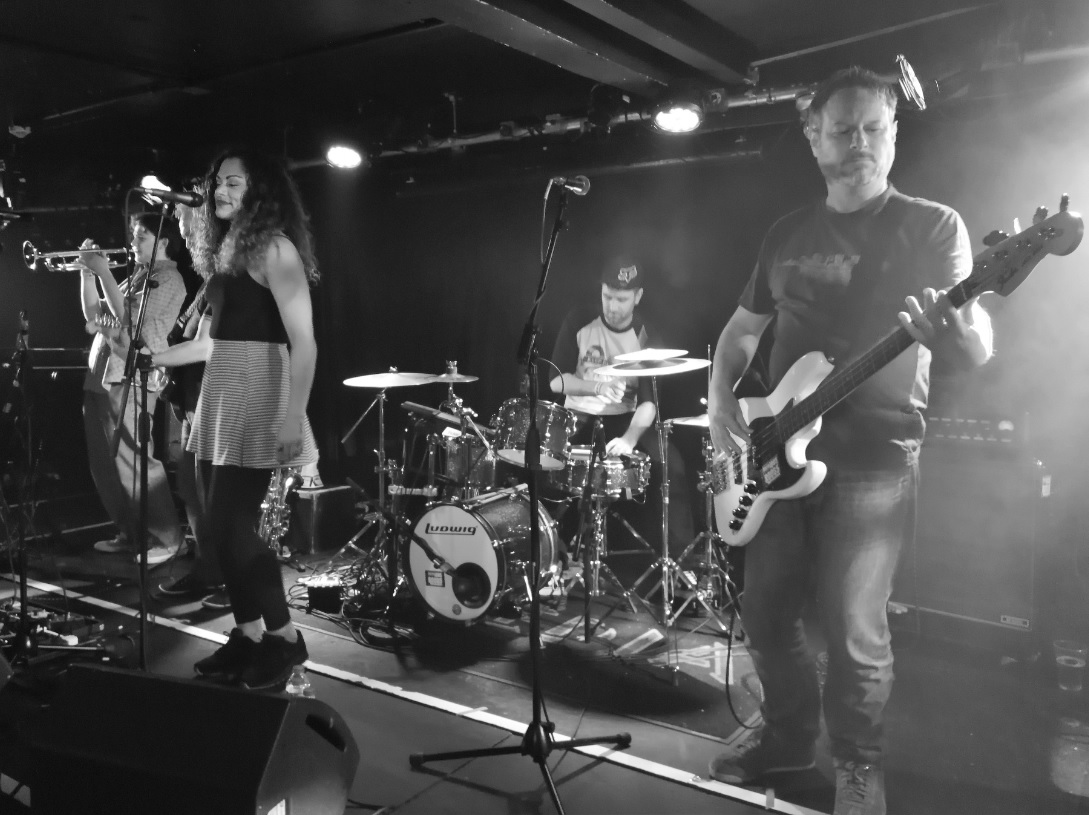 They certainly got the virtually sold out crowd swinging with their contagious reggae vibes infused with mixed dub tones. They brought that happy feeling to the evening that thankfully continued all the way through the event.

My colleagues were certainly enamoured with Ruth’s soulful female melodies which bought a soulful feeling to their enjoyable set. Whereas the lads could be easily likened to that early UB40 sound and so it’s no wonder that Dubious Roots have already performed with Gentleman’s Dub Club, Backbeat Soundsystem, Kioko, Dennis Bovell, Macka B. & Capt. Accident. 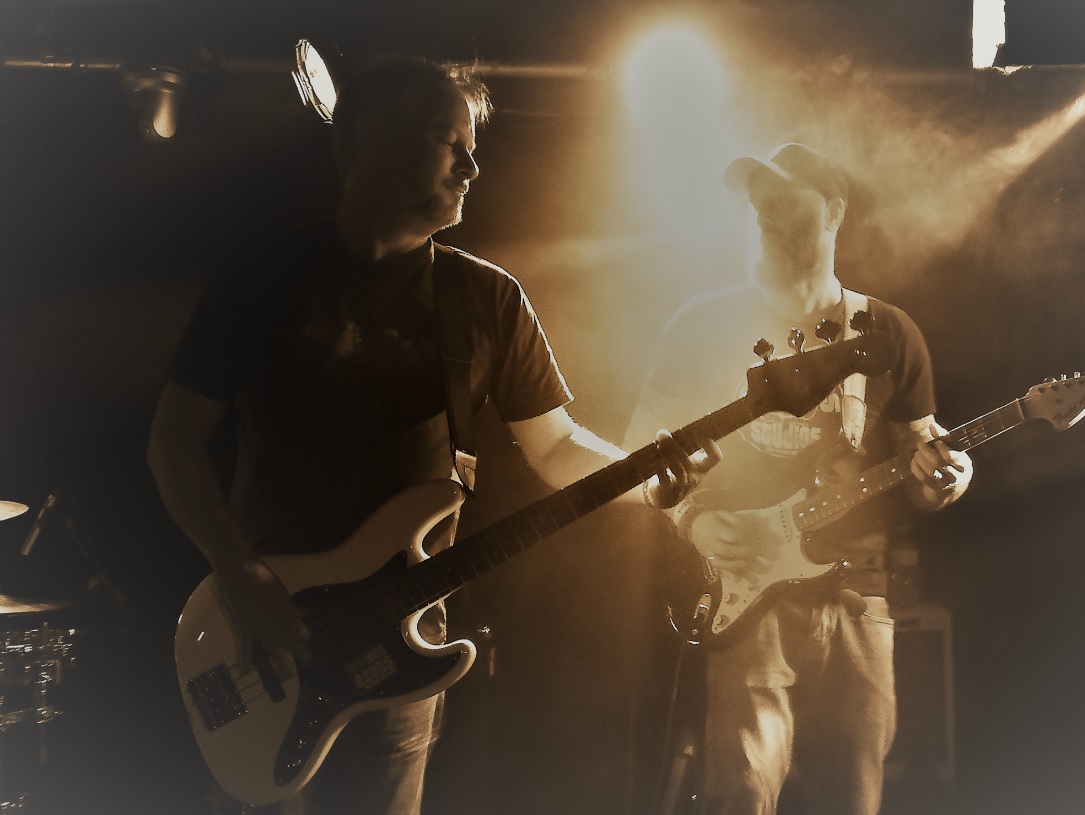 I enjoyed their cover of The Clash’s ‘The Guns Of Brixton’ which funnily enough I had heard performed live by Clash tribute band London Calling just a few days earlier. ‘Be My Baby’ had a decent ska vibe going on and their rendition of the ska classic ‘Monkey Man’ was a sure fire hit with the audience. Their forthcoming single ‘Living For Another Day’ was a sign of the bands future direction, whereas ‘Demons’ was an indication of where the act had come from as it was the first tune that the band had written together. Their finale mash up of ‘Chase The Devil’ (a Max Romeo cover which many of you will know as the reworked Prodigy ‘Out Of Space’ tune) and The Fugees ‘Ready Or Not’ was a good way to end their set. It did get a tad punky too. 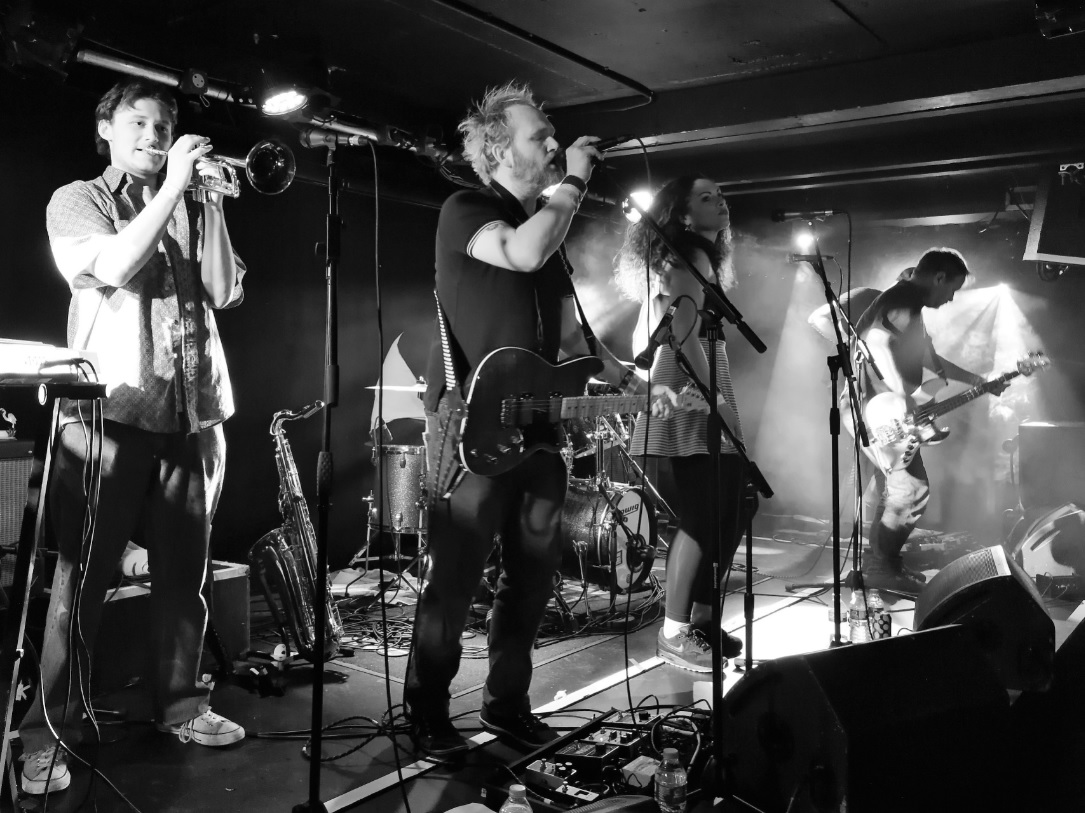 They obviously enjoyed themselves as they posted on social media “A big thank you to the The Mighty Twinkle Brothers for such an awesome evening of great reggae …”.

Dubious Roots have exciting paths ahead of them. Tonight they performed all 5 tracks from their recently released EP – have a listen to it HERE. 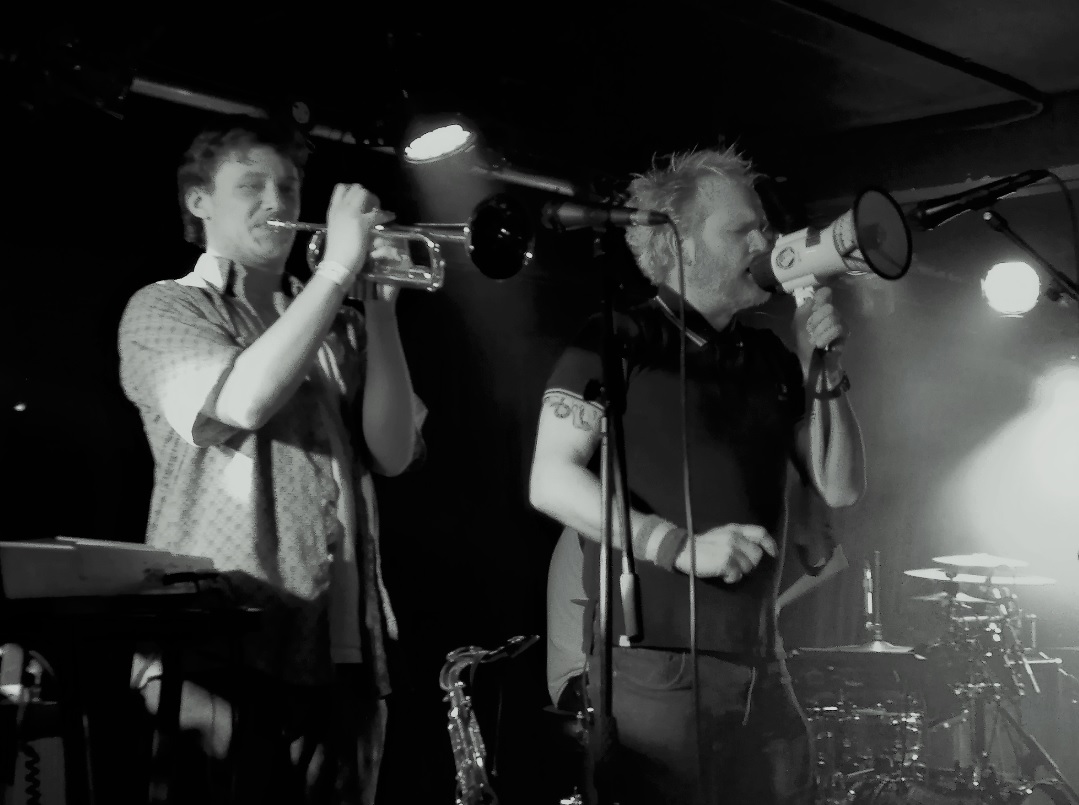 Dubious Roots setlist reads:
‘Melody’, ‘The Guns of Brixton’ (The Clash cover) / ’Dub Be Good To Me’ (Beats International cover), ‘Feeling Down’, ‘Be My Baby’, ‘Bang Bang’ (Dub Pistols cover), ‘Monkey Man’ (interpretation of The Specials cover of Toots & The Maytals track), ‘World’s In Trouble’, ‘Living For Another Day’, ‘Only One Life’, ‘Demons’, ‘Chase The Devil’ (Max Romeo cover) / ’Ready Or Not’ (The Fugees cover). 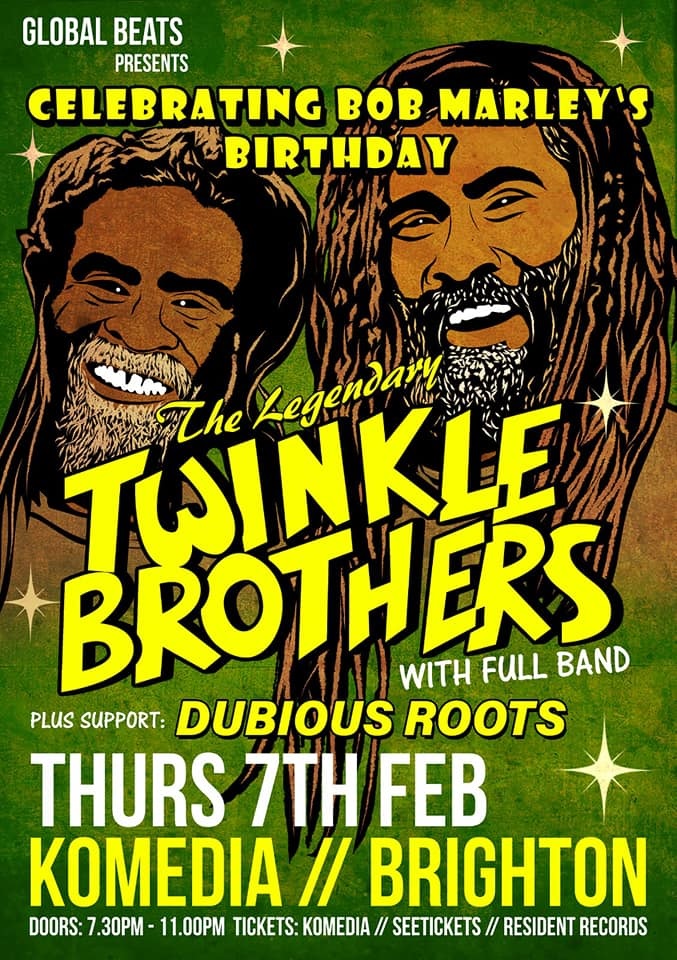 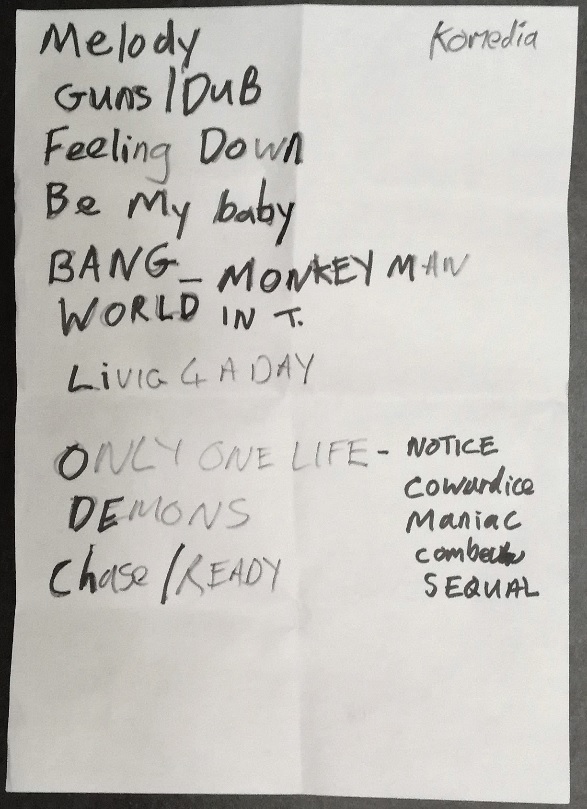