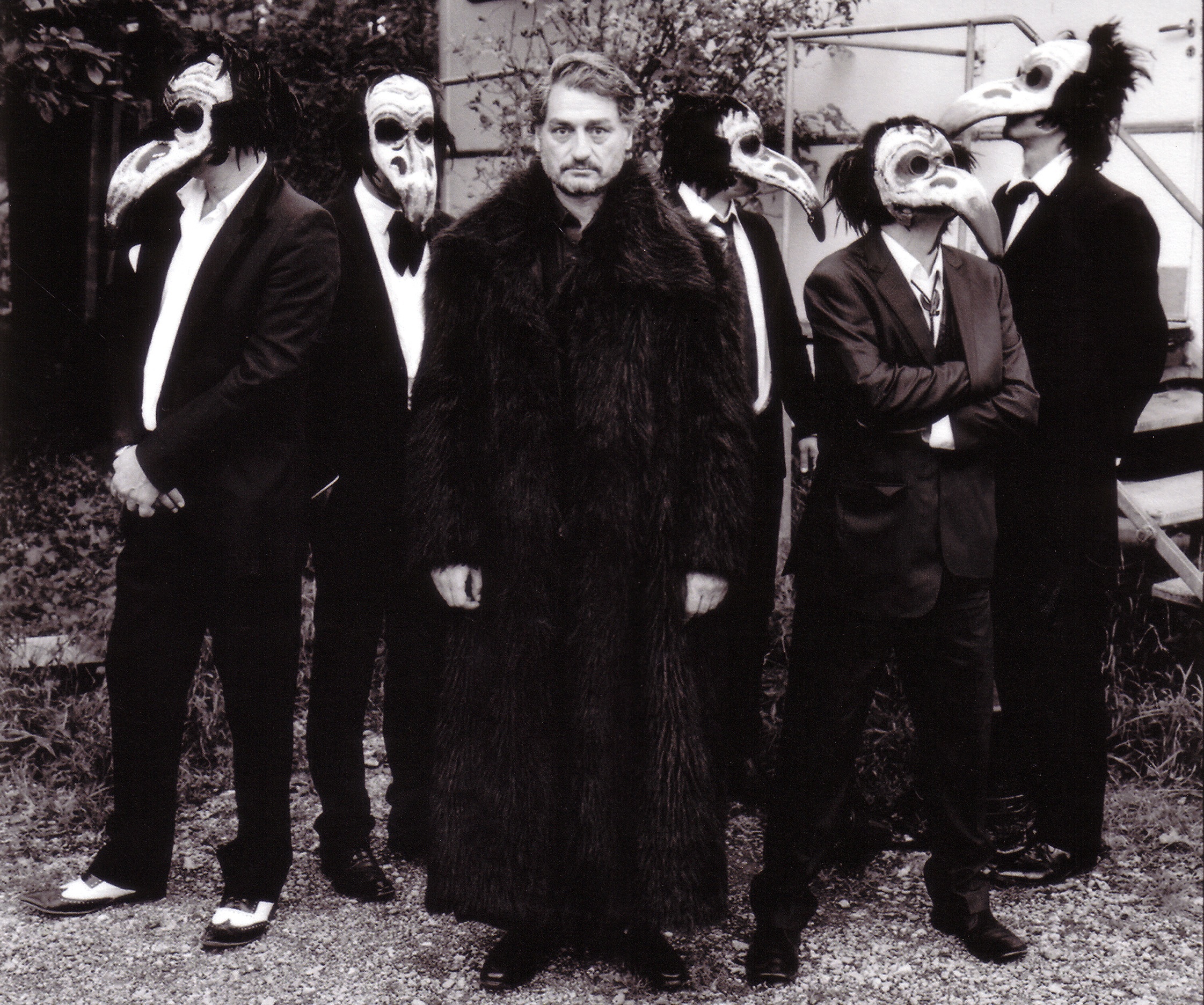 Now this is truly something bit different to the norm. The people of Brighton are accustomed to throwing their arms open to other people, ideas and music on the fringes of society, it’s what makes our city so wonderfully diverse and thoroughly interesting.

If you head on down to the Prince Albert in Brighton on Friday 8th March from 8pm you will be able to witness something rather unique and a tad strange, but enjoyably strange. The Death Brothers will be performing and they claim to be “The one and only Death Blues Funeral Trash Orchestra”. Sounds rather intriguing! 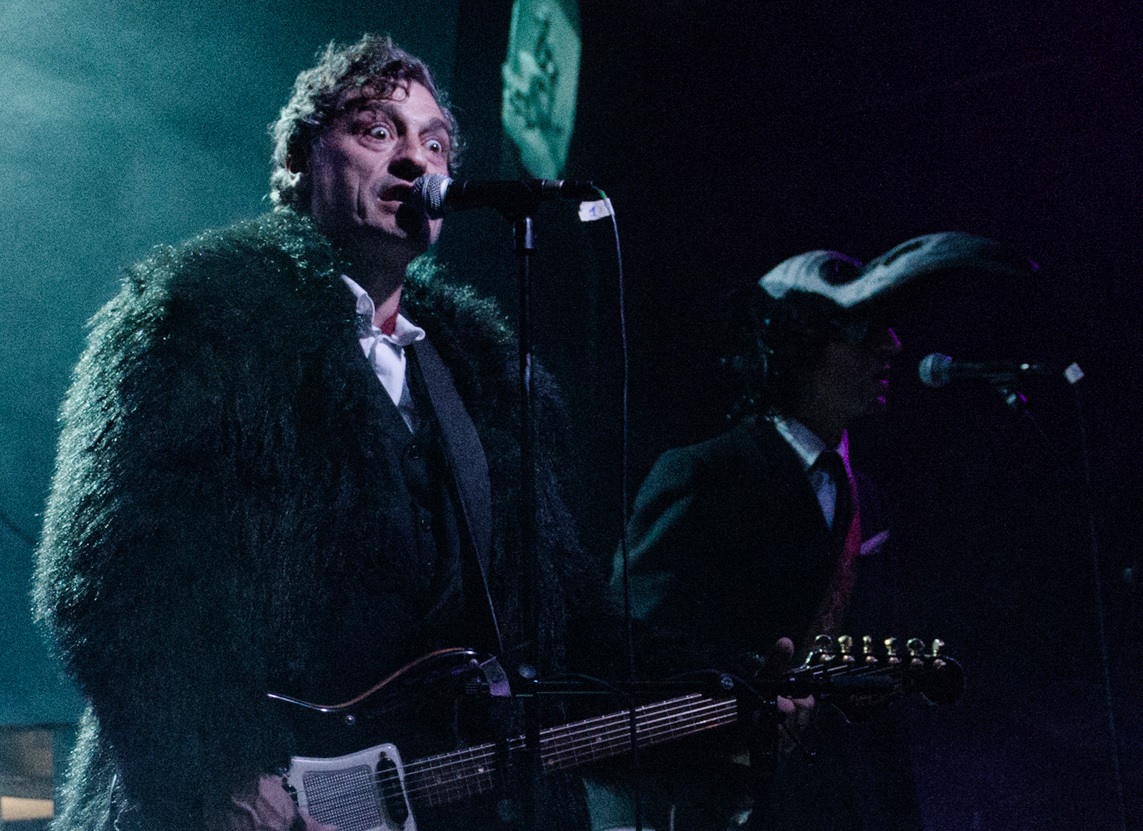 The Dead Brothers concerts are apparently an amazing mixture of excellent music and dramatic entertainment. The sound is bewildering, poisonous and intimate at the same time. A funeral orchestra meets mountain folk music, punk rock meets Wagner’s’ gothic and they have invented a new style: ‘blackgrass’, the dark side of bluegrass. Like cowpats on snakeskin boots…

There’s Tuba, Fiddles, Mandolines, Harmonium, a Marching drum, and other percussions, banjos, the sixties twangy Hopf guitar, Hawaiian lap-steel, a singing saw and other hobo suitcase percussion. Yes, that’s the sound of the Dead Brothers!
Have a listen to them HERE, HERE and HERE.

Since their inception back in 1998, The Dead Brothers have toured in Argentina, Brazil, Greece, France, Russia, Netherlands, Switzerland, Austria, Germany, Belgium, Luxembourg, Denmark, Sweden, Italy and of course Great Britain.

More on The Dead Brothers HERE. 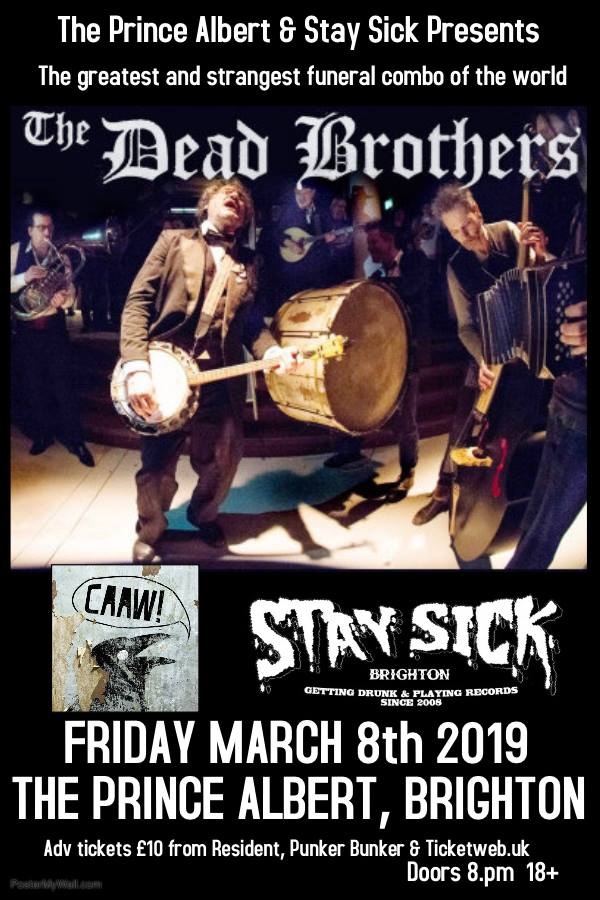 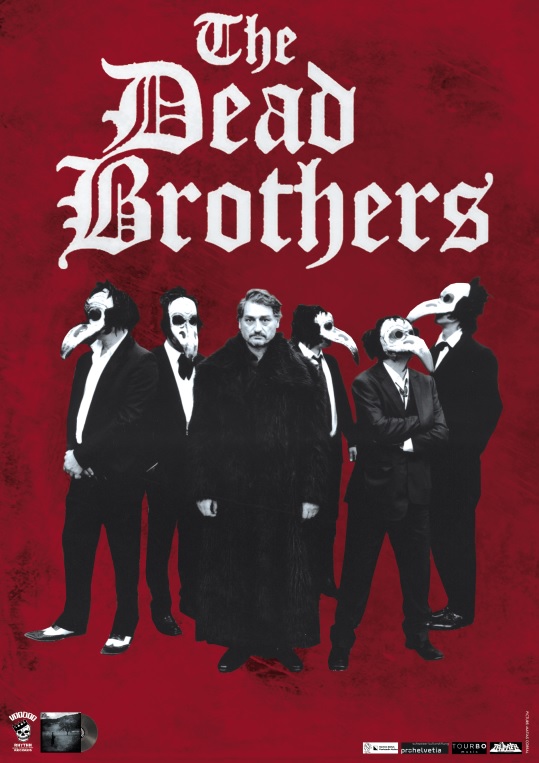