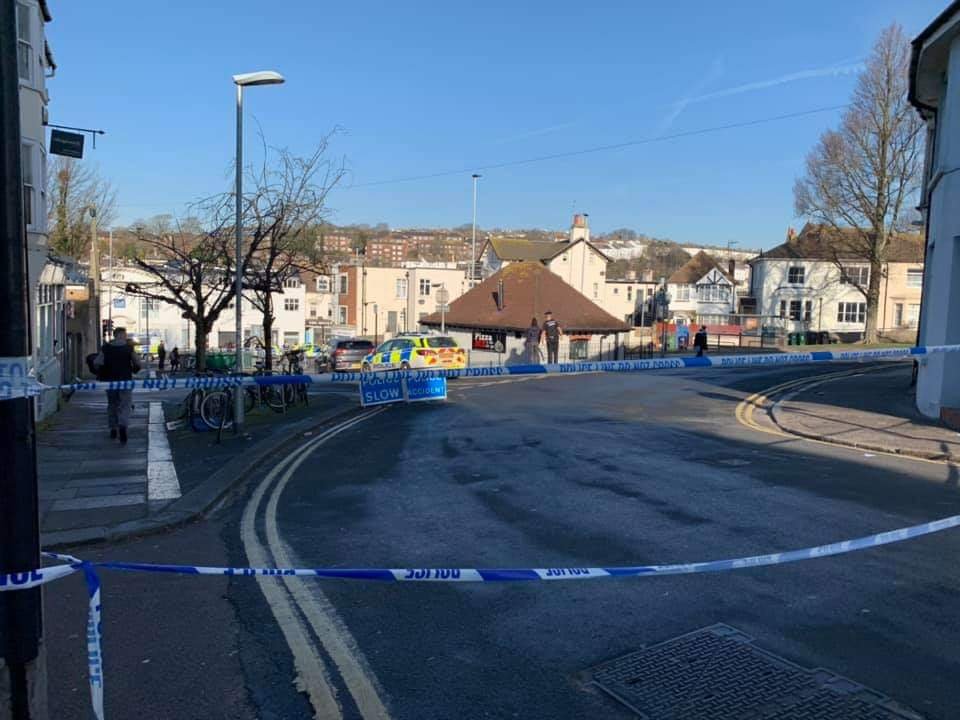 A third brother of a Brighton family has died after being stabbed several times.

Abdul Deghayes was found seriously injured in the passenger seat of a crashed car in Elm Grove last night. He died of his wounds this morning.

Police have launched a murder investigation and part of Elm Grove and Islingword Road remain cordoned off this morning.

Abdul’s brothers Jaffar, then 17, and Abdullah, then 18, died in 2014 fighting in Syria with rebel forces.

The alarm was raised last night at 9.28pm when the 22-year-old victim was found in the passenger seat of a silver Volkswagen Polo that had collided with a number of cars near St Joseph’s church.

He had suffered a number of stab wounds and was taken to the Royal Sussex County Hospital in Brighton where he sadly died from his injuries at 6.28am on Sunday morning.

Chief Inspector Andy Bennett said: “We are trying to establish the exact circumstances of what has led to this young man’s tragic death.

“We are aware that the car was in collision with other vehicles shortly before he was found to have suffered these injuries, which we are satisfied were caused maliciously and not as a result of the collision.

“The scene is close to the junction with Lewes Road, near to The Level, and at that time of the evening would have been very busy.

“We would like to speak to anyone who was in the area at the time who may have witnessed the collision or who may have seen something that they may now regard as suspicious in the time leading up to it.

“If you can help us and have not already spoken to our officers, please report online or call 101 quoting Operation Login. Alternatively, you can contact the independent charity Crimestoppers anonymously on 0800 555111.

“Our thoughts are with Abdul’s family and friends at this tragic time and we have specialist family liaison officers supporting them.”

Police were expecting for the road to reopen fully later in the day.