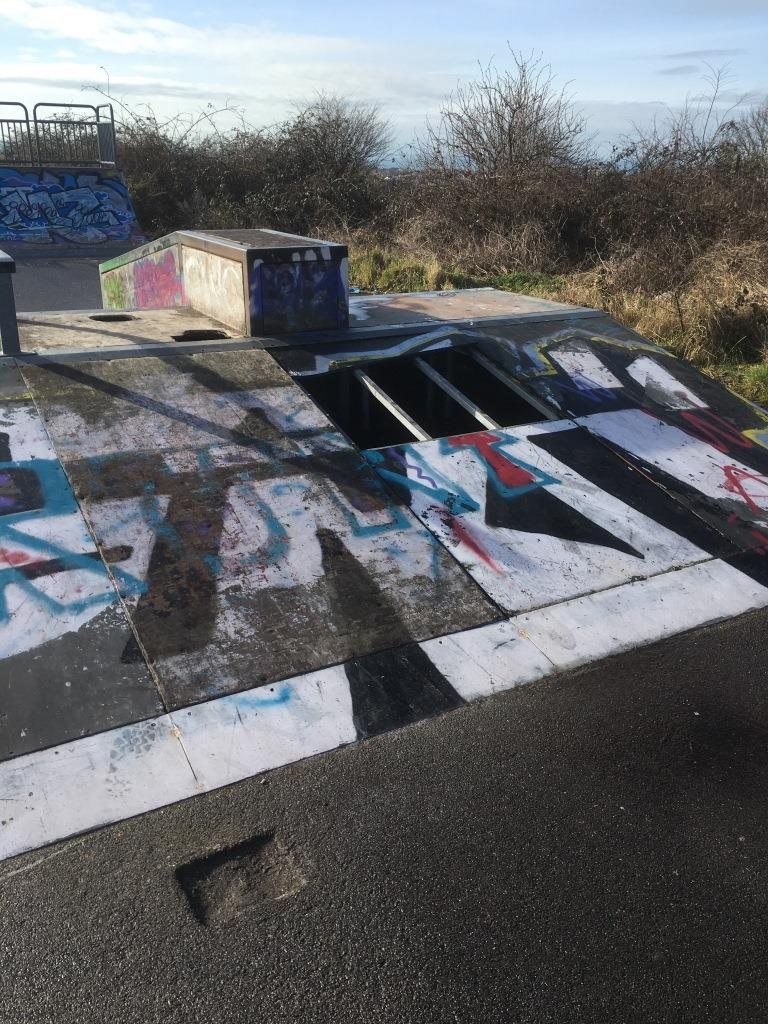 Old skate ramps in Hollingdean Park are to be removed after failing an inspection.

The metal ramps, whose riding surfaces are damaged or even missing, have been in the park since the 1990s and have not been maintained since a new concrete ramp was built in 2012.

They will be removed early this week.

Hollingdean News reports: “The council’s Parks Projects Manager inspected the metal ramps last week with an advisor from a skate ramp company. They have contacted local councillors to inform them it has been recommended the area is closed as soon as possible. This is due to the riding surface on three ramps being badly damaged or missing.

“He also felt the general construction and spacing of the metal bearers supporting the ramps did not lend themselves to effective or economically viable repairs to the surfaces.

“In a play area unfit ramps would normally be fenced off. In this location it is very likely that the fence would be pulled down very quickly and become a hazard in itself.This situation combines with limited funding to maintain features.”