The arts and humanities are under attack from a review of education funding which could stifle Brighton’s booming economy in the rapidly growing creative and digital sector.

The warning came from Brighton University vice-chancellor Debra Humphris at a meeting of the Greater Brighton Economic Board today (Tuesday 16 July).

The GB Met chief said: “One of the fundamental reasons why these industries are so successful in the UK is because for a very long period of time we invested in the talent that drives those industries.

“We have a unique system of art colleges which underpinned the creative sector for a long time. It is no coincidence that we are very good at this.”

Professor Humphris said that Brighton University was “a supply chain of extraordinary talent” and it was always ready to work with the creative industries.

But she had a warning about the government’s recent “Augar review” of post-18 education and funding.

She said: “If there’s a message for the politicians around the table, it’s that – if you look at the Augar review – the arts and humanities are under attack.”

The review – led by the former City of London broker Philip Augar – called for “universities to bear down on low-value degrees and to incentivise the provision of courses better aligned with the economy’s needs”.

Many have interpreted this as a call for more money to be spent on STEM subjects – science, technology, engineering and mathematics – and less on arts and creative subjects and the social sciences.

Professor Humphris added: “Should they reduce funding to the arts, this will have an impact. We should all be concerned about that.”

“Creative industries have grown by more than a quarter in the past five years. This comes across all sectors, particularly software and performing arts.” 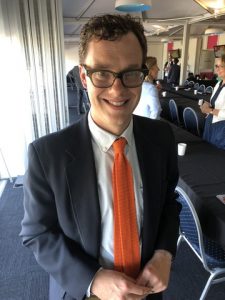 Dr Siepel added: “There is so much talk on the economic impact of STEM.

“STEM only comes into fruition when it is combined with the creative and managerial industries. STEM on its own needs to be combined with other skills.”

Adur and Worthing councils chief executive Alex Bailey, a former acting chief executive of Brighton and Hove City Council, said: “We know in Greater Brighton we have some real strengths (in the creative industries) but other places are catching up.”

The competition was coming from other British towns, cities and regions – and from abroad.

Mr Bailey called for “spaces and places” allowing for these industries to grow “in a flexible and affordable way”.

Further research was being carried out, the Greater Brighton board was told at its meeting at the County Ground in Hove.

Members agreed to “encourage all relevant partner and funding organisations to grasp the opportunity of creative industries for both our local and national economy”.

They also agreed “to recognise the importance of the sector in strategic planning, investment, funding, procurement and operations”.