A Hove man was jailed for three and a half years today (Friday 6 September) for his role in a £120 million tax swindle.

Geoffrey Hayes, also known as Geoff Hayes, was one of nine people who have now been sentenced for their part in the VAT scam.

Revenue and Customs said: “A Berkshire-based gang that stole £34 million in VAT and laundered £87 million after selling illicit alcohol have been jailed for more than 46 years.

“Gang members then laundered the stolen tax and the proceeds from selling illicit alcohol.

“The group created a complex chain of paperwork detailing fictitious transactions which were used as a cover for the illicit sale of smuggled alcohol.

“Evidence showed £87 million was laundered through more than 50 bank accounts in Britain, Cyprus, Hong Kong, Dubai and other foreign countries.

“A HM Revenue and Customs (HMRC) investigation found the gang operated from an office in Eton High Street, and then moved to Windsor during the two-year fraud.

“Officers caught the fraudsters red-handed when they installed covert cameras in one of the offices being used by the gang.

“Footage was shown in court of Khan, Rasool and Raja giving comprehensive instructions to other members of how to carry out the fraud.

“Now, the gang of nine have been sentenced to more than 46 years in prison.”

Richard Mayer, assistant director of HMRC’s Fraud Investigation Service, said: “This was a well-planned money laundering operation and tax fraud that stole millions of pounds of UK taxpayer money which should have been used to fund vital public services in the UK.

“The sums stolen by this organised crime group could have paid the equivalent of 1,400 salaries of newly qualified teachers – enough to fully staff around 93 schools. 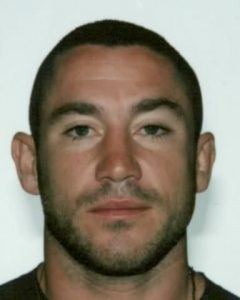 “Money laundering supports organised crime and is harmful to businesses, the public and society as a whole.

“Tackling this crime is a priority for HMRC and we will not hesitate to investigate those suspected of being involved.

“The honest majority of business owners pay what they owe and claim back the VAT they are entitled to claim.

“If you know of anyone committing any type of tax fraud, you can report them to HMRC online or call our Fraud Hotline on 0800 788887.”

Nasra Butt, of the Crown Prosecution Service, said: “Each of the convicted defendants played their part in a sophisticated operation designed to defraud HMRC.

“Between January 2013 and January 2015, they generated a loss of £34.2 million to HMRC – and I am pleased that we have brought this organised crime operation to justice.

“Despite the evidence against them, some of the defendants refused to admit their part in this operation but we were able to prove otherwise.

“They will now spend more than 46 years in prison.”

Six men were jailed earlier this year after a three-month trial. Of the remaining three, one – Hayes – pleaded guilty in May and two were convicted after a second trial, which ended after eight weeks on Friday 26 July.

Revenue and Customs added: “The sophisticated scheme would begin with a company purportedly supplying goods to another, and charging VAT on them.

“But instead of the supplying company handing over the VAT to HMRC, the fraudsters would pocket the money and the business would later disappear – becoming a ‘missing trader’.

“The same consignment of goods would then be sold on through one or more so-called ‘buffer companies’ before reaching a cash and carry at the end of the chain.

“Each company in the chain would submit a VAT return showing that little or no tax was due to HMRC.

“Confiscation proceedings against the group are now under way.”