Brighton and Hove is at the heart of a battle over 5G – fifth generation – wireless technology as business leaders push for a proper digital strategy and health campaigners urge caution.

The conflicting aims surfaced in two sets of official papers this week.

In the first, political and business leaders were asked to approve the Greater Brighton Digital Strategy at a meeting in Shoreham yesterday (Tuesday 15 October). They did.

And today (Wednesday 16 October) a petition “to halt the roll-out of 5G technology” was included in the agenda papers for the next meeting of Brighton and Hove City Council.

When the full council meets at Hove Town Hall next week, members will hear opposition to the spread of 5G mobile technology for the second meeting in a row.

They are urging the council to adopt the “precautionary principle” and not allow 5G infrastructure until is proved to be safe.

The advent of 5G is expected to mean much faster speeds, better connections and more ways of making use of the internet.

Already in Brighton and Hove – home to one of the first 5G testbeds in Britain – tech experts and social care chiefs have been working together in their Digital Health Living Lab.

They have been testing an “internet of things” platform for remotely monitoring temperatures in a sheltered housing scheme.

A report to the Greater Brighton Economic Board said: “The council’s social care staff receive automated notifications if temperatures fall outside of a defined range – a system that proved valuable during the heatwave of summer 2018.”

It also said that progress in the Greater Brighton region was at an early stage in a number of areas while “in others it is among the most advanced in the UK”.

The report added: “There is a need to grasp the opportunity and build a strategic approach that could see Greater Brighton as a leader in digital futures in the UK.”

The digital strategy looks at benefits for businesses, visitors and residents as well as ways to improve shopping, transport and health care.

The report to business, civic and education leaders touched on the physical infrastructure – optical fibre in place of copper and the need for more and better masts.

But the papers published today include minutes from the most recent full council meeting when one member of the public asked about the health risks from “untested” 5G, “enforced by way of smart meters, lampposts, masts and other street furniture”.

The council said that it was relying on the advice of Public Health England and would carry on with its current approach unless and until it was advised to stop by health chiefs.

At the Greater Brighton Economic Board, council leader Nancy Platts said that, while the work was exciting and had great potential, she had concerns about firms that might struggle to afford the technology required to keep up to date.

Councillor Platts said: “We do need to pay attention to small and medium-sized enterprises to make sure they are included in the strategy.

“It is interesting to see the comments around including citizens and their experience but for a lot of older people digital can be a confusing place.

“I wonder if we can pay attention to the equalities element of this, both in terms of how we can bring people with us and breach the growing divide of people who have never accessed technology.”

Dean Orgill, who chairs the Brighton and Hove Economic Partnership, said that it was a great example of what the Greater Brighton board should be doing.

He said that digital innovation was “something that is going to happen anyway” and added: “It is not a ‘nice to have’ for the creative industry. It is an essential to have for all professional sectors.

“We need to think of it now – not in 20 years’ time when it has already happened.”

Alex Bailey, the chief executive of Adur and Worthing councils and a former senior official in Brighton and Hove, has set up a co-ordinating group called Everything Connects.

Mr Bailey said: “This is big stuff. It’s vital stuff. This is like the coming of the railways. Fibre matters (and) what you do with it matters.” 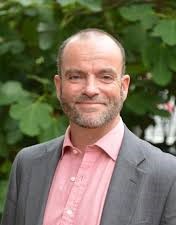 He said: “Some of the work that is going on across West Sussex to date is really pretty impressive and we’re not shouting about it yet.

“Fundamentally in terms of getting infrastructure away, there is some cracking work going on. We are very well placed.

“I hear what’s being said about it being ‘pie in the sky’ but this is about ‘pie on plates’.

Mr Bailey said that when the board next meets in January it needed to look at timescales to implement its digital strategy.

Meanwhile, the 500-plus people who signed the online petition to Brighton and Hove City Council opposing the spread of 5G look unlikely to get the signal that they are hoping for.