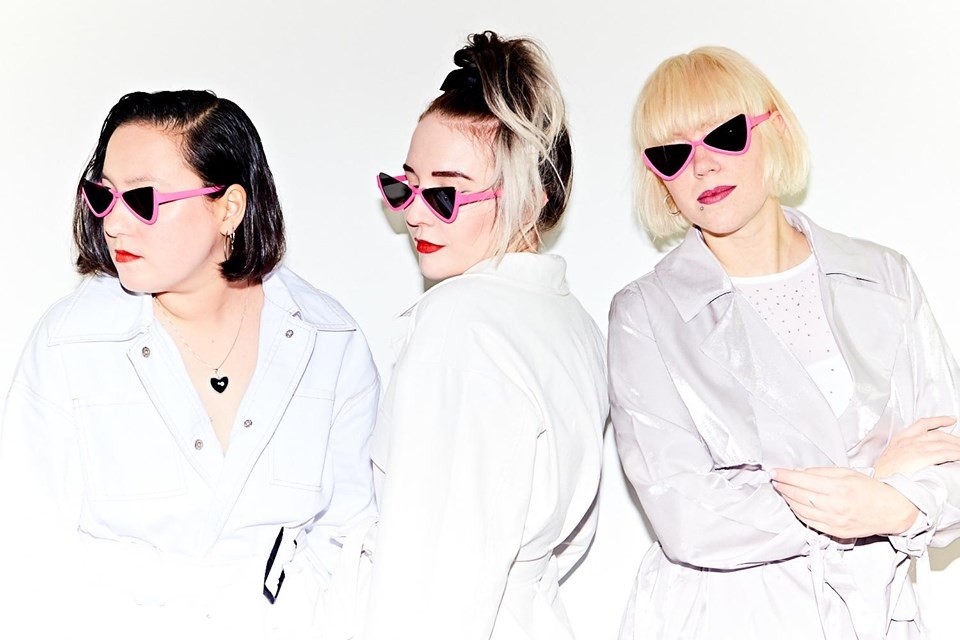 PINS are coming back to Brighton

Founded in Manchester in 2011, PINS is an all-female band spearheaded by singer/guitarist Faith Vern. Channeling 60’s girl group surf harmonies and post-punk garage their music has drawn comparisons to The Flatmates, The Darling Buds and Siouxsie Sioux.

Their quick selling first release, ‘Eleventh Hour / AA. Shoot You’ on their D.I.Y label Haus of PINS marked auspicious beginnings for the band. This was quickly followed by a gig with ‘Savages’ which brought them to the attention of UK indie label Bella Union, who released PINS ‘Luvu4lyf’ EP on 10” glitter vinyl to correspond with their first UK tour later that year.

Their UK and European tour for their vibrant debut album ‘Girls Like Us’ in 2013 included support dates with The Dum Dum Girls and The Fall. Their second album ‘Wild Nights’, a pop-injected grunge paean, was released in 2017 to wide acclaim, receiving extensive radio play including BBC Radio 6 live sessions with Marc Riley and Lauren Laverne.

PINS were last in Brighton on 4th November 2017 at The Haunt when they were a quintet and we reviewed their concert – read it HERE.

Well now they are returning as a trio courtesy of Melting Vinyl concert promoters, with an appearance at The Hope & Ruin on Thursday 20th February 2020, with doors at 8:00pm and commences at 8:30pm. This is a more compact venue than last time and will certainly sell out in super quick time, so if you are thinking of going, then snap up your tickets very soon. 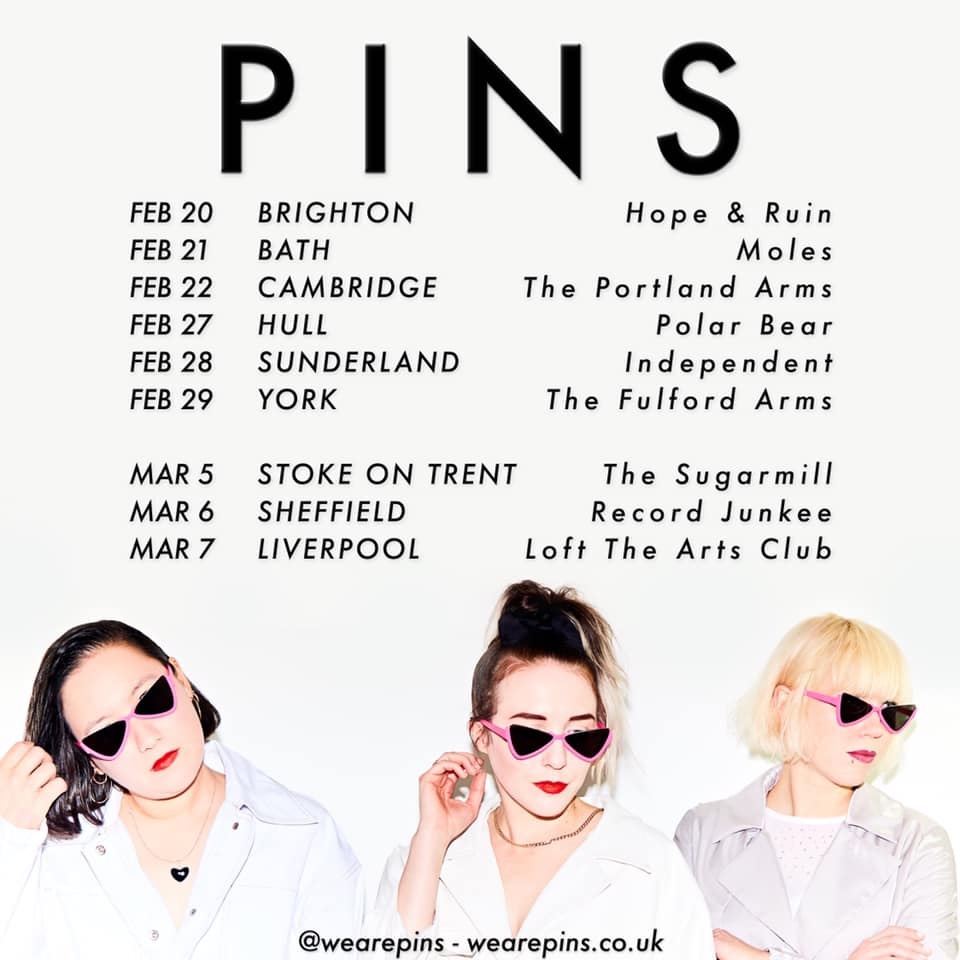