Businesses will close and the city centre will have nothing to attract tourists if the third phase of a project to redesign the road layout in central Brighton goes ahead in its current form, according to a leading councillor.

This was the stark warning of Conservative leader Steve Bell, who described the project to replace the Palace Pier roundabout with a traffic light junction and move all traffic to the eastern site of Old Steine as having been “railroaded through”.

Councillor Bell told a meeting of Brighton and Hove City Council that businesses, communities and the concerns of councillors were being ignored in favour of the opinions of council officers, at Hove Town Hall Yesterday (Thursday 24 October).

He said: “We’ll start losing businesses. We won’t have a problem with climate change because all we’ll be seeing here is grass growing on the roads and tumbleweed blowing because there’ll be no one left to trade.

“No one will come down to see anything. It’s a sad state of affairs. We’ll have the ‘i-sore’ sticking up but obviously no one goes there so it won’t be a problem.”

His comments came after a member of the Valley Gardens Forum presented an alternative design for the project, which is the third phase of a complete revamping of the roads and green spaces from St Peter’s Church to the seafront.

Work is already well under way for the first two phases and £6 million towards the £8 million cost of phase 3 was agreed by the Coast to Capital Local Enterprise Partnership (LEP) just over a week ago.

Valley Gardens Forum representative Serena Burt told councillors that the forum’s design was created with leading architects and was not considered finished.

It includes a two-way bus lane from the bottom of North Street at Castle Square, past the Royal Pavilion, to keep the bus hub.

Other suggestions include remodelling the pier roundabout to keep Madeira Drive as a two-way street, removing the need to redevelop Duke’s Mound.

She said: “We genuinely believe that something close to this plan is one that the entire city can get behind.

“Indeed, we would welcome the opportunity to collaborate with the council in achieving the best possible outcome for the whole community.” 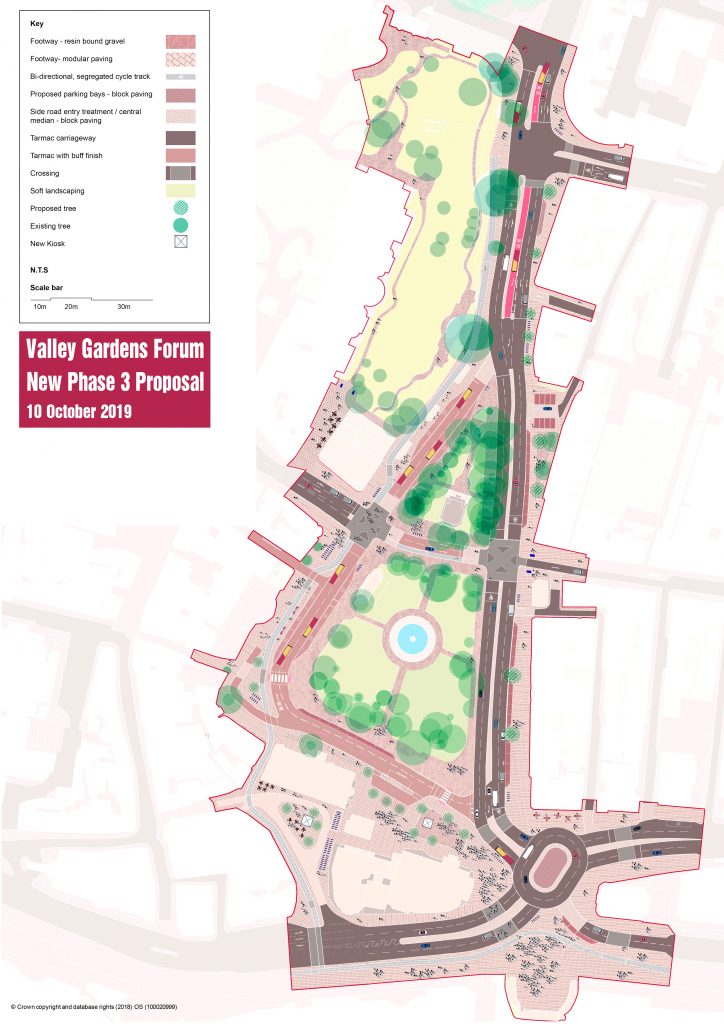 The Valley Gardens Forum hopes to persuade councillors that its proposals would provide better value and improve the area for cyclists, pedestrians and bus passengers

She asked for the council’s Environment, Transport and Sustainability Committee to give the plans full scrutiny.

Labour councillor Anne Pissaridou, who chairs the Environment, Transport and Sustainability Committee, said that the council’s choice of final design would be the one facing the scrutiny as it was approved in February after “considerable debate and thorough public consultation”.

She confirmed that there would be further engagement with the community and the Valley Gardens Forum.

Conservative councillor Joe Miller called for an environmental impact assessment and a full consultation into the impact of the project on the junction of the A259 and Duke’s Mound should plans to make Madeira Drive one-way from the west go ahead.

Councillor Miller, who is his party’s parliamentary candidate for Brighton Kemptown, said that he supported the Valley Gardens Forum’s design and suggested that the council consider other options. 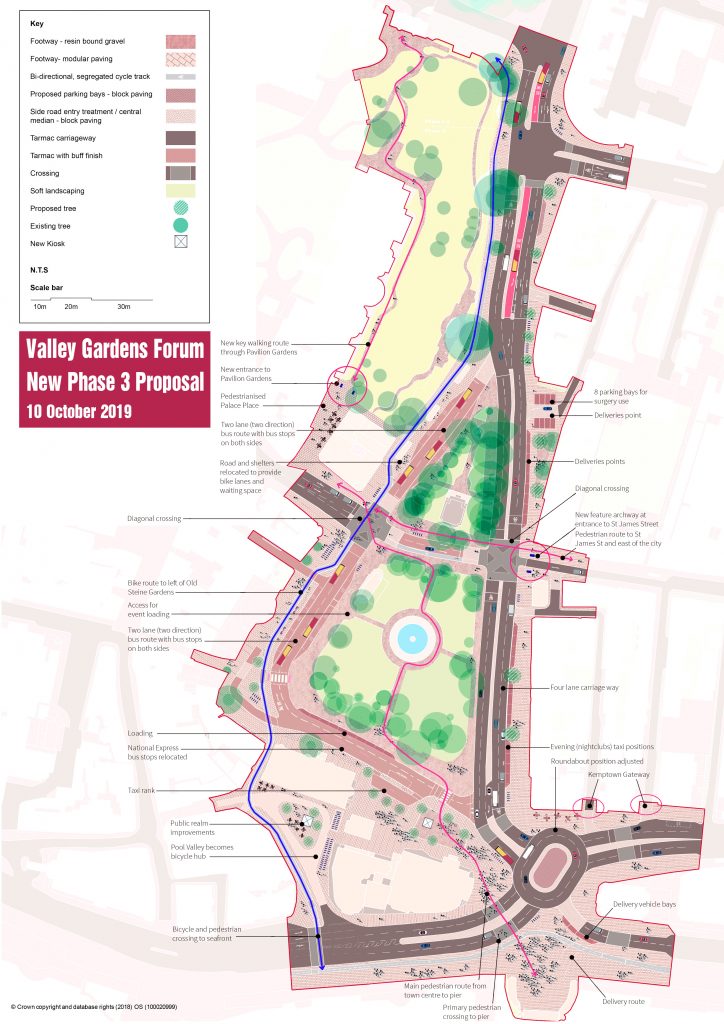 He said: “It’s a great waste of public money implementing a scheme that is going to in the end cause huge damage to the city.

“It’s great that we’ve got the money, the government’s £6 million to improve the area, but I do believe this scheme will grind the city to a halt like we’ve never seen before.”

He was seconded by fellow Conservative councillor Robert Nemeth, the party’s parliamentary candidate for Hove, who said that he wished that the discussion had taken place before work had started.

Councillor Nemeth described the plans as being drawn up “behind closed doors” without input from businesses, residents and elected representatives.

He said: “I would say generally not embracing public opinion has been a problem in recent years. I’ve raised the problem of King Alfred, Circus Street, the beach huts, school transport, litter and graffiti.

“This scheme rolled along. It was bullied through at times and led to the formation of multiple campaigns against something that should bring joy to residents minds.” 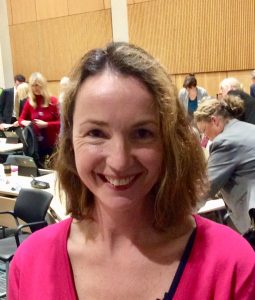 Councillor Fishleigh said: “People have told me that the Greens and Labour will oppose this motion. Not because they think it’s bad but because it’s been proposed by the Conservatives.

“However, as public officials you have something else to consider beyond party politics. Legislation is on the way which will mean that anyone in public office who knowingly supports a policy or project that harms the environment is liable for prosecution.”

She said that the smart traffic lights operating at the proposed new junction by the Aquarium and Palace Pier would be run on 5G networks, which were raised as an issue at the same council meeting.

Green councillor Pete West championed the project which he described as creating a “fitting welcome” for visitors, creating new places people would want to be in.

He said: “The obsessing by the Tories over keeping an unsafe roundabout and the vexatious concern about air quality is misinformation and scaremongering and really misses the point entirely.

“If we cannot create the conditions for people to ditch the car and switch to public transport and active travel, how can we ever hope to create an environment that we need.”

Councillor West said that all questions had been “well answered” for the last couple of years and the council needed to move on and focus on delivering the scheme.

Councillor Pissaridou said that she understood people’s concerns about air quality and assured councillors that the project was properly screened.

She said: “Environmental impacts will continue to be reviewed throughout the design process and monitored during and after construction is completed.

“We will also ensure that environmental impacts will continue to be reviewed throughout the detailed design process and will be monitored during and after construction.

Councillor Pissaridou said that Duke’s Mound would be included in the further consultation.

The Conservative request for an environmental impact assessment and a public consultation on changes to Duke’s Mound was rejected, with Labour and Greens voting against although two Green councillors, Big Yellow bus company boss Tom Druitt and his wife Alex Phillips, the current mayor, abstained.

The Valley Gardens Forum design will be considered by the Environment, Transport and Sustainability Committee when it meets on Tuesday 26 November.