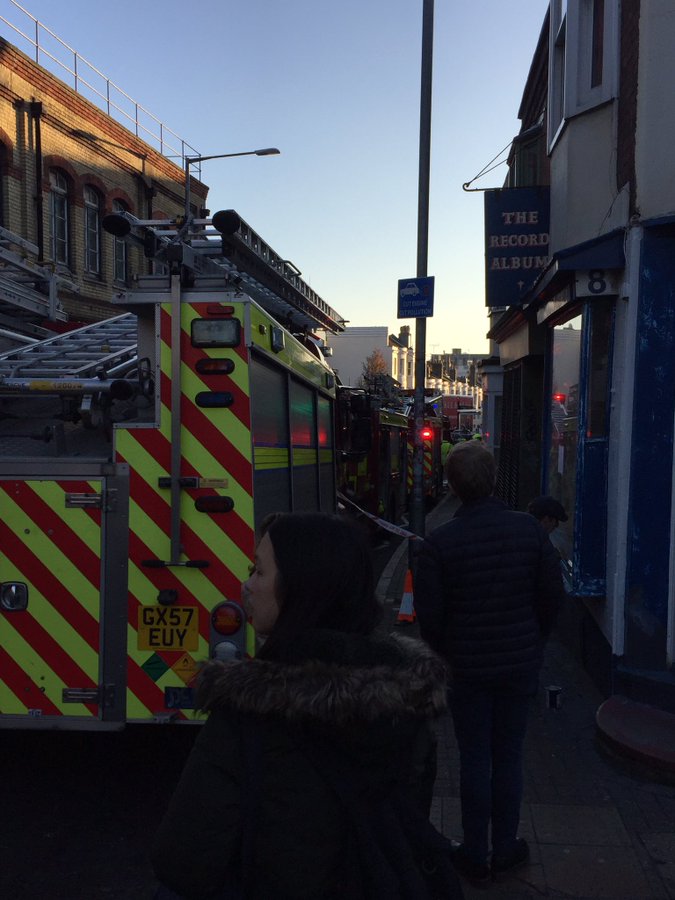 Firefighters in Terminus Road – by The Record Album on Twitter

UPDATE: people have been warned to avoid a busy city centre road because of an ammonia leak this evening.

Firefighters were called to the empty shop in Terminus Road near Brighton Station at lunchtime.

Shortly before 8pm, the city council announced it was an ammonia leak.

A spokeswoman said: “We have reports of an ammonia leak from a cylinder in an old disused butchers shop at 5 Terminus Road.

“The premises is next to a fish and chip shop.

“There are no reported casualties.

“East Sussex Fire and Rescue are in attendance and dealing with the incident to contain and remove the hazard.

“People in the immediate area are being advised to avoid the area on Terminus Road.

“Residents in the area should keep winnows and doors closed.

“The council has sent an incident liaison officer to the scene.”

Buses have been diverted while the road is blocked.

A spokeswoman for East Sussex Fire and Rescue said: “We were called today at 1.39pm to a property on Terminus Road, Brighton following reports of an ‘unusual smell’.

“Crews from Roedean and Preston Circus are currently in attendance together with officers from Lewes.

“Crews are currently using a Gas Detection monitor to ascertain what the unusual smell is.”