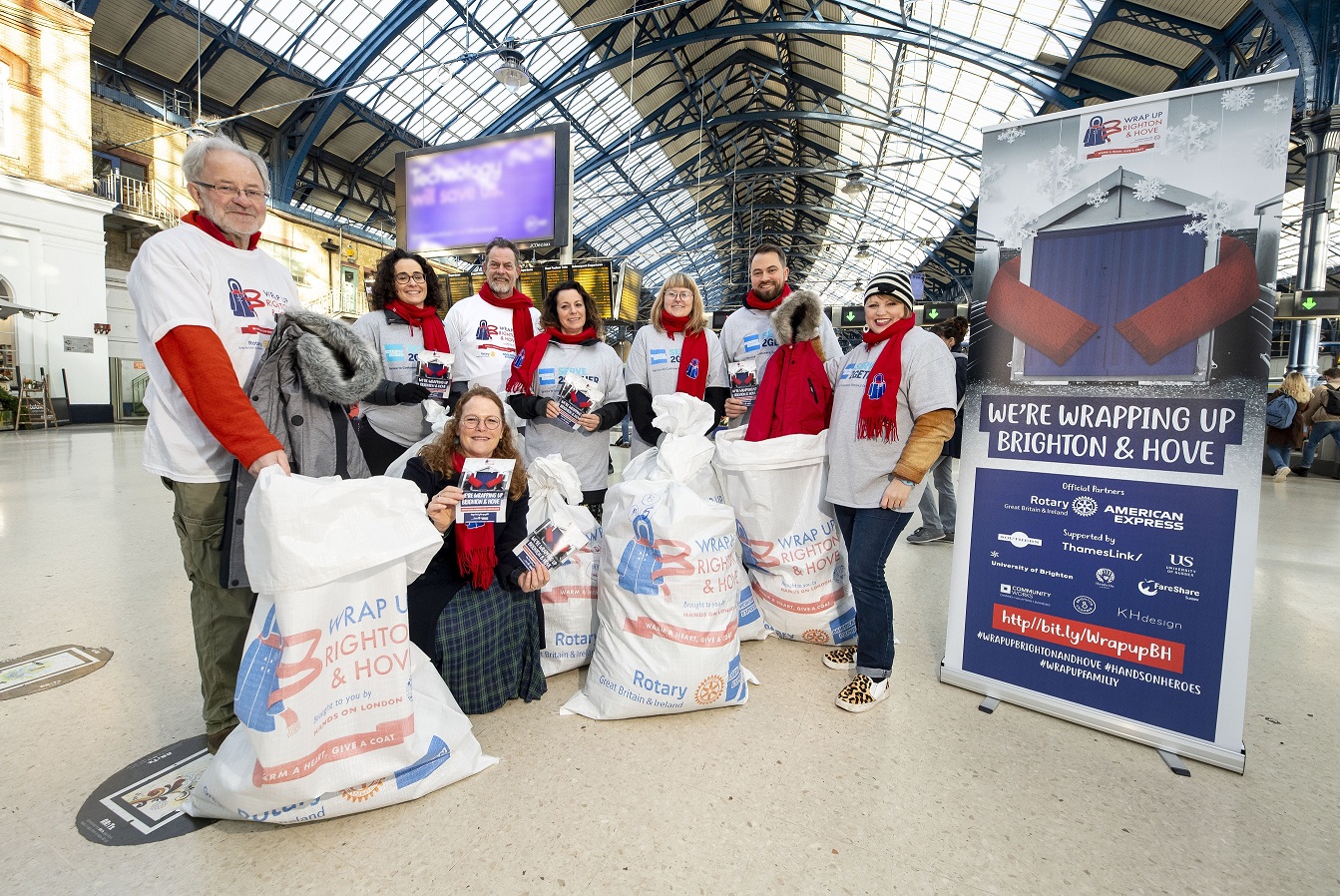 Commuters have helped two charity campaigns by donating coats and socks this winter.

Volunteers for the city’s first Wrap Up Brighton and Hove coat collection campaign last month collected 2,126 coats and 820 warm items from the station as well as community centres and churches.

They have been given to local charities which support vulnerable people including the elderly, homeless, women’s refuge, children and low income families.

And more than 4,170 pairs of socks were donated at stations across the Govia Thameslink Railway network last Thursday, 5 December, to support six key homeless shelters across the route, including Brighton Housing Trust’s First Base Day Centre.

Steve White, Chief Operating Officer at GTR, said: “We have been overwhelmed with the response and support for the activity and want to thank our customers and colleagues for their generous donations.

“This is the first year for the Great Sock Appeal and overall, we collected in excess of 4,170 pairs of socks. We are thrilled to have been able to support such a worthy cause during the cold winter period.”