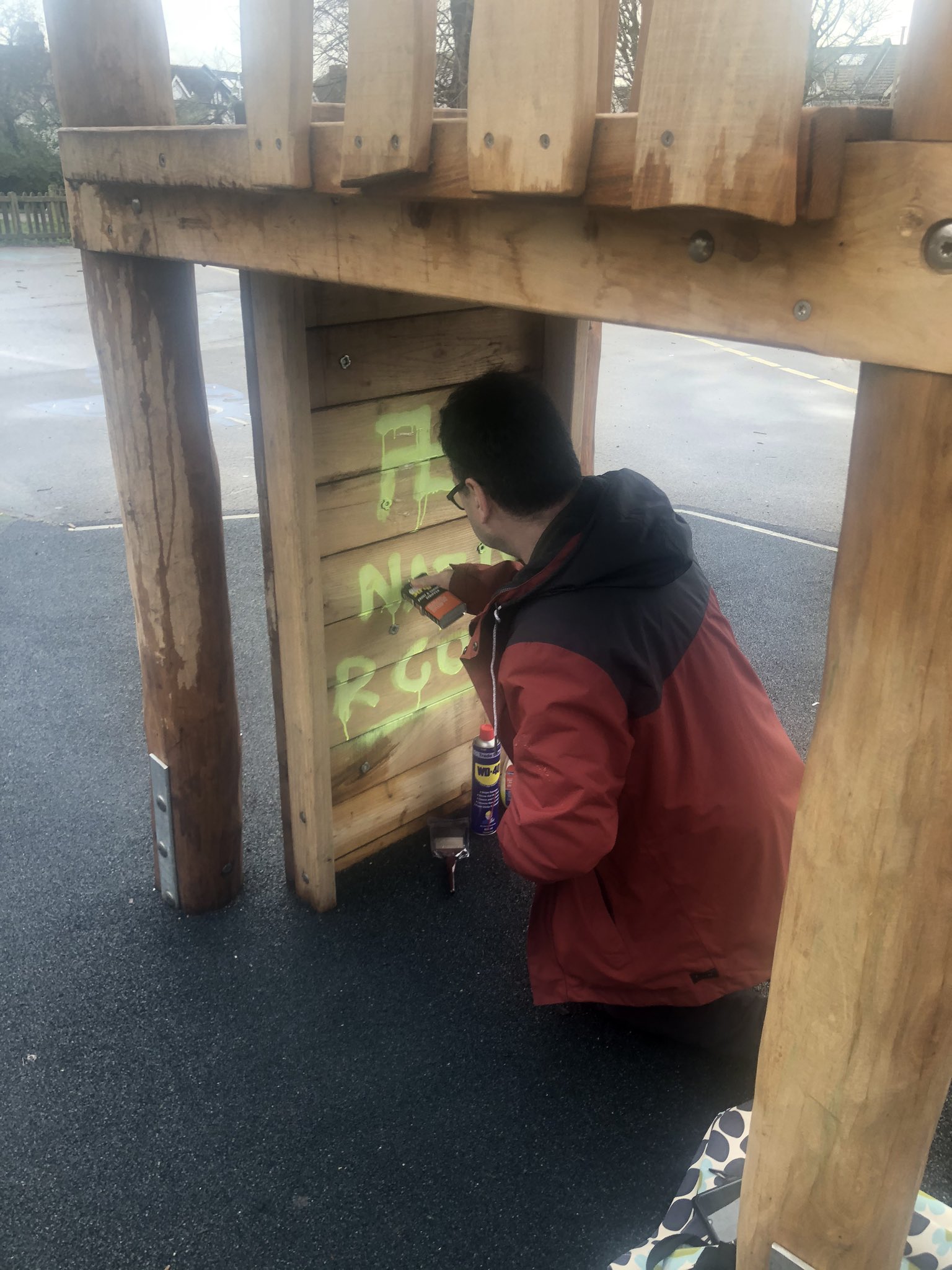 Jon Pike scrubbing off the swastika

A Good Samaritan was so horrified when he saw a picture of a swastika daubed on a Hove playground this morning that he went out and scrubbed it off himself.

Jon Pike saw the photo of the fascist emblem and the slogan Nazis R Good when it was posted on Twitter by Jewish campaigner Fiona Sharpe.

It was doubly shocking as today is Holocaust Memorial Day – and the 75th anniversary of the liberation of Auschwitz-Birkenau.

So determined not to just allow it to stay there, he bought some paint stripper and headed to Stoneham Park to remove it himself.

Mr Pike said: “I couldn’t hang around waiting for the council to do it. It’s my local park, it’s just round the corner, it’s Holocaust Memorial Day and I didn’t feel comfortable leaving it in a park my kids play in.

“I don’t want that stuff in my back yard.

“I intend no criticism of either the council or the police and I hope I did the right thing in terms of investigating it.

“It’s just awful to have that go on on Holocaust memorial day. I wanted to show that there are people around who will go out and take action.”

Fiona Sharpe said: “Many thanks go to local resident Jon Pike for removing the graffiti.

“To see a swastika daubed in a children’s playground should always cause shock. But to see it today of all days, Holocaust Memorial Day and the 75th anniversary of the liberation of Auschwitz was like a punch in the stomach.

“We must do more to educate people so that they understand the toxic evil that the swastika represents. And we must work towards a society that will not tolerate this form of antisemitism and hatred.

“We are seeing too much Holocaust denial and revisionism being viewed as acceptable topics of discussion. We must redouble our efforts to educate and inform so that the darkest days in the 20th century are never forgotten or minimised.”

Sussex Police said PCSOs attended the park after the graffiti had been removed but would still investigate.

Anyone with information is asked to report online or call 101 quoting reference 956 of 27/01.

Brighton commander Chief Superintendent Nick May said:”The matter has been referred to Sussex Police by Brighton and Hove City Council and we will investigate this hate crime.

“A truly awful and hateful offence on any day.”