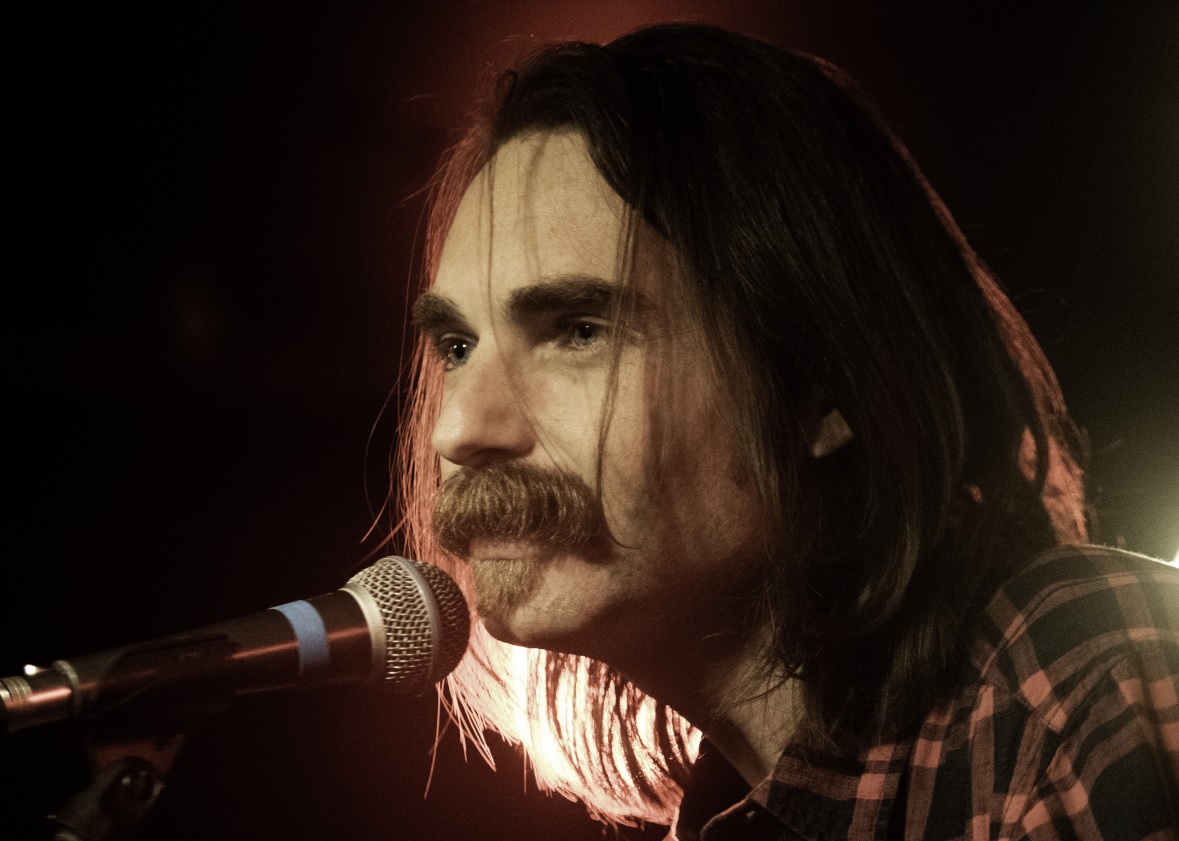 It had been a heavy week for me, heavy rain and a heavy workload. What I needed was beautiful music and a good laugh to lighten my mood, so going along to see Sam Lewis was the best decision I could have made. The Constitution Club (aka Con Club) in Lewes has a friendly, relaxed and welcoming atmosphere and on Friday evening it was full of like-minded music lovers.

Sam Lewis, a singer songwriter who has lived in Nashville since 2009, released his self titled first album in 2012, (referred to humorously by the man himself as his ‘Greatest Hits’ album) and is currently touring Europe to promote his fourth, acoustic album, ‘Solo’; this album was recorded live at Southern Grand Studios in Nashville. Lewis has become well known on the Nashville circuit over the last eight years, and has collaborated with many excellent musicians, including Leon Russell, John Prine, Kacey Musgraves, Chris Stapleton and Oliver Wood, of Tedeschi Trucks Band and The Wood Brothers fame. 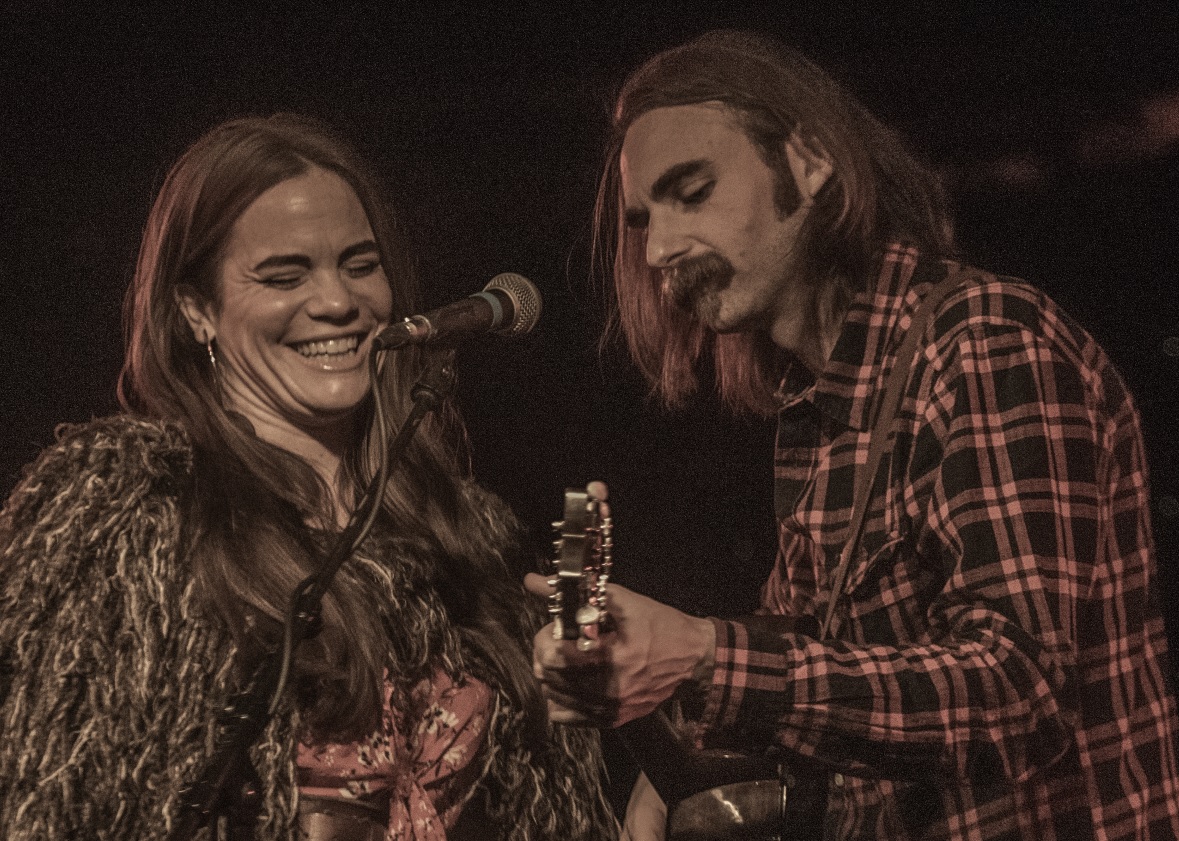 Sporting a red check shirt and a large, walrus moustache, Lewis strolled on stage, immediately bonding with his audience by introducing himself with levity and thanking his two support acts. His set was a mixture of old and new songs, interspersed with comical stories and dry humour which had the riveted audience in constant giggles. Laid back and natural, Lewis’ music is a mix of feel-good sounds and social commentary, with clever lyrics about everyday life and places. Listening later to his new album, the songs sounded more raw and intimate than previous albums which have a full band and backing singers. How to describe his musical style? If I must categorise, I would describe his songs as well-crafted sometimes country, sometimes folk songs with a dash of blues. He has been likened to Townes Van Zandt, but I thought his style was more John Prine.

His first number was the gentle ‘What Does It Mean’, the first track on his new live album. He worked his way through many beautiful written songs, my favourites being the sad ‘Waiting On You’ with its lovely lyrics “beauty is something you never have to chase”, and ‘Never Again’, Lewis explained that the moral of the latter, written after taking mushrooms, was “Don’t fall in love with short-haired Australian women”. ‘Virginia Avenue’ was a very personal and poignant song about the particular road his grandmother lived in. His travels throughout the UK over the last seven years had included Somerset where a fan had asked him who was writing protest songs these days, which had inspired him to write ‘Talk About It’. 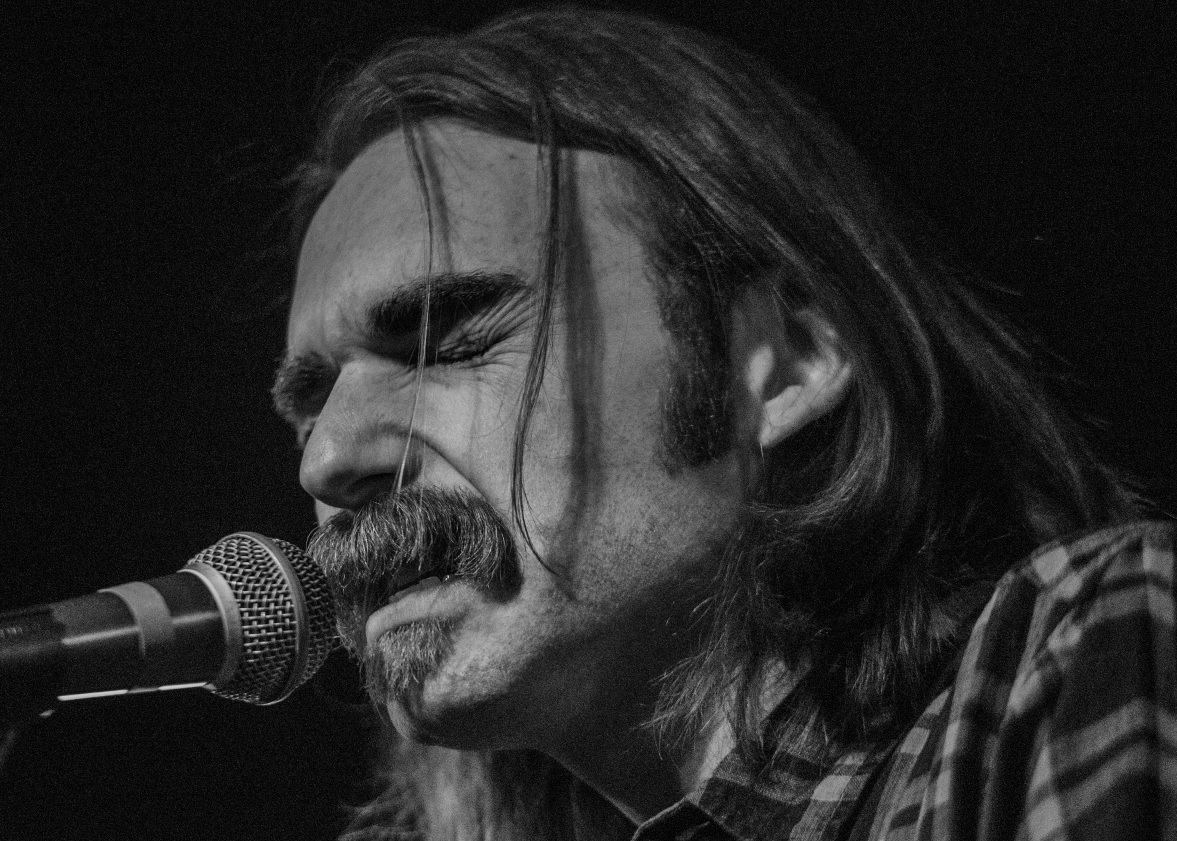 Lewis’ wonderful songs were just part of the story of the evening because his stage presence stood out from other singer songwriters, his constant, very dry humour added an important element to the gig: he wasn’t keen on Sheffield, playing there had been “like showing a card trick to a pack of dogs”. His heroes are Ant Man and humanity and his current musical hero is Nick Lowe. Lewis is an entertaining and unique songwriter and performer, he ended his set with ‘I Love You’, he can certainly leave Lewes knowing that we all reciprocated the feeling.

Sam Lewis setlist:
‘What Does It Mean’
‘Waiting On You’
‘The Light’
‘Neighbours’
‘Accidental Harmony’ (John Mann cover)
‘Talk About It’
‘Never Again’
‘Virginia Avenue’
‘Natural Disaster’ (Loudon Wainwright cover)
‘I’m A River’
‘In My Dreams’
(encore)
‘I Love You’ 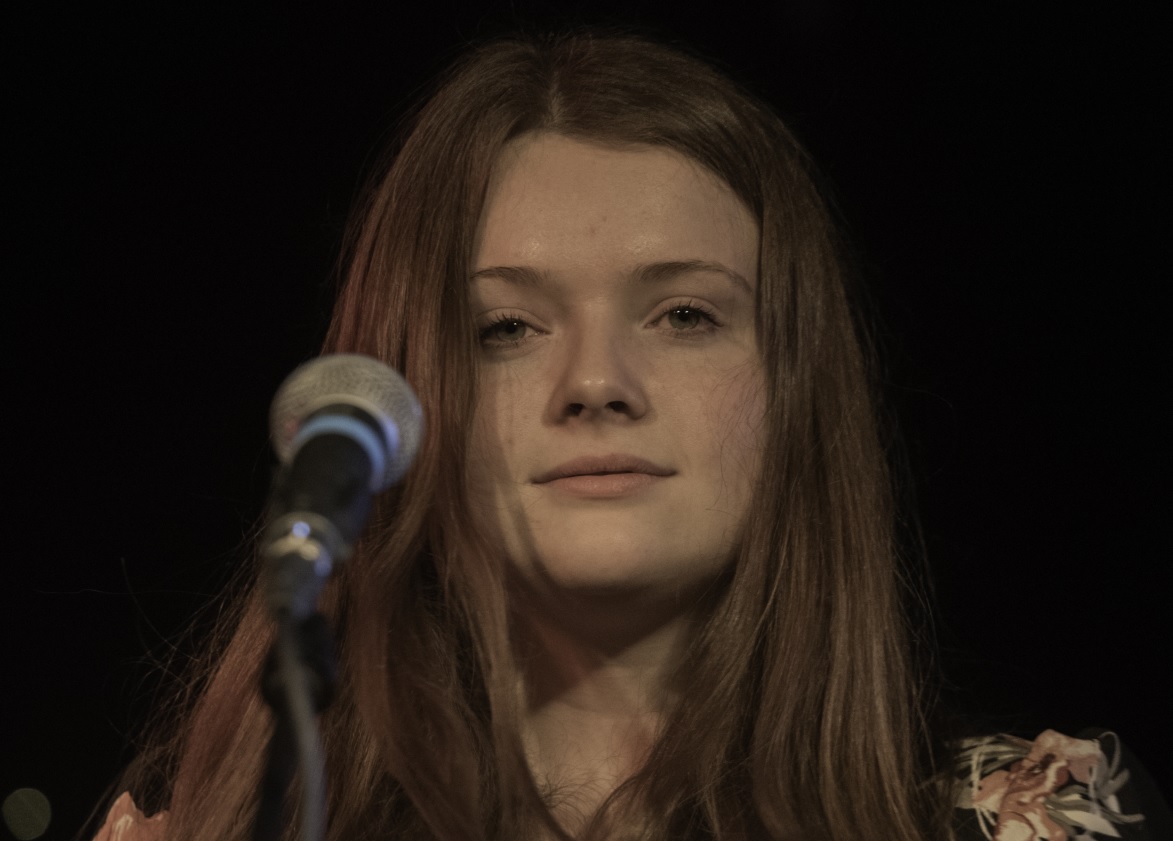 Lisa Nora is a Dutch singer-songwriter who currently lives in Brighton, her influences include Passenger and Mumford & Sons. Nora’s songs are a mix of pop, folk and country. Being only nineteen and still attending BIMM, the audience might have expected Nora to be nervous and tentative, but not at bit of it, her confidence was not feigned, she sang her pretty songs like a seasoned performer and gave a relaxed performance. Her clear vocals displayed a good range and skill, life experience was the only thing missing from her songs but was made up for by their purity and simplicity.

Lisa Nora setlist:
‘Two Black Feathers’
‘Once A Slave’
‘Where Does Time Go’
‘Old Man’s Hat’
‘Like A Stone’
‘Run Away’
‘Pockets Of Gold’
‘Locked Your Love’ 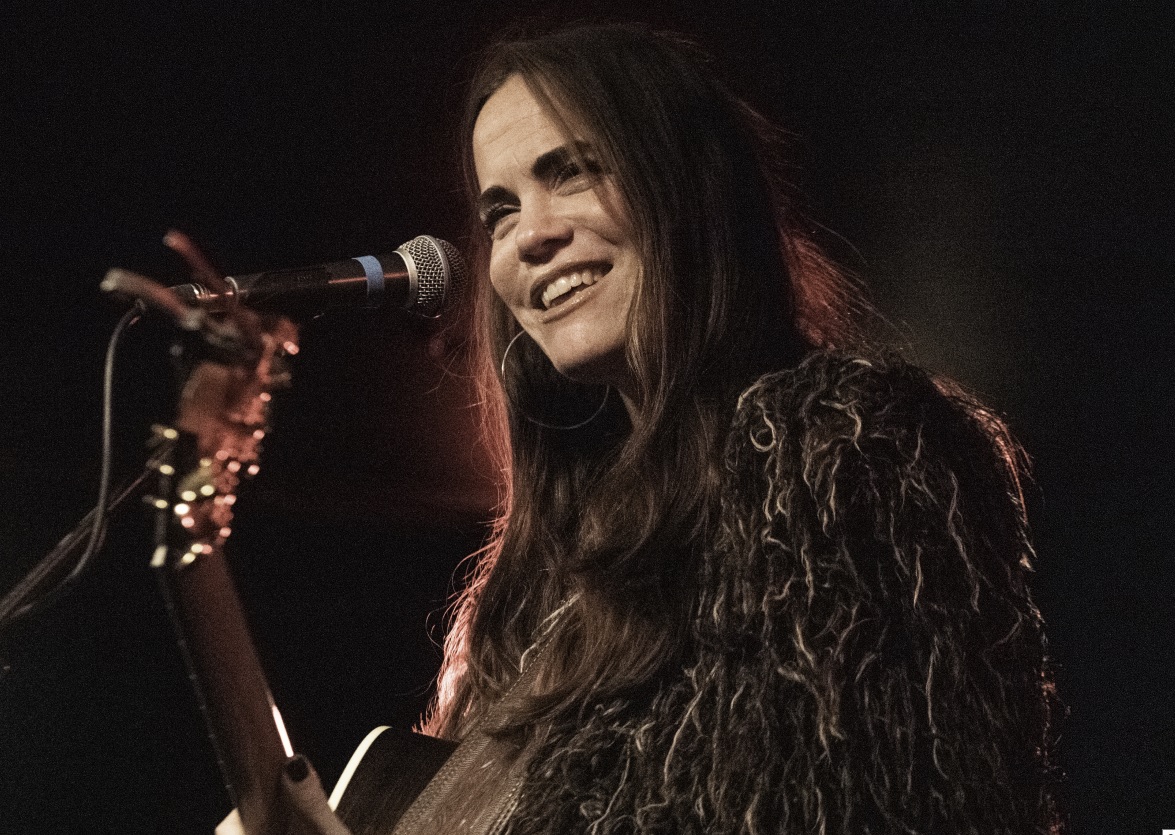 Bonnie Bishop, the main support act to Lewis, appeared on stage looking like a tall, beautiful hippie, her long hair flowing down over a furry jacket and red maxi dress. She was, she told us, tagging along on her friend Lewis’ tour following a bad relationship break up in Texas, which had left her needing to escape. Unlike Nora, she obviously has a rich history of life experience and a much rockier vocal style. Bishop writes emotional songs from the heart, and is a country rock singer-songwriter from Texas who has produced nine albums since 2002, ‘The Walk’ being her latest, which was released last year. Bonnie Raitt, an idol of Bishop’s, has recorded two of her songs, ‘Not Cause I Wanted To’ which won a Grammy in 2013, and also ‘Undone’. ‘The Best Songs Come From Broken Hearts’ was featured on the popular TV series ‘Nashville’.

‘Every Happiness Under The Sun’ was her fitting opening number, with lyrics like “Feeling sorry for myself but moving on”. Next up was ‘The Walk’, a proud, head in air number about carrying on in life, despite sadness and the ten extra pounds Bishop had gained since the break up! ‘I Don’t Like To Be Alone’ and ‘Don’t Fail Me Now’ displayed her vocal prowess and songwriting skills, whilst mirroring her current situation and rounding off her enjoyable but too short set. 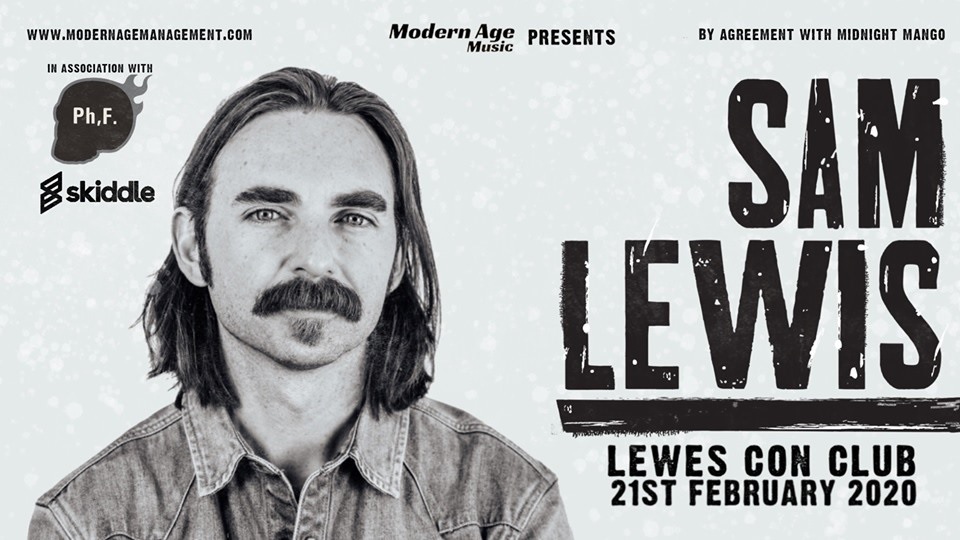