‘Mission Accomplished…’ we see The Rezillos in the flesh 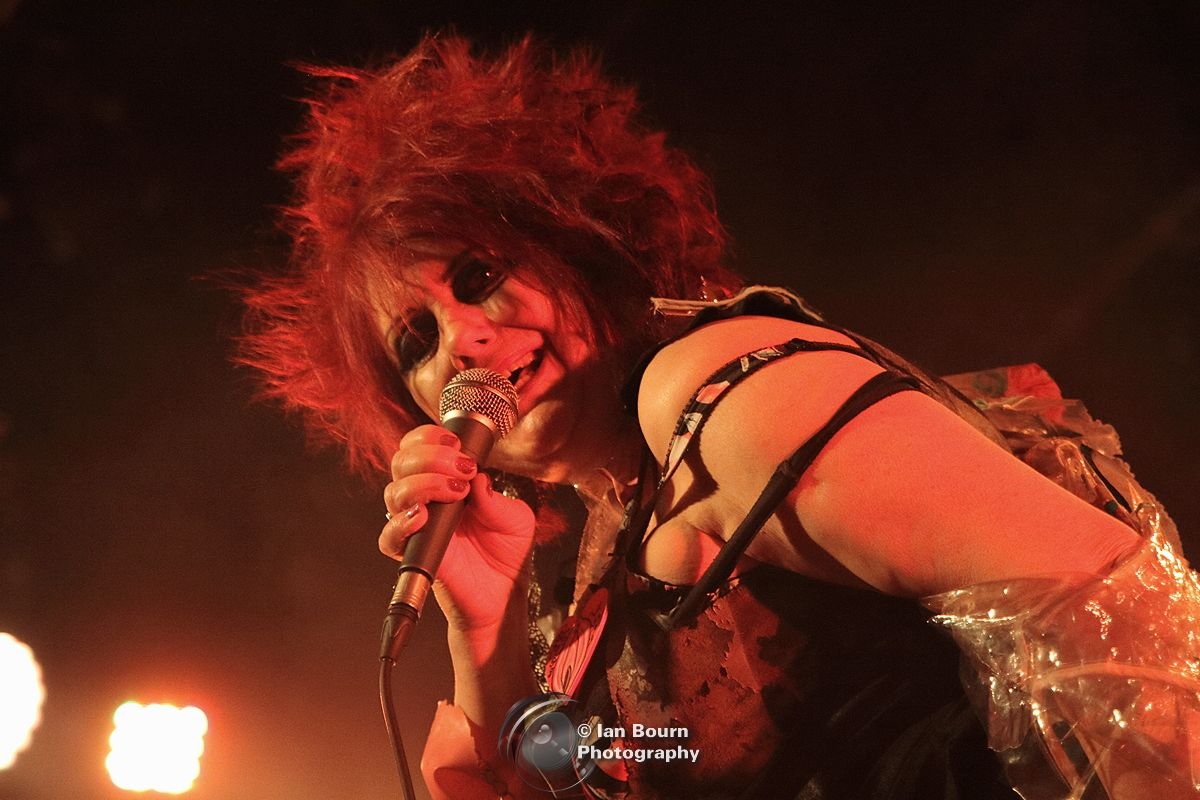 By eschewing the nihilism and angst of their contemporaries, The Rezillos who originally formed way back in 1976 in Edinburgh, have continued to appear remarkably fresh during the 21st Century. Their 1950’s style take on sci-fi still seems oddly futuristic. 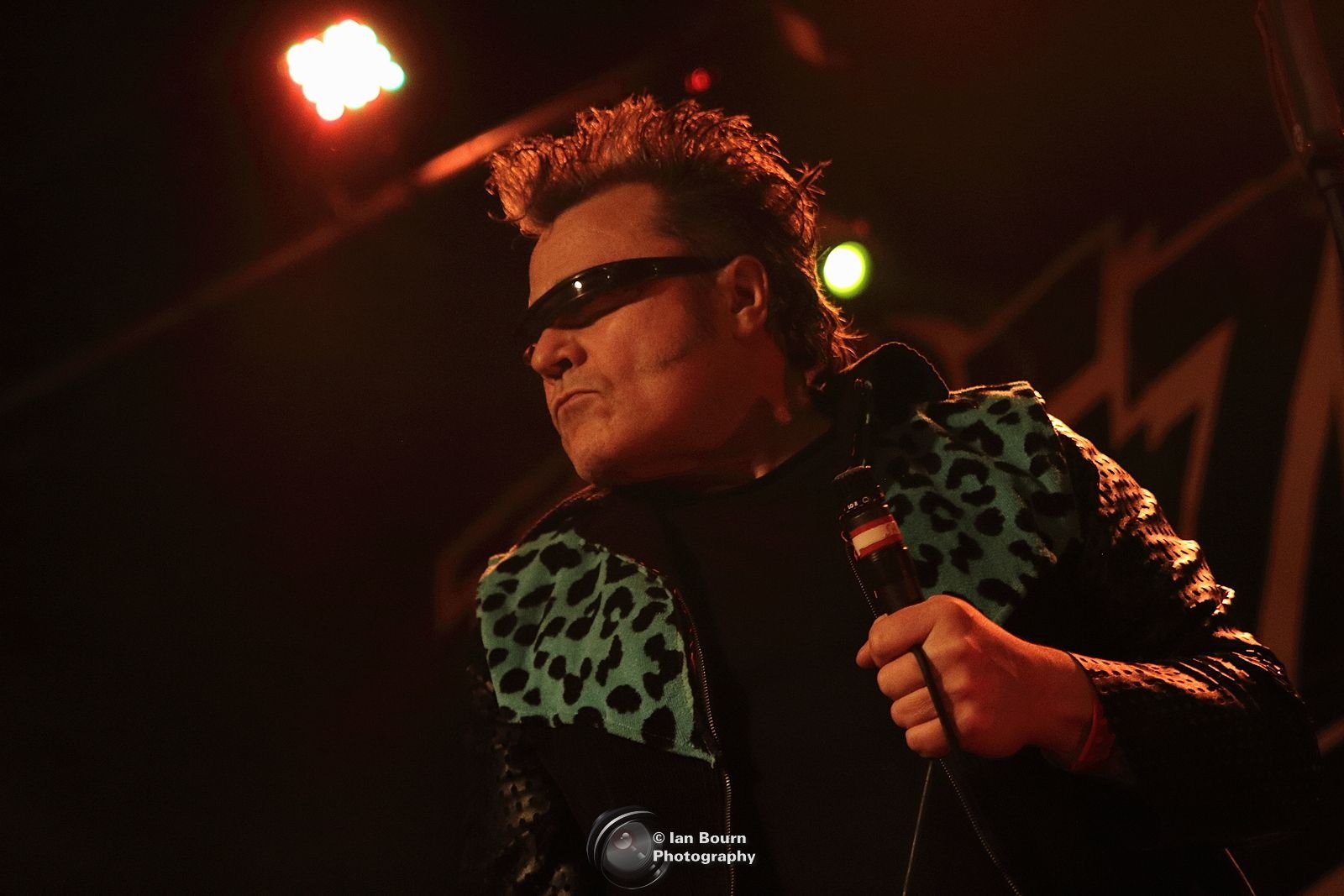 Eugene Reynolds of The Rezillos live at 229 The Venue, London 22.02.20 (pic Ian Bourn Photography) (click on pic to enlarge!)

One thing they do have in common with their contemporaries is the speed and ferocity of their music. Tonight at 229 The Venue, which is located at 229 Great Portland Street, London, The Rezillos kick off at quite a pace with ‘Destination Venus’ and there’s no real let up for the next hour plus. The first part of the set is chock full of classics: ‘Flying Saucer Attack’, ‘Bad Guy Reaction’, and of course, ‘Top Of The Pops’. Eugene Reynolds gives an explanation of what the programme was all about for younger members of the audience.

As well as hits there’s banter too. While she has her foot up on a monitor Fay Fife admonishes one over enthusiastic gentleman: “don’t lick my boots mister!” Well, really…. Later she explains that “all of our songs are as complex as Stockhausen”. Now there’s something that I didn’t know!

A brass section is later added, which gives the gig the air of a punk revue. One of the highlights of their contribution is a track called ‘20,000 Rezillos Under The Sea’, which seems to be a very close relation to the ‘William Tell Overture’. 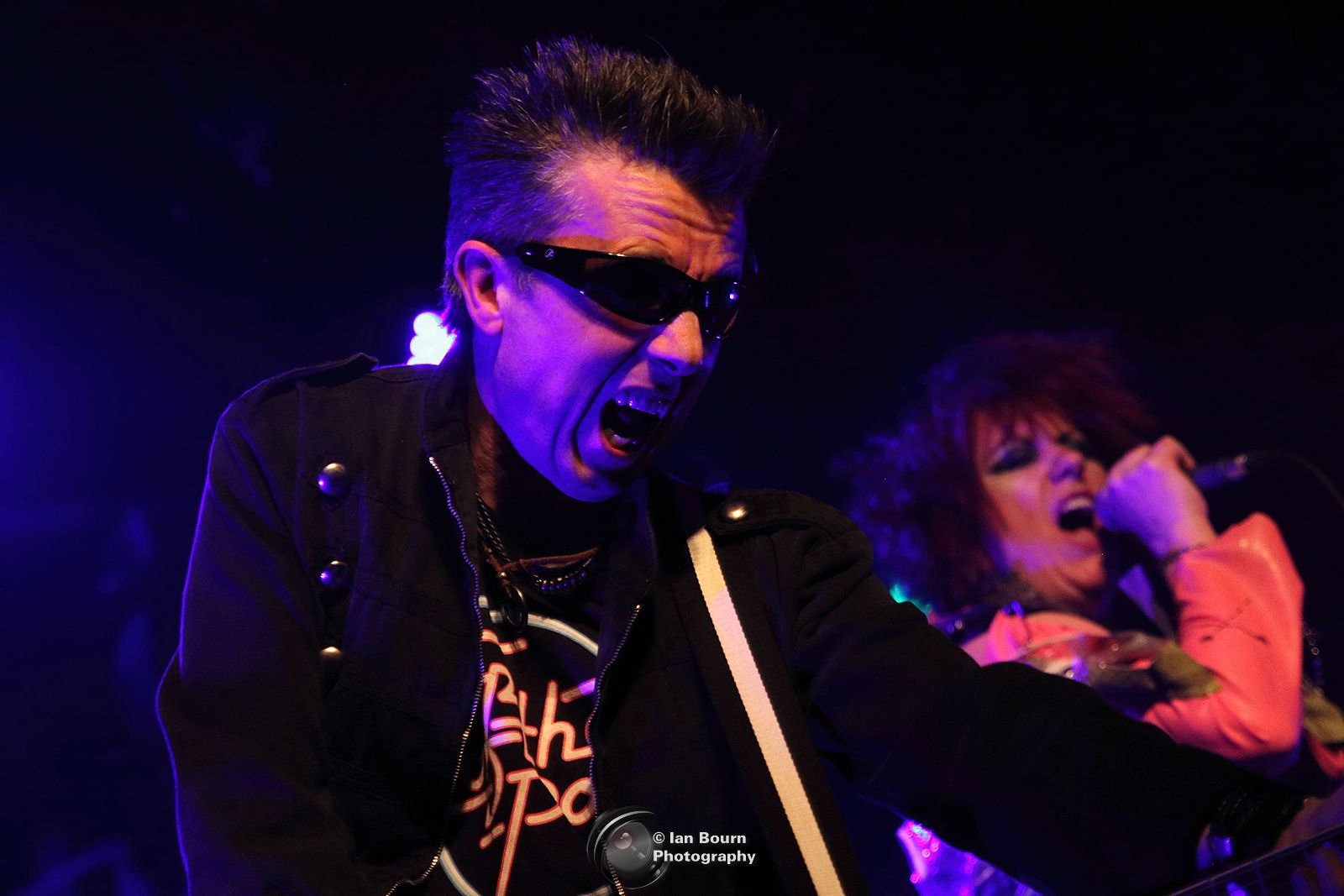 After ‘Good Sculptures’ and ‘I Can’t Stand My Baby’, the band briefly leaves the stage, but quickly returns for encores of ‘It’s Getting Me Down’ and ‘Mystery Action’. The brass section then return for ‘River Deep, Mountain High’.

This has been a tight, energetic show, brimming with hits but far from ignoring their 2015 album ‘Zero’. If you want fast, exciting rock ‘n’ roll, with a bit more than a hint of eccentricity, then The Rezillos are your band.

The Rezillos setlist:
‘Destination Venus’
‘Groovy Room’
‘Flying Saucer Attack!’
‘Bad Guy Reaction’
‘Top Of The Pops’
‘Spike Heeled Assassin’
‘Tiny Boy From Outer Space’
‘I Wanna Be Your Man’
‘It Gets Me’
‘Do The Mutilation’
‘No’
‘Cold War Reaction’
‘Somebody’s Gonna Get Their Head Kicked In Tonight’
‘Sorry About Tomorrow’
‘Zero’
‘20,000 Rezillos Under The Sea’
‘My Baby Does Good Sculptures’
‘I Can’t Stand My Baby’
‘Getting Me Down’
‘Mystery Action’
‘River Deep Mountain High’
Learn more about The Rezillos HERE and HERE. 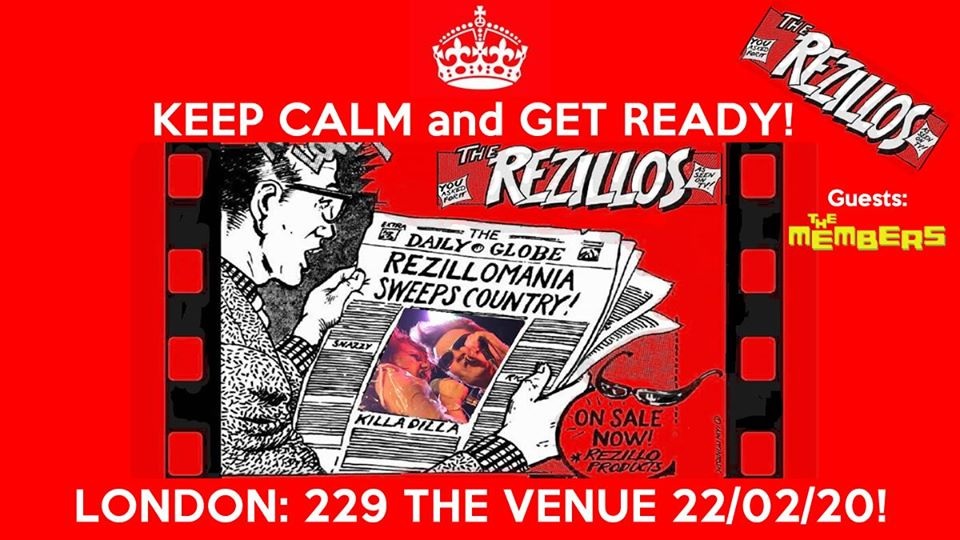