Hove man hunted by police for return to prison

A Hove man is being hunted by police who have been asked to return him to prison. 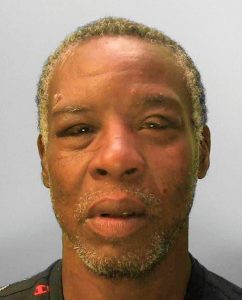 They are looking for Andrew Charles, 52, who was jailed for 18 weeks last year for handling stolen goods.

He was found to have driven a Toyota Yaris that was stolen from outside a pensioner’s house in Stirling Place, Hove.

He was also convicted of driving it without insurance in Dartford, Kent, heading towards Essex, on the same date in April last year.

Sussex Police said today (Wednesday 8 April): “Police in Sussex are searching for Andrew Charles, 52, who is wanted for recall to prison.

“Charles, described as black, 5ft 9in, of proportionate build and with brown eyes, whose last known address was in Hove, was released from prison in December part way through a four-month sentence for dishonest handling of stolen goods.

“But the probation service now require his return to prison for breaching the terms of his release licence.

“Officers have been making inquiries in the Brighton and Hove area but also believe Charles may be in the Loughton area of Essex where he has family connections and have been liaising with colleagues in that area.

“Anyone who has seen Charles, or who has any information on his whereabouts, is asked to contact the police by calling 101, or online quoting Sussex serial 38 of 22/02.