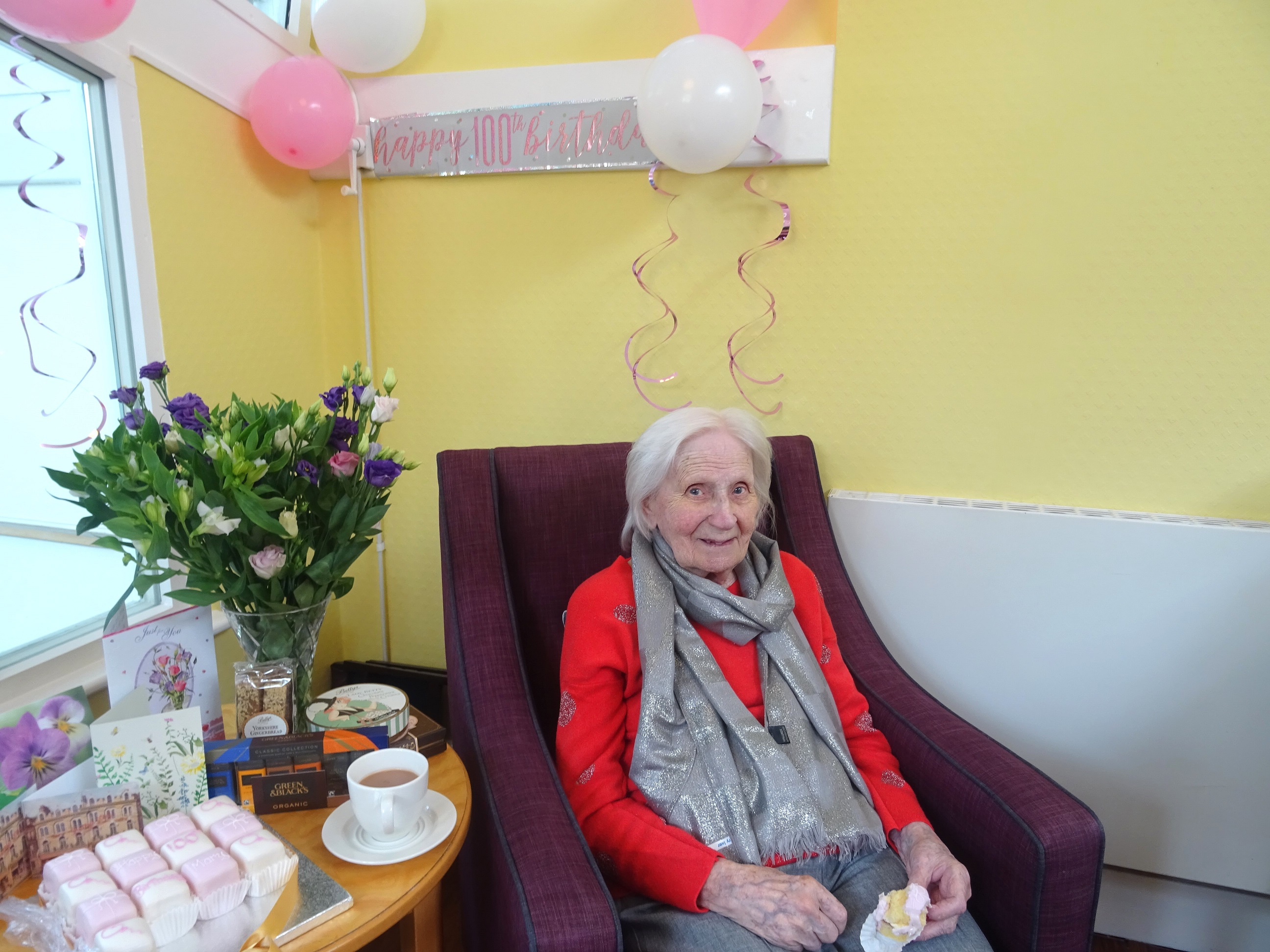 A former ambulance driver has celebrated her 100th birthday last week with her family joining her via video call.

Mary Ixer, who lives at Barford Court in Hove, turned 100 on Tuesday, April 21.

Staff at the care home, run by RMBI Care Company, decorated the home, organised a tea party, birthday cake and the video call.

Gemma Wheelhouse, Activities Coordinator at Barford Court, said: “It was an honour to celebrate Mary’s 100th birthday at our Home. She is an extraordinary woman who has contributed so much to others during her lifetime.

“We were determined to ensure that she had a memorable birthday, in spite of the current situation. It is fair to say that the team here pulled out all the stops, decorating the Home with balloons and ribbons.

“Having a special occasion to celebrate lifted everyone’s spirits.”

Mary was also delighted to receive an official birthday card from Her Majesty the Queen.

Mary was born in East Dulwich, South London, on April 21st, 1920 and later moved to Carshalton. In 1940, aged 19, she married her late husband, Ralph. The couple had two sons, Chris and Peter.

During the Second World War, Mary was an ambulance driver and was also in the ARP (Air Raid Precautions), helping to protect civilians from the danger of air-raids.

Through the 1960s and 70s, Mary was the Director of Furnishings Retail Company, working with her husband.

Mary, who has lived at Barford Court for almost five years, now has five grandchildren and eight great grandchildren.

Barford Court, which so far has not had any confirmed coronavirus cases, is closed to all but essential visitors to ensure the health and safety of its residents.