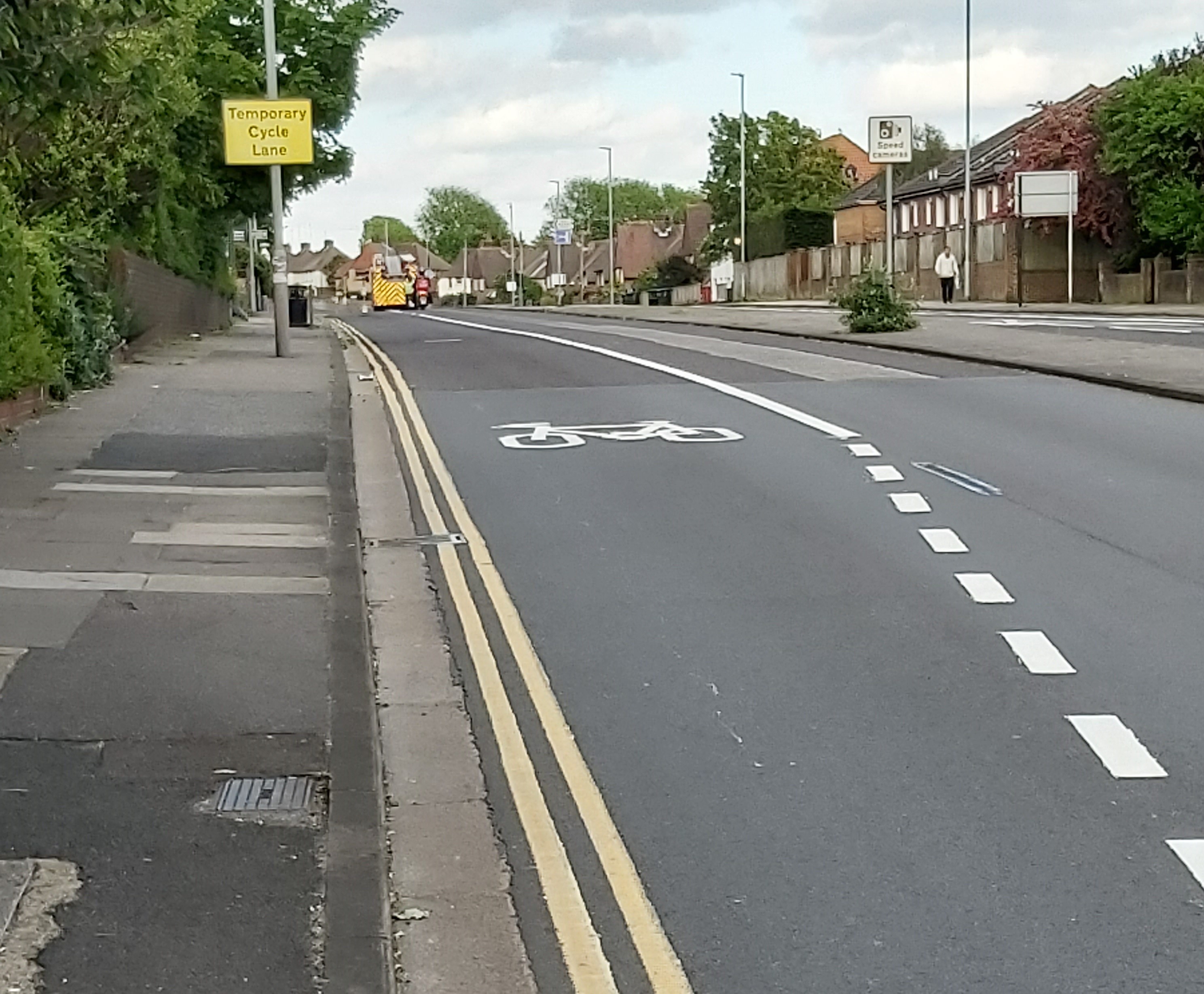 Cycle lanes along Kings Road and Preston Road and wider footpaths in the city centre are among a range of quick fix transport measures set to be implemented in Brighton and Hove within weeks.

The city has been given £594,000, one of the largest allocations per capita in England, under the first tranche of the Government’s £250 million emergency travel fund.

And if it uses the money in the way the Government is asking, it has been promised another £2.367 million to make more permanent changes later on.

The funds have been doled out according to how many adults commuted on public transport according to the 2011 census, as the measures are intended to stop people switching from buses and trains to cars as the city starts moving again.

Other local authorities – such as West Sussex – have already published details of what they are intending to do with the money, which had to be submitted to the Department for Transport by Friday.

Brighton and Hove has not done so – but the city’s lead councillor for finance Daniel Yates tweeted out some of the schemes over the weekend while in conversation with local transport buffs.

He said the phase one bids included:

Brighton and Hove City Council confirmed these projects, and added the extension of the bike share scheme and more cycling parking in Valley Gardens. 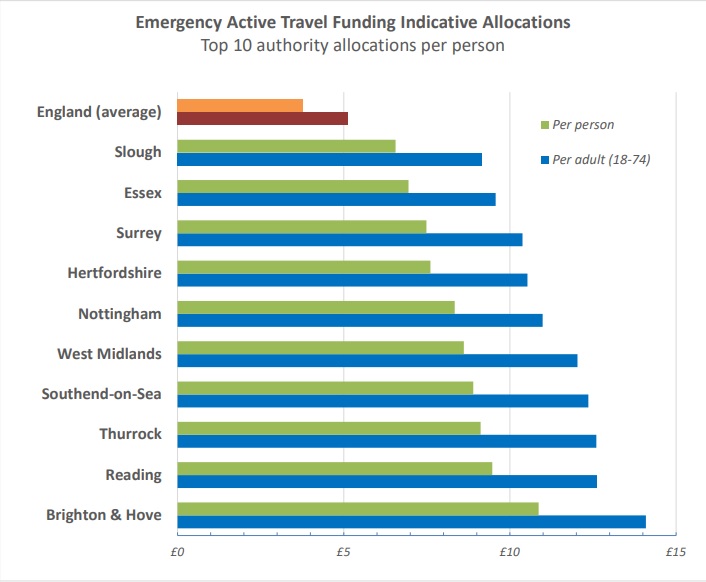 The top ten beneficiaries of the emergency active travel fun per capita. Created by Mark Strong

The terms of the funding, as set out in a letter from DfT deputy director Rupert Furness to local authorities, include: “Anything that does not meaningfully alter the status quo on the road will not be funded . . . If work has not started within four weeks of receiving your allocation or has not been completed within eight weeks of starting, the Department will reserve the right to claw the funding back.”

One of the stakeholders Councillor Yates was talking to is Mark Strong, who is a transport rep for Brighton and Hove Community Works (and a transport planner). He has provided feedback to an informal emergency transport panel set up by the council’s transport department

He said these were the only details he had seen and encouraged the council to release more detail.

He said: “The fund is aimed at places which have good public transport usage to address the issue that people aren’t going to be able to get the bus or the train.

“Brighton has the highest funding per capita in the country because we have got good bus and train usage.

“Funding is there to help people who would otherwise drive because they don’t want to get a bus.

“It’s very much about walking as well as cycling. There’s lots of shopping parades outside the city centre which have shops who are going to want to get people coming in safely, but they have narrow footpaths.

“Everyone appreciates there will be challenges but traffic is still down to about two thirds of its pre-lockdown levels.

“There’s space to do it, you just need to get on and do it.

“Certainly along the seafront we need a balanced approach. Most of the A259 is a single lane anyway. So if we just make it a consistent single lane for motorised traffic, then we have a lot of space to play with.

“The devil is in the detail though and I don’t know any more than what Cllr Yates has put on Twitter. Everyone is looking forward to seeing more information soon, like other councils have published.”

Temporary measures already introduced by the council are the closure of Madeira Drive and a pop-up cycle lane along part of the Old Shoreham Road.

Anne Pissaridou, chair of the council’s environment, transport and sustainability committee, said: “Our travel habits have changed dramatically in the last few months. We have seen more people choosing accessible and sustainable travel methods while parts of Brighton & Hove have witnessed a 60% fall in motor vehicles on the roads.

“Brighton and Hove City Council is currently working on measures that will try to support these changes quickly while ensuring the health and safety of residents remains our number one priority.

“We will be announcing what some of these innovative changes will be in the coming days, but what I can say now is that parts of the city will look different.”