BREAKING NEWS
Half time with Hodges – Brighton & Hove Albion 0 Fulham
Councillor hits out at ‘shocking’ anti-vaccination leaflets
Brighton MP urges Prime Minister to ban export of plastic waste
Police appeal for help to find missing girl with links to Brighton
Politician cleared over covid ‘bat soup’ remark – but now he has virus
Police hunt witness who failed to turn up at court
Specialist police team set up to tackle serious, organised and violent crime
Covid deaths to remain high for some time
Coronavirus sends Brighton and Hove Albion deeper into the red
Fire engines may stay in service for 20 years to save money

The long-neglected land at Black Rock is to be given a £12 million makeover after proposals submitted by Brighton and Hove City Council were granted planning permission today (Wednesday 10 June).

The council’s Planning Committee voted unanimously in favour of the scheme to build a new sea wall and promenade close to Brighton Marina.

The work is intended to make it easier to develop the site in future and make better use of it until then.

Ambitious “Waterfront” plans for a conference centre and concert arena on the Black Rock site faltered last year when the council’s partner Aberdeen Standard Investments called for a pause in the process.

The company, which owns Churchill Square shopping centre, and the council are understood to be looking at whether a replacement Brighton Centre would be better on its current seafront site.

The Black Rock approved today plans are also intended to make it easier for people to come and go from the Asda car park at Brighton Marina on foot and by bike.

The new entrance may be used by emergency vehicles and, in future, possibly by public transport.

And the scheme includes weatherproofing the 19th century reading room and temple, building a public toilet and a “pump bike track”.

The site at the end of Madeira Drive has been empty for more than 40 years after the Black Rock lido closed in the late 1970s.

Independent councillor Bridget Fishleigh raised concerns about traffic going through the city centre and the cumulative impact of other developments and traffic schemes on the A259.

She said: “People across the city are being driven mad by random traffic schemes that add to congestion and pollution. This is another example.

“I tried to persuade the powers that be to re-evaluate the plans to change the road layout and introduce traffic lights at the A259 and Dukes Mound.

“I’m concerned that these changes will create congestion, pollution and a rat run through Lewes Crescent and Sussex Square as people try to avoid the resulting queues.” 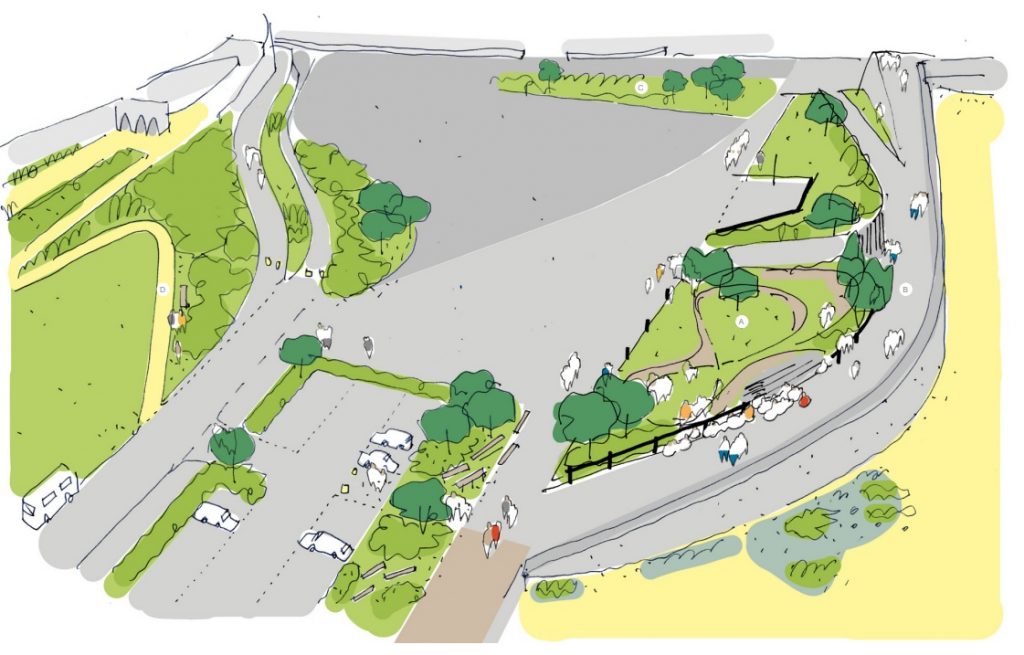 Councillor Fishleigh was frustrated at applications taken individually rather than holistically.

She said that thousands of new flats had been proposed for the Marina, a new development is coming forward at the former gasworks site and Madeira Drive was likely to close to cars for the long term.

The committee agreed her proposal to include a condition to ban construction traffic from the city centre.

Fellow independent councillor Tony Janio was frustrated that planning officials did not seem able to take into account the effect of other developments on the A259, including the Shelter Hall, Valley Gardens and Royal Sussex County Hospital.

He said: “The council, who is also the applicant here, cannot go to all the other department in the council and ask ‘what do you think will happen with the transport here’ and adapt.

“They’re going by the standard planning rules. You would have thought the department would talk to each other.”

Councillor Janio said he “desperately” wanted the scheme to go through but the process was “shocking”.

“Therefore, I think it is important we fully support it. I do think we need to be careful that the temporary uses do not inhibit the potential future development of the site.”