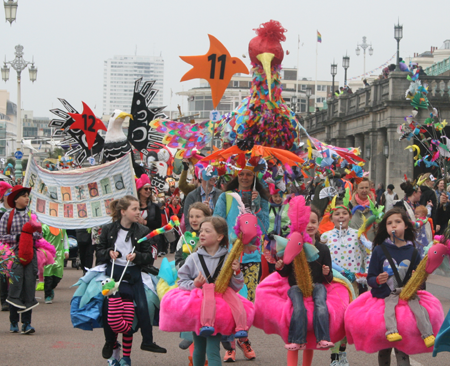 Councillors have agreed to find ways to support and save the creative industries worth millions to the city economy.

There was cross-party support at last night’s Tourism, Equalities, Communities and Culture Committee for officers to draw up options to help music venues, theatres, community projects as well as individuals.

Councillors heard how in 2018 the creative industries generated £1.55 billion in the Greater Brighton area, employ more than 16,000 people.

Green councillors Clare Rainey and Marianna Ebel put forward the motion to support the creative and cultural sector at the meeting on Thursday, 18 June.

Councillor Rainey said: “Much of the cultural and creative sector in the city relies on Brighton Festival and other events held throughout the summer for a large part of its revenue, so many organisations and individuals will struggle to stay financially viable for at least the next year.

“As well as the obvious negative impact on those who work in the sector, the city and its residents will suffer from the loss of cultural and creative input, which attracts visitors and contributes to the city’s vibrant and diverse character.

“Attending theatre and dance performances, going to exhibitions, taking part in creative activities and attending community events all have known benefits in terms of well-being and mental health.”

She wants to see more collaboration between arts organisations and the council, wider communication about grant funding and prioritising grassroots and city-based events in outdoor spaces.

Councillor Ebel seconded the motion, which called for a report into how the council can support the sector, and said: “If we don’t act now we could lose part of this vibrant sector for good.

“People currently working in the cultural sector will be forced to take jobs outside the sector and may not return.

“Local venues, whose small stages have provided a stepping stone for young talents may need to close due to the financial difficulties, and once these venues are gone, they are gone.

“Bands like The Kooks, British Sea Power, The Levellers, and one of my favourite bands – the Bar Stool Preachers – would have potentially never made it to fame without our small local venues who offered support at the beginning of their careers.”

She said the city is known for its “vibrant cultural scene” which makes it “so special”.

Both the Labour and Conservative groups backed the idea of a report.

Labour councillor Jackie O’Quinn said even something as simple a story-telling session in a park can be “valuable to the culture in the city”.

She said: “The city’s creative and cultural sector should and does have our wholehearted support because of its enormous value to the city both economically and socially.

“We need to work especially hard to support this sector in the coming months as it has been devastated by the Coronavirus emergency.

“Much work is already being done by the Brighton and Hove Arts and Creative Industries Commission, in partnership with the council, to get this sector back on its feet again.”

There was no deadline for the report. The Tourism, Equalities, Communities and Culture Committee meets again on Thursday, 24 September.