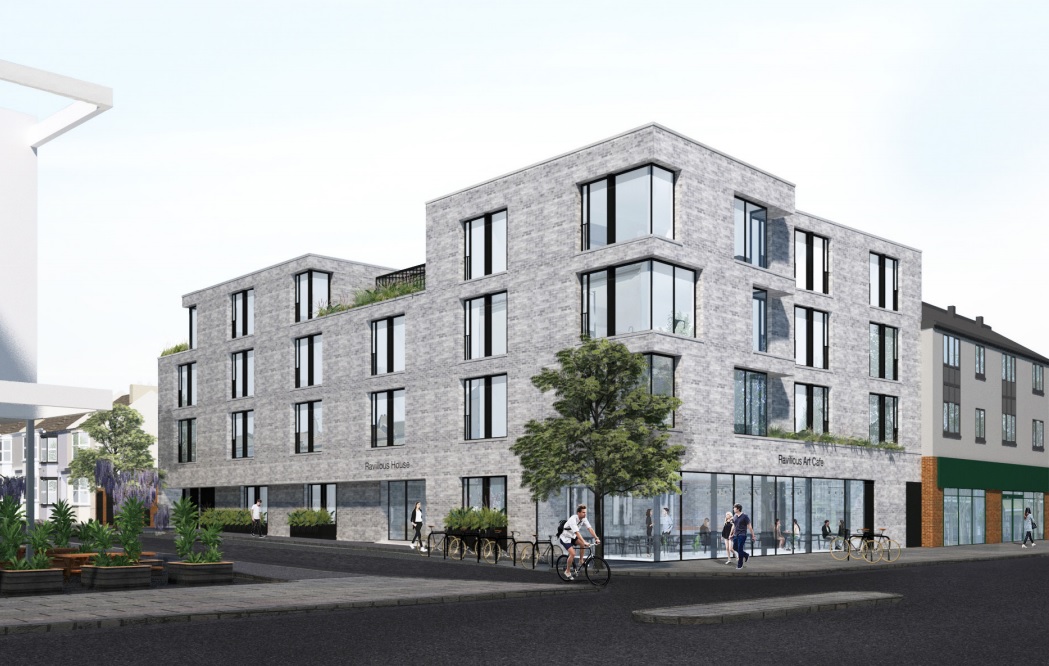 An artist’s impression of Ravillious House. By Greenaway Architecture

A four storey block of student housing is planned for the site currently occupied by the Lewes Road Co Op.

Developer Alumno is working with the Brighton Screen and Film School on the block, which would house 60 of its students.

Under the plans, submitted to Brighton and Hove City Council, the existing Co Op store would be demolished.

A three to four storey building with a large commercial space for either a shop or a cafe, provisionally called Ravillious House, would be built in its place.

The Co-Op would move to vacant unit in the neighbouring building, built on the former Lewes Road Community Garden, next to Papa Johns and formerly an M Local convenience store.

The application says: “Lewes Road is known as the academic corridor due to its strategic location to a number of higher education institutions including Brighton and Sussex Universities, which are largely located along, or adjacent to, this route.

“Inherently, Lewes Road is considered to be the main student area in Brighton and is a popular student neighbourhood.”

It references an application for a four storey block which was turned down on the neighbouring site, the old Natwest Site now occupied by the Panda Lounge.

However, it says that since then, Lewes Road has been designated as a tall building corridor.

It features a roof terrace at the third floor, and a green roof as well as a games, cinema and gym room, a study room and a laundry.

The scheme includes 42 studios, three of which are accessible, as well as 18 ensuite rooms and three shared kitchen/dining rooms.

No car parking will be provided, but the site will include 54 long stay cycle parking spaces in a store, another eight in lockable cages and six spaces for visitors to the cafe or shop.

A member of staff would be on site during office hours, with residential student wardens acting as a point of contact out of hours.

Flyers about the development inviting people to a virtual consultation event on 3 June, but no members of the public attended.

Some feedback has been give online, which flagged onsite management as a concern. Four out of five respondents said the development would free up family housing in the area.