A new Co-op store faces opposition to its application for an alcohol licence.

Co-operative Group Food Limited wants to be allowed to sell drink from 6am to 11pm daily at its new site, the former Maplin shop at 65-67 London Road, Brighton.

But there are already 15 objections to the application including Sussex Police, council licensing officials, people near by and one of the Green councillors for St Peter’s and North Laine ward, Pete West.

London Road is in an area that Brighton and Hove City Council has designated as a “special stress area” because of concerns about the level of crime and disorder and public nuisance.

The council’s policy is to allow no new off-licences in this area, unless an applicant can show exceptional circumstances.

Sussex Police said that the St Peter’s and North Laine electoral ward was ranked the worst for police-recorded alcohol-related incidents and criminal damage in Brighton and Hove.

The area was also ranked worst for “high-risk drinking”.

Inspector Rob Lovell, whose name was redacted in the official correspondence on the council website, said: “London Road suffers from high levels of crime and disorder.

“The locale has pre-existing issues around high levels of alcohol consumption and anti-social behaviour, both of which could potentially be added to with additional premises with off sales.

A representative from a residents’ group, whose details were also redacted by the council, said that the old Co-op further south along London Road had a poor reputation for shoplifted alcohol before it closed.

The representative added: “Current residents report that even with the relative calming effect of lockdown there is still late-night noise, anti-social behaviour and a general prevalence of begging and homeless persons (for whom alcohol is a chronic problem issue).

“London Road is close to The Level – which is itself an area that needs constant police attention.” 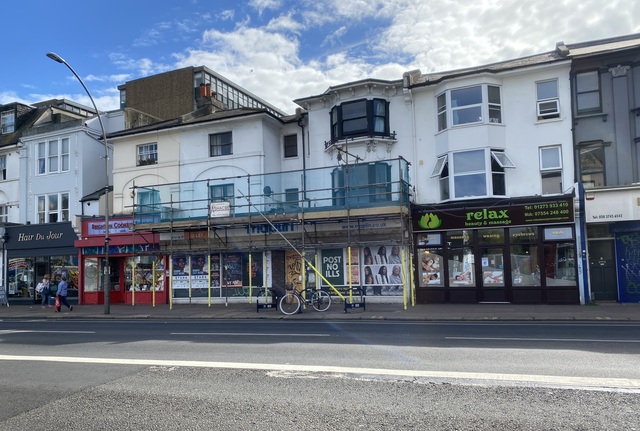 The old Maplin store in London Road in Brighton

A person living in the area asked councillors to refuse the application, saying: “Drinkers gather outside premises, shouting, assaulting others, causing a public disturbance and are a massive general nuisance.

“My sleep, along with my teenage children, is massively affected by this constant ongoing behaviour already and I am concerned for my safety walking to my own home.”

The application is due to be decided by a “virtual” licensing panel made up of three councillors at a hearing scheduled for 10am on Wednesday 12 August.

The licensing panel hearing is also expected to be webcast on the council website.