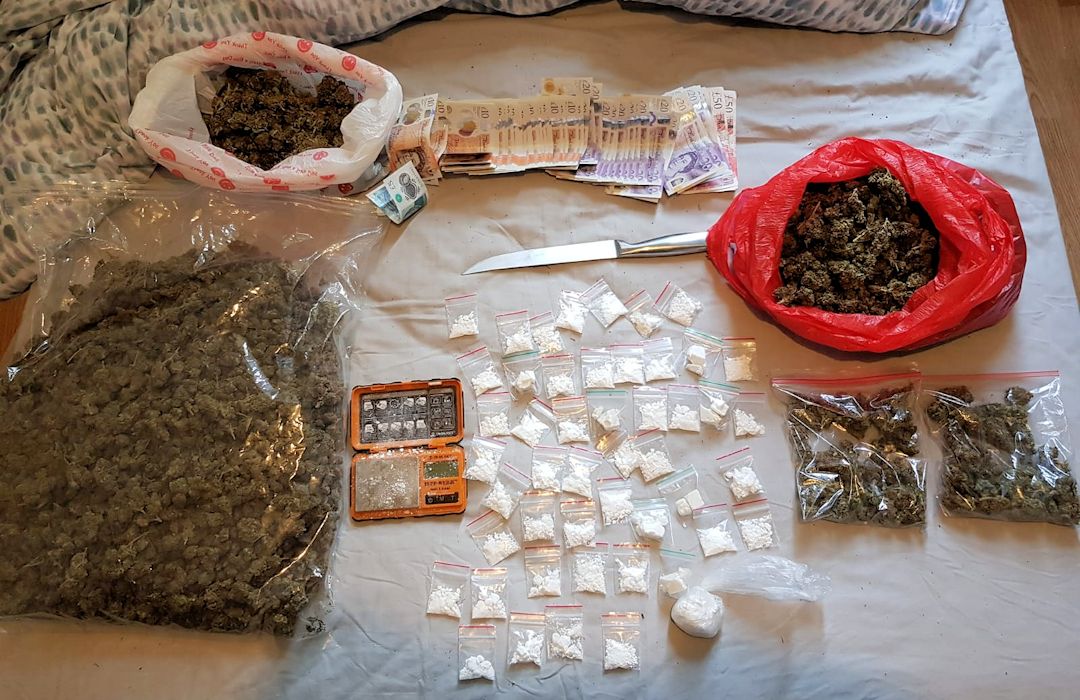 Drugs worth £10,000 were seized during a raid on Hove this month during a massive county-wide operation aimed at disrupting county lines gangs.

On Wednesday and Friday last week, Sussex and British Transport Police stopped dozens of people at Brighton and Worthing stations to speak to them about county lines – the name given to drugs gangs which work over large areas using mobile phones for customers to place orders.

These gangs often exploit children and sometimes “cuckoo” vulnerable adults by taking over their homes to use as a base to deal from.

Two arrests were made at Brighton for drugs supply offences, and one of them for possession of large hunting knife.

Detective Superintendent Stuart Hale, the force’s lead on combating county lines, said; “Even during the recent lockdown we have been continuing every day to disrupt dealers who try to deal dangerous drugs across our communities and we target those who use children to sell drugs or those who buy drugs from children.

“We investigate and prosecute, working relentlessly and targeting those who would bring harm to local people, including often the most vulnerable.”

Officers found that the pandemic presented extra opportunities for disruption.

Reduced transport in the early stages of the pandemic hampered the abilities of gangs to move their product. This led to reduced travel and supply and the commodity becoming more expensive. Criminals were operating in a more dangerous environment.

There were less people around, and reduced demand on police in the initial phases meaning officers nationally could increase their proactivity. It was riskier to transport goods by road and public transport.

As restrictions have lifted, police have started to see those involved in this criminality trying to return to their normal methods of operation. The streets are busier, their criminality is less visible.

Det Supt Hale said: “Local crime is often a direct result of major drug distribution via county lines and by working together with partners to shed a light on this often hidden crime. We are sending a clear message to drug dealers that they cannot expect to go undetected in Sussex.”

Across Sussex last week, officers made 29 arrests, and seized more than £15,000 worth of drugs, 47 mobile phones, and 13 weapons, mainly knives.

Police say there are currently some 90 ‘deal lines’ in operation in Sussex at any one time, often overlapping with other force areas, but that figure fluctuates on a regular basis. A ‘deal line’ is the dedicated mobile phone line to take orders from drug users.