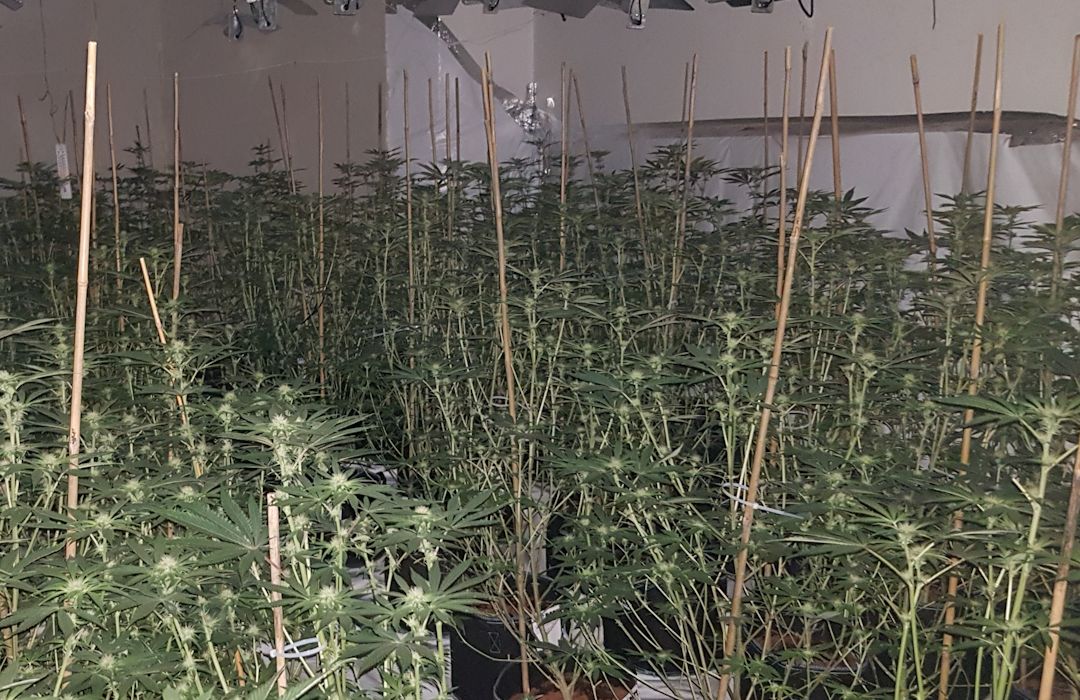 Reports of people fleeing across back gardens led police to a cannabis factory with thousands of plants in a former Hove hotel.

Members of the public started calling police just before 2.40pm on Wednesday, the first of multiple reports from concerned residents.

Police attended and discovered a significant cannabis cultivation site in a former hotel in First Avenue. There are estimated to be in the region of 2500 plants across several floors of the premises.

A 38-year-old man has been arrested on suspicion of allowing a premises to be used in production of a Class B drug and has been released pending further investigation.

Enquiries are ongoing and officers are appealing to anyone who has noticed recent suspicious activity in the lower First Avenue area to report it to us quoting reference 798 of 11/11.