Sussex Police said that 34 people were arrested during a week-long crackdown on knife crime – with 19 of the arrests made in Brighton.

The force said that a man and a boy were held in King’s Road, Brighton, for having knives and drugs on them.

The crackdown, known as Operation Sceptre, also resulted in 589 weapons being handed in or seized from Monday 9 November to Sunday 15 November.

The force added: “Arrests for offences including knife possession, weapon manufacturing, robbery and possession of drugs with intent to supply were made as part of proactive work carried out during the week.

“Eight of the 34 arrests were knife related.

“Due to coronavirus restrictions officers were unable to attend schools to talk about knife crime with students and instead held virtual assemblies across the region.

“Throughout the week members of the public were able to dispose of knives and bladed articles in our knife amnesty bins placed at police stations across Sussex.

“Over 400 knives were recovered from the bins and will now be destroyed.

“In Brighton a total of 19 arrests were made during the week.

“Two males, aged 17 and 19, were arrested in King’s Road on (Sunday) 15 November for possession with intent to supply of a class A drug.

“Searches found both to be in possession of a knife. They have been bailed while inquiries are ongoing.

“In East Sussex over 15,000 students were reached through virtual assemblies and schools were encouraged to open up honest conversations about the dangers of knife possession and the legal and personal consequences of getting caught with one.

“In West Sussex officers made three arrests in connection with a robbery and seized over a hundred weapons during a warrant.

“They also visited the addresses of 12 people who imported weapons and asked them to hand them over, putting any necessary safeguarding in place.” 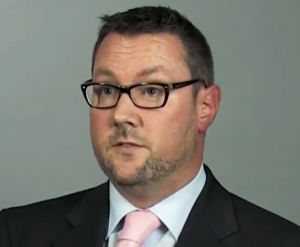 Superintendent Stuart Hale said: “Operation Sceptre is an opportunity to discuss knife crime in an open and honest way.

“We want to send the message to young people that carrying a knife is dangerous and can have serious consequences.

“It is a misconception that carrying a knife makes you safer. Carrying a knife for protection is not a defence in law and even being caught with someone carrying one can result in a sentence if you are caught.

“While we did increase our activity during this week of action, our activity to combat knife crime is part of everyday policing.

“We have year-round operations to address knife crime including engaging with young people in schools, the launch of our knife crime engagement van and work with partners to ensure people are signposted to help at an early opportunity.

“We also work hard to target disrupt prolific offenders, through the Tactical Enforcement Unit and are intensifying our activities through days of action, which means individuals carrying knives are increasingly likely to be caught and prosecuted.

“This anti-knife week is also a crucial reminder that there is help out there for those who do not feel safe.

“We always have amnesty bins in police stations where you can drop off your dangerous and unwanted blades and we will continue to work with our partners to take positive action when knife crime occurs.”

Sussex police and crime commissioner Katy Bourne said: “This is a great example of proactive and effective police work that has resulted in weapons being taken off our streets, offenders arrested and communities protected.”