The “coalition” deal between Labour and the Greens to run Brighton and Hove City Council can be revealed today.

The two parties have repeatedly denied in recent weeks and months that they agreed a “coalition” deal last year to run the council together.

But both parties have also repeatedly rejected requests to publish their joint working arrangements.

This is despite a promise “to become more inclusive and transparent” in a press release issued jointly by the parties shortly after the local elections in May last year.

The press release set out an overview of plans to co-operate on housing and homelessness, climate change, austerity and promoting diversity, inclusion and equalities.

But a “memorandum of understanding” agreed by Labour and the Greens sets out the working arrangements that, the Conservatives say, unfairly excludes their party from a key part in democratic decision-making.

And even some Green and Labour councillors have signalled unease at the extent of formal co-operation.

One councillor said that the deal might not amount to a full coalition but the public and political opponents could be forgiven for describing it in that way.

So what does it say?

The opening section set out the background, including how the deal was reached, and the broad policy areas where the two parties planned to work more closely together.

It said: “Given that over 70 per cent of residents voted for either Labour or Green Party candidates on their unprecedentedly convergent manifesto commitments, we have a unique opportunity to make a huge positive impact on the city in areas which both parties support.

“There is therefore a desire on the part of Labour and Green councillors to work more closely together to achieve change.

“This will demonstrate a positive commitment to the city that the Labour and Green groups’ focus is on delivering progressive policy solutions.

“In negotiations held on 14 and 15 May 2019 between Nancy Platts, Dan Yates, Jo Viner and Jon Rogers for the Labour group of councillors and Phélim Mac Cafferty, Tom Druitt, Sue Shanks, Pete West and Siriol Hugh-Jones for the Green group of councillors, the parties agreed that

“These areas are initially

“The opportunity to work together on other policy areas remains. Both groups are open to considering how.

“This memorandum of understanding sets out the details of how the parties will work together in these areas.”

The next sections of the document set out the “aims and objectives” and the “working processes” of the agreement, reflecting Labour’s position as the larger of the two parties at the time.

It said: “The overarching aim of this arrangement is to work together proactively and with all the city’s interested groups

“Labour group undertakes to seek early input (ie, before any such proposals go before the Constitutional Working Group) from Green group on any plans to revise

“In the working of the Housing Committee, the Environment, Transport and Sustainability Committee and the Tourism, Equalities, Communities and Culture Committee, the parties agree to adopt the following working mechanism.

“The Labour group’s chair of that committee shall invite the Green group’s spokesperson to a meeting to discuss planned reports or areas of work that align (with the areas identified) in time for any changes to be communicated to officers.

“These meetings are regarded by both parties as being confidential unless otherwise agreed and any council papers or documents shared in said meetings shall be treated as confidential and shall not be released or the information used for any public purpose without the express agreement of the relevant chair.

“Both parties will endeavour to work collaboratively as follows

“The initial timeframe for these activities will be the period until the end of the current administration.

“Activities will be reviewed at monthly meetings … to ensure that they are being delivered as agreed and that they are having the intended impact.

“The parties resolve to work together in a spirit of mutual respect and ensure good communication in the spirit of this agreement.”

The next sections set out more detail about monitoring and disputes. They said: “The parties undertake to set up a monitoring working group comprising nominated individuals from Labour and from the Green Party, including the two party leaders.

“This group will, until further notice, meet at least once a month for the purpose of information-sharing and ongoing monitoring, with the aim of ensuring accountability and performance against milestones.

“Substitutes can be agreed for this meeting where others cannot attend, to ensure that meetings can still go ahead.

“This monitoring group will review the working arrangements set out in this memorandum at least annually in order to ensure the current terms are working appropriately and to identify whether they can be expanded to create further collaboration.

“The working group will co-ordinate the monitoring and report back to their respective parties.

“Should either party fail to comply with any clause of this memorandum of understanding, the other party may convene a special meeting of the monitoring working group with a view to resolving the dispute.

“Should either party not be satisfied with the outcome of such meeting it may unilaterally withdraw from this arrangement.”

Two sections near the end of the document dealt with confidentiality and communications. They said: “Unless otherwise agreed elsewhere in this memorandum, the parties agree to keep the content of any monitoring or negotiation meetings by the working group confidential.

“Where the parties agree to release any information about these meetings they will do so sensitively and collaboratively and will agree this in advance.

“In covering issues (in the areas identified), party spokespersons are offered the opportunity to contribute to council communications in which Labour committee chairs provide lead comments and Green group spokespersons contribute comments.

“This document, or a version of the same, should be shared with the executive leadership team and head of communications and other identified officers to facilitate their understanding of the relationship between the two parties.”

The document ended with a “disclaimer” which said: “It should be noted that by signing this document or by working together as specified above, the parties are not committing to legally binding obligations.

“The parties will remain independent of each other. More specifically, this arrangement does not create a coalition or confidence and supply agreement between the parties.

“Their collaboration under this memorandum will be limited to the areas specified … and neither party will be authorised to enter into a commitment for or on behalf of the other.”

One councillor said that the agreement to work more closely together reflected in part the common ground in the pre-election promises of Labour and the Greens last year.

Neither party won a majority of the 54 seats on the council in the local elections held in May 2019 but Labour won 20 seats and the Greens 19.

Two Labour councillors have since become independents, leaving the Greens as the largest party.

The Greens took over the political administration of the council in the summer and the agreement has continued along the same lines as before.

But another reason for closer working is the criticism contained in a peer review report in 2017, commissioned by the council, which described the current “committee system” as not fit for purpose.

The Local Government Association (LGA), which carried out the review, said: “There is a view that the council’s committee system is not fit for purpose and does not allow for timely decision-making.”

The system of decision-making by committee has been restored twice since the council was created in the 1990s – most recently in 2012 during the first Green administration.

The change followed complaints that the “cabinet system” sidelined most councillors, especially those from opposition parties.

However, since 2003, when the number of seats was reduced from 78 to 54, no party has managed to secure a majority and overall control of the council.

This has made it harder for the largest party to govern with any degree of certainty unlike under the cabinet system which was almost universally adopted up and down the country in the first years of this century.

The 2017 review recommended a “re-set” in Brighton and Hove. What a “re-set” might involve was not explicitly spelt out but some took it to mean that the council should adopt the cabinet system again or even consider having an elected mayor.

In contrast, a previous peer review praised the way that the committee system worked in Brighton and Hove – and a growing number of other councils have scrapped cabinets and revived decision-making by committee. 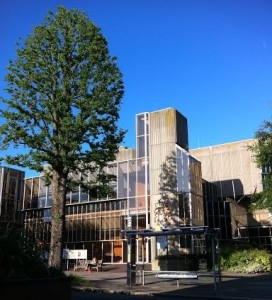 The government has been keen to encourage councils or more commonly groups of councils to concentrate decision-making in the hands of one person – an elected mayor.

A referendum in Brighton and Hove in 2001 overwhelmingly rejected the idea, with 62 per cent voting against it.

But for now, the Conservatives in Brighton and Hove remain the smallest of the three parties with 12 seats and frustrated by what they regard as the Green and Labour coalition.