A senior NHS nurse from Brighton told MPs about deficient equipment given to her colleagues in the early stages of the coronavirus pandemic. 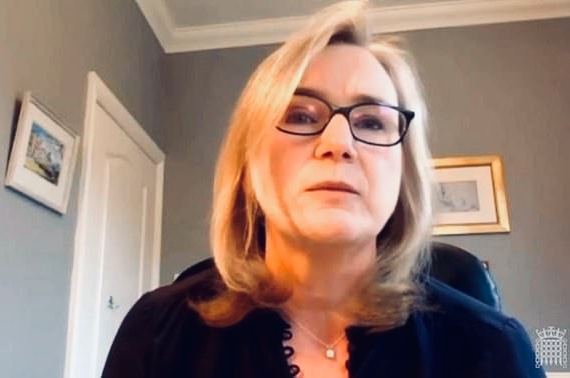 Emily McWhirter, 52, said that frontline staff were given masks with rotten elastic, a box of gowns infested with insects and personal protective equipment (PPE) that had expired.

Dr McWhirter who was head of nursing, operations and trauma at Brighton and Sussex University Hospitals, the NHS trust that runs the Royal Sussex County Hospital, in Brighton, from 2011-13.

She gave evidence on behalf of the Royal College of Nursing about equipment problems affecting healthcare workers during the coronavirus crisis.

At times there were gasps and sharp intakes of breath from MPs on the Public Accounts Committee as Dr McWhirter, a nurse for more than 30 years, addressed them over a video link.

She told MPs that expiry dates had been covered up on items of protective equipment delivered to her hospital.

She said: “We did receive some … and the expiry dates were covered over with new dates because the products were already expired.

“So they had put a new date on and they said it was still safe.

“As a leader in an organisation where giving expired equipment, using expired equipment or giving an expired drug is tantamount to a significant risk, it’s an error for nurses, and all of a sudden we’re saying to them it’s ok for you to use expired stock for yourselves – it really undermined the kind of safety we try to promote.”

The Commons committee, which has started an inquiry into the government’s procurement and supply of PPE, heard evidence from a number of healthcare witnesses on Thursday (10 December).

Dr McWhirter, who has also worked for the local air ambulance and as director of nursing at the Royal Hospital for Neurodisability, said: “We did receive some stock where the elastic of the masks was rotten and every time you put it on they just broke. You couldn’t use them. They didn’t create any sort of seal.

“So while some stock did come through, some of it was of poor quality and created another layer of complexity for staff.”

Dr McWhirter, who said that her hospital had used the NHS supply chain for PPE, told MPs that no guidance had been given on whether expired items of equipment were still working and effective.

She said that the hospital had conducted its own tests on the items.

Dr McWhirter said that the supply of PPE began to improve at the start of May and worked well from then onward.

Before that point, she had ordered equipment which “never appeared”.

And, she said, it had just fizzled out as the weeks passed in March.

“Our absolute pinch point with running out,” she said, “was over the Easter weekend. We had enough on Easter Sunday (12 April) to last until 7pm. And then I had absolutely nothing in terms of gowns to provide protection for my staff.”

Dr McWhirter said that not having adequate PPE for her colleagues over the Easter weekend made it “the most stressful weekend of my entire nursing career, trying to find equipment to keep my staff safe so that they could look after the patients that we needed to deliver care to”.

She added: “It was absolutely the most frightening thing I have had to do as a nurse.”