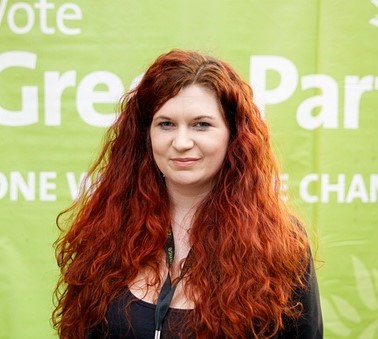 Brighton and Hove primary schools have been told to move to online learning when term starts again on Monday, as covid cases continue to rise.

The rate for the city to December 30 is now 492.4 – with a peak of 341 cases on 29 December. The rate has increased almost 60% from the previous seven day period. These figures are likely to go up as more cases are recorded against those dates.

This afternoon, Brighton and Hove City Council held an emergency meeting and has now announced it is advising all its schools to implement remote learning.

As before, vulnerable children and the children of key workers should still be able to attend in person.

Within minutes of the announcement, local primary schools were emailing parents to tell them they were not going to be opening.

One school told parents to expect learning to move online for at least two weeks.

Another asked key workers to only send in children if there was no other possible childcare available – for instance, from a non-keyworker parent – in order to minimise risk.

A third reassured parents that schools are in a much better position to provide home learning than when the March lockdown started.

The council is not advising secondaries to change from the current arrangements, for years 11 and 13 to return on January 11 and other years on January 18, after mass testing.

Nurseries are also being advised to open, in line with government guidance.

Councillor Hannah Clare, Chair of the Children, Young People and Skills Committee said: “As a council, we want all schools to be fully open. However, we need to keep children, school staff and the wider community as safe as possible.

“Therefore, Cllr Phélim Mac Cafferty as leader of the council, has today written to Gavin Williamson, the Secretary of State for Education to ask him to include primary schools in Brighton & Hove in the list of schools that have moved to remote learning.

“Because of this belief, we have also written to primary schools in our city to advise them that we believe they should move to remote learning until Monday, 18 January.

“Our published data – up to 27 December – shows that the rate the rate in Brighton and Hove has increased by more than 500 per cent since we came out of lock down at the beginning of December. It is currently 388 per 100,000.

“However, the early indications are that this sharp increase is continuing and we will approach rates of approximately 500 per 100,000 in the next few days.

“This rapid increase is mirrored in the rates in our children and young people. The city’s all ages pattern is similar to that previously seen in urban areas of Kent and East Sussex

“We therefore must do this to protect our NHS from being overwhelmed and ensure that our city’s children, school staff and the wider community are kept as safe as possible.

“We know that there will be sacrifices that have to be made as a result of this and that many families will now face challenges in finding the right childcare on a short time frame. We are sorry this is the case.

“The Government has left us to make this decision that it is not brave enough to face and we hope to see a change of heart from them for primary schools across the south east.

“Until then, we will work with our city’s primary schools to ensure they are supported in providing remote learning, while remaining open to the children of key workers, and vulnerable children.

“In the next two weeks, we will use this time to seek urgent clarity from Government on how it will ensure that school staff are vaccinated as a priority.”

Earlier today, the city council’s Labour group also released a statement calling for schools not to reopen. It said: “In view of warnings from eminent scientists of an ‘imminent catastrophe’ unless the whole of the UK is locked down and given the significant rise in COVID infections caused by the new variant, we are extremely concerned about the increased risk to life and the unprecedented pressure on the NHS.

“In this context, we would urge the city’s Green Administration to advise primary schools not to open on 4th January. Schools should remain closed until a safer environment can be created and until the risks to children, families and staff can be effectively contained. The closure should apply to all children, apart from children of key workers and those recognised as the most vulnerable.

“A longer period of online working for all school and college students could help suppress virus levels and buy time both for the roll out of the vaccine and to put in place measures that can keep schools safer.

“We have 65 fantastic schools in Brighton and Hove and we are all very proud of the hard work their staff have put in during an extremely challenging and extended time. We realise how vital schools are for education, mental health and wellbeing, and safeguarding.

“However, the situation that we face is unparalleled, and the lives of children and staff and the wider community including parents, grandparents and carers remains our utmost priority.”