Brighton and Hove Albion striker Viktor Gyokeres has returned from a spell with Swansea City but will immediately head back out on loan. 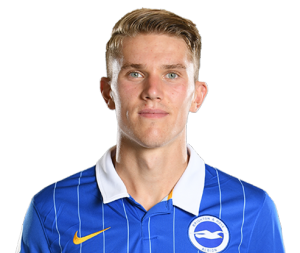 Gyokeres, 22, is heading to Championship club Coventry City for the rest of the season.

The Swedish forward will link up again with fellow Albion team-mate Leo Ostigard, who is also on loan with the Sky Blues.

Albion technical director Dan Ashworth said: “Viktor has spent a valuable few months with Swansea but, with the competition for places there, he hasn’t played as much football as he would have liked.

“This move to Coventry will hopefully give him the opportunity to get more first-team minutes.

“David Weir and our loans team will be keeping close tabs on Viktor’s progression and we wish him all the best for the second part of the season.”

Gyokeres scored once in 12 appearances for the Swans, finding the net in their 2-0 FA Cup win over Stevenage at the weekend.

He spent last season on loan at St Pauli – alongside Ostigard – scoring seven times in 28 appearances for the German club.

He has made eight appearances in cup competitions for the Seagulls, scoring once in the 4-0 EFL Cup victory against Portsmouth earlier this season.