Landmark tree set to be felled because of fungal decay 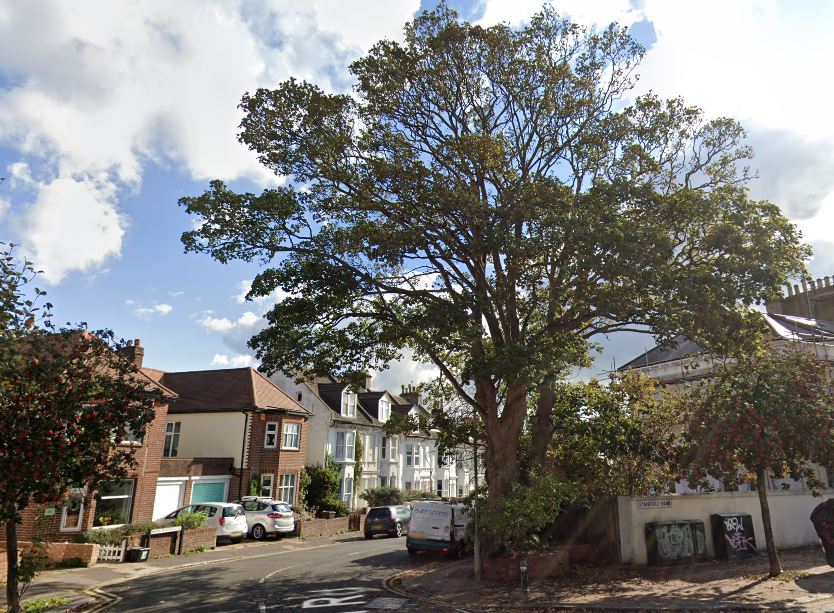 A nature-lover aghast at the prospect of a landmark sycamore being felled climbed into its branches to stop tree surgeons yesterday – but sadly, fungal disease means it must come down.

The Prestonville resident acted when council officers turned up at the mature tree at the corner of Stanford Road and Hamilton Road on Thursday morning after reports it had become unsafe.

The tree wasn’t felled yesterday – but the council is now writing to neighbours to tell them why it has to be felled.

The sycamore is riddled with fungi that has caused extensive decay to the trunk, which means that if left, it will eventually fall into the road.

The tree, which will be taken down in around two weeks, looks in fairly good health. But the decay is mainly at the back of the tree and cannot be spotted easily by passers-by.

Local ward councillor Leo Littman said: “It’s a great shame that this magnificent tree must be removed, but sadly our tree experts know there’s no other choice.”

The council’s tree planting officer will liaise with community organisations and the three ward councillors – Cllr Amy Heley, Cllr Siriol Hugh-Jones and Cllr Littman – on options to replace the tree.

Cllr Littman added: “Let’s hope that in time it’s replacement will also become a focal point for the area.”