A charity foundation set up by a Brighton-born footballer has plans to refurbish a ground in Fishersgate and turn it into a community hub. 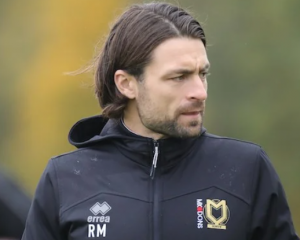 The Russell Martin Foundation has agreed a 25-year lease on the Southwick FC ground in Old Barn Way.

And the makeover is being backed with £50,000 from Adur District Council, drawing on a £1.35 million “developer’s contribution” from Brighton and Hove Albion linked to the club’s training ground at Lancing.

Russell Martin, 35, is the manager of the MK Dons, in League One. The former Varndean School pupil played as a defender for Wycombe Wanderers, Norwich City and Glasgow Rangers.

Martin, who was once an Albion youth player, also made 29 appearances for Scotland. His father is Scottish.

Martin’s charity intends to spend the council cash on better floodlights, roof repairs and rebuilding walls at the rundown ground.

It is the start of a project to transform the ground into a community football hub, promoting health, wellbeing and education.

Councillors were told that the money would be spent on essential maintenance and repairs.

Officials said that since the council had taken back the site, it had had to undertake emergency repairs.

These included removing one of the floodlights, removing the roof of the main stand and providing shutters to close off sections of the site.

There had also been a number of security issues at the site and continuing vandalism. 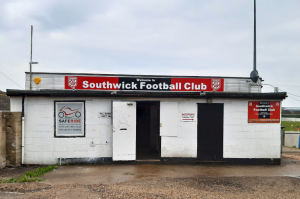 A report to councillors said: “The earlier the site can be occupied, the sooner the council can reduce its costs in dealing with security issues, paying non-domestic rates and the community can start benefiting from the facility.

“It is therefore considered that the proposal to use section 106 (money) for this project would pump-prime investment into the site and help deliver the foundation’s proposed programme of sporting, health and wellbeing activities.”

The Albion’s section 106 payment was agreed in 2013 when the club was granted planning permission for its training ground in Lancing.

It has also gone towards the cost of a skateboard park in Lancing, improvements to the courts at Southwick Tennis Club and nets for Southwick Cricket Club.

The Russell Martin Foundation, which is based in Southwick, has also agreed to offer the newly reformed Southwick Football Club (1882) the chance to use the ground for home matches, supporting the ambition to return affiliated football to Old Barn Way.