Labour has selected a university lecturer as the party’s candidate for the Patcham by-election next month.

Psychology lecturer Bruno De Oliveira is due to contest the seat left vacant with the resignation of Conservative councillor Lee Wares, who has moved to be closer to his elderly parents.

Mr De Oliveira, who has lived and worked in the ward, said: “For too long the residents of Hollingbury and Patcham have been forgotten – ignored in favour of areas closer to the city.

“They need a strong voice to speak up for them. I will be that voice.

“As somebody who knows the area, I have witnessed the amazing sense of community spirit that has seen us through the challenges of the last year.

“However, I fear the impact of even more austerity measures. Hollingbury and Patcham needs councillors prepared to defend our local services, protect our home owners and tenants and combat the climate crisis – somebody who will stick up for our families and young people, the elderly and self-employed.”

Councillor Nancy Platts, the leader of the opposition Labour group on Brighton and Hove City Council, said: “I am delighted that Bruno has been selected as our candidate for Hollingbury and Patcham.

“He is a great campaigner and will be a strong voice for people who live and work here.

“Bruno will bring great insight and expertise on tackling disadvantage which Labour has made a key priority as we recover from the pandemic.”

The party said that Mr De Oliveira had contributed to a United Nations report on poverty in Britain.

He had also led successful projects providing health care to the most vulnerable in Brighton and Hove, the party said, and worked with projects to find ways to protect victims of domestic violence.

Mr De Oliveira said: “My first ever volunteering opportunity was at All Saints Church in Patcham, working with young people from the local schools.

“While working with the St John Ambulance, in Hollingbury, one thing that always concerned me was the lack of support that community organisations such as the Old Boat Corner Community Centre (OBCCC) got. Hollingbury can no longer be neglected. 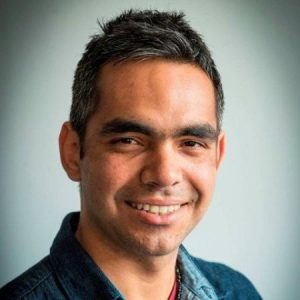 “I wish to thank former Councillor Lee Wares for his ‘community first’ approach and I will strive to work just as tirelessly on behalf of all the residents of Hollingbury and Patcham.

“My priorities will be protecting our local services from austerity cuts, combating the climate crisis and supporting all our residents.

“I would be honoured to serve all the residents of Hollingbury and Patcham, responding to their concerns and representing this fantastic ward.”

Mr De Oliveira completed his doctorate – a PhD or doctor of philosophy degree – at Brighton University and volunteered with homeless charity Emmaus.

He is up against Conservative candidate Anne Meadows, who previously represented Moulsecoomb and Bevendean for Labour.

The Green candidate is Eliza Wyatt and the Liberal Democrats have selected Madelaine Hunter-Taylor.

Election day is Thursday 6 May.