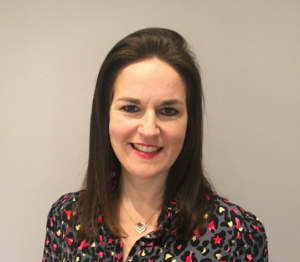 Each candidate was sent questions which were submitted by community groups and voters. Below are the responses from Conservative candidate Emma Dawson-Bowling, who is better known by her maiden name Emma Hogan.

To protect the urban fringe in Hollingdean and Stanmer from development.

One thousand and two residents who signed a petition opposing the development of Coldean Lane were ignored by their own Labour/Green councillors, who voted against them.

I am standing to give residents their voice in the council.

The ward has been neglected by Labour/Greens, with many parts of the public realm in a poor condition.

The council has a £1 billion budget and I want to see us getting our fair share of attention.

As a doctor working within the NHS locally, I came to realise that mental health problems tend to arise from the environment – local environment. Improve that and with it people’s wellbeing.

What we all want ultimately is to be happy and healthy. I would look to find ways to make changes to the environment using both my professional skills and local knowledge. I also believe that if decisions are being made about our health, a doctor should be at the table.

In my day job, I often have to advocate for my patients who may be experiencing mental health issues but also adversity – homelessness, mental or physical health problems, addictions, poverty, difficulties with their families.

I often meet these people when they are at their lowest point and looking for help. I have developed the resilience and skills needed to do this and I would use these skills to speak up for the needs of all residents of Hollingdean and Stanmer.

Development in the city centre on brownfield sites leads to less pollution not more – houses are closer to services, so reducing the need for cars.

Conversely, Labour and Greens’ policy of developing on the Hollingdean and Stanmer urban fringe will create more pollution, as residents will need to commute by car to the centre.

As the council’s own statistics show, there are more than enough brownfield sites to meet the city’s minimum housing target without building on the urban fringe.

As a councillor, I would ensure that a notice of motion is brought forward at the June full council meeting to kickstart an action plan for Saunders Park.

The Labour/Green Council has wasted 76 per cent of its debating time for notices of motion raising national and international matters.

I would make sure that all time and effort spent at council is devoted to local matters, not matters outside the council’s control. Saunders Park residents would no longer feel overlooked.

I would be concerned generally about the principle of concreting more green space for a car park which may not be used – especially given the amount of previous natural green space that the Green Party and Labour are concreting over at present, as part of their housing coalition arrangement.

Any park and ride scheme must not impact on the urban fringe in Hollingdean and Stanmer ward, and I would fight to make sure this green space is protected.

The Labour/Green approach of penalising car use is not the way to increase transport equality.

Under the Labour/Green Council, we have seen car parking permit prices rise and parking charges introduced at parks such as Stanmer – but this only hurts local residents.

The cycle lanes introduced along Madeira Drive and the A259 also discriminated against those with a disability.

Only integrated transport planning will help improve transport equity – and that includes a place for car drivers in the city.

It is well known that Conservative councillors have had success in campaigning for improvements to playgrounds.

The main reason is they don’t focus on ideological issues such as nuclear disarmament in the city of Brighton and Hove but spend time on council matters.

In budget negotiations, the Conservatives delivered £7.177 million to improve the state of the city – compared to under £500,000 achieved by Labour and Greens.

As a Conservative voice for Hollingdean and Stanmer, I would do the same.

Being the mother of a teenage daughter myself, I often hear about changes she would make to improve her environment.

I would ask all local teenagers to have their say and hopefully their longer-term involvement in any schemes we started together.

Meanwhile, there are many fantastic local organisations in the ward, which I know well through my work as a doctor in mental health.

I would promote these locally and ensure teenagers are aware of opportunities already available.

As a responsible dog-owner myself, this is a problem I see on a daily basis.

It is a huge health hazard but easily sorted. The answer – more bins. Simple.

The Conservative group on council has a major focus on improving the state of the city and, as part of the £7.177 million secured through budget negotiations, managed to secure replacement bins.

The council issued only one fine for dog fouling in six months, suggesting there is also an enforcement problem.

It is well-known that the refuse and recycling collection service in Brighton and Hove is well behind those of the other surrounding local authority areas, none of which are run to the far-left principles we see here.

Bringing the in-house service into the 21st century to stop waste mismanagement, overspends and the general lack of morale at Cityclean is desperately needed.

As a doctor working in mental health locally, I would describe myself as a good listener, an advocate, and if I cannot sort it, I’ll find someone who can.

I will do whatever is necessary to achieve this, either working with individual local residents or local groups.

I hope residents will support me to be the Conservative voice for Hollingdean and Stanmer ward.

I will properly represent the views of local residents, voices which have been ignored for too long.