Goldstone Primary School and Downs Infant School appealed to the schools adjudicator when they were ordered to reduce their intake from September next year by Brighton and Hove City Council.

The schools criticised the quality of the council’s consultation process, highlighted the adverse financial implications and said that the move would limit parental choice.

The two schools were among eight primaries and one secondary in Brighton and Hove to face a cut in their published admission number (PAN) from next year.

The decision was taken by the council’s Children, Young People and Skills Committee in January because local schools have hundreds of spare places and, without action, the number is expected to rise.

The council forecast 325 spare places this September, rising to 744 by 2024 if it did nothing. Its estimate were based on the number of newborn children registered with a GP.

Governors at Downs Infant School, in Ditchling Road, Brighton, questioned how “genuine” the consultation process was when it appealed against the council’s decision.

The appeal followed a campaign during which parents set up a website to encourage people to take part in the consultation.

The school, rated outstanding by Ofsted, is oversubscribed and said that cutting a class to reduce its intake from 120 to 90 would “cause a breach of the requirements of equalities legislation as it will reduce the number of places available to children from minority ethnic backgrounds and those in receipt of free school meals”.

Schools adjudicator Deborah Pritchard said in a report that the governors had highlighted the effect on future numbers at Downs Junior and questioned whether the consultation was “genuine”.

According to Ms Pritchard’s report, the schools governing body said that the consultation process was “wide-ranging but vague and illogical”.

They claimed that the decision had been made before the consultation, pointing to comments made at a virtual consultation meeting with parents and staff by Green councillor Hannah Clare, who chairs the council’s Children, Young People and Skills Committee.

The report quotes Downs Infant School governors as saying: “We were also surprised that the councillor in charge of the Children’s Committee, which ultimately made the decision to reduce the PAN, attended one of the Downs Infant School consultation meetings to defend the decision to reduce the PAN, presenting it to the audience as a decision which had already been made, rather than a matter they were genuinely seeking input and views to consider before making their final decision.” 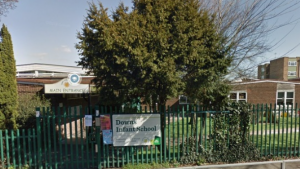 “This may be the case, but the consultation did meet the requirements of the code except with regard to consulting with all admission authorities. I therefore partially uphold this part of the objection.”

The adjudicator also noted that more than 120 parents had put the school as their first preference for reception year “for some time”.

She said: “The reduction in the PAN to 90 is designed to increase the numbers at other schools which are less popular and so likely to significantly frustrate parental preference, including disproportionately those with protected characteristics under the Equality Act, without sufficient justification. I therefore uphold this aspect of the objection.”

Downs head teacher Hildi Mitchell was delighted with the decision to keep the intake at 120 pupils.

She feared that cutting admission numbers would result in a loss of diversity in the school, particularly because 40 per cent of its intake consisted of older pupils’ younger siblings.

Dr Mitchell said: “We don’t want to become an exclusive school where it becomes a private school by default where you buy a place by having enough money to have an expensive property. 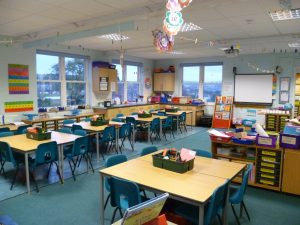 “Looking out of the window I can see such a range of children. It’s important to me to have that. We are inclusive and are proud of being inclusive and we want as many different families here as we can. The tighter the intake becomes, and the smaller number of families we have, we won’t be able to deliver that.”

She did not “market” the school because it was so popular, she said, but still received inquiries from parents moving into Brighton and Hove from London.

Goldstone Primary School, in Laburnum Avenue, Hove, said in its appeal that it was a popular school, rated good by Ofsted, and that reducing pupil numbers from 90 to 60 would affect its finances.

It also raised a lack of formal consultation with its governing body as a reason why the consultation process was flawed.

The adjudicator backed governors’ concerns about the financial effect because the school would be left with a smaller budget if it had fewer pupils. She also said that reducing the intake would limit parents’ choices. 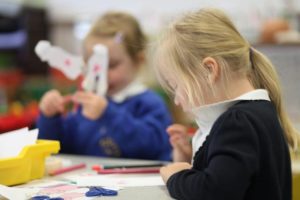 “There was a public meeting (virtually during the covid restrictions) but no consultation with the governors as a group.

“This meant that there was a significant reduction in the quality of opportunity the governors had to ask questions and discuss their overall opinions.”

Ms Pritchard partially upheld the complaint because the governors had responded to the consultation despite the lack of formal communication.

After the decisions, Councillor Clare said that she was disappointed because there were too many empty primary school places in Brighton and Hove.

She said: “A cross-party group of councillors sought to take a whole city-wide approach that supports all the primary schools in the city, not just those who are oversubscribed.

“These decisions don’t recognise the real risk on school budgets from having too many empty places. It is clear that funding on a per-pupil basis means schools that are larger are able to meet costs in a way that schools that are smaller are not.

“The larger primary schools in the city will now continue to benefit to the detriment of smaller ones.”

Councillor Clare said that the council would still need to solve the problem of managing school places in years to come.

She was concerned about the effect on smaller schools which could be at risk of closure.

A total of 802 people responded to the public consultations last October and November, with 416 responses coming from parents or carers of children directly affected by the proposed changes.

More than half – 488 people – disagreed with the proposal to reduce the PANs, compared with 231 or 29 per cent who backed the cuts.

But even more opposed the prospect of closing an entire school, with 78 per cent wanting to avoid any closures while 13 per cent were in favour.

Councillor John Allcock, who speaks for the Labour opposition on the Children, Young People and Skills Committee, said: “We absolutely share the administration’s disappointment with the judgments made by the schools adjudicator.

“All parties came together in a cross-party working group to come up with a city-wide approach to support all local primary schools in dealing with the issue of too many empty places and the impact this has on school budgets.

“The last thing we want to see is smaller schools reduced further or closed altogether but these judgments heighten those risks.

“These judgments will make things more challenging for our smaller primary schools which is really frustrating.”