Thousands of trees set to be removed because of disease 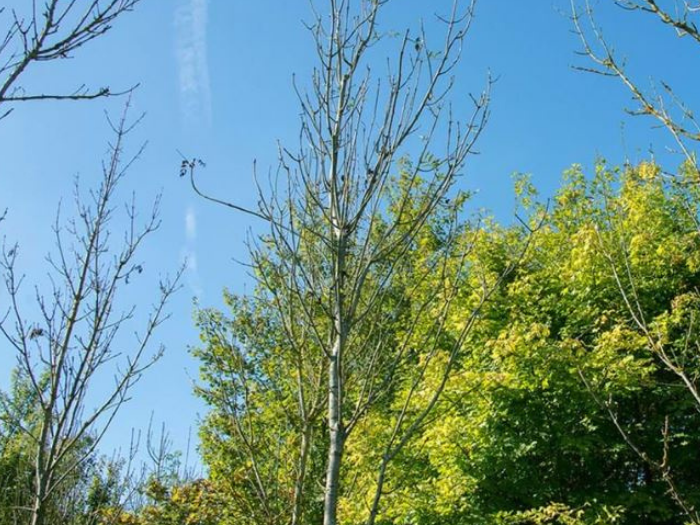 Thousands of ash trees are earmarked to be removed because of a deadly disease which leads to their collapse.

But the fungal disease ash dieback has already left many riddled with infection and if the trees are left unfelled, the council says they could cause serious damage to both people and property.

Work has already started at Coney Hill Woods, next to Mill Road near Waterhall, and Coldean Lane. But to carry out work on the scale needed, the council needs to apply to the Forestry Commission.

Councillor Amy Heley, chair of the council’s environment, transport and sustainability committee, said: “Sadly we have no alternative but to remove a very large number of our ash trees, starting with the ones within striking distance of roads, footpaths and property to ensure public safety.

“We know it will mean a great deal of distress and upset for our residents, but our tree experts, along with other specialists, will try to ensure the effects are kept to an absolute minimum, especially when it comes to the natural habitats of our wildlife.”

The council says the disease is not only affecting ash trees in Brighton & Hove, it’s also killing the species throughout the country, with the worst affected areas being here in the south east of England.

An estimated 75 – 80 per cent of ash trees throughout the country are expected to die within the next five to 10 years.

The felling licence application must also include plans for the restocking, regeneration or improvements to each site before the commission will agree.

The council says while the extent of tree removal is extremely worrying, its tree experts will use this as an opportunity to develop areas with a wider range of species and habitat diversity to cope with diseases.

The experts also believe the tree removals present a positive opportunity for communities to support and influence the regeneration of the woodlands that have been affected by ash dieback.

It is working closely on-site with expert ecologists to minimise any potential disturbance to protected species like nesting birds and bats.

And when deciding when the work should be carried out, the possible disruption to local communities, access issues, and public and private travel concerns will be taken into account.

The council says the safety of the public is its main concern and is and must be at the forefront of deciding when works begin.

It adds that although elm disease is rising, this infection can be controlled as long as its tree experts continue to find infected trees and deal with them in time, although this still results in annual elm tree loses.

Ash dieback, says the council, is impossible to contain and it’s already been forced to take action as it spreads throughout the city.

The symptoms first become visible during early June when the leaves are first emerging. These show themselves as wilting, and dark discoloration on the leaves with elongated lesions developing on the smaller branches.

Eventually the whole crown will become infected with a characteristic ‘crown die-back’ developing over the next few years.

The disease spreads via spores caught in the wind from tiny mushrooms born from the main leaf stalk and has the ability to spread over a ten miles radius within one year. Over longer distances the risk of disease spread is most likely to be through the movement of diseased ash plants and foliage.

On its website, the Forestry Commission states: “If we are to avoid a large-scale deterioration and loss of tree cover in ash dominated woodlands we need to take action, (with) safety works carried out on a scale not seen since the catastrophic outbreak of Dutch elm disease in the 1970s.”

The National Trust has warned that historic trees and woodland which provided inspiration for the likes of Beatrix Potter and John Constable face extinction.

And the Woodland Trust says the disease is likely to wipe out at least 80 per cent of our ash trees.

Some ash trees are tolerant or resistant to ADB and will be retained where possible to help re-stock woodlands with native ash trees.

The council says tree tops will be left on site mostly as a means to feed nutrients back into the cycle within woodland settings and to avoid suppressing ground flora with layers of wood chip. It is also extremely costly to remove felled trees from woodland.

Although this will often result in untidy looking sites, the council says there are benefits in the longer term.

Until ash removal works have been completed within woodlands, town hall bosses are reminding the public, and volunteer and community groups, to be extra careful when in these areas, especially during windy days, due to the potential risk of falling trees and deadwood.

No new licenses for Forest Schools will be granted until works are completed.

It is also recruiting a new member of staff who will be dedicated to managing Ash dieback across the city over the coming years.