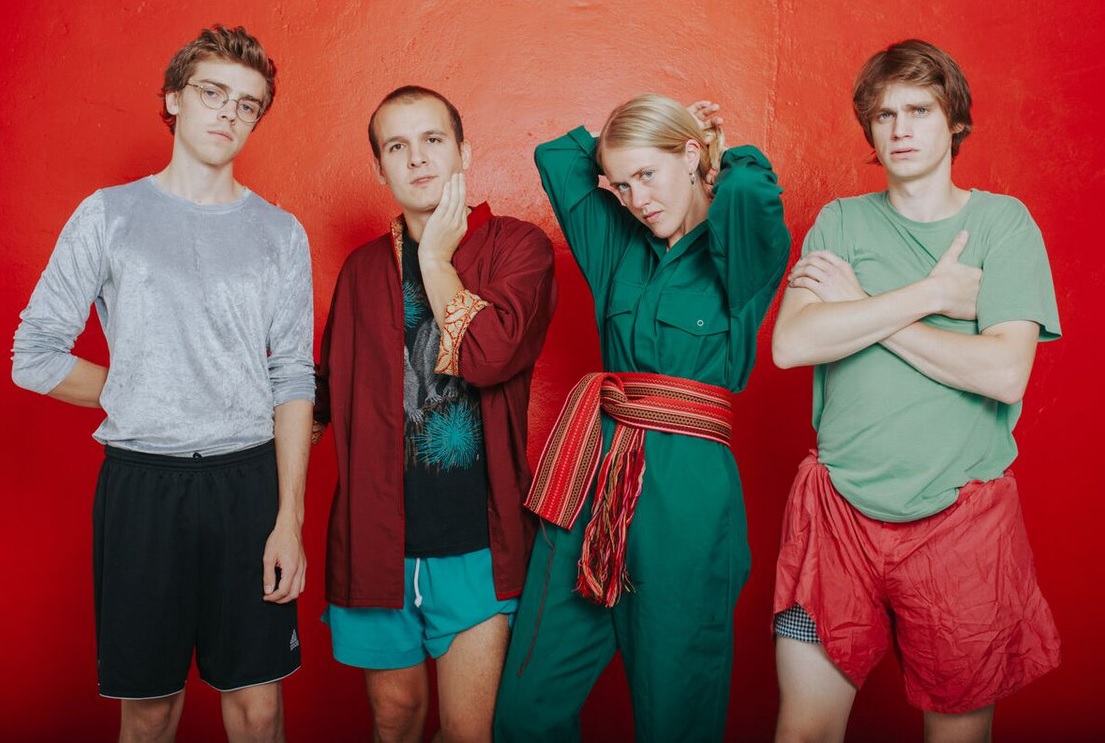 Norway’s finest punk-pop anti-conformists Pom Poko have announced that they will be performing live in Brighton at CHALK, (which is located at 13 Pool Valley, Brighton, BN1 1NJ) on 16th September 2021.

The last time they played Brighton, they sold out two shows at The Hope & Ruin four months prior to the shows!. So it is wise not to hang about if you want to see one of the most amazing live bands out there at the moment. Purchase your tickets HERE, HERE or from Resident music.

The quartet consists of Ragnhild Fangel, Martin Tonne, Jonas Krøvel and Ola Djupvik and they offer the listener pure Norwegian punky sweetness, combined with a punk attitude with a nerdy knowledge of pop history. This therefore makes for an explosive package often compared to Le Tigre, Deerhoof and Duchess Says. Sweet sing-song vocals are mixed with intense grooves, bouncy guitars and crazy riffs, and make Pom Poko a feat to behold live. Reduce the testosterone, increase the sugar rush, and get ready for this K-PUNK explosion. 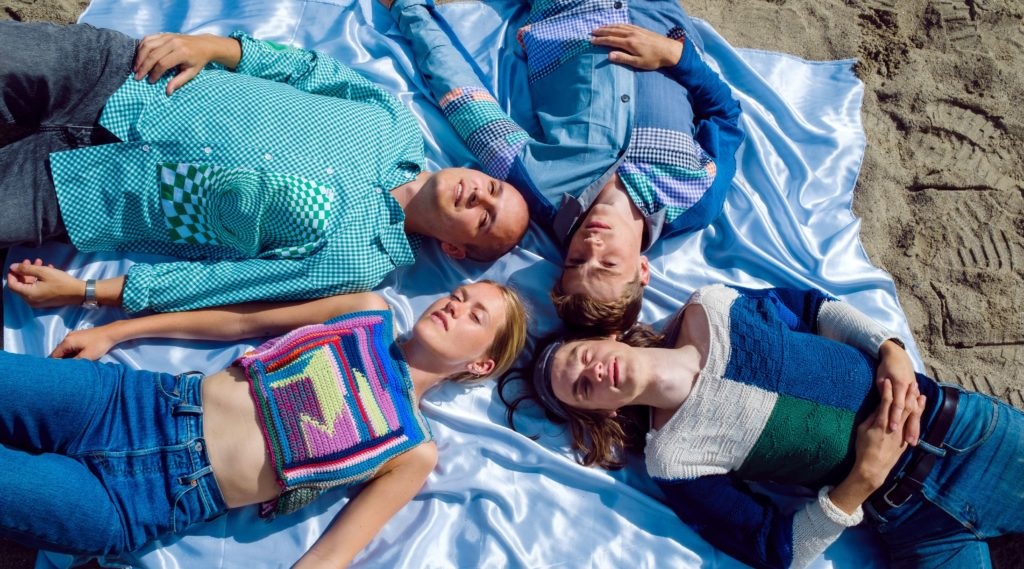 Pom Poko were creating quite a buzz prior to the release of their debut album, ‘Birthday’, back in February 2019. They were praised by the likes Interview Magazine, The Line of Best Fit, The Independent, Clash, DIY, while NME has even picked them as one of the acts to watch out for in 2018.

This certainly didn’t go amiss with Brighton’s very own Bella Union records, who snapped up the band and signed them to the label. At that time Bella Union’s Simon Raymonde said:

“I first saw Pom Poko in Oslo over a year ago when I was visiting my friends in the band Broen. They were playing a tiny club one night when I walked in and I was immediately stunned by how good they were even though my friends were telling me they had only been playing together a short while. I loved that they didn’t sound like anyone else, which is a very rare trait in a new band. What also drew me in so fast was that EVERY member was brilliant to watch. Lots of bands have one or two star performers but this band has FOUR! Exciting to watch, their songs are both physical and cerebral, with that spirit of 1979 that I so love. Kind of like The Slits crossed with the Pixies. I cannot wait to put the debut album out and let the world see them/hear them!”

Mind you Pom Poko were also rather chuffed to have been signed by such a cred label. They stated that:

“We´re absolutely thrilled to sign with Bella Union, a label with such an amazing history and a roster of bands and artists we really love. We are looking forward to sharing new music with everyone and we’re really happy to do so together with the team at Bella Union.” 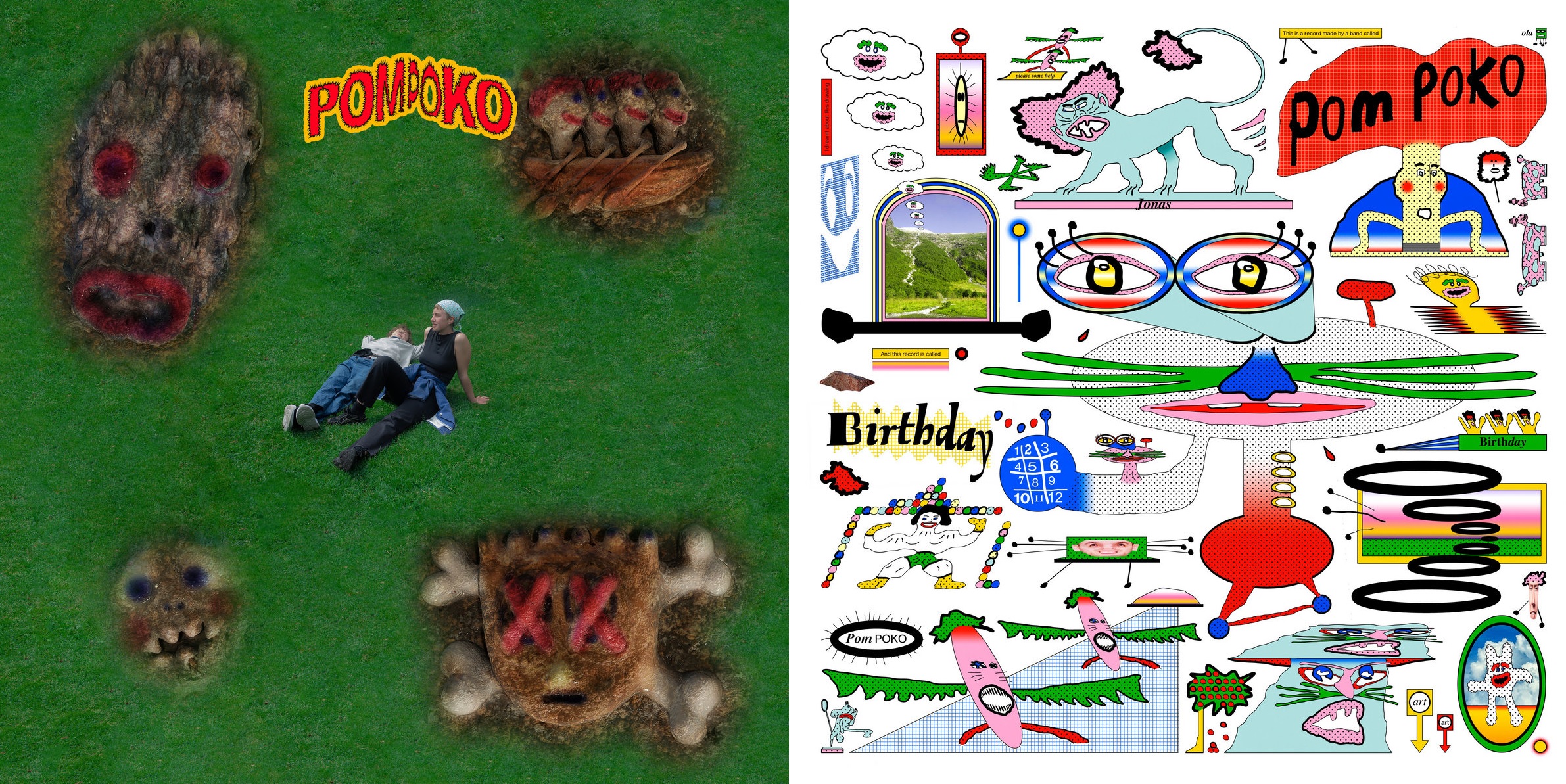 This January they unleashed their latest platter, ‘Cheater’, via Bella Union on limited edition 140g clear vinyl, CD and download – Grab yours HERE.

With this release, Pom Poko most certainly pimped their CV on all fronts. Between the quartet’s sweet melodies, galvanic punky ructions and wild-at-art-rock eruptions, ‘Cheater’ is the sound of a band celebrating the binding extremes that make them so uniquely qualified to thrill: and to fulfil any need you might have for a pick-you-up.

As singer Ragnhild Fangel explains of the leap from ‘Birthday’ to ‘Cheater’, “I think it’s very accurate to say that we wanted to embrace our extremes a bit more. In the production process I think we aimed more for some sort of contrast between the meticulously written and arranged songs and a more chaotic execution and recording, but also let ourselves explore the less frantic parts of the Pom Poko universe. I think both in the more extreme and painful way, and in the sweet and lovely way, this album is kind of amplified.”

Check out the group’s Bandcamp page HERE and for more information on Pom Poko, visit www.pompoko.no 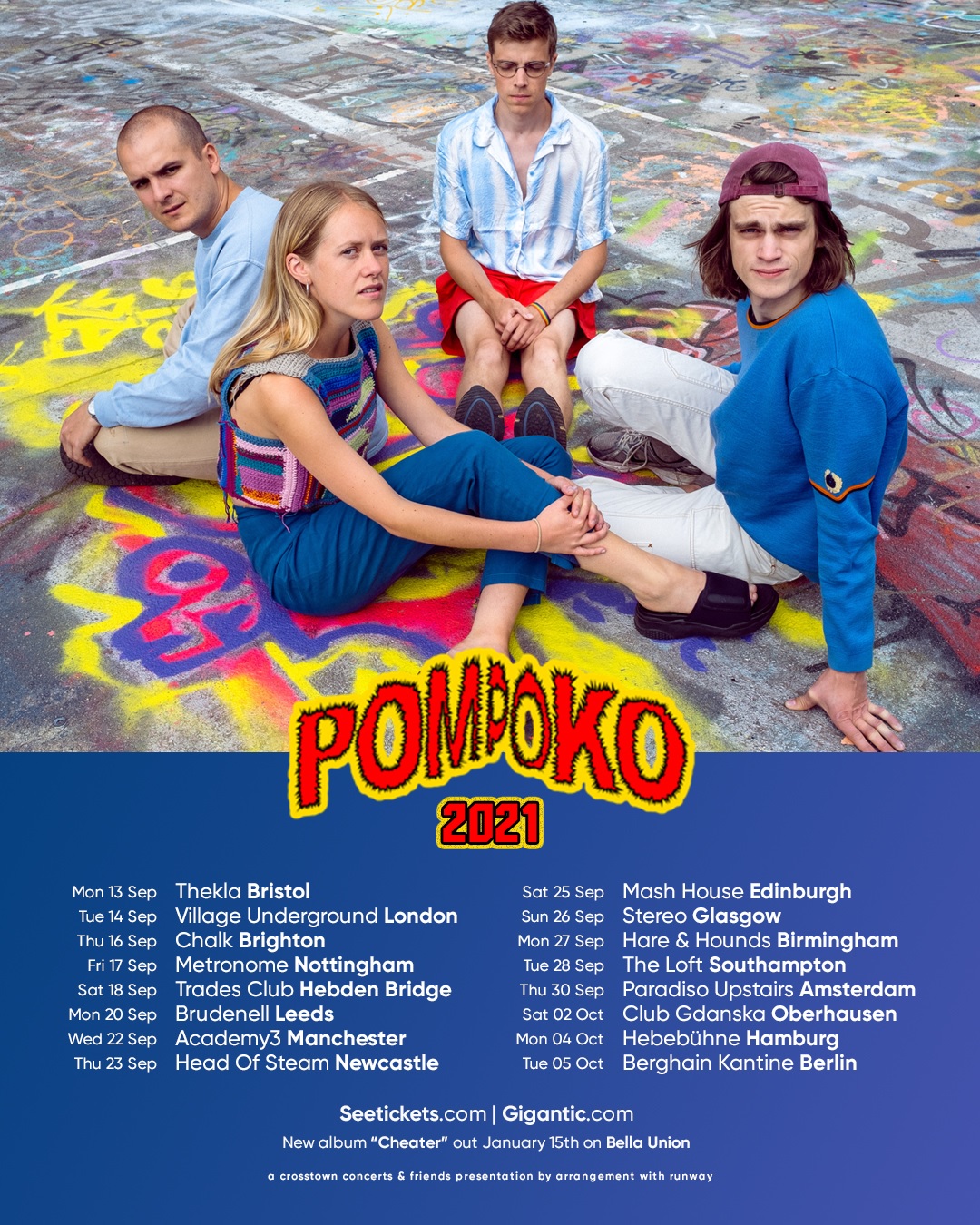