IDistroy, Yur Mum & The Metatrons to play The Prince Albert 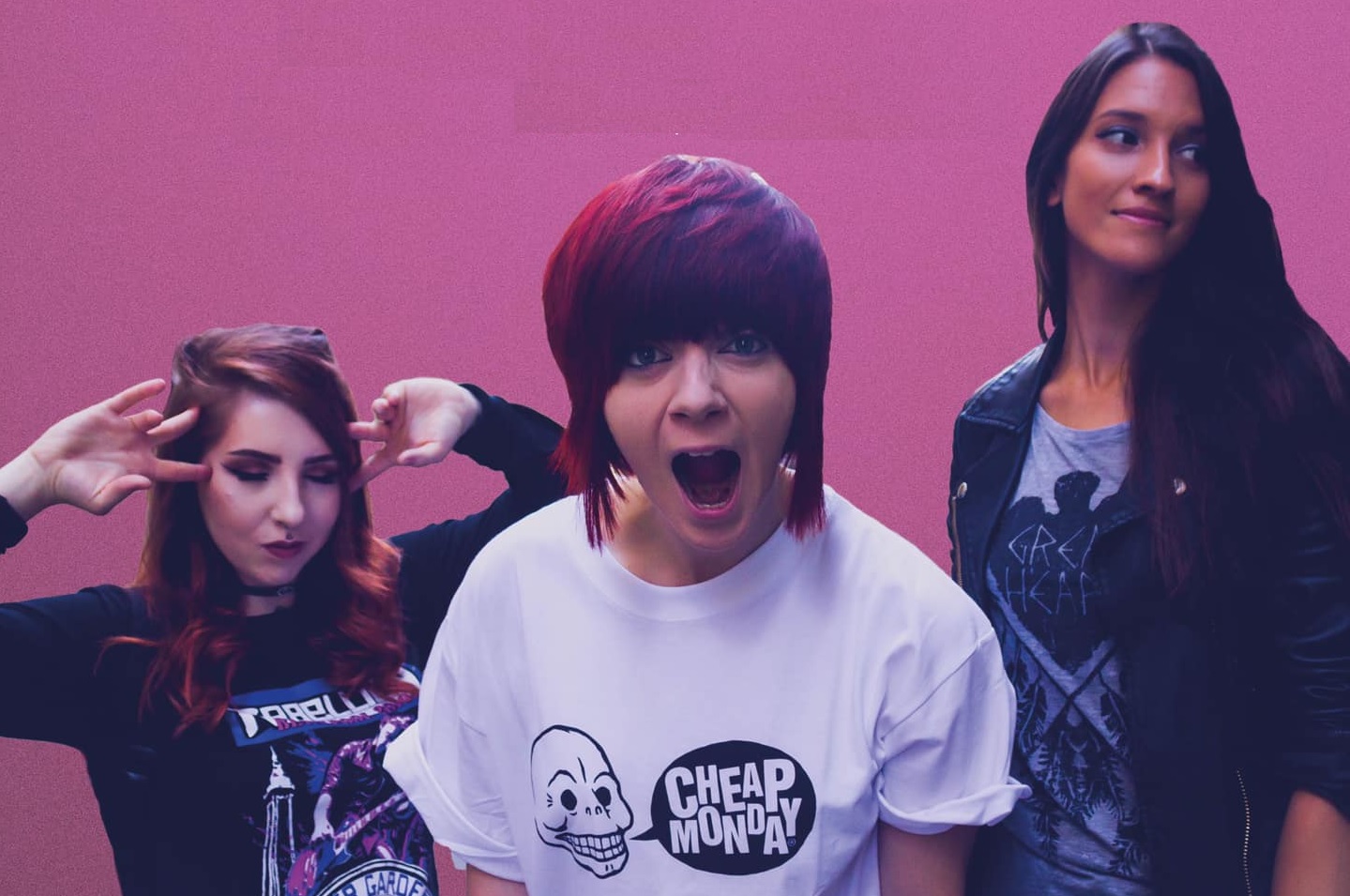 It’s sure going to be a hot one down at The Prince Albert in Brighton on Saturday 31st July, as they have teamed up with Angel Promotions for a sweaty night of entertainment for you!

On the bill are a trio of decent acts that will get your feet, body and mind dancing off those covid blues. Headlining will be IDistroy with support from Yur Mum and The Metatrons. 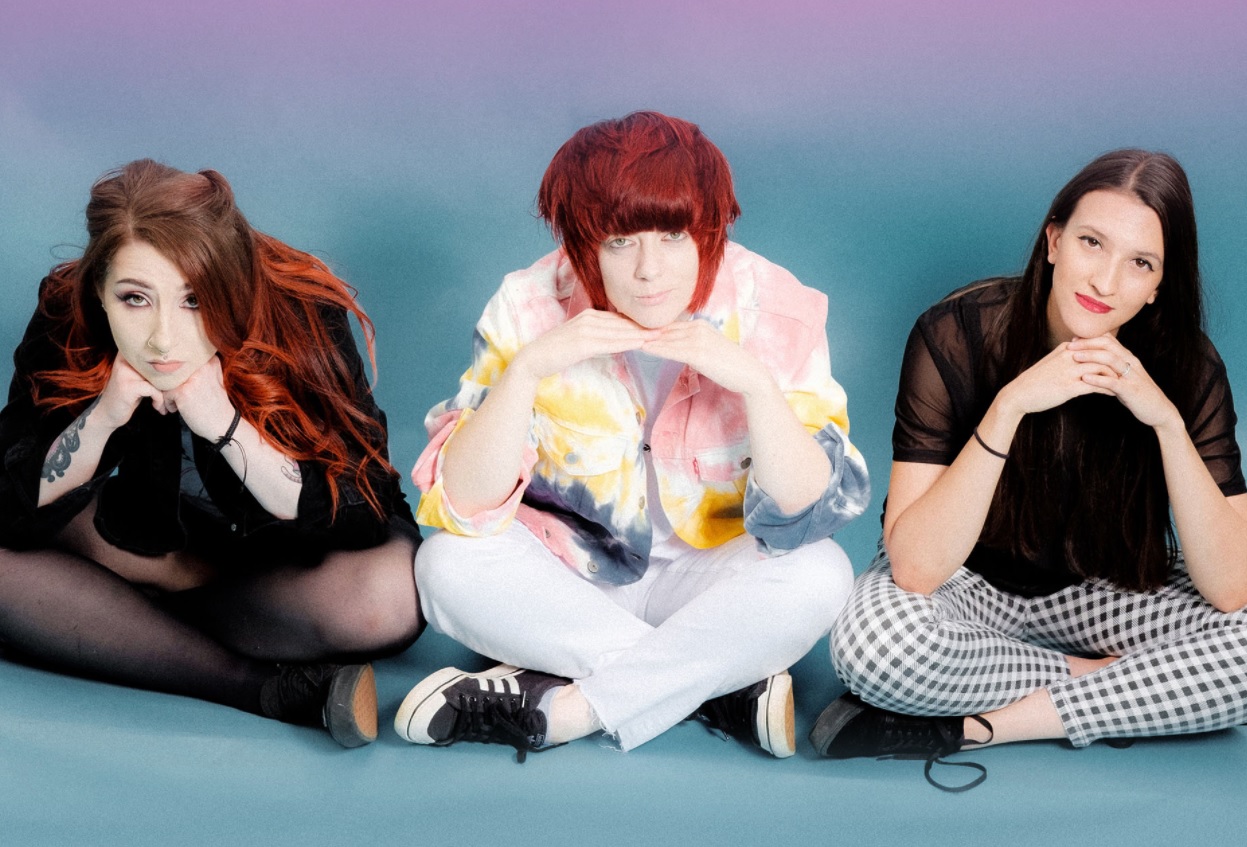 Riotous live shows are IDistroy’s calling card. Since forming in 2015, the trio, who met as students in Bristol, have played more than 300 gigs across the UK, Europe and Asia, selling out shows in South Korea and multiple tours in Germany. 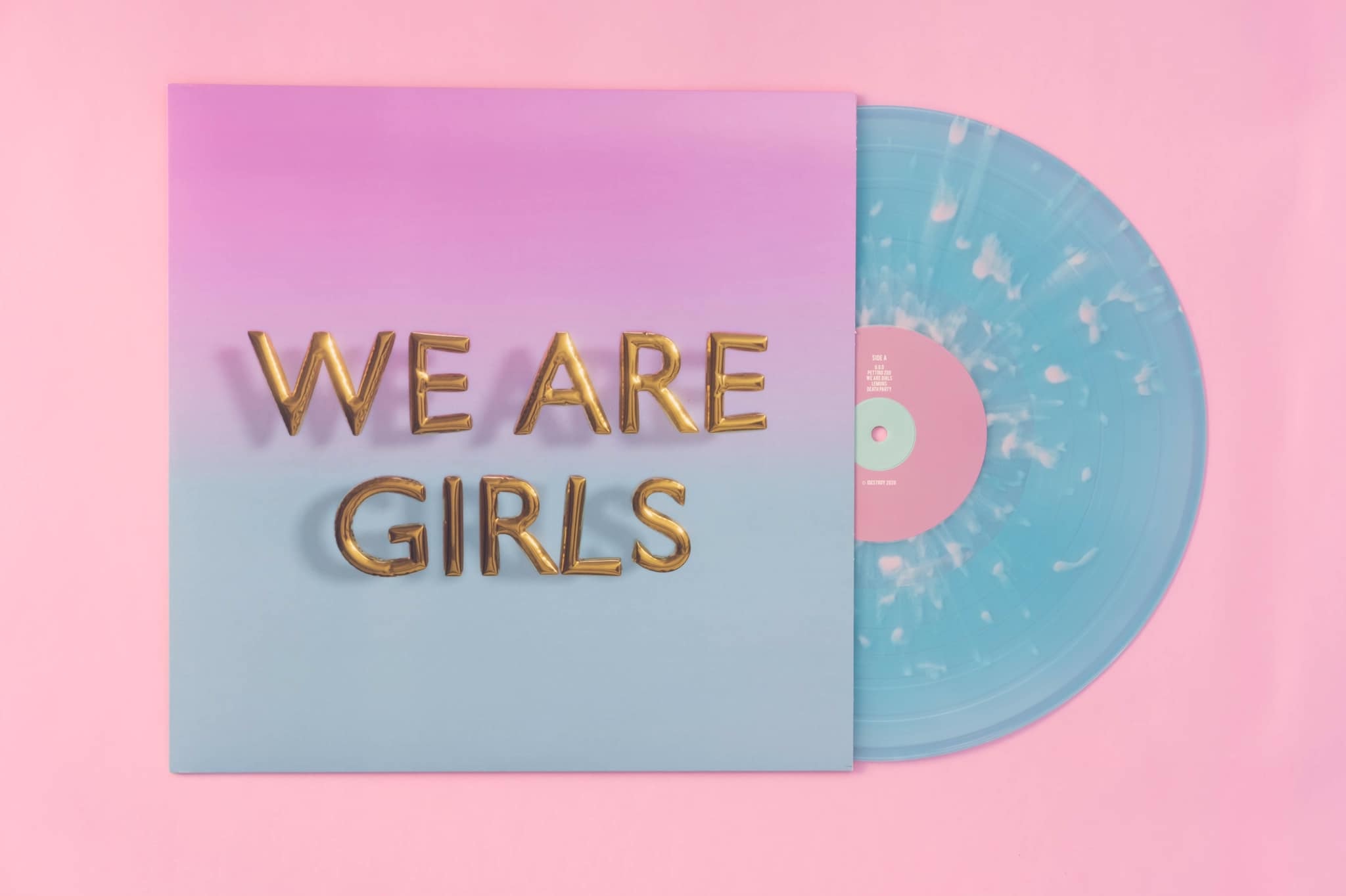 IDestroy’s debut album ‘We Are Girls’

Two acclaimed EPs arrived along the way – 2016’s ‘Vanity Loves Me’ and 2018’s ‘Pure Joy Of Life’ – but debut album ‘We Are Girls’ (out on coloured pink and blue splatter vinyl) marks a significant step up. This scorching singalong sizzler has as much energy as the band live on stage. Or as Kerrang! Magazine puts it: “An explosion of riotous energy that makes you want to get up and throw something, or possibly yourself, across the room”. With The Sunday Times adding “Catchy choruses, caustic wit and clever production that captures their ferocious live sound”. Grab your copy of ‘We Are Girls’ HERE and listen to their music on their Soundcloud page HERE.

Find out more at idestroyband.co.uk 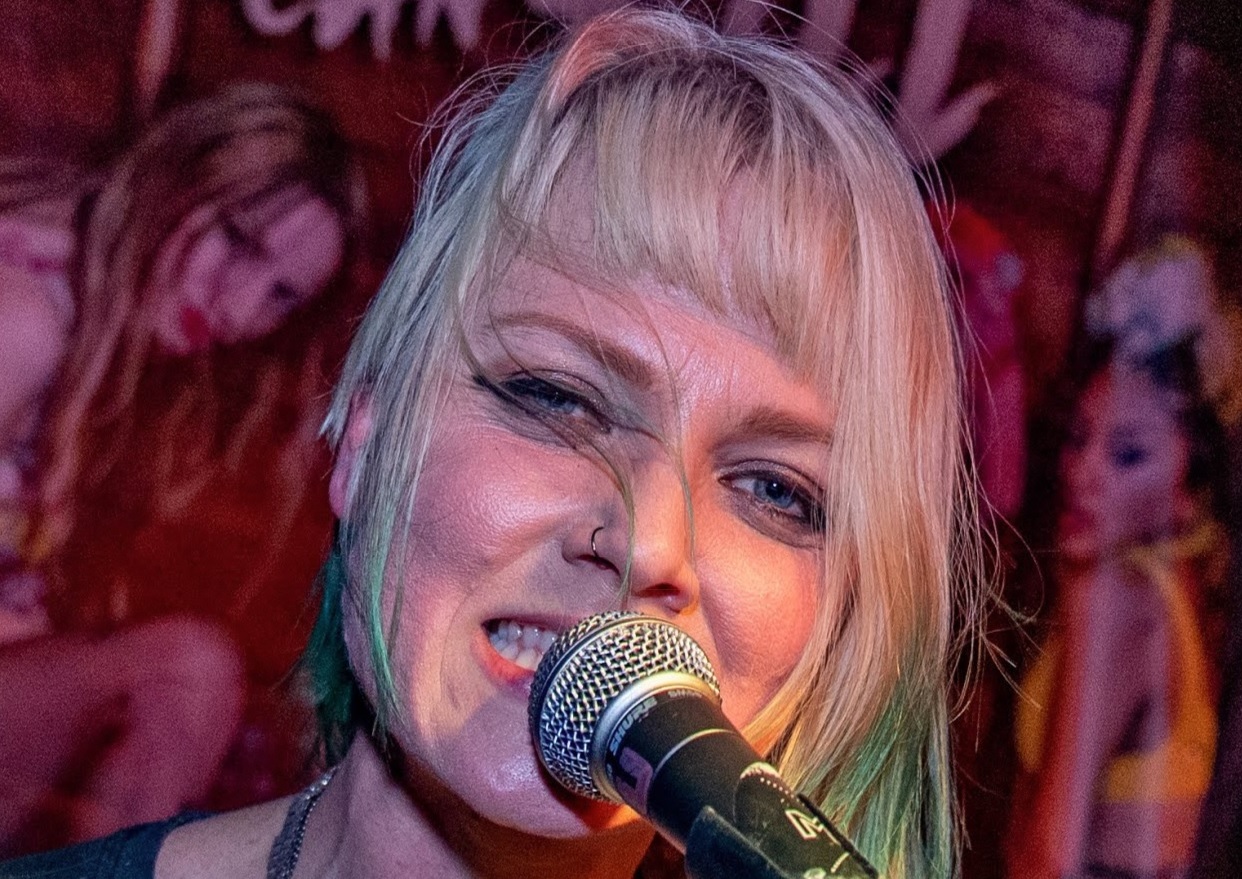 Yer Mum were established in 2016 and are a multicultural rock band who have a disregard for fashion and are based in London. The band is now a duo comprising of Anelise ‘Anie’ on vocals/bass and Fabio ‘fɑh-bioʊ’ on drums. Their music is raw, loud and honest. They call it ‘road rage’ rock. On stage, Yur Mum is energetic, cathartic and unapologetic.

Yur Mum are certainly no strangers to the Brighton & Hove News Music Team. On one of the occasions we saw them, (at The Prince Albert 27.11.19) we reported that they “were straight out of the blocks with some unadulterated and unapologetic sweaty, shouty, and quite simply honest punk-infused bullets in the head. Fast, furious, but somehow musical too, Analise and Fabio set a pretty damn high bar for the rest of the night”.

Further details HERE and at www.yurmum.com 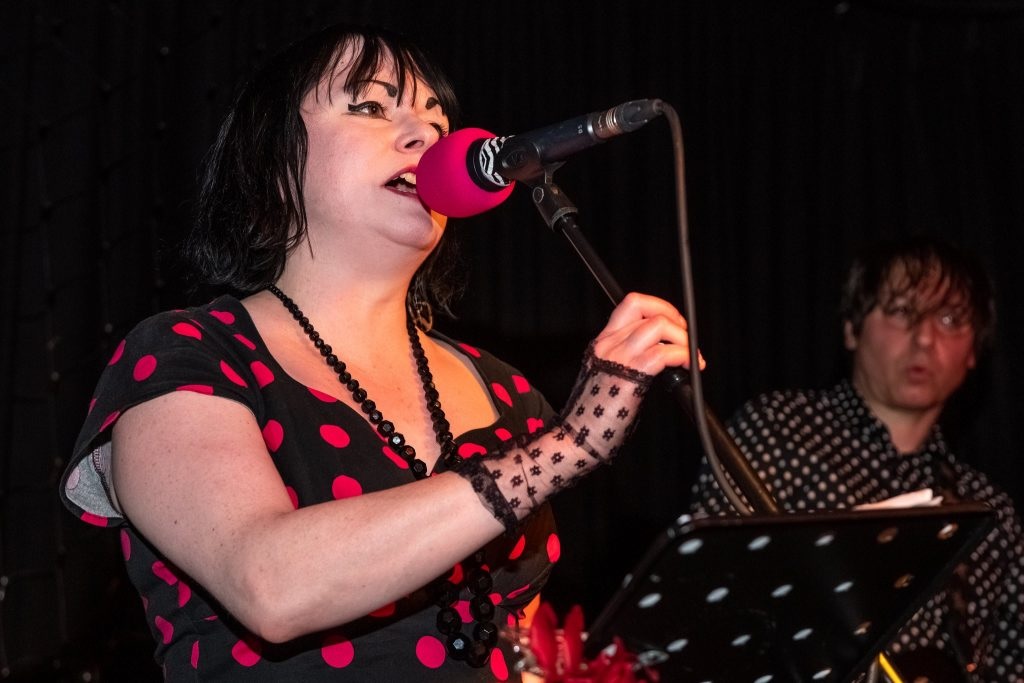 The Metatrons live at the The Prince Albert, Brighton 23.05.19  (pic Sara-Louise Bowrey Photography) (click on pic to enlarge!)

The Metatrons consists of Polly (vocals), Rico (bass), Steve (drums) and Simon (guitar). They hail from Hitchin in Hertfordshire and formed ten years ago.

Once again, the Brighton & Hove News Music Team are certainly no strangers to this lot, having witnessed them live at The Prince Albert, Brighton on 23.05.19, where we reported the following:

“The band set the tone and bar very high for an opening act. I really enjoyed them and dutifully purchased both of their albums at the end of the night. Their debut being ‘Between Planets’ which was released in 2011 and the follow-up ‘Patterns of Chaos’ saw the light of day in 2016. I understand there’s a third on its way.

After their set, I spoke with Polly and conveyed my appreciation of her Strawberry Switchblade look as well as their delightful bubblegum fuzz-pop sound akin to The Primitives. Immediately Polly’s face lit up and she produced a tote bag with the words ‘The Primitives’ emblazoned on it. I was clearly on the same wavelength. Turns out that they have played live with The Primitives. I added that there was also more than a nod to Penetration and The Rezillos, which was met with further approval. I would also add West London’s Colour Me Wednesday in order to finalise their sound”. 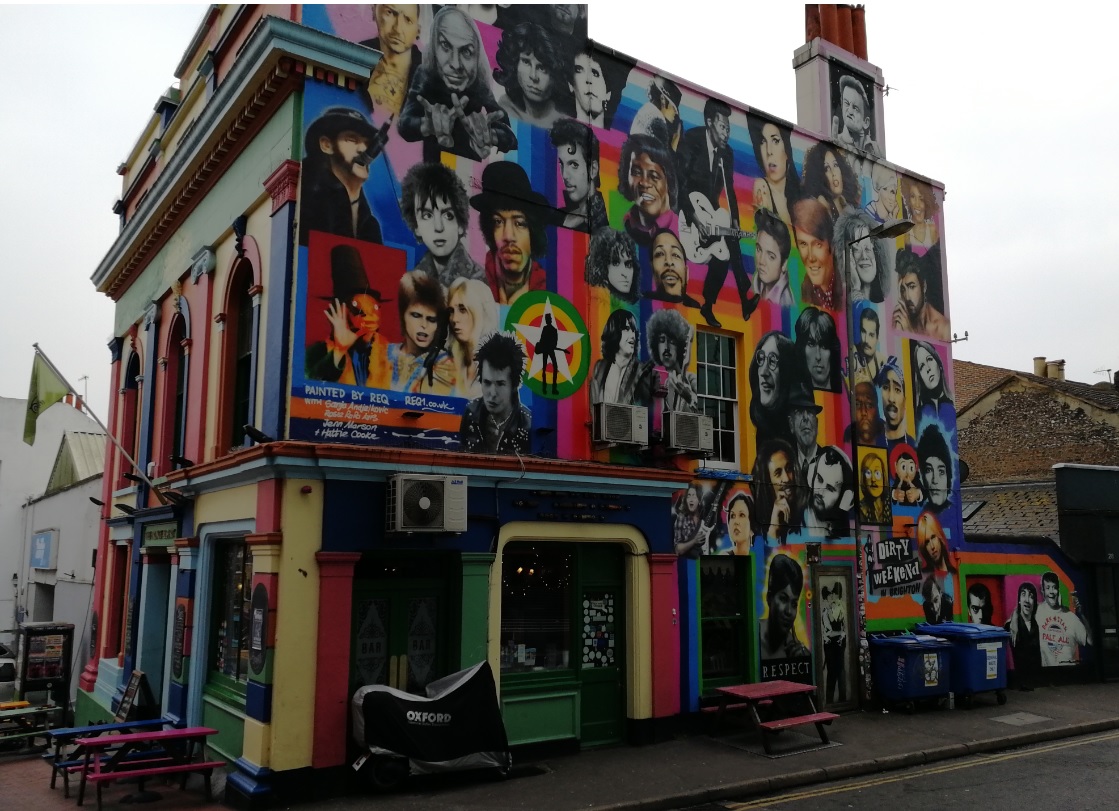 The Prince Albert will be hosting the gig (pic Nick Linazasoro)

Find them on Bandcamp and visit their website www.themetatrons.co.uk

Purchase your gig tickets HERE or from your usual ticket agency. 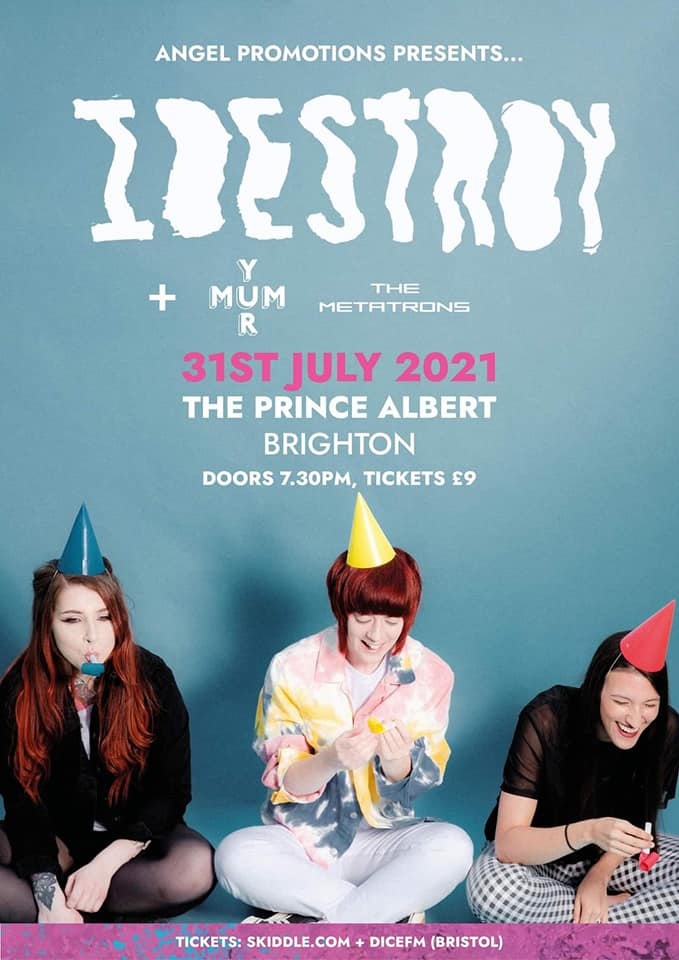