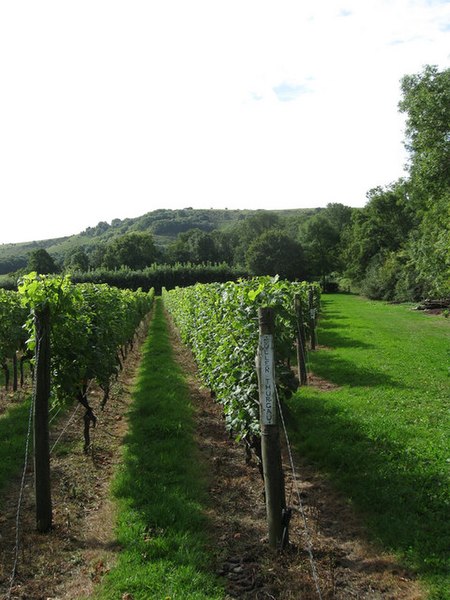 Increasing wine production could be one way of improving agriculture in the region.

Members of the Greater Brighton Economic Board backed the idea of a food plan which would support employment in the food sector, improve people’s health and reduce carbon emissions.

Sussex has a large horticultural industry, supporting 9,000 jobs and generating £1 billion for the economy.

A presentation to the board, made up of council, business and university leaders, suggested looking at how much of the South Downs National Park farmland could be used as vineyards.

Viticulture, as it is known, has increased by five new vineyards a year since 2016 as a result of temperature increases caused by climate change.

The food plan would also look at reducing food waste and improving health as more than half of adults are overweight and obese, and half of over 45s have a diet-related illness.

More than half of all the over 45s live with diet-related health conditions.

In her report, she said: “Despite the fact that the food industry in Britain is highly efficient, 4.3 million tonnes of food is wasted in the supply chain.

“For example, families spend nearly a fifth of their budget on food but throw away the equivalent of six meals per week.

“The global food system is responsible for up to 30 per cent of total greenhouse gas (GHG) emissions, and if our diets met dietary standards, the greenhouse gas emissions from our food would drop by 17 per cent.

“The Greater Brighton City Region includes all links in the supply chain to work through from farm (and sea) to fork.

“Understanding how to create food supply chain resilience and discovering where opportunities exist for businesses to shorten supply chains is now critical.

“Brexit related food resilience planning has revealed many supply chain issues. These present a pathway to learn how to adapt to shocks and develop resilience.”

Brighton and Hove City Council owns 54 farms and was described as a “principle landowner” by chief executive Geoff Raw.

He wanted to see the city working closely with its farmers to improve food resilience.

Labour councillor John Allcock said the introduction to the strategy did not include supermarkets, but the strategy could include lobbying and supporting local suppliers.

Board chair, Crawley Borough Council leader Peter Lamb said councils need to be doing this work, and there were benefits to working together.

However, he pointed out all the borough and district councils on the board were subject to control from the county councils.

On taking over as chair Councillor Lamb had shared his frustration about the board creating strategies and receiving presentations about issues when he wanted to see action.

He said: “I do feel a lot of the strategic stuff disappears into a black hole where it is never implemented unless it is built directly into a council’s decision making structures.”