Another coffee shop in Hove? Give us a break!

But Costa Coffee was granted planning permission to put up what was described as an “ugly grey shed” in the corner of the Goldstone Retail Park between Nando’s and TK Maxx.

Conservative councillor Samer Bagaeen said: “This application represents a failure to engage on a colossal scale and is a huge black mark on Savill’s role in promoting this unnecessary café in this location.

“Engagement is normally vital to ensure that those people who feel so connected to their local communities, whether in Hove Park or in Goldsmid in this case, and have such civic pride in the places they live, also feel ownership over the future of their cities and local areas.

“What’s been proposed is a hideous, ugly grey shed with zero design input. It should be refused on ugliness alone. I cannot see how it complies with any of our policies on design.

“Additionally, the applicant has not conducted a capacity analysis of the car park and the impact of increased traffic on spaces in the car park.

“This is important given the poor access for pedestrians within the car park, even after the recent resurfacing.

The Hove Park ward councillor, who is a professor of planning, told Brighton and Hove City Council’s Planning Committee: “This application, in my mind, presents a failure on many fronts and you should deny planning permission.”

He said that national planning policy “put beauty at the heart of the planning system to help you reject developments such as this”.

Councillor Bagaeen added: “The ‘Building Beautiful Places’ plan means that good-quality design will be paramount, with local communities put at the very heart of decision-making to help shape their towns and cities.

“The applicant has ignored the local community in this application. Colleagues, you are better than that.

“The main considerations in the determination of this application should also relate to the impact of the proposal on the character and appearance of the wider area, the impact on parking and highway (and) pedestrian routes, and the impact on the amenity of occupiers of neighbouring residential properties.

“I urge you to reject this application.”

Independent councillor Tony Janio said that the other buildings on the Goldstone Retail Park were “not exactly the Taj Mahal”.

And Labour councillor Daniel Yates asked which buildings at the retail park should be treated as a benchmark of beauty.

Labour councillor John Allcock, who represents Goldsmid ward, said that although the site was in Hove Park ward, it was on the border of Goldsmid and affected residents in Goldstone Lane.

He said that residents’ homes overlooked the site and many had raised concerns about the adverse impact of the scheme, especially if 24-hour opening was permitted.

Councillor Allcock objected on three main grounds – the lack of benefit to the community, increased traffic congestion and problems such as noise and other nuisance linked to 24-hour opening.

He said: “There are already two fast food outlets on the east side of the car park next to Goldstone Lane that both sell drinks.

“In addition, there are some independent coffee shops in the locality which could be adversely affected by the proposed development.

“Interestingly the University of Oxford’s endowment fund own the retail park and receive income from lettings on the site and Coca-Cola own Costa.

“This, along with expected reported wages for a Costa’s catering assistant at £8.21 per hour, is likely to bring little direct benefit to our city and does not meet the council’s community wealth-building aspirations. 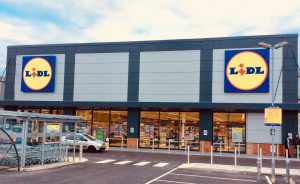 The new Lidl at the Goldstone Retail Park in Hove

“Since the opening of Lidl on the site, the traffic in the area has become congested. Most days the car park is full. Losing four spaces (for the Costa branch) will further create issues and another outlet will also create more traffic on the Old Shoreham Road.

“Twenty-four hours operation is my biggest concern. There are already two existing outlets which provide food and drink at the retail park and neither of them stays open 24/7.

“The proposed 24-hour opening times applied for will change the nature of the retail park which has previously had strict hours for opening applied to both retail and hospitality outlets.

“Round-the-clock opening will encourage more cars, motorbikes and pedestrians late at night and in the early hours – and the resulting noise will disturb the local residents who live in Goldstone Lane, and the new developments in the area.

“The proposed outside seating area will also mean increased noise.

“I have already noticed people hanging around in the car park outside Lidl later into the evening and often being quite noisy. But at least they currently tend to disperse when Lidl closes at 10pm.” 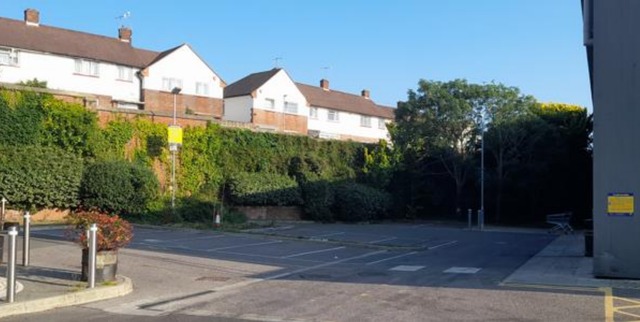 Labour councillor Clare Moonan questioned figures suggesting that there were 23 spare parking spaces at the retail park even at the busiest times.

She said: “I don’t accept there is capacity there. I’ve parked there myself recently. I do accept that most people who are going to shop at Costa are probably already there shopping somewhere else, so it’s not going to be an extra journey.”

Despite the criticisms and reservations, the council’s Planning Committee granted planning permission for the outlet at Hove Town Hall this afternoon (Wednesday 1 September).

Councillor Yates said that he welcomed the prospect of better coffee at the retail park, having sampled some of the alternatives.

He said: “We’ve seen takeaway coffee sold in this area. We haven’t got a coffee exclusion zone set up in this area because Sussex Police are worried about the impacts.

“I don’t think we should seek to restrict people’s access. Having tasted the coffee available in other parts of that retail park, I think we should be encouraged that we’re having some slightly better-quality coffee appearing on the retail park if only to protect young people from bad coffee.”